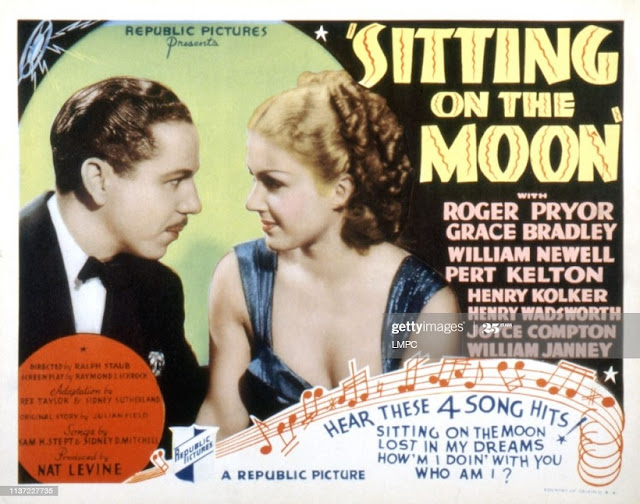 Struggling songwriter Danny West and his friend Mike help down-and-out actress Polly Blair, who's been blackballed by everyone in the industry after she pissed off the wrong boss. Danny writes a new song for her, finding the first inspiration in months, and he produces the hit number Sitting on the Moon, which instantly propels Polly to the stratosphere. Events conspire against Danny however when a woman he seemingly married while drunk comes knocking, putting a wedge in any potential relationship... 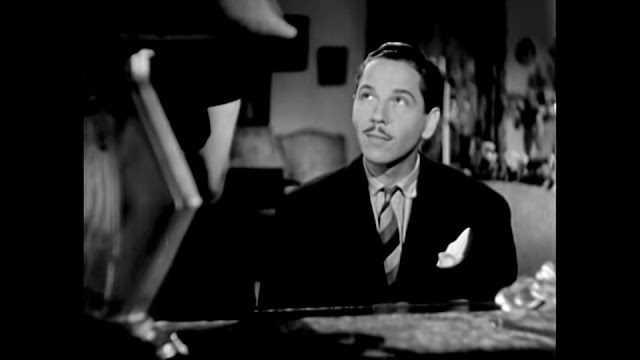 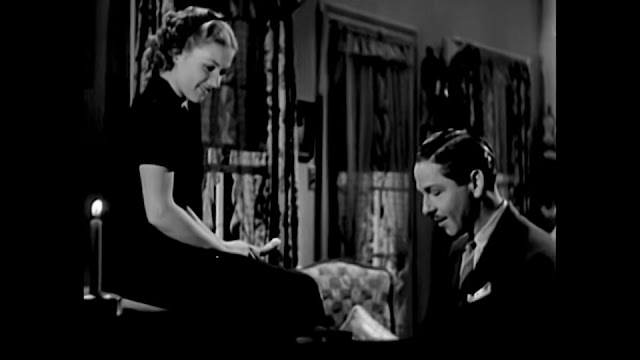 1936's Sitting on the Moon is a perfect example of the musical-comedies of the era. Funny, sweet, and full of [intrigue] and punching double-crossing record bosses on the nose!

In only 52 minutes, Sitting on the Moon delivers what modern movies take two friggin' hours to do! I'm not saying I wouldn't have liked this to be longer, since more time with these characters would be a treat, but when a movie's able to supply a beginning, middle, and end, with complete character arcs and music to boot, all in 52 minutes, you know you've got a real winner on your hands! Classical movies really managed time a lot better than newer stuff. 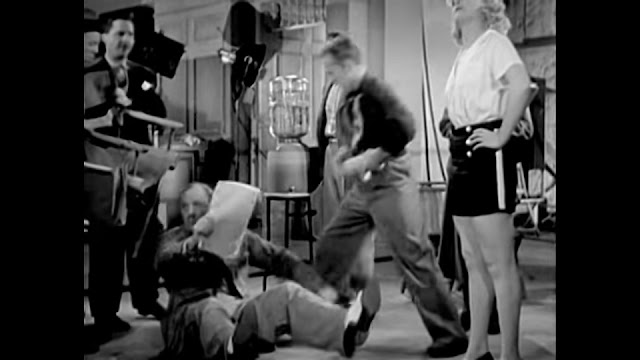 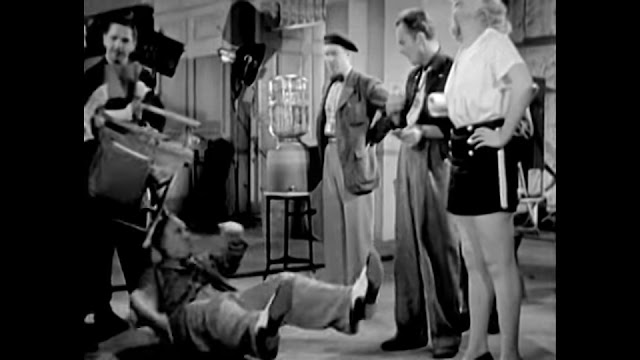 The story is a good one, with identifiable characters, who are always likeable, and never annoying. It's nice seeing them successfully make it to the bigtime, and their lows are suitably dramatic. Things come together well, building up to a great climax.

The 'drunk marriage' plotline is good, and opens the movie in a funny way, though it doesn't play a huge role. Its purpose is more in the impact it causes, and it's resolved entirely offscreen. There's good and bad to this. On one hand it's a little annoying that the heroes don't get to take care of business themselves, but the story is more about the = career than it is these crooks, so I understand why they don't get a part in the climax. 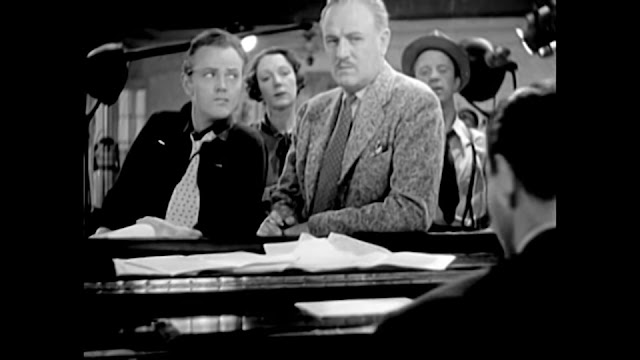 Danny is a fine lead, always honourable, with enough [naughty] behaviour to make him funny, but not enough to make him an asshole. He always comes across as a real good bloke, and you'd want this guy as a friend! Polly is the same. She's a nice girl, always humble, and will throw her own chances under the bus if it means someone else got a leg up.

Meanwhile, Mike and Mattie being fun comic relief, as well as helpful sidekicks.They're never useless, and always play an important part. The remainder of the cast is good, from = musicians, villainous record producers, and understanding landlords, as well as devious 'wives'. 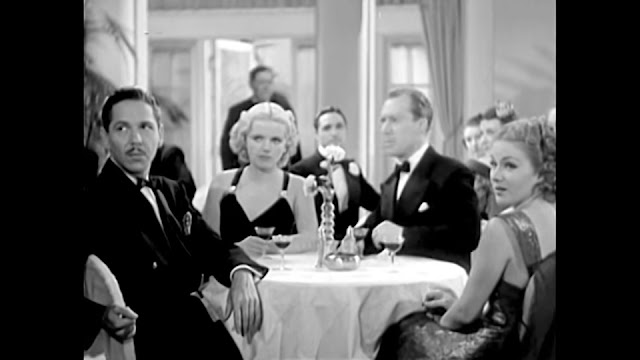 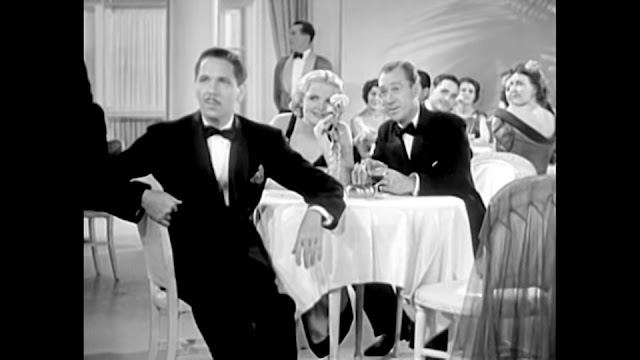 The romance is a highlight, with it happening naturally to two people simply getting to know each-other over a period of time. And the movie also values their friendship just as much as their =, which you don't see often! Characters always just fall in love at the drop of a hat, and you don't really see them just hanging out and =.

I also like that after the big misunderstanding (or = marriage in this case) causes a rift, the reunion is spearheaded by Polly herself! Rather than be still hating ='s guts, time has passed and she recognises the state of things, so she seeks him out herself, while he's just trying to keep above water. Normally it's the guy who has to do all the work in =, so it's refreshing to see the girl be the one to realise everything all on her own. 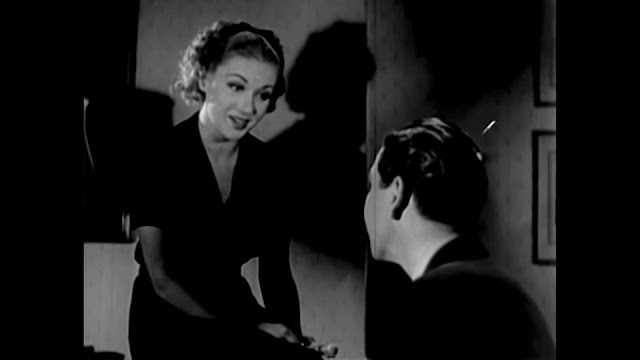 What I like most about these characters is not only how much they understand and care for each-other, but how they stick together in a fix. Even though Polly's been blacklisted by every producer in the business, Danny steps up to give her a chance. And she does the same for him in the climax. Even though he's persona non grata, and her playing his song would mean the end of her career (if her asshole boss has his way anyway), she does it anyway without a second thought. It's inspiring!

There are good themes on display here, such as the aforementioned sticking together, but also of the perils of = in the music industry. The movie shows how conniving and underhanded bad] bosses could be, including the way they'd try and throw stars under the bus on the grounds of being 'temperamental', just because they had the 'nerve' to wanna sing a certain song or help out =. Thankfully the movie presents these problems with a happy solution, rather than just dwelling in the misery and presenting nothing. 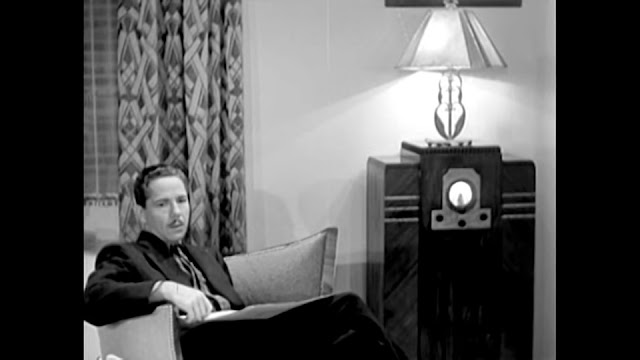 The actors all do good jobs here. They're a nice mix of funny, romantic, and dramatic, balancing everything well.

The soundtrack to Sitting on the Moon is largely made up of the song Sitting on the Moon, who would have guessed! Despite only having the one song to bandy about for the most part, it works effectively and efficiently. It's a nice song,    Lost in my Dreams  melancholy but light. Thank God, you wouldn't want a dirge for the grand finale! There's other scoring and songs here, which are nice enough, even if not as prominently featured as the rest. 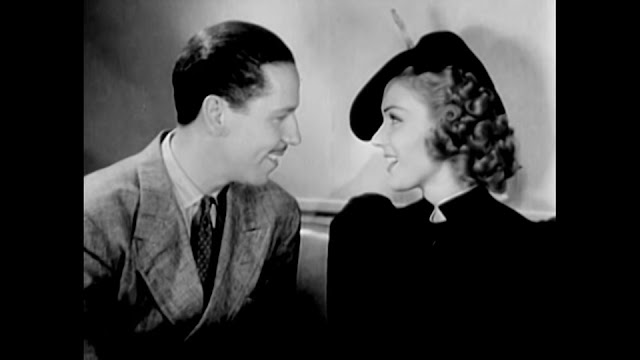 Sitting on the Moon is a lovely musical romance, and the perfect antidote to a cold rainy afternoon. It's got just enough of everything. Not sappy, enough to laugh at, great music, and a fine story! And all in a short package. What more could you want...
Posted by Chris Hewson at 11:59 PM