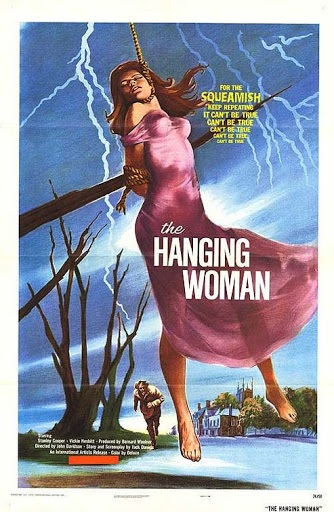 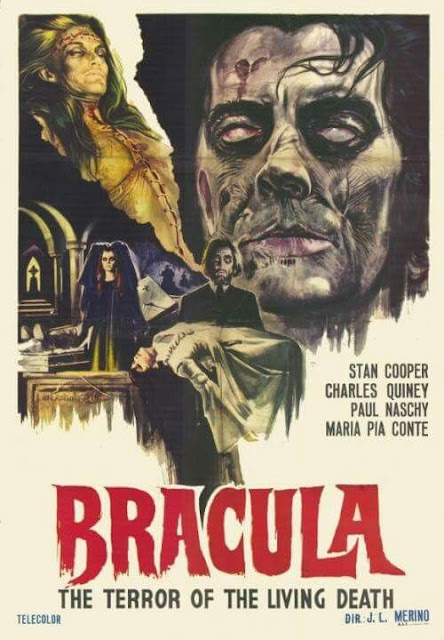 In a quiet country town, mysterious things are afoot. People die suspiciously, townsfolk shut their doors out night, and anyone who goes out into the cemetery is considered a fool. When young man Serge Chekhov arrives, to hear the will of his recently deceased uncle, he discovers a household full of secrets, deadly to those who insist on uncovering them. From a hanged woman, to graverobbing, Chekhov has his hands full solving the mystery of what's going on here, while trying to evade suspicion from the local police. Who is guarding the secret of the living dead?... 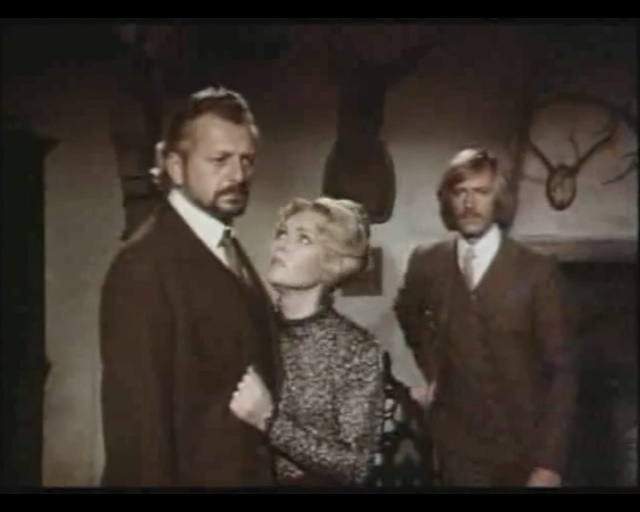 Spain in the 1970s was a fertile area for Gothic horror, some more lurid that others. They faced some difficulties, whether it be money, censorship, or creative, but they persevered, and delivered us some real classics! And real stinkers too, but enough about The Witches Mountain! Today I'm looking at The Hanging Woman. 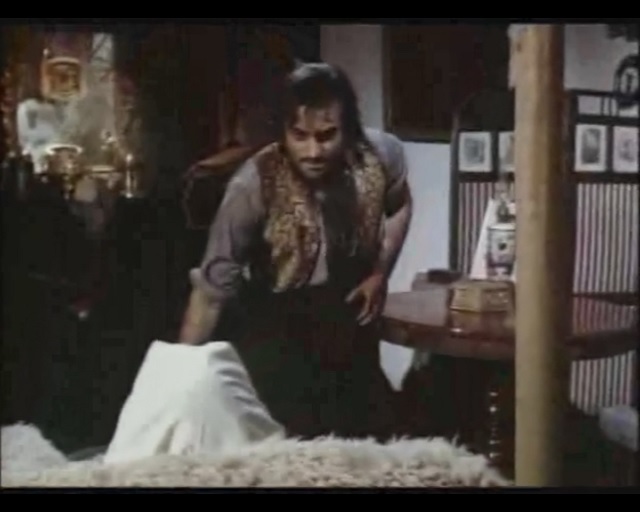 The story s a good one. It's by no means perfect, and there are a couple of lulls. Plus, it's never boring, but it does take 50 minutes before the plot really gets started. Yes, I know that sounds crazy! Trust me though, he film does keep your attention during most of that.

The film hits a really good balance of luridness and tastefulness. There's plenty of smutty goodness on display here, from bare breasts, to hearts being removed, necrophilia, and more, but it all comes at a good enough clip that it never feels like the movie's just throwing as much crazy stuff at you at once to shock you just for the sake of it. It actually understates some of the creepier elements, which might disappoint some.

Where The Hanging Woman gets most interesting are its undead! Not sure if mentioning them is a spoiler, but hey, if it's good enough for the poster and most titles, I suppose I may as well. It handles them well! They appear just enough to build up suspense and mystery, and making for a great climax, but not appearing so little that you wonder what was even the point. 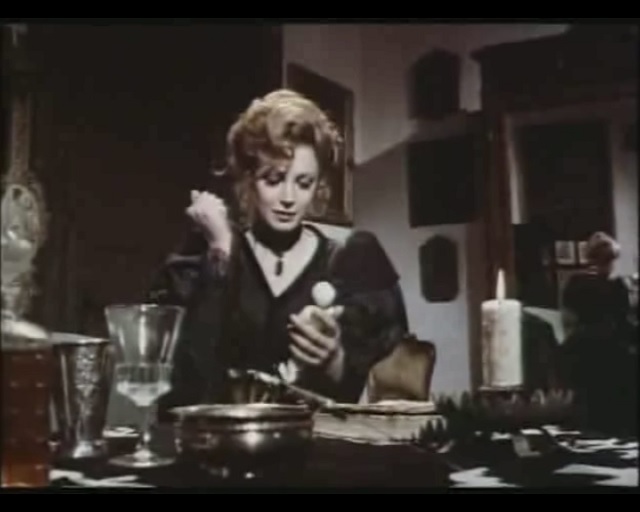 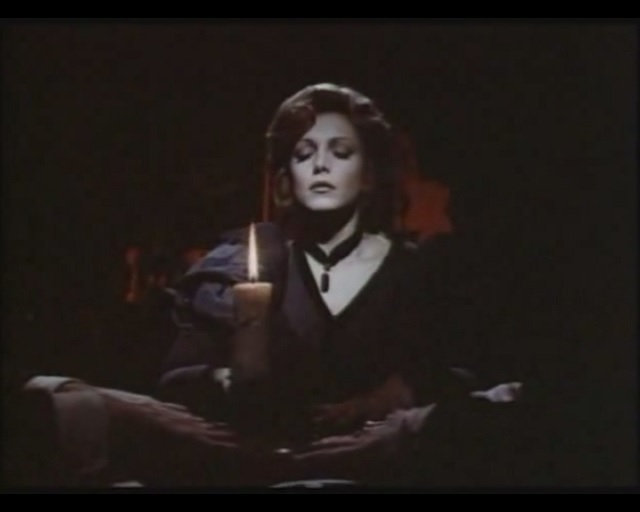 The hero of the film is Serge Chekhov, handsome and dashing young man from out of town. His character confused me a little. He's utterly milquetoast/unremarkable for the first 50 minutes, before suddenly swerving into serious asshole territory when he gets Doris to undress for him, to show how much she wants him to keep the house! The whole time watching that scene I wasn't sure if he was really being sleazy, or if it was just part of some plan. Still not sure, but I'll be generous and assume the latter. He also gets a bit psychotic when he makes sure Igor is really dead by stabbing his corpse. Dude, he tried to warn you, and kinda died to help you! Not cool!

Doris is a typical damsel in distress, whose dialogue often comprises of "Help me, I'm scared, don't leave me!" when trouble is afoot. She does show some smarts in the finale though, when she plays dead to avoid the zombies. 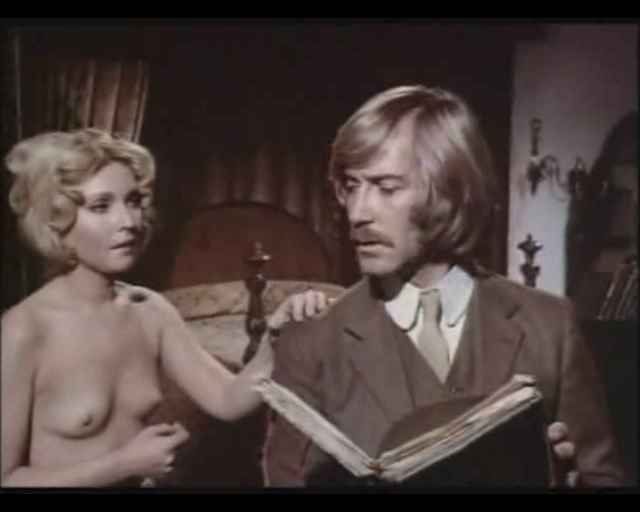 Professor Leon is an interesting villain in that he's not motivated by creating an army of the dead and taking over the world. Quite the contrary, actually, given certain developments. And I dig the glimmer of humanity that ends up being his downfall too. He's quite a good villain despite only a scant time to be one. He monologues, and he schemes, not to mention getting killed by his own creations. That's to be expected.

There are a few cheesy moments in The Hanging Woman that may be intentional for all I know, such as Nadia looking into Chekov's room after a big struggle with Igor, and immediately writing it off as all his imagination. Another amusing moment is during the seance, where she's a real dope! And there's her unsuccessful romancing/seduction of Igor early on. 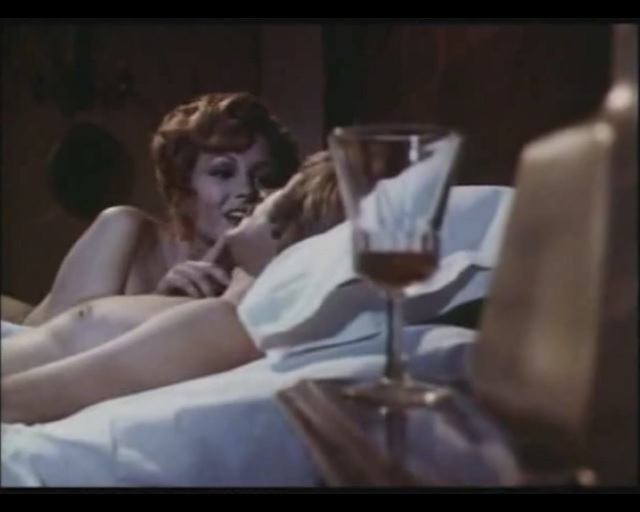 One issue is that there are some abandoned plot threads, such as the butler and his egotistical ramblings about being the king of the household, knowing all the secrets. All the other elements that never go anywhere (such as the sinister witch Nadia) are good red herrings, but he felt like a dropped [potato]. I was fully expecting him to have been the head of some satanic cult operating in the house.

The final act is tense and satisfying! One amusing moment is when the heroes are startled by a musty skeleton, and Chekhov immediately fills it with 5 rounds! I get shooting it once when first startled, but one would think you'd realise it's only a skeleton before the next four shots. It's a good thing he's in a movie, so his six-shooter still has another 9 shots left. 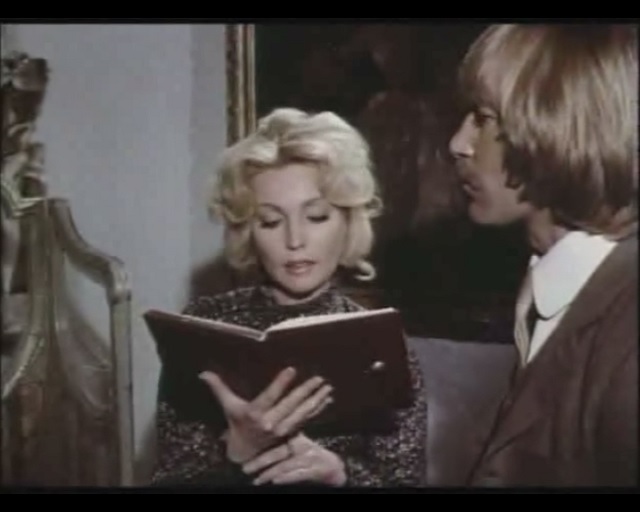 Following that, [Chekhov gets into more and more serious for trouble with the police] we get a really great reveal, even if the villain's identity was plainly obvious (for crying out loud, he was quite open about experimenting to resurrect the dead!), and Chekhov's way of writing is a tad crazy. There's also a really clever use of a knife with fingerprints, and a hilarious use of the term 'logical'.

The acting here is mixed. There aren't many great performances, but none terrible, at least that I could notice. I saw the dubbed version, which is pretty good for the most part, though very cheesy, and low-rent at times. My favourite performer was the booming police chief. The guy dubbing Chekhov gets very funny in his more over-the-top moments too, injecting some life and laughs to the proceedings. 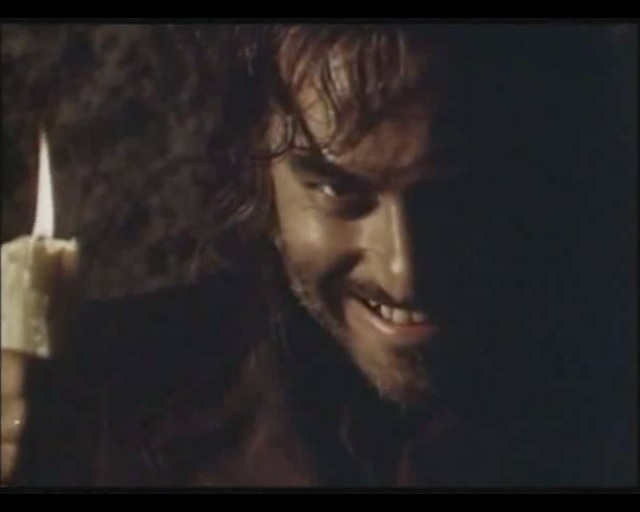 Since he was busy with another film at the time, Spanish horror great Paul Naschy only features in a supporting role here, but it feels worth our time. Even if it's not a huge part, it doesn't feel like a walk-on role that's done in 5 seconds. He's brief but memorable, and appears consistently throughout.

The effects in The Hanging Woman are pretty neat! There's a really good decapitation, with a convincing model head. Another impressive moment is the surprisingly detailed autopsy scene! It's clearly fake, zoomed in a lot to cover this up, but I still applaud the creativity. The zombies are well designed too, looking convincingly rotting, and at different stages too.

The ambiguously European setting is very good, with the spooky mansion, creepy graveyard, and sinister laboratory all giving a nice sense of atmosphere. The direction is good, and has a very nice use of shadows. Nothing is too bright or too dark. There are a couple of interesting scene transitions. The first is very good, but/though the second is a bit quick and confusing. Kudos for the thought though! 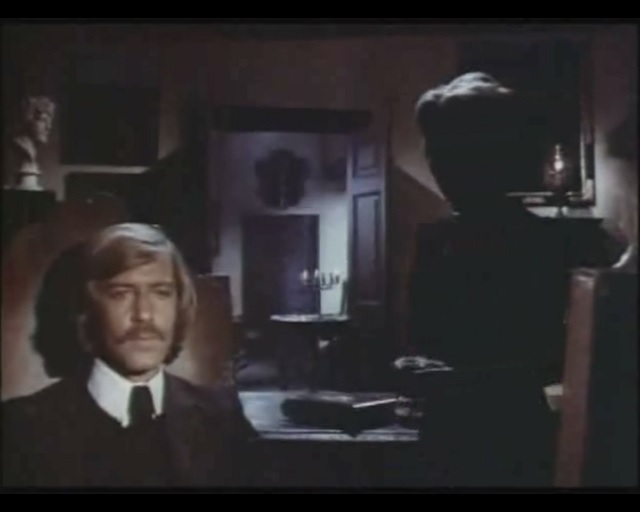 The music here is pretty minimal, but what's present is nice, from traditional spooky/tense tracks, to the deceptively childlike lullabies.

The Hanging Woman is a surprisingly fun watch! It's not the greatest horror flick out there, not even the greatest Spanish horror by a mile, but it's still got plenty to enjoy, and is well worth a watch...
Posted by Chris Hewson at 8:26 AM