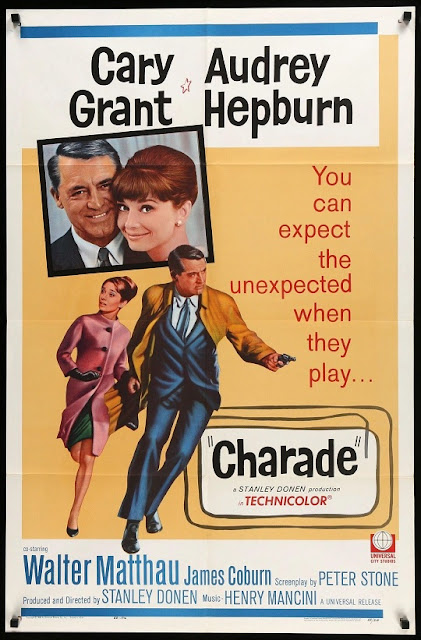 Alfred Hitchcock was a busy bee in the 50s and 60s, forming a habit of  his typical suspenseful romantic adventures  French  One such film that he didn't make, as it happens, was 1963s Charade. I coulda sworn this was a Hitchcock film when I first saw it, but nope, Stanley Donen and Peter Stone. Often regarded as being 'the best Hitchcock film Hitchcock never made', let's dig into Charade... 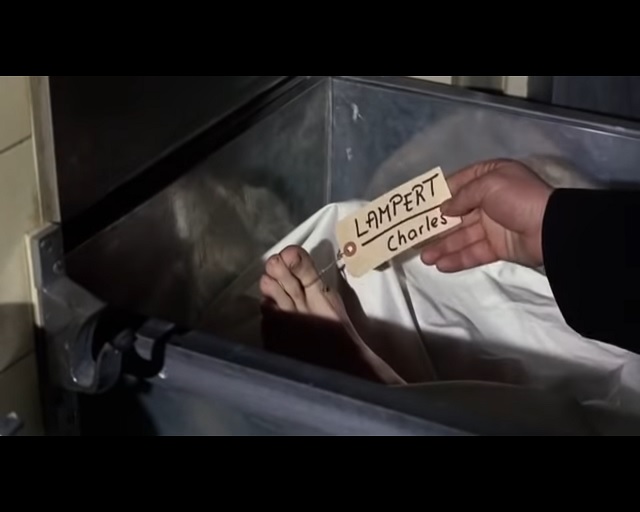 Regina Lampert is an unhappy wife, married to an annoying and secretive man. With half a mind to/her mind made up to divorce him, life solves the problem for her when Charles Lampert turn up dead-thrown off a train. The police are quick to tell Regina that Charles was hiding something, holding more passports than good sense. This intrigue becomes deeper when Regina sees several suspicious characters at the funeral. They soon begin threatening her for some money, and it turns out Charles had stolen $250,000 from these old friends, and they want it back. Could they have murdered Regina's husband? And who is the mystery man who keeps popping up to help?...

Charade is a great time! It's an effective combination of a few different genres, from comedy, to thriller, romance, with dashes of espionage and mystery in for good measure. A little bit of this and a little bit of that goes a long way, and it's entertaining from beginning to end. 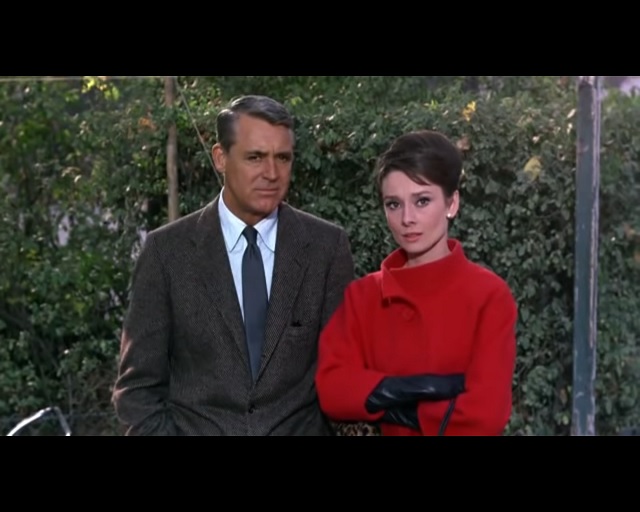 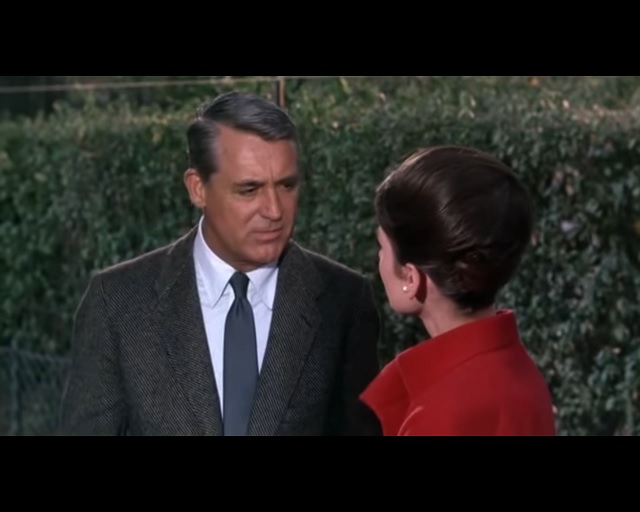 The plot itself is rather thin. It never really advances beyond 'Regina has the money somewhere, but nobody knows where it is', because if the money was found, the movie would be over. The film keeps the story chugging along with a mixture of building up mystery, clashes with the three villains before an uneasy alliance, and a mystery killer picking off the thieves one by one. The main thing Charade does to [alleviate] the thin story is what I'll get into next.

Charade is a well-known example of the screwball genre, and is one of the definitive latter-day entries. The banter between Regina and Cary Grant is hilarious, as are the situations they get themselves mixed up in, or the nice little dates they have. The movie balances all its elements very well, and it feels like the screwball element is what really ties them together. This would be a bare movie without the wicked sense of humour. There's only one real problem with Charade, and that's its length. It's two hours long, and while no scene is unnecessary or tedious in its own right, a lot of them are longer than they need to be by a minute or two. This adds up, and before you know it a movie that could have been a quite snug 90 minutes has an extra half hour tacked onto it. This issue doesn't sink the film by any means, and Charade is still light years more enthralling/entertaining than full-one borefests I've seen, but it's still worth mentioning. 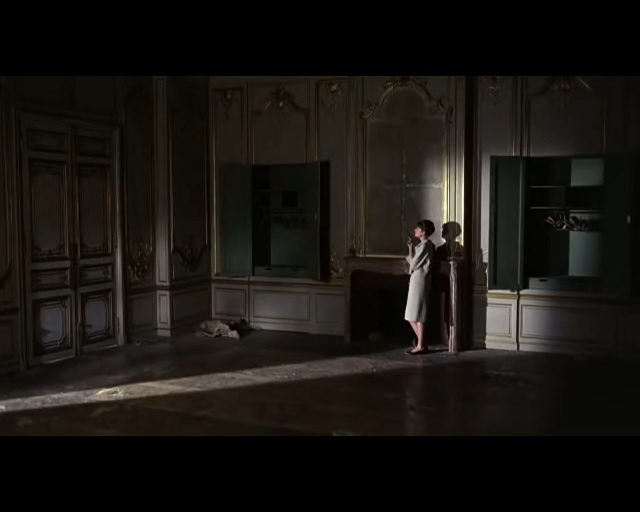 The characters are a great bunch. Regina is a nice lead. Dissatisfied and somewhat bored, but not in a bitchy way, and she's nice. She's clever, witty, and while she may not be a physical match for anyone else in the cast, she can more than make up for that in other ways. Cary Grant's character (whom I find it difficult to give a concrete name, for reasons those who've seen the movie will know) is bundles of fun, and you never really know whose side he's on, or what his game is.

The duo share great chemistry, and while there is a noticeable age difference, the movie plays into this (done to alleviate Grant's concerns). There are cracks made about his character's age, often by Grant himself, while Regina is the one pursuing him like a tiger.

The three villains are an effectively threatening and conniving bunch. they each feel distinct, wit their own eccentric or psychotic foibles, and each look different from the other too. 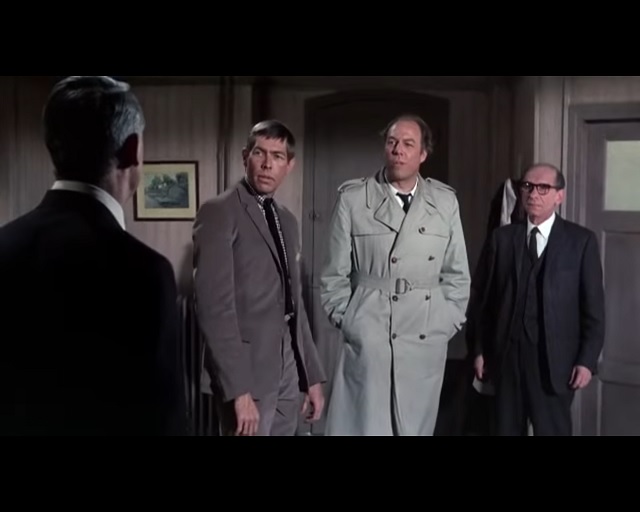 The actors in Charade all do a marvellous job! They bring the script to life superbly,  animated
Audrey Hepburn is a perfect lead, petite and younger, but with a sense of maturity too. Cary Grant is his typical lovable rascal self. The trio of George Kennedy, James Coburn, and Ned Glass are great as the villains

Walter Matthau is great. He has a nice everyman quality to him, and his voice gets strange at times, in an effective way. Jacques Marin is good as the befuddled/bemused detective, and the remainder of the cast are fine. 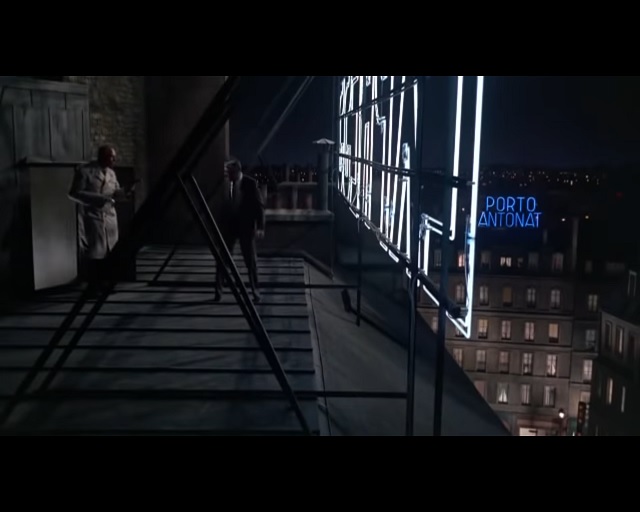 The direction here is very good, with the fight or suspense scenes well executed, and simple conversations are given a nice look. Shot on location in France, Charade looks great, with 1960s Paris never failing to be the perfect spot for romance and adventure

The music by Bernard Hermann is fantastic! We get adventurous tracks typical of his soundtracks, and also more melancholy ones, that go a long way to building the mood. He was a master composer, and here is no exception. 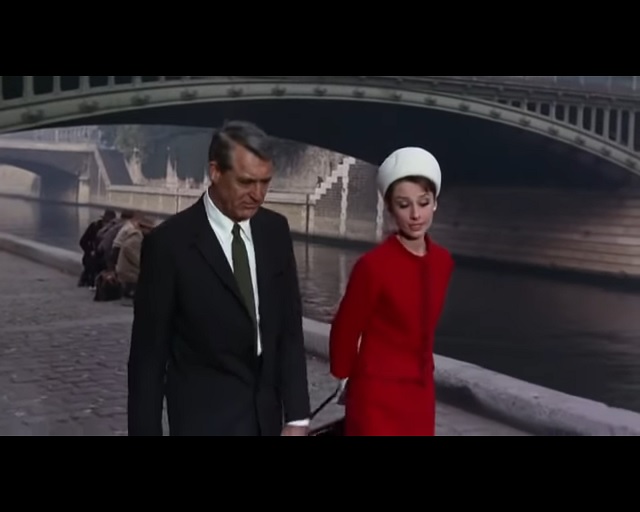 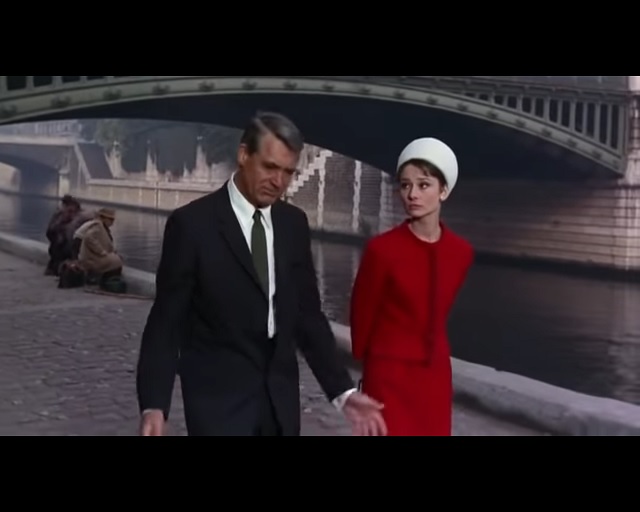 Charade is a great watch all round, and I highly recommend it!
Posted by Chris at 11:59 PM