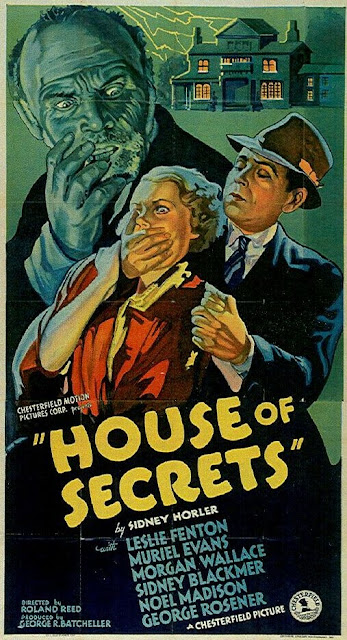 Barry Wilding is a good-looking young American visiting England for a holiday, when he's visited by a solicitor with important news-He is the sole heir to the Travanyan estate and fortune. Once he's convinced this is legit, Barry eagerly goes to inspect his new home, the Hawk's Nest, but finds it occupied by gun toting thugs who drive him away. Faced with a strange conspiracy, somehow involving a sweet girl he met on the boat ride over, Barry is determined to dis/uncover the truth... 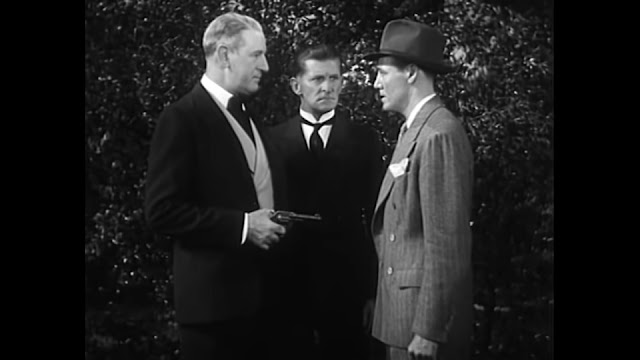 The House of Secrets is a movie that seems to have all the right pieces, but things just go very wrong. By no means is it a bad film, and it's even got some things I enjoy, or at least see how they could have been good. But where it fails for me is all in its presentation. Just about the entire movie, lead character Barry is left in the dark, and we the audience are in the exact same position! Whenever Barry asks what's going on, he always gets the answer "Don't ask me to explain" or "I can't explain", and this continues for a soul crushing 58 minutes, in a 68 minute film!

This is absolutely ridiculous. It's not that I mind the mystery being kept up, since you've gotta have that intrigue. No sense explaining it all in the first 5 minutes. But there comes a point when you're just taking the mickey/piss. The story here is never advanced. The hero just ambles about hoping to find something, never toes, and people tell him to bugger off, and this constitutes a whole hour. When the story does finally come in the last 8 minutes, the viewer has probably long since switched off/tuned out. God knows I had! 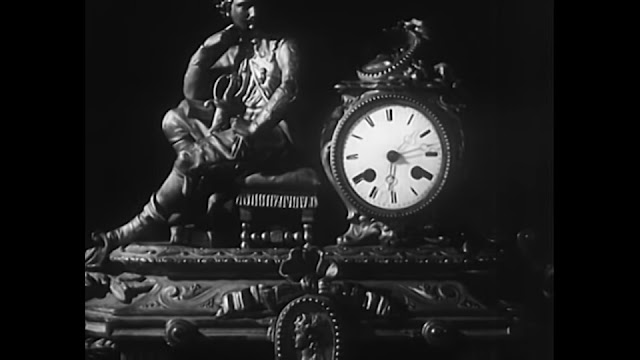 It's a shame, the characters, acting, and story itself actually aren't half bad, but the movie values secrecy so much that we're never really allowed to enjoy it. The pace isn't natural, downright boring in places, and most of the scenes are just people talking in non-descript offices. Some locations do pop out a bit more, but that's about it.

Now let's discuss that story in a little more detail. If you don't want spoilers, you can just avoid this next paragraph, but since the movie never bothers to =, I will. The secret of the house is that the government is trying to restore the mind of a famous scientist, so they can recover his secret formula that will revolutionise the war effort. That's it? A perfectly sound plan, sure, but why couldn't they just tell Barry that! Just say "Hey man, can we rent your house for 6 months?", and once he hears it's for national security, he'll be glad to help. He's a patriotic young American after all. But nope, they've gotta make it all a big suspicious conspiracy, causing them to get way more attention that if they'd just told the poor sap! 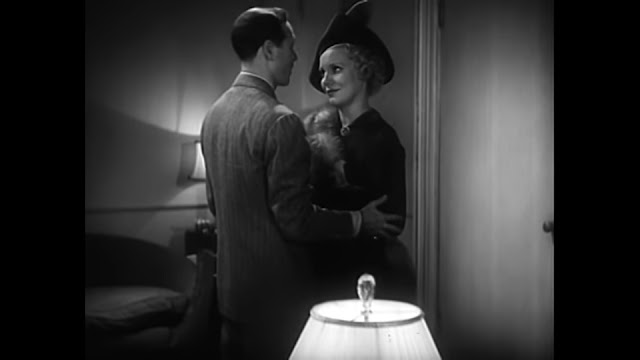 Then comes the climax, which is all kinds of ridiculous! The gangsters tie up the house's occupants, and believing they're hunting for the treasure too, they threaten them with deadly poison gas if they don't talk. This ignores the fact that the gangsters are in the same room! They'll die too! But also, how can they talk if they're dead? It's even shitty as a simply bargaining tool. You can threaten someone to talk with a gun, but one whiff of that gas (which they let out liberally) and they'd drop dead!

Then the crook turns the gas on fully and leaves the room. In the time it takes for them to do some digging, and Barry to come down and stop them, you'd assume everyone in the room would have friggin' died, but apparently this deadly gas isn't so deadly after all. Since the door's locked, Barry saves the day by...and you'll never believe this, by shooting a glass vial that just so happens to contain a formula for destroying poison gas! Man, that is ridiculous! And the film had been so staid up until this point, then suddenly we get crazy stuff like that! Also, Barry's lucky it wasn't flammable, otherwise he'd roast them all like KFC! 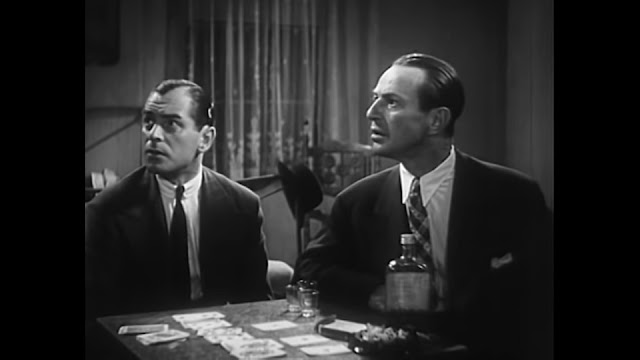 While the main plot is kept under wraps for almost the entire film, we get a few tiny tantalising hints, like mad cackling in the night, and a trio of gangsters. It turns out they're investigating something totally unrelated. I liked the treasure storyline, even if it technically isn't related to the main plot at all.


How is it even a cryptogram when it tells you exactly what to do?! The gangsters are such dopes that they're looking in the earthen basement for =, when all they had to do was turn the knob on the fireplace. Yeah, it turns out that's what the 'cryptogram' meant when it said to turn the knob on the fireplace, who'd have thunk it! However ,I will forgive the movie just about all of that for the hilarious malapropism of 'crippled gam'. 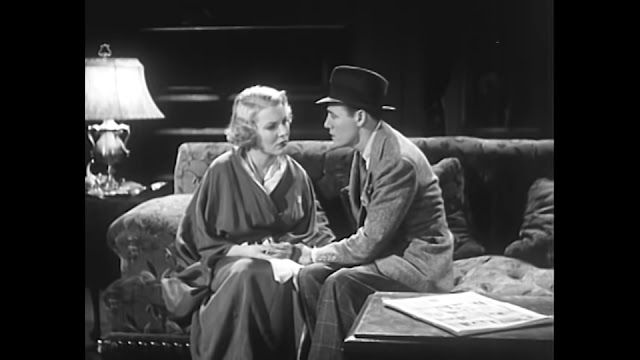 Getting into another issue, there is a major hurdle the audience has to/is expected to buy from the outset, and it's nothing to do with the zombies! Rather, it's to do with home ownership. The plot would be so easily solved if Barry simply went to the authorities  but he rarely does, and the few times he does, they act as if he's crazy. If you assholes would just check the paperwork for even half a second, you'd see he is the owner, and the entire issue/dilemma would be solved, just like that!

characters   Barry is endearing and likeable, despite being an American in a British film   rather than act as an investigative duo  spend most of their screentime apart,   only interaction they share for the majority of the film is "What's going on?"-"I can't explain".   On the romance front, this  really fails, as these characters know nothing about each-other, and rarely interact except  Overall, she causes so much trouble for Barry that she's really not worth it! I've no idea what he sees in her. By the end though, she is nice enough. 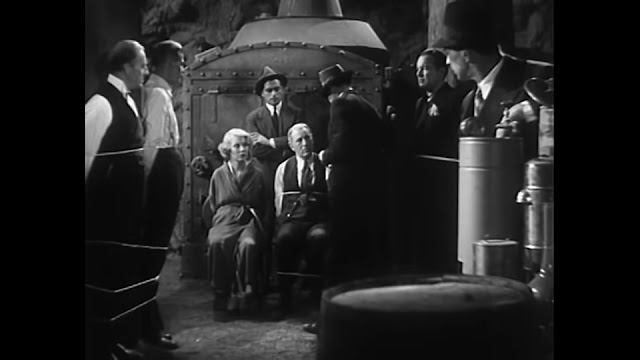 The actors are all perfectly fine here. Leslie Fenton is a good lead,  . Sydney Blackmer is good as his detective friend, and Muriel Evans successfully gets across cold distance, and warm interest. She and Fenton have a decent amount of chemistry, despite a limiting script. And lastly, George Rosener is amusingly hammy as a demented lunatic.

who are also kept in the dark, for no reason since

A major issue that plagues/drags House of Secrets down is its complete lack of music, which makes every scene drag on for an eternity. 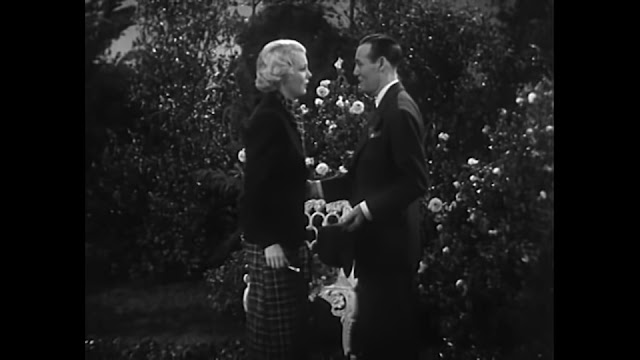 So that's The house of Secrets. If only this film would have shared its secrets with the audience, then it could've been more entertaining!
Posted by Chris Hewson at 11:55 PM