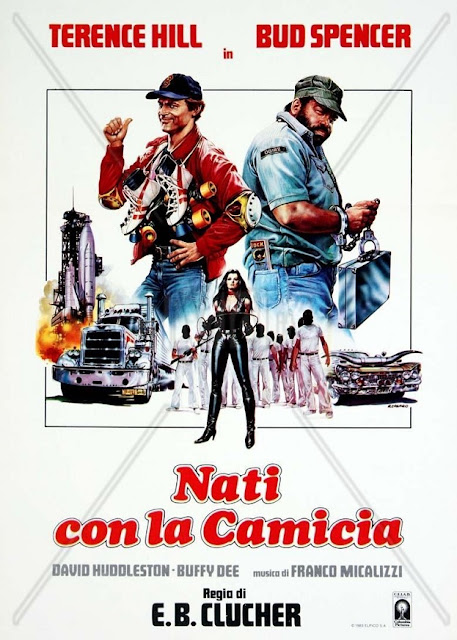 Rosco Frazer is a funloving rollerskater hitchhiking across Florida. Doug O'Riordan is a newly released jailbird, who shouldn't get into trouble again as long as people don't piss him off. These two meet in a small town bar, where a fight inevitably ensues, and the two end up hastily making an exit. After a brush with the police mistaking them for hijackers, they decide to fly to Miami, nicking the unclaimed tickets for a Mason and Steinberg. Fortunately for them, they're immediately given a briefcase containing $1 million dollars by someone believing them to be these two! The bad news? They've been mistaken for top-notch secret agents, and everyone within a 100 mile radius wants to kill them, unless they foil the machinations of the evil K1 first... 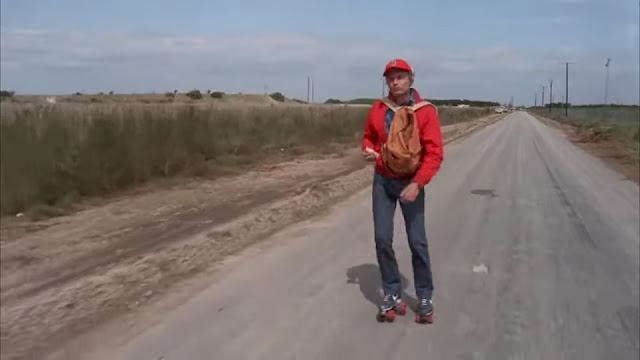 Go For It is one of the later outings with Terence Hill and Bud Spencer, and prove that there were no diminishing returns, and time didn't slow them down a bit! This is a great film, managing to do so much that it's a marvel! Let's discuss...

This is a great send-up of spy films, while also being an entertaining one in its own right. The story starts off simply, building up well. It never bombards us with too much information, and the plot's never confusing. It knows the right balance of simplicity and fun, leading to an extremely energetic and enjoyable 2 hours. 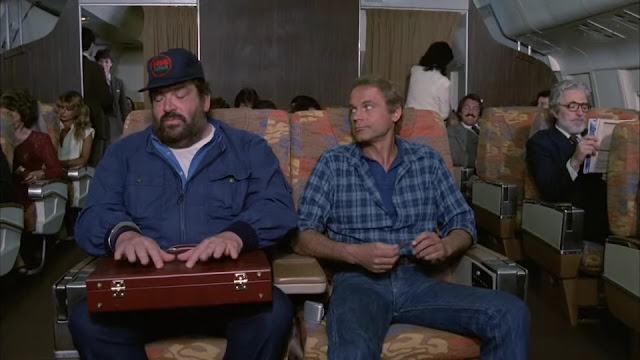 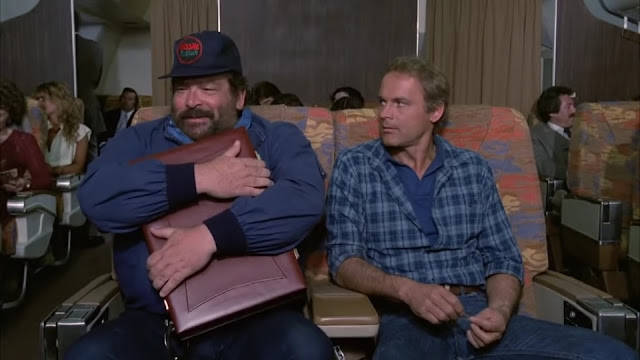 Something I feel the film really captures is that of being an odyssey. It starts out so simple, just a couple of dudes in a burger bar, and from here on it goes to such = places you wouldn't believe or expect, that by the end you're = at how far we've gone with these heroes.

There's a hilarious tone throughout,  gets borderline surreal, with the crowning moment of this being at the lead-up to the finale!

The humour here is spot on. Every moment is not only funny as hell, but each scene is packed with so much detail! So many verbal or visual moments 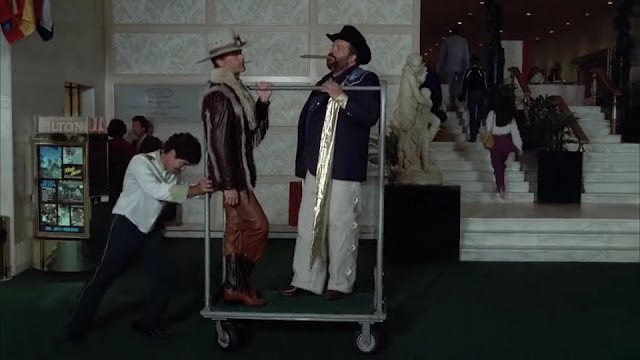 The action in Go for It is as hilarious as it gets! We get all the typical punch-ups, bar fights, kung fu jokes, friendly whales, agitated =, and more! Terence and Bud are in top form, and never slow down an inch. Agile and destructive, it's always a joy to watch. 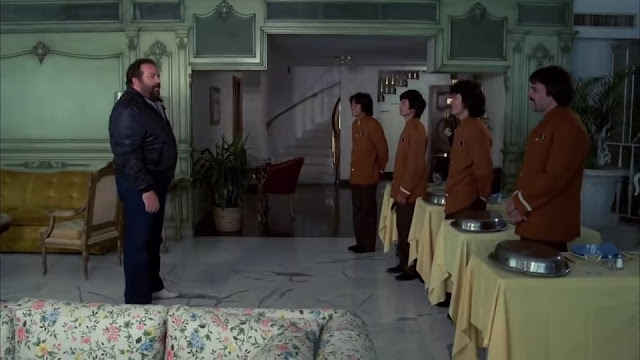 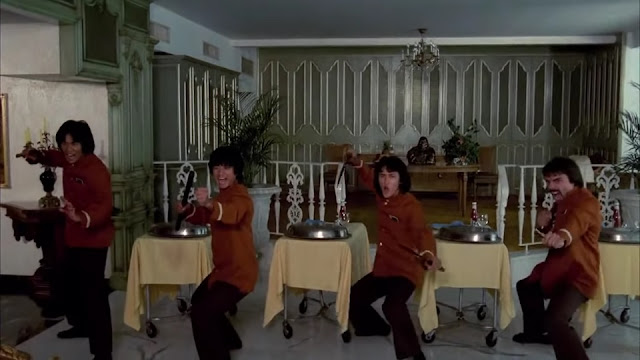 Something Go for It really nails is the pacing! It's basically two hours, and it didn't necessarily need to be, but it's never boring or overlong. so while some scenes could have been trimmed, it'd not a bad thing they weren't, and the movie avoids any pacing issues. More than that, it succeeds in ways many films would struggle with. There is only one fight in the first hour of Go for It. Unbelievable, right? What kinda = vehicle is this?? But I swear you'll never notice. You get so wrapped up in the story, the comedy, and the general adventures that you'll never even realise how light the first half is on actual fights! Thankfully we get plenty at a consistent rate as the movie goes on, so we're never deprived.

Rosco and Doug, aka, Steinberg and Mason, are great leads. Likeable, and shifty, while also heroic enough, and never cowardly. Something of note here is how well  characters get along! They're not exactly best buddies, and they have the typical banter they always do, but but they're less at each-other's throats here, 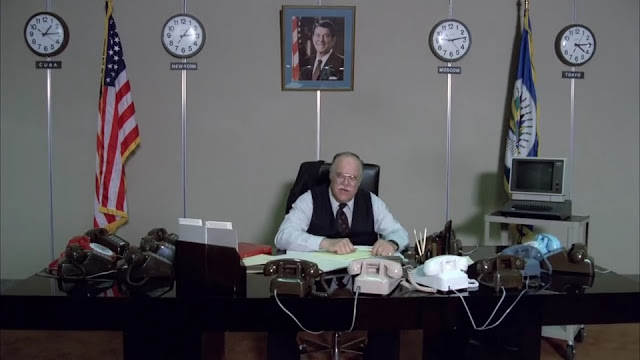 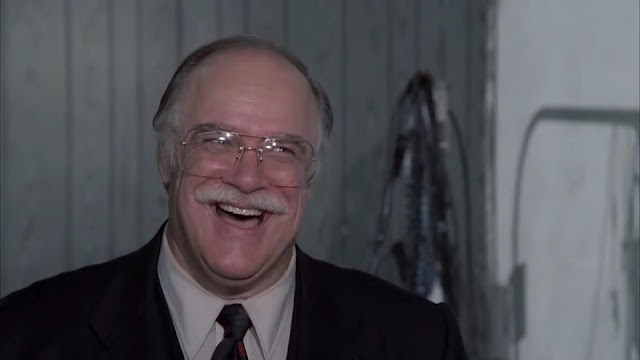 CIA chief Tiger is heaps of fun. Enthusiastic,  he gets many great scenes throughout the movie.

The main onscreen villains for much of the picture are Mr. Spider and his vampy sidekick. They're a =  He acts suitably effete and devious, while she's not only a ball-busting musclebound =, she also visibly cares for her companion in crime, which is oddly sweet. Her best moment comes in the finale, which I won't dare spoil for you! 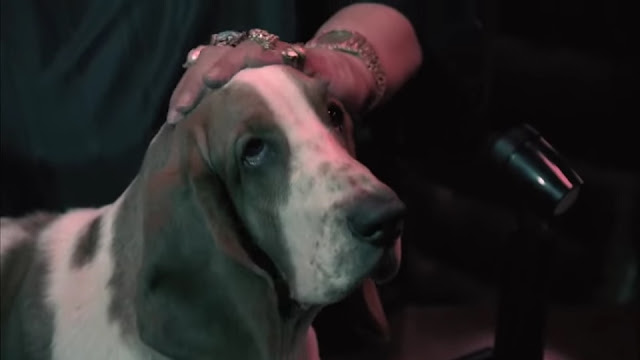 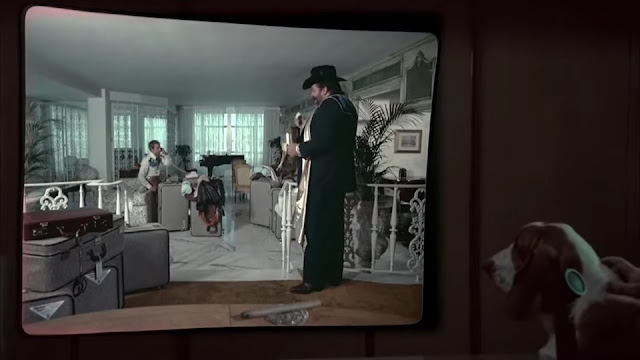 The main villain is K1, unseen until the last act, like Blofeld from 007. I wish we'd gotten a few more = scenes, or at last seen him do a little more in the ones he has, but = are fine as is, and his dog is adorable! He comes into prominence in the last 15 minutes, getting a great introduction, and makes a really good impression.

The actors here all do great jobs! Hill and Spencer can do these roles in their sleep, and always deliver life to them every time, never getting lazy. David Huddleston is a hoot as the duo's 'boss' at the CIA, both fiery and cute in a way. Buffy Dee is fun, making for such a good villain that you don't mind as much that he only really comes into prominence in the last 10 minutes. He's both sinister and silly. Riccardo Pizzuti and Faith Minton are

The direction by Enzo Barboni (aka E.B. Clucher) is great, with neat cinematography. The perfect example of this is the very beginning, wth the wide empty road, and Terence rollerskating into view. It's a great shot! The fights are shot well too, most importantly. The locations are absolutely fabulous! From the marshes of country Florida to the beaches and city streets of luxurious Miami, there's lots to enjoy, and it really makes you yearn for a holiday! 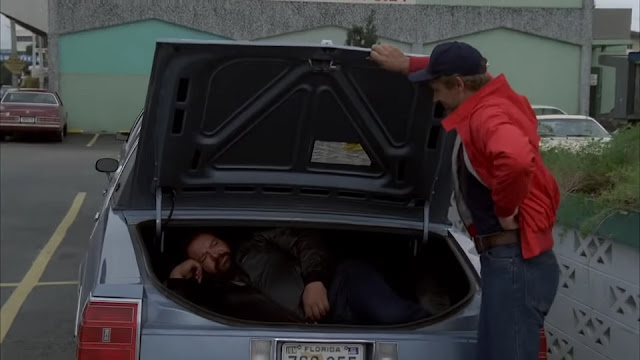 Something to briefly discuss/get into is the title. In English it's Go for It, which is a fun and dynamic title. A little vague perhaps = what the movie's about, but that's no matter, and it does aptly describe the = philosophy! In the original Italian, the title is Nati con la Camicia, which translates to These Boys Wear Shirts. What does that mean you ask? Uhh, = if I know! Something to do with sports I guess? Like football shirts? Or 'I love K1' shirts? I'm sure there's a perfectly fitting and amusing explanation for the title if you =, but out of context, I do get why the name was changed for English. Take Crimebuster's original name after all, The Two Superfeet, Almost Flat.

The music is one of my favourite parts of this movie. The theme is really good, with fun lyrics that detail the characters and story very well, and all the rescorings throughout are great, even changing musical styles/genres. My favourite is the really bouncy 80s rendition that plays during the fights. It's so lively and perfect, and has gotta be one of the most quintessential tunes to be hearing when watching these two punching up evildoers. 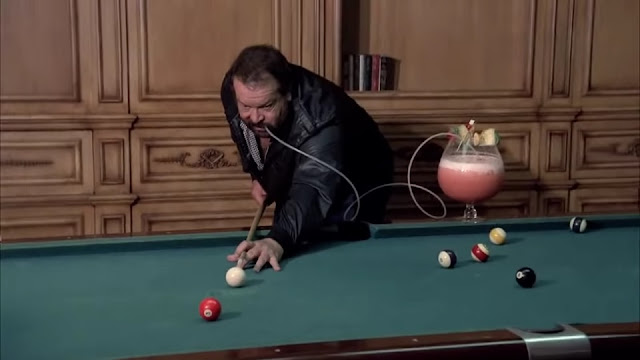 If you're looking for a great comedy to watch, as well as cinematic comfort food, Go for It is the perfect film for you, as well as the perfect example of Terence and Bud's output. One of their finest hours, it still ranks as my favourite. That spot is kind tied with Who Finds a Friend Finds a Treasure and Watch Out, We're Mad, and my top pick/choice dose shift from time to time, but hey, if a [comedy act] are so good that you can't pick which your favourite is, you know they've done something right!...