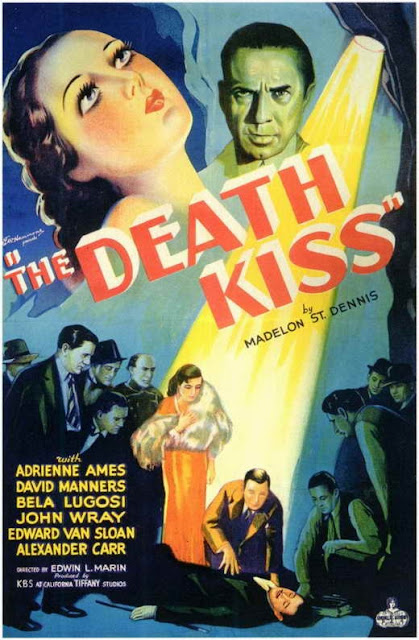 At the bustling Tonart/a studio, leading man Myles Brent is 'shot' for the latest scene in The Death Kiss, but when the crew calls it a wrap, he doesn't get back up. The police are brought in, and their prime suspect is actress Marcia Lane. Also on the scene is screenwriter Drew, witness to the killing and a budding detective. He constantly gets in the way of the police as he searches for clues, trying to find the real killer before he gets arrested, or they find him... 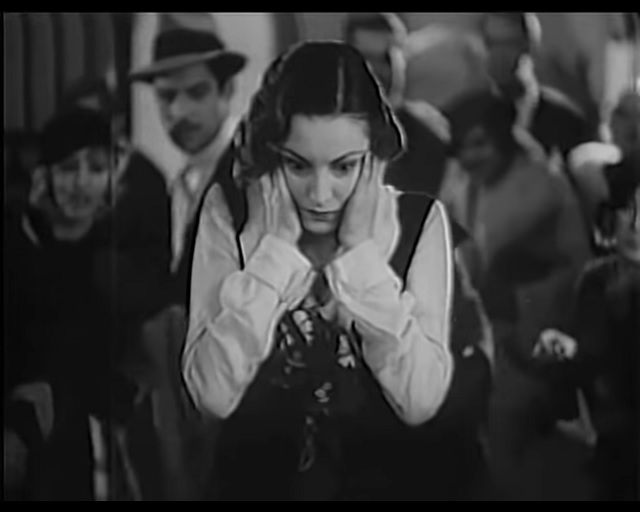 The Death Kiss is a pretty entertaining murder-mystery. It does a good job of showcasing the hustle and bustle of studio life, while not letting that overtake things, or underusing the concept.

The movie takes a little bit of time setting everyone and everything up fully, in a natural way that I liked but the murder itself happens shockingly quickly! In the very first minute, BANG, he's dead! This poses a problem, as we never get to know the victim, and have no idea why anyone would want him dead. Having whodunnits where the murder happens right away can work, but it doesn't here 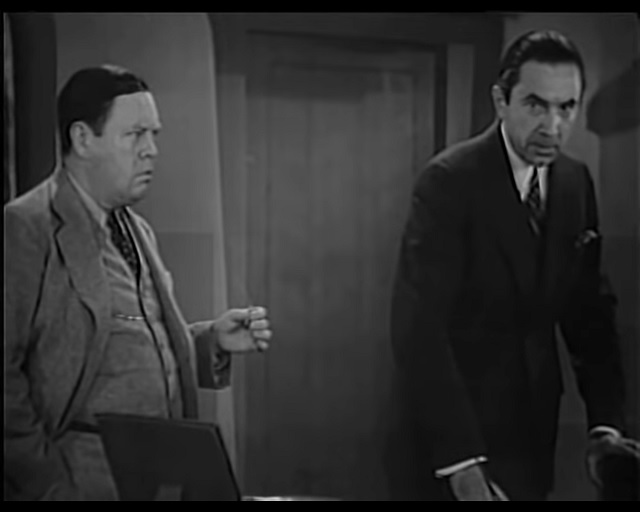 The mystery overall is the weakest link of the movie. The clues we see are neat, but I wish they'd given us more of an insight. Plus I wish we would have gotten to know the killer more and his motives, because upon seeing him my reaction was literally "...Who's that?". Thankfully the movie doesn't go the easy way out and just have Bela Lugosi be the killer (OR DOES IT/Or does it?).

The cast here is quite good. Drew is a likeable lead. The way he acts, he had the propensity of being extremely annoying, but thankfully he knows when to keep his yap shut, and when not to come out with a joke. He's also not an asshole, which helps. I liked Marcia, though she disappears for much of the midsection. I was also a little confused as to her relationship with Drew. We didn't get enough explanation about the two of them, I thought. I wasn't sure if they were strangers or an item. 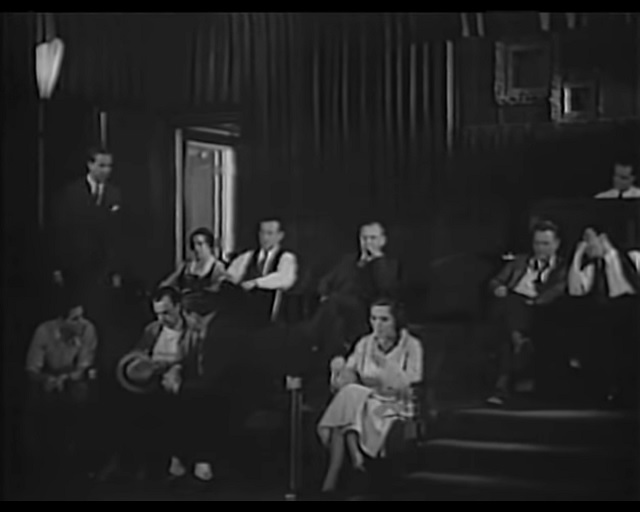 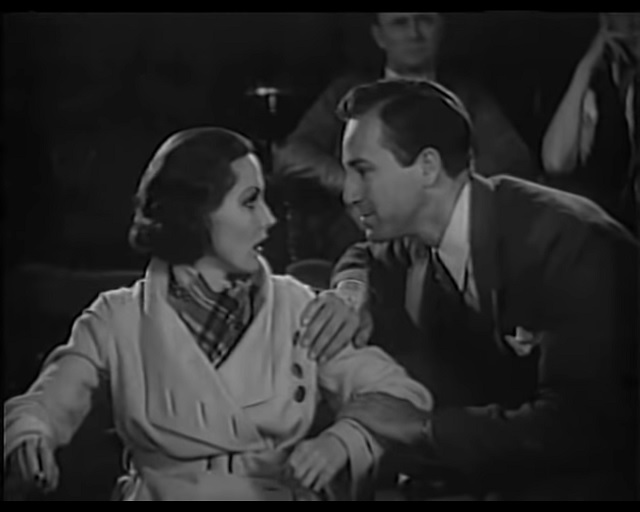 The studio policeman is an amusing sidekick, and strikes a good balance of goofy and clumsy, while also not being a hindrance/ball and chain. The rest of the film is loaded with amusing little side characters, including a moralising landlady who gets pissed off about unpaid rent upon seeing a murdered tenant. 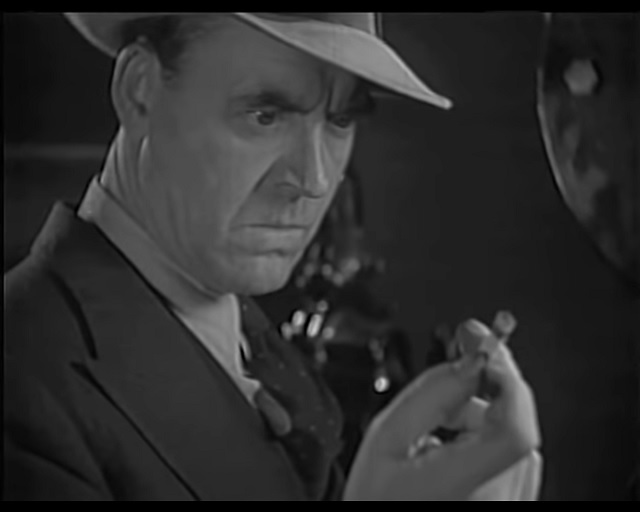 The dialogue in The Death Kiss is sometimes weird, and often amusing, ranging from longer pieces, to short and pithy comments.
"The first thing I ask myself when I investigates a murder is who done it." "Well that sounds logical." "And the next thing I ask myself is who could do it." "And then?" "And then I ask myself again, who wanted to do it." "And how do you answer yourself?" "Well I ain't come to that yet."
"He may be dumb, but he ain't blind!"
shuts down an unwanted advance. "Marcia, I'm very fond of you" "Not the kind of fondness I care about!"
The strangest line is when Drew is comforting Marcia after the murder by saying that "Maybe he just died of old age. Maybe he never even existed at all."

The star name attached to The Death kiss, as displayed on all the posters and home releases, is the great Bela Lugosi. Unfortunately this is another case if a minor role being = as if it was a lead. He does fare well here though. Despite not being the main character, he's still important, and does a decent amount. The most surprising thing is that he's a good guy! Not only that, but he plays a studio manager! Now who pictures a film exec when Dracula comes to mind?? I don't know if it's a terrible idea or a genius one! As for =, I really think the producers of this film underestimated how much we/audiences wanna see Bela playing detective for a change! 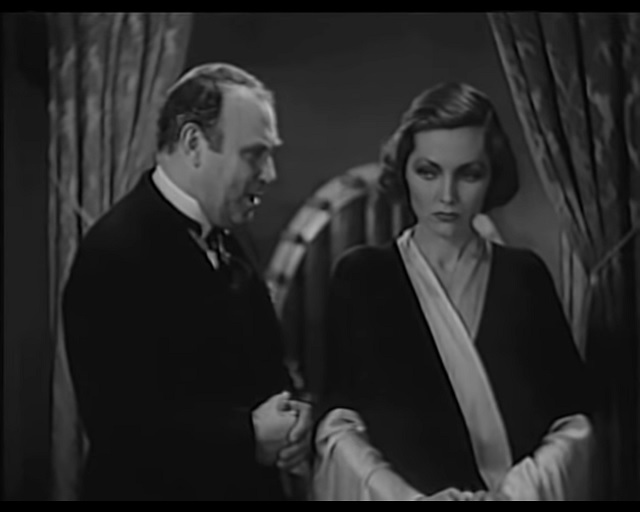 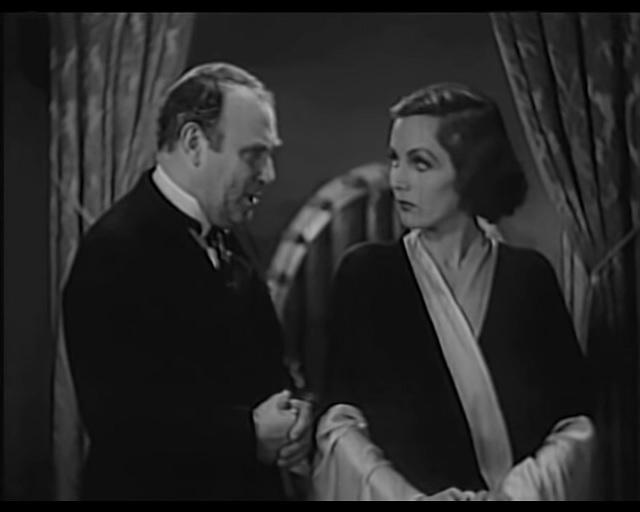 The rest of the acting is all good. David Manners is a nice lead, and not too obnoxious. The only drawback to his performance is that he's not Bela! Adrienne Ames is a nice female lead, despite disappearing often, and Vince Barnett is funny as the movie's comic relief. 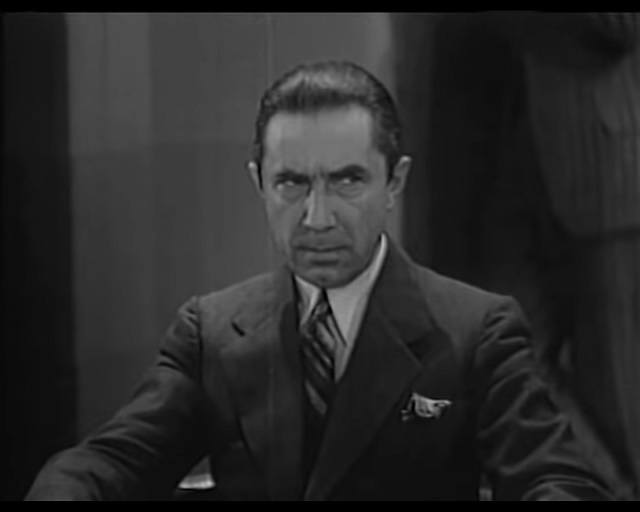 Overall, this is a nice little picture. It's got its flaws, but I enjoyed it, and it's certainly not a bad way to wile away an afternoon...
Posted by Chris at 11:58 PM