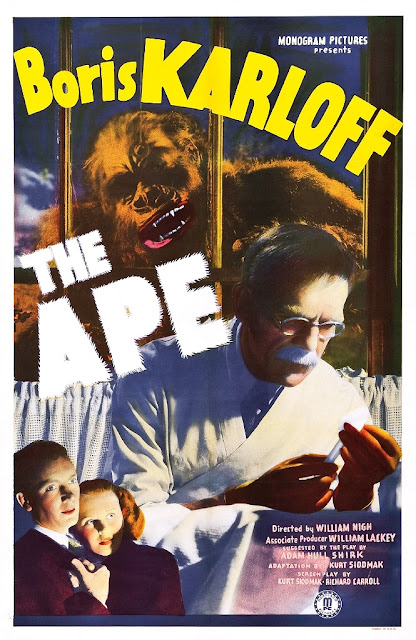 I have been waiting a while to finally watch today's film, for a very specific reason. I've already seen Bela Lugosi's The Ape Man, and The Ape Man Returns, and now I'll look at The Ape! No relation, of course, but it's always fun when you see movie titles building from each-other like that! Maybe we would've seen The Ape Man Returns from the Grave! I'd also say it's a shame we never got The Ape Woman to round out the set, although we kinda did, with the Jungle Woman series... 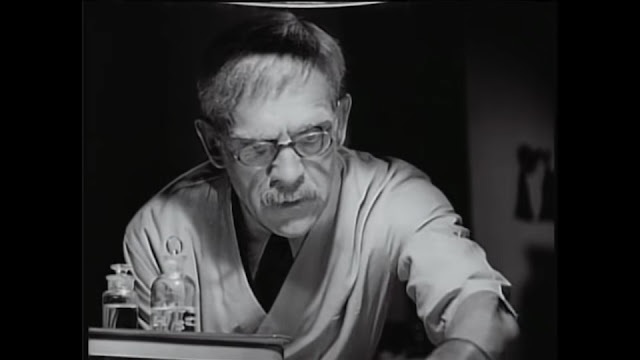 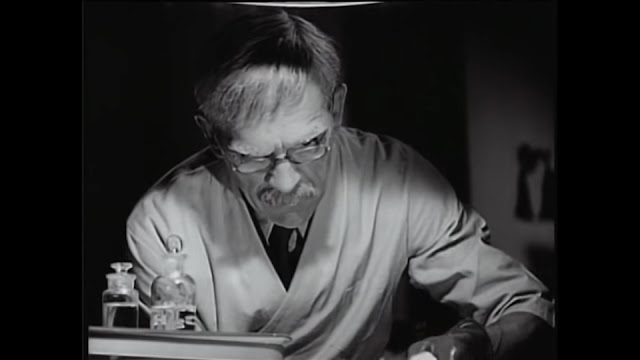 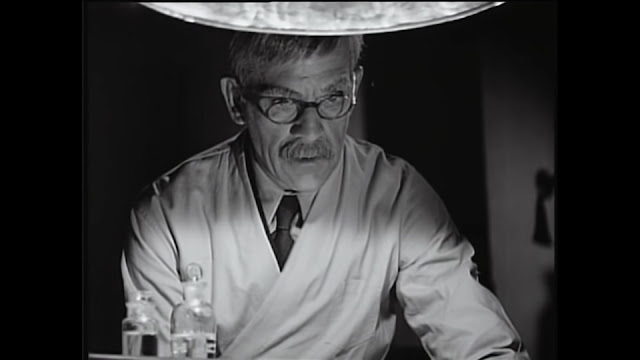 In a small town, kindly doctor Bernard Adrian has been conducting experiments, much to the ire of the townsfolk. He simply wishes to cure polio, and other paralytic diseases, yet is greatly mistrusted for his mysterious and reclusive nature. Open to him however is the young invalid Frances, who's faith in the doctor's skills remain unchanged. Devoted to her, Adrian is intent on restoring this young girl's future to her, and works feverishly on a cure, finding it in the spinal fluid of others. He struggles to figure out what to do, until a killer ape breaks loose from the circus 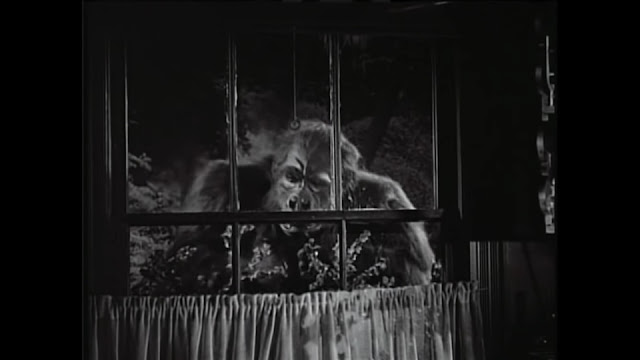 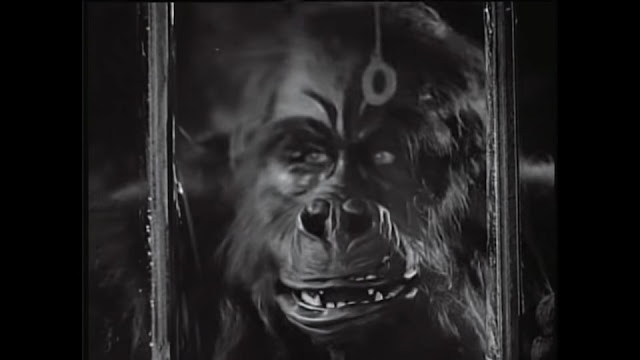 in case of attacks by gorillas   Considering that The Ape IS a Monogram picture, you'd expect more of the same here, but no, it's actually very impressive! The face is =, and it's very animated too, moving in a convincing way. As for the rest of the movie, it has a 'get out of jail free card' with the fact that the ape in the second half is meant to be a costume.

The characters here are well written. The best is Dr. Adrian. Despite the slanderous rumours from the townspeople, he's a kindly soul, and treats Francine with care and respect. But he also eventually commits murder to meet his goal (and pins the blame on a poor ape!). His different facets are presented very well, especially thanks to the intensity he shows with Francine. You can easily understand how this man's genuine and sincere passion for helping the sick and make up for past failures eventually drives him to terrible acts.

Frances is a nice young girl, trusting and always ready to shoot down nasty rumours.

Her boyfriend Danny meanwhile is a dick! He's nice enough some of the time, but it's in his mistrust for the doc where he's at his worst, actually flat-out saying "You know Frances, I think the Doc's crazy!" as his first line, and wanting his girlfriend to remain a cripple just because he wants to be her protector, [callously ignorant of the benefits these discoveries could give the rest of the world].

The rest of the cast are well realised, especially the venomous town villain Mason, who stirs up hatred for the doctor for his own ends, encouraging posse's, but won't lift a finger to help when the town's besieged by an ape. Then he has the nerve to criticise the sheriff for not doing a good enough job!

Where the film gets weird is in some of its minor characters. It often introduces character backstory  immediately before they get killed. 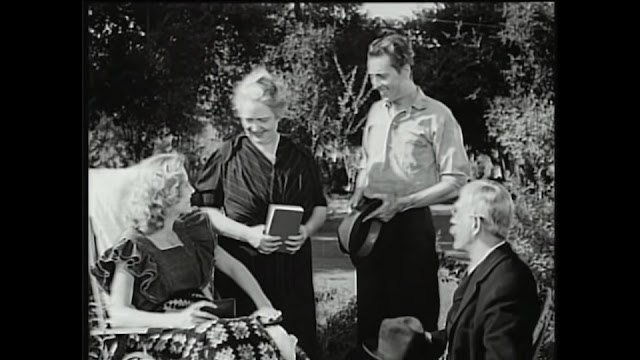 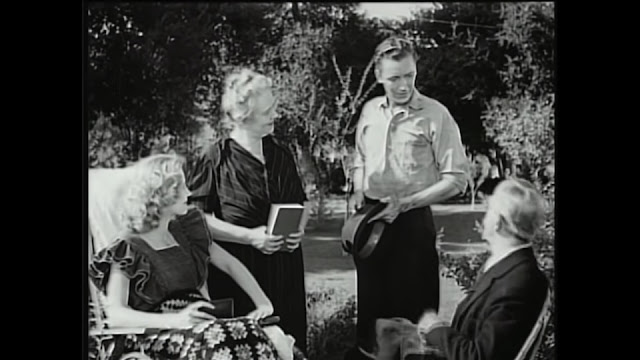 The acting here is all fine. No bad performances in the lot. The standout performer is naturally Boris Karloff, who gives the role his all. It's often commented even by otherwise critical reviewers that when he acted in movies of questionable quality, you'd never be able to tell by Karloff's performance. He brings emotion and depth to his character, leaving him neither one-dimensionally good or evil.

The score is amusingly overdramatic, though fitting and effective in many scenes. Where it's at its least fitting is during the opening credits, where we get a jaunty tune over what should be the moment that first draws you into the film. But it does fit the circus motif at least, so there is that. 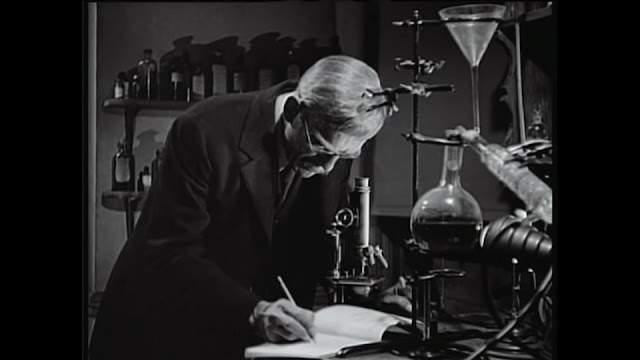 The Ape is a great little example of 1940s horror, of Boris Karloff, and how whether because of him or because of generally competent filmmakers back then, even the craziest of plots could seem believable...
Posted by Chris Hewson at 11:59 PM