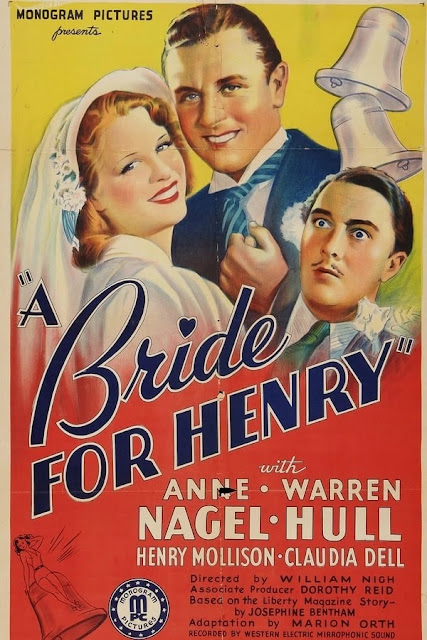 Monogram Pictures is often derogatorily referred to as a poverty row company, but I feel this is an unfair way of looking at it. This was a company that specialised in lower-budgeted entertainment and never tried doing anything else. Rather than use their meagre budgets on lavish productions, they'd use it on productions where they could make their funds count. For example, their romantic-comedies were consistently great, among the best of the 30s and 40s! They may not be as well remembered as the A-pictures of the time, but they're just as worthy of attention. Case in point, today's film, A Bride for Henry... 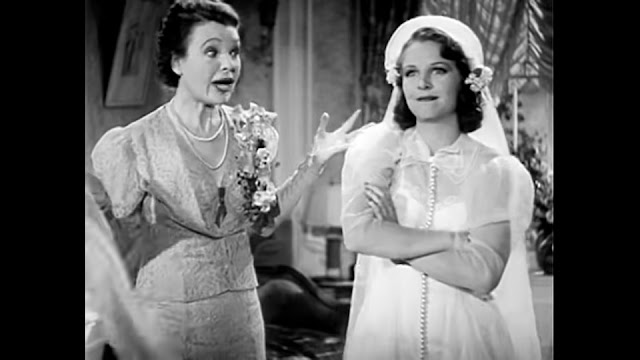 'Blushing' bride Sheila Curtis is monumentally pissed off at her groom Eric for not showing up to their wedding on time. Wishing to teach him a lesson and save face, she decides to marry her faithful lawyer Henry Tuttle, who's = confused by what's happening. Faced with a new bride who treats their married existence as a mere formality and eager to forgive Eric, Henry decides to teach the two a lesson, and show Sheila who's really worth holding onto...

A Bride for Henry is a hilarious picture! Running at a short 59 minutes, it packs a full plot in that time that entertains thoroughly, and is always quick with a laugh, 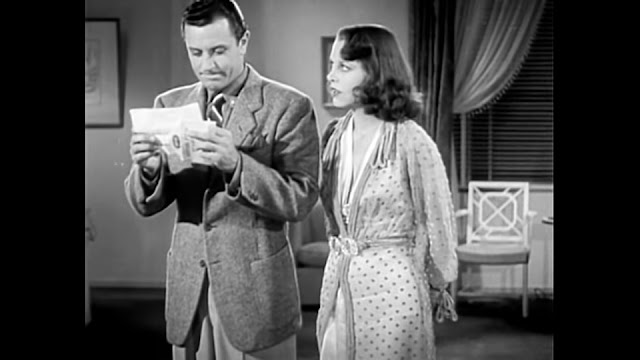 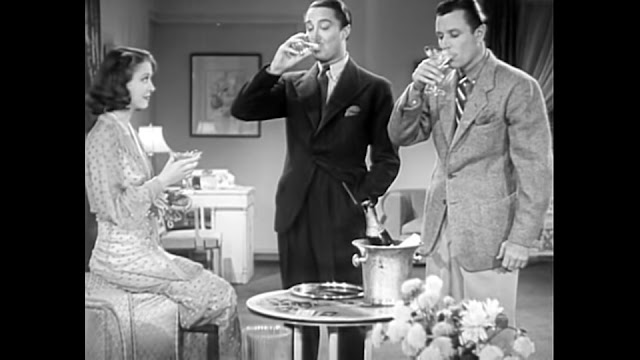 The characters here are great. They have tons of personality, and each one is distinct from the other
Harry is likeable and snarky, and is the one the audience roots for. The poor guy can't catch a break with what he's drafted into, but thankfully he's clever and resourceful enough to turn things around. The film never explains what exactly he did or didn't orchestrate, but at least some of the problems that befall the grouchy couple have gotta be his doing, and it's a = to watch.

The best character in this film is Sheila. Always manic and vibrant, her   can be seen  how they/she treats the milk truck that gave her a lift like he's a chauffeur, [because she doesn't like the idea of being a hitchhiker]. Eric acts like a romantic, but is an absolute ratbag, missing his wedding because he fell asleep at a movie theatre,  and not seeing/unable to see why that's a big deal. He's clearly a dickhead, but not so much that it's unbearable to watch. It's funny seeing the comeuppance the poor schmuck keeps getting/going through. 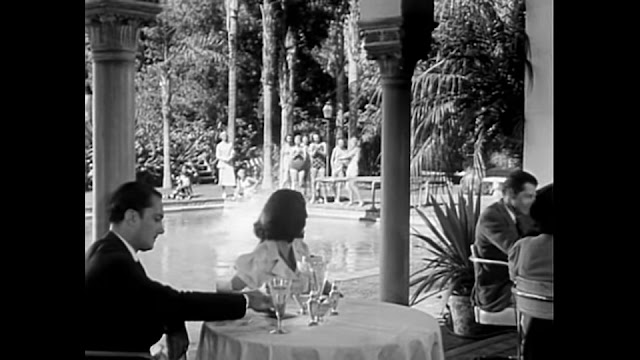 I especially liked Henry's friendships with women! For a movie from this period to show a man and woman just being friends is great (hell, it's still rarely seen nowadays!). The Countess Van Orden is a nice character. Far from being a stuck-up rich lady, she's a pal and gladly helps Henry with his plans. She also might have an unrequited crush on him, just to add a little depth, Really the only issue with her is that she could've had more to do.

Even the minor characters have plenty of life to them, from the [aggrieved] kids, to the cheating farm-owner/sheriff, and the gaggle of women that follow Henry around.

The important thing in a movie like this is for the mean partner to be bad enough that they're deserving of a punishment, but not so much that they're unlikeable. A Bride for Henry strikes a great balance. We can understand why Henry's fallen for her while also aknowledge she's a bit of a bitch [reverse]. In fact, what helps is that the film itself acknowledges this. Henry is never presented as naive. 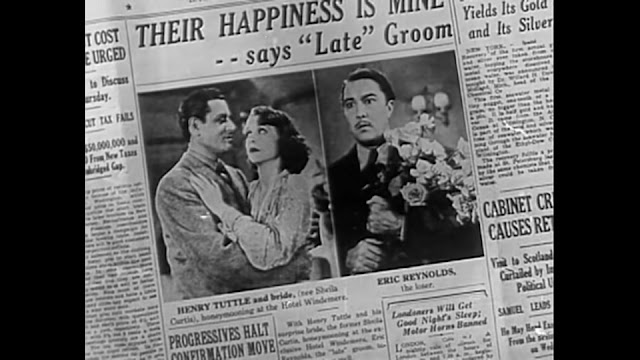 Something I like about A Bride for Henry is that the romance makes sense. A good comparison would be The Proposal, with Sandra Bullock and Ryan Reynolds. Now I like that movie, but it is just a little silly that these two that can't stand each-other just so happen to fall in love after pretending to get engaged. Here though, Henry is already in love with Sheila, and she is certainly fond of him, depending on him for everything, so you can definitely see where the romance comes from (again, not that I dislike the romance in The Proposal, it's sweet even if it's [silly!]).

The ending is a little disappointing though. It's all well made, and it's not badly written for what it is, it's just that what's happening is one of those endings where the writers didn't really think things through and notice how serious what they were writing was. Also, it's not really as nice to end the movie on, considering how abruptly it stops after that. It's still sweet, with a romantic kiss, but not great. 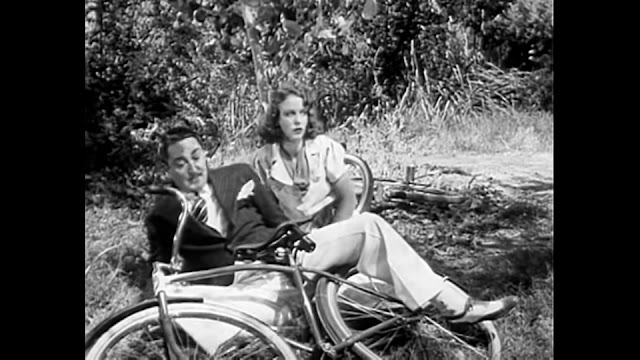 The pacing in A Bride for Henry is quick, understandable given its short length. It might be too quick for some, as problems are resolved very quickly, whereas a modern day movie would drag out these relationship issues for another hour or so. That's too long for my tastes, but at times this was just a bit too short.

The actors here do very well. Anne Nagel is the best with her wacky performance, equal parts manic and funny. Warren Hull is a great straight man, and Henry Mollison is equally amusing as the troublesome fiancee. Everyone else do god jobs, including the two kids in that one scene, who really sell it. 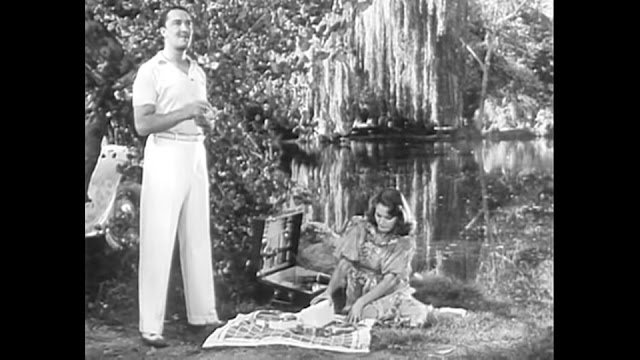 For such a small production, the direction is just as good as anything higher-budgeted, and each shot is very well composed. There's a lot going on too, whether/either in the background or foreground. Enough to be vibrant without being overwhelming. The locations are overall pretty neat too, and make you yearn for a nice holiday like this.

The music is another downside here, as there pretty much isn't any, besides the wedding march at the beginning and end. The movie's good enough to stand on its own without music, but there are some scenes that really could've done with it. 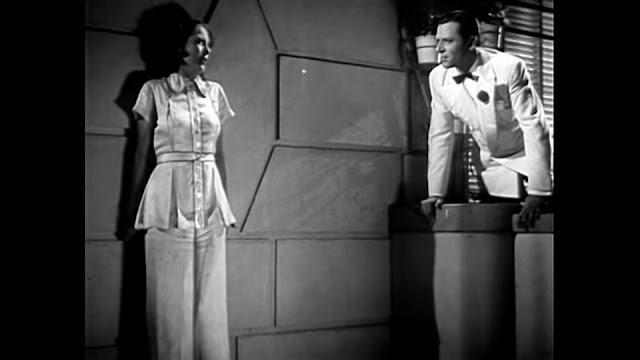 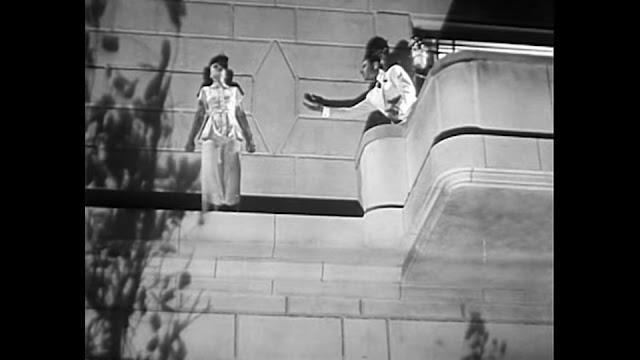 Overall, A Bride for Henry was a surprisingly good watch! For the most part I really enjoyed myself, and definitely recommend it if you're a fan of rom-coms.
Posted by Chris Hewson at 8:38 PM