Vinni Pukh: The Russian Winnie the Pooh (1969-1972) [The Deadly Doll's House of Horror Nonsense's The Shortening] 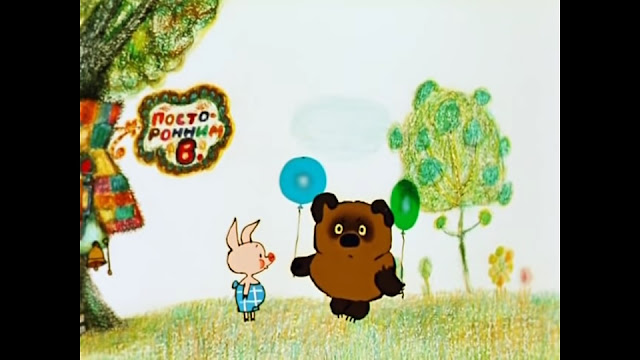 Russian animation has a long history, and for all the cracks made about how they look like they were animated at gunpoint in gulags, they often looked good, and usually no worse than what America/the U.S. was producing at the time 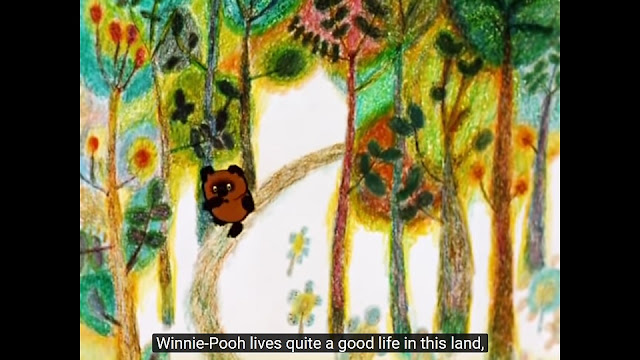 Vinni Pukh is a = bear living in the Forest of 1000 Trees. On an everpresent search for honey, he gets himself into various scrapes and fixes, but can rely on friends like Piglet to get him out of trouble. If he's lucky he might even learn a [valuable] lesson in the process!

Winnie the Pooh has seen a few different adaptions over the years, with the famous one being from Disney. Everyone has the mental image of what he looks like in their minds, with the yellow fur, red shirt, and gentle voice. Russia's answer to the character is quite different though! Shorter, louder, and more active by a mile, he's a lot of fun. 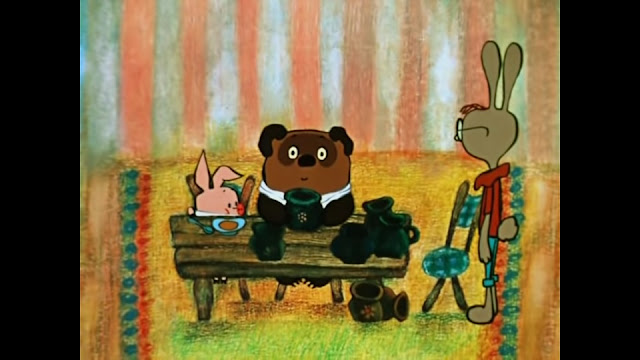 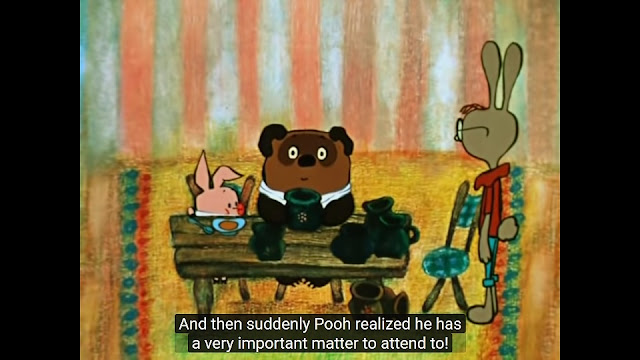 Aesthetic/Visual differences like that aside though, these are very faithful renditions of the original stories. It tells them nicely, and in a very humourous way. The = narrator gives a great =  The only big ommission is the lack of Christopher Robin, because the creators felt the animals would work better as equals, rather than having superior human in the bunch. 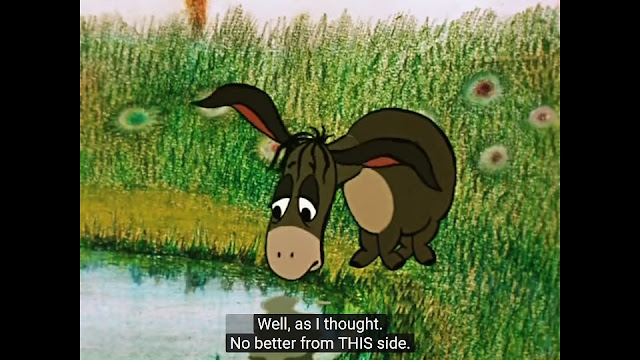 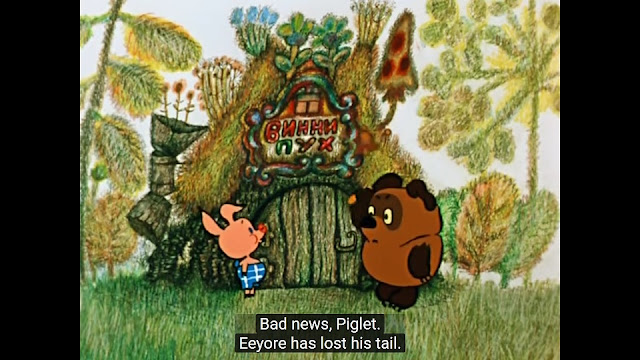 Onto the characters. Comrade the Pooh is a ball of =. Silly, somewhat philosophical, and determined to get honey no matter what, he's an endearing lead. Piglet meanwhile is simply the most adorable thing to have ever lived, both visually and =! Other characters such as Rabbit, Owl, and Eeyore also show up gradually, and are each amusing in different ways, with the perpetually depressed Eeyore being the closest in appearance to the one everyone knows. It's entertaining seeing how all these varied characters interact, and they're always up to something.

The actors in Vinni Pukh ranged from serious professionals to =. The narration is by = Vladimir Osenev, who delivers a goof mix of sincerity and almost-sarcasm to the porceedings. Yevgeny Leonov entertains as the hyperactive lead, and Iya Savvina is cute and sweet as Piglet. Everyone else does their jobs well, with not a bad moment in the bunch. 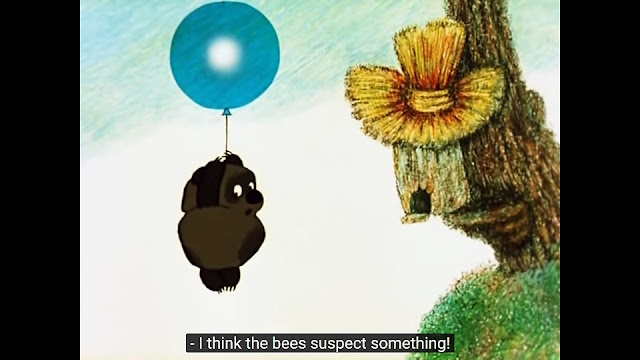 The animation here is simple and not the most expensive in the world, but it looks very good nonetheless. The characters are designed well, their movements are fluid, and the painted backdrops have a lovely pastel quality to them. Everyone fits [well] with their surroundings

There's only one downside to Vinni Pukh, and that's length.There are only three episodes, running 1t 10, 10, and 20 minutes, respectively. This = is so good, yet we have so little to enjoy, over and done with before you =. 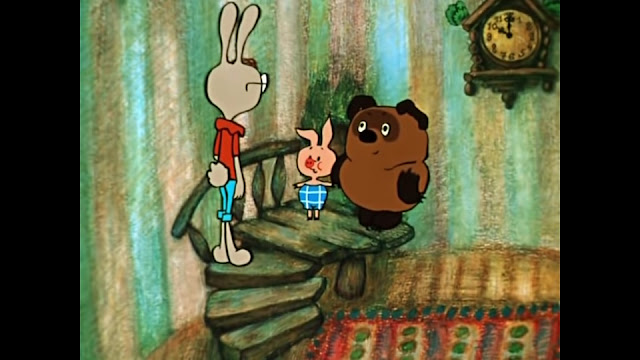 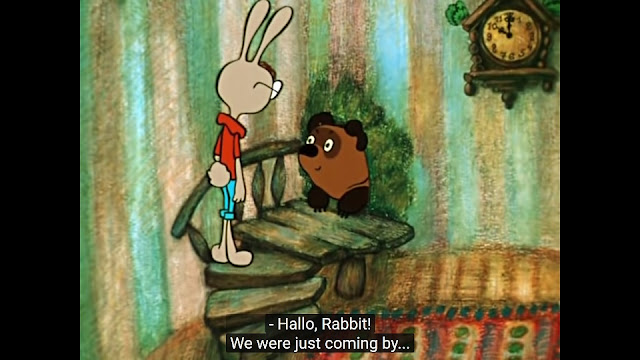 The legacy of this show has been great, both in its mother country and abroad. At home in Russia it's been given numerous awards, and their own murals, statues, and stamps, and back in America, the animator behind the more well known Winnie the Pooh movies felt this version to be superior! It's heartening to know that despite its short life, the work put into this series paid off well for everyone. If you enjoy lighthearted animation, or if you have kids, Vinni Pukh is the thing for you!
Posted by Chris Hewson at 9:16 PM