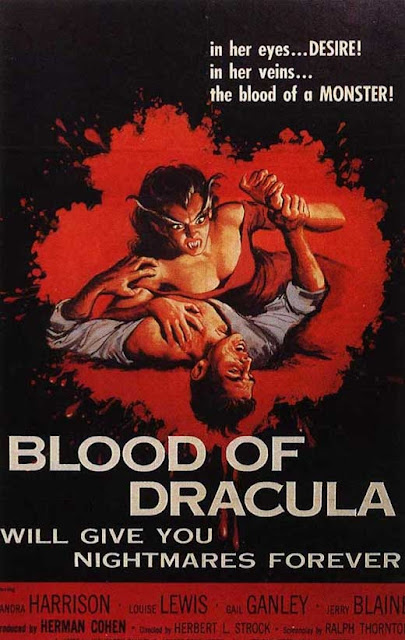 Nancy Perkins has been selfishly dragged from her old life and stuffed into an all-new town by her newly remarried father. Monumentally pissed off, but at least happy this new female boarding school is far away from her uncaring dad and bitchy stepmother, she tries keeping her head down until she can wait things out, or run away to be with her faithful boyfriend Glenn. In the meanwhile, she falls afoul of a group of bullies, and meets the enigmatic Professor Blandings, who has a sinister interest in young Nancy...

Blood of Dracula is a decent little horror film. It cares about setting up its story and characters, which I respect. While it does take a fair while before the = get[s] started (some might say too long at = minutes), those first = minutes are never wasted, and it at least shows that the film has restraint. 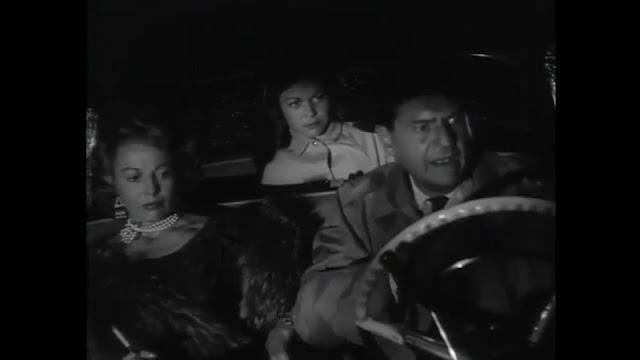 The plot gets off to a quick start, with Nancy already in the car. The films seems interested in a juvenile delinquent angle, although   making Nancy out to be a problem child, but   Her father has gotten remarried only 6 weeks after his wife died. Not started a new relationship 6 weeks afterwards, but has gotten hitched to boot! Impatient much? I can only imagine how his new wife feels about it, but she doesn't strike me as much more than a gold-digger, [so she'd hardly care]. They openly insult the girl, and badmouth her mother! There's also an amusing moment where her father chides her for smoking, saying he doesn't approve of her ==...all while clutching a cigarette of his own in his hands!

Once Nancy arrives at the school, we're introduced to the rest of the cast. The principal is a sweet old lady, while the bullies are interesting. I wouldn't go as far to say they're three dimensional, but not one either. They're never all bad or all good. There's never any real distinction made between them (much to my confusion at times), but that's not over 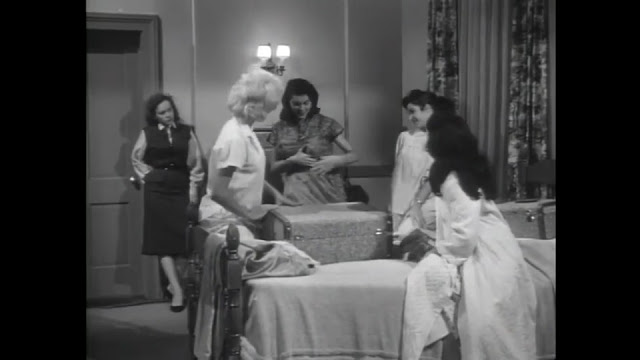 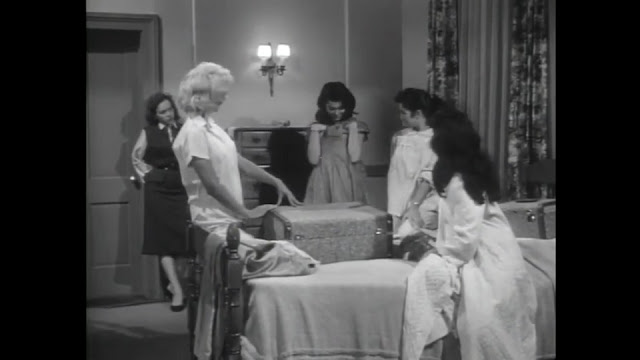 The villain is introduced well too. Right from the get-go we can tell she's a mad scientist. The film has an interesting angle though, precisely because she's a she. Mad science is a pretty male dominated workplace, and Professor Blandings knows it. She's formulated a brilliant scientific thesis, but male scientists would just bypass/ignore it completely. As she says, "We live in a world ruled by men for men". Quite a strong message for a 50s b-movie about neanderthal vampires!

Now that we're on the subject, let's get into the film's monster. The Professor is outraged that male scientists are foolishly tampering in nuclear energies that could destroy the world. She instead has discovered that every human/all humans have the destructive potential to destroy the world. Ummm, that's better? The doc tries to justify it by saying once she unveils this horrible truth, that shows all wars would now end in ultimate destruction, all wards would cease forever and peace would be assured. Sound logic/Sounds logical! = 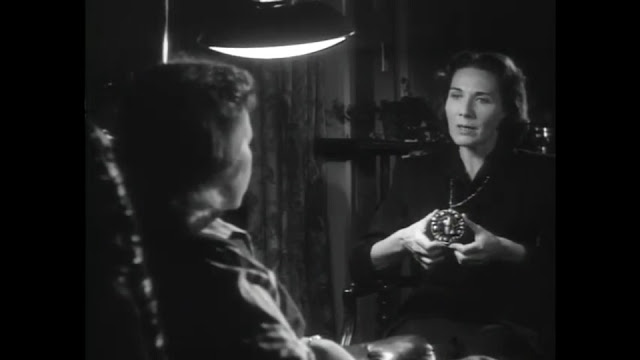 That's already a bizarre idea in theory, but in practice, this 'destructive capability' inside all of us takes the form of a prehistoric vampire, and that's it. I fail to see how one teenage girl tearing another's throat out signals the end of days. And even if it did = bring about world peace, the doc still murdered three people. She is so going up river to the big house!

strange mix of science and supernatural that never quite gels, and instead feels inconsistent.
/
tries blending science and the supernatural in a hamfisted way.  claims to be doing = scientifically, through = repeated experiments, yet all she does the whole movie is use a magical amulet.

Props to the movie for giving us an introduction that actually lets us get to know the protagonist and her plight!   The similarly themed Werewolf in a Girl's Dormitory just started off with the main girl already at a reform school, and it takes forever before we find out anything out about her. 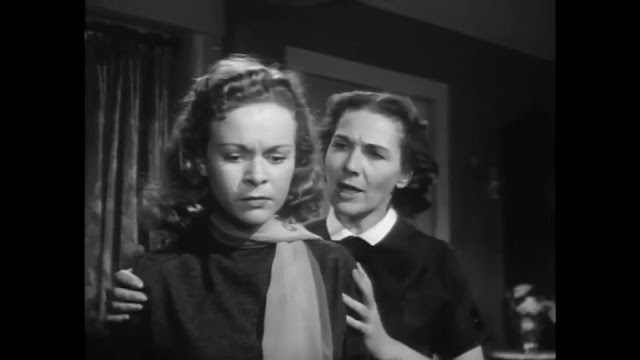 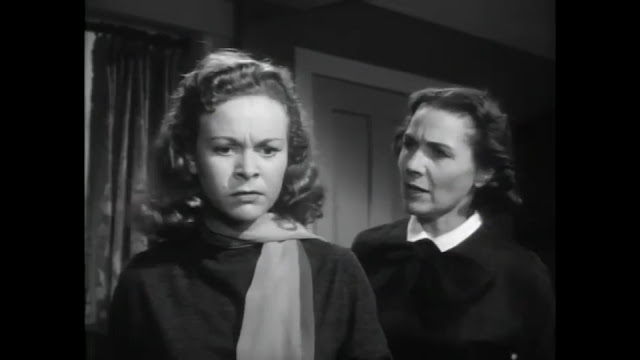 On the surface, Blood of Dracula is a gender-swapped version of I Was a Teenage Werwolf (recycled script/writer)   could've just called it I Was a Teenage Dracula and rounded the films up as a loosely connected trilogy! Obviously some work would have to be done on the script so it's not just a xerox of Teenage Werewolf, but otherwise that would be a neat solution! And where I ask was I was a Teenage Mummy?!

Getting more into the film's cast, Nancy is a good lead, even if she's not the nicest of girls.
Props to the movie for giving us an introduction that actually lets us get to know the protagonist and her plight!   The similarly themed Werewolf in a Girl's Dormitory just started off with the main girl already at a reform school, and it takes forever before we find out anything out about her.

lays it on a bit too thick with the = parents though, like when = says she's glad they're getting rid of her, but when = tells her to shut up, her father goes "That's no way to talk to your mother!". Then he proceeds to berate her for still mourning her mother, claiming the = parent must've spoiled her. Jeeeez! It's one way of endearing us to the lead I guess, but it just makes the  uncomfortable! 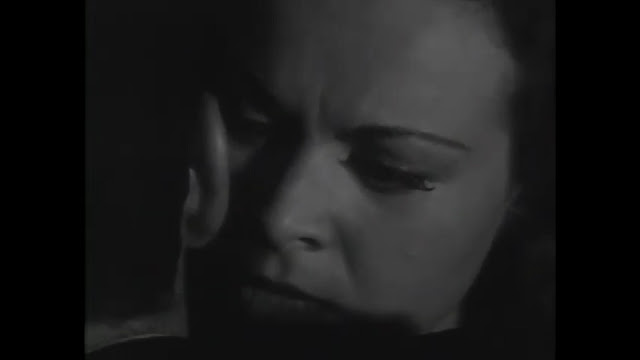 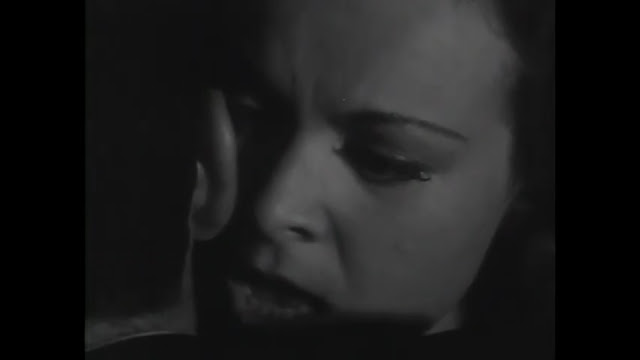 The other teenagers are varying degrees of likeable and bitchy. The one with the most depth is the lab assistant Nola, who looks up to the Professor, but has enough of a moral compass to oppose her. The police play a decently sized role, though the handsome young assistant coroner who provides the vampire theory, shaping up to be the hero, is never seen again. Nancy's boyfriend Glenn eventually appears, 10 minutes before the end, and while it feels a bit too little too late, he has a good presence, and his actions in the story justify his inclusion.

annoying that from the moment she's hypnotised, not only does Nancy not really have any agency of her own, she does and says very little, almost falling out of the movie/plot completely! What bugged me most is that I knew she'd die in the end, partly because that's exactly how Teenage Werwolf ended, but also because of the Hays Code. Even though Nancy wasn't responsible for the murders her vampire self committed, the Hays Code censor board would still demand her head on a pike  Kind of a shame the movie couldn't have had less of a downer ending. [It's even more frustrating that the movie goes to all the trouble  intro   yet her = ends up playing almost nothing until her boyfriend shows up 7 minutes before the end, and ===
/
The ending feels a little unearned. The universe rails on Nancy so hard for he entire movie, and while she's not he most likeable, you want the poor girl to catch a break! But instead it's all =, her parents never = or get punished, and her genuinely caring boyfriend is left on his own 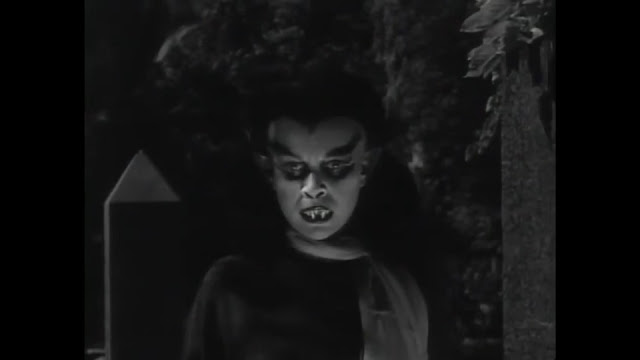 They keep saying 'the Carpathian mountains', conspicuously avoiding mentioning the country's name! It's Romania, you jackasses! This is like referring to a pal from Australia as 'someone from [Ayres Rock']. It might technically be true, but I would prefer you = by my country and not a landmark/mountain range.

One thing of note about Blood of Dracula is that, as others have pointed out, it contains neither Dracula or his blood! This is pretty annoying, and is liable/likely to case some confusion and disappointment, even if you go into the film aware of its lack of connection. Also strange is an exchange in one scene that pluralizes Dracula, as if it's a descriptor rather than a name (for example, 'a Dracula', or 'Draculas'). That was a joke in an issue of Squirrel Girl!

I'm not saying I don't get why mentioning vampires as a legitimate reason/cause for the = events would be a ===, but how would talk of vampires cause more hysteria than a serial killer on the loose? 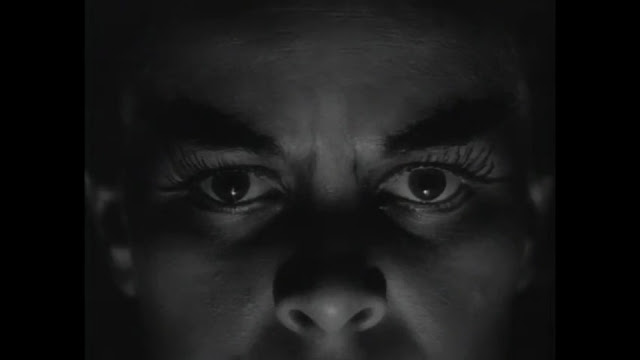 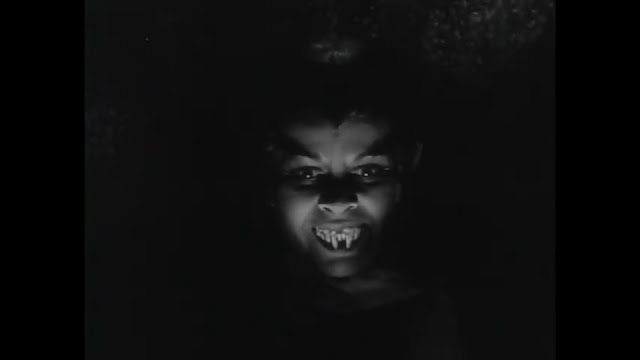 Blood of Dracula has plenty of subtext at play, not only with its exploration of sexism in the workplace, but also in its attitude towards parents. In one scene, the detective and principal are talking about keeping the other parents 'at bay'. "You speak of parents as if they're enemies," the principal says. "It's the only way to think of them. Why do they send their teenage daughters to a boarding school away from home? Would you?". The themes here are set up interestingly, though they leave the answers all to us, never resolving any of them itself.

The effects here are quite good! The vampire is pretty well designed, even if it does look a little silly, and they make-up people did a good job on Nancy before and after the transformations. It convincingly makes her look like she's been put through the ringer, as opposed to emerging completely/totally unblemished, lipstick intact. It's a shame we don't see the vampire until 50 minutes in, especially for a 69 minute film, but that's the 'Rule of Jaws' for you I guess. Always more frightening when you see the monster less.

The acting in Blood of Dracula is fine. Sandra Harrison is a decent lead, though kinda = over screentime. Louise Lewis reminds me of a more mature Carla Balenda (and by extension Betty White, seeing as how those two are like identical twins). Even though she's no Betty White, she does a decent job. She's a believable villain, but while she's clearly off the deep end, she never goes all out, which is more subtle, but I kinda wished she's g all-out a bit more. Everyone else ranges from tolerable to ok. While it sometimes feels like an academy of only 5 students, the school is portrayed well. 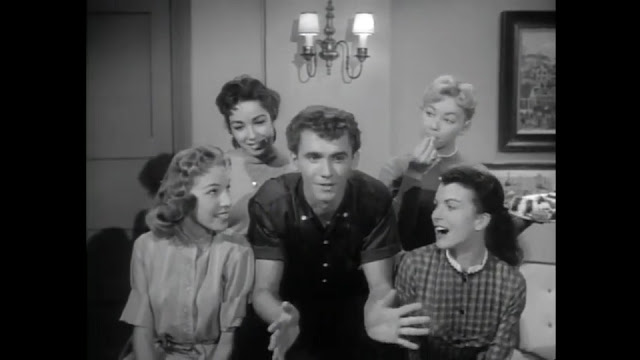 Blood of Dracula is a pretty good movie. It's got its problems, but any movie that can inspire this much talking from me without most of it being spewing vitriol is one worth recommending, and watching...
Posted by Chris Hewson at 9:30 PM