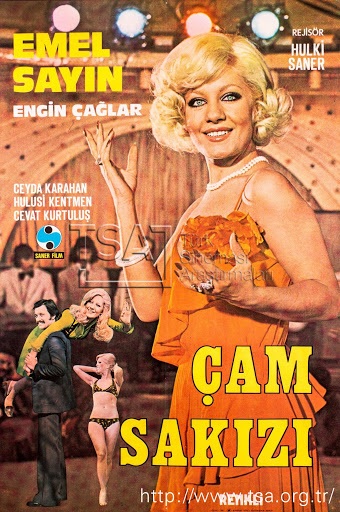 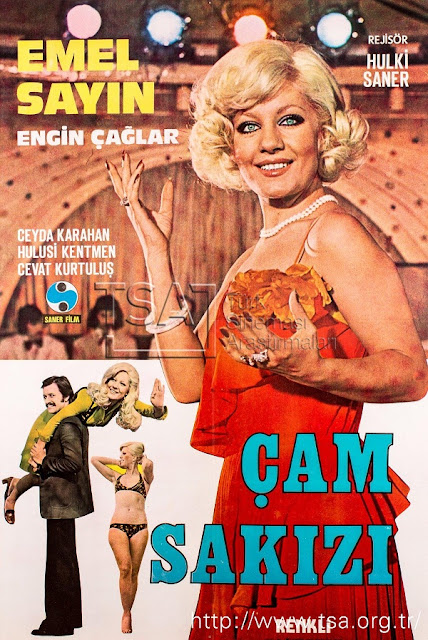 A lot of Turkish singers would often throw their hat into the ring and making movies as an extracurricular activity. Back in the days when anything went and there'd be a hundred movies released a week, Turkish performers sure had plenty of opportunities! 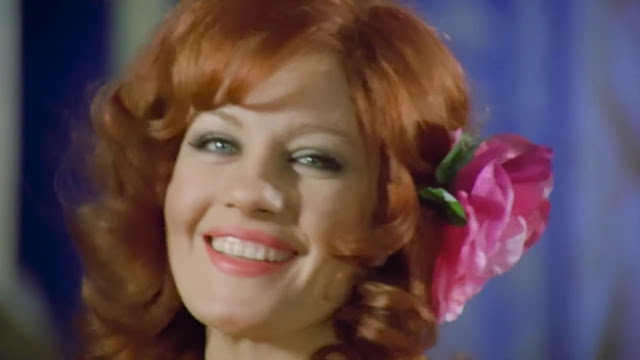 Mihriban is a young single mother, forced to support herself and her young son on her own, holding down a decently successful singing gig at a nightclub while her light-fingered child secures a little 'extra funds'. One day she's visited by lawyer Adnan, and after a brief scuffle where she assumes he's here to arrest her, he explains that he was sent by the ailing business magnate Hulusi, who seeks to find his = descendant. Mihriban goes to get acquainted with the grumpy but amiable old man, and soon discovers a plot against him... 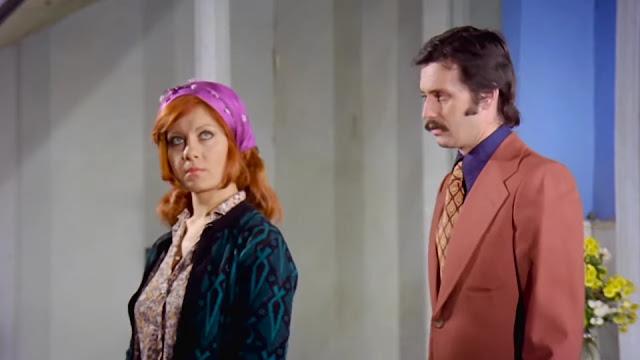 Çam Sakızı is a great example of classic Turkish rom-coms. While it's pretty cliched by any country's standards, this never gets in the way of the enjoyment/
Çam Sakızı is a typical Turkish romance. It's mostly entertaining, and presents the old cliches in an amusing way, rarely feeling tired. I found the plot to be very fun, as a foreign spin on the classic Pygmalion tale. It's always entertaining seeing different classes mix, and as these movies show, it's always the lower classes who are the more honourable people. 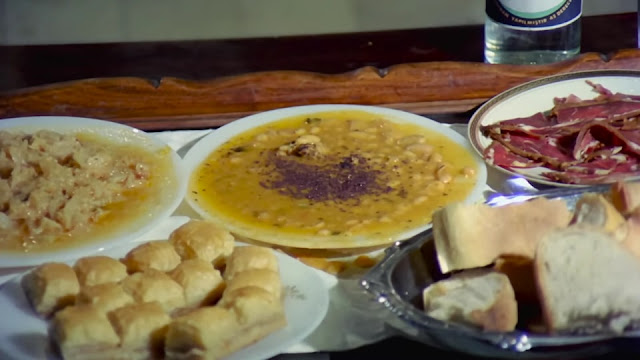 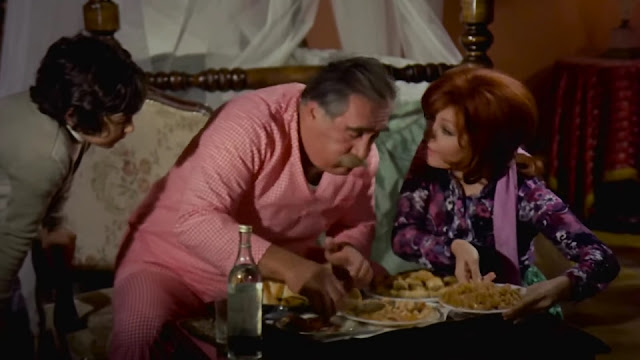 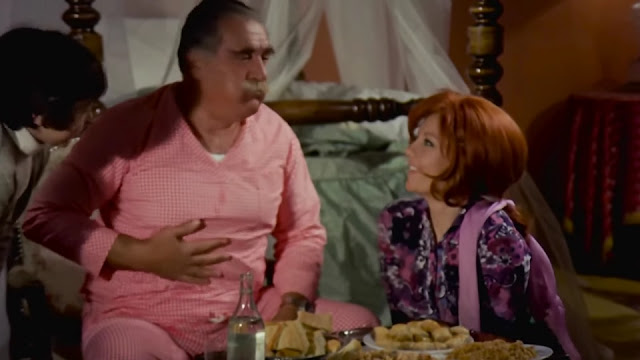 For the majority of its runtime, Çam Sakızı is one of those rare movies where there doesn't seem to be any conflict, and the writers are content with simply telling a = story with their characters. There is the stuff with the shady doctors of course, though that's mainly for comedy and doesn't really make up a whole lot of time. Kind of a disappointment really. It kinda fizzles out and disappears after a while, without much conclusion. Things do get shaken up in the climax, naturally, with your everyday third-act break-up. This was pretty frustrating to me. I suppose my problem with this development isn't necessarily that it happens period, but that it comes so late in the film, and this also necessitates its speedy and hurried resolution. It only takes like 5 minutes, not counting the musical number! 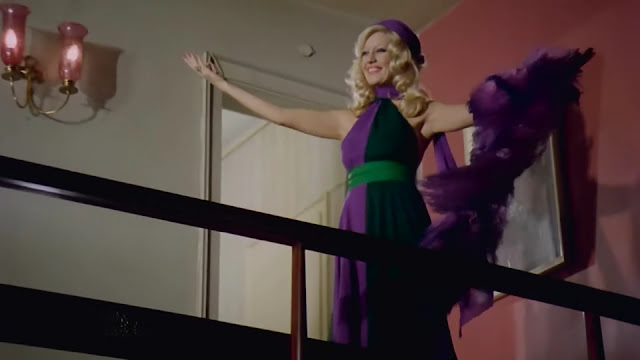 Where the movie feels/falls a little flat is in the romance. At the movie's beginning, Adnan is with another woman, happily pawing at her boobs, and yet is expected to ditch her and fall in love with Mihriban in only a matter of days. I'm not quite sure what she'd want with a Casanova/Lothario like him, but oh well. He only really starts falling for her after the transformation (that is, the last half hour), and that leads into the next big problem, which I'll get into/address below.

Mihriban is a very natural protagonist, a salt of the earth woman in personality and appearance, with a cute innocence to her, as well as a striking head of red hair. That all changes after she goes on a special trip though, and comes back an uber-fashionable blonde, slathered in make-up. She obviously still looks good, but it feels like something is lost with this make-over. And this of course isn't helped by Adnan only falling in love with Mihriban after she's undergone a big make-over. So he couldn't care less before, but now we're expected to believe he's earnestly in love with her just because he likes blondes? I freely imagine he'll dump her if she goes back to being a redhead. I also imagine she'd kill him is such an eventuality arose. 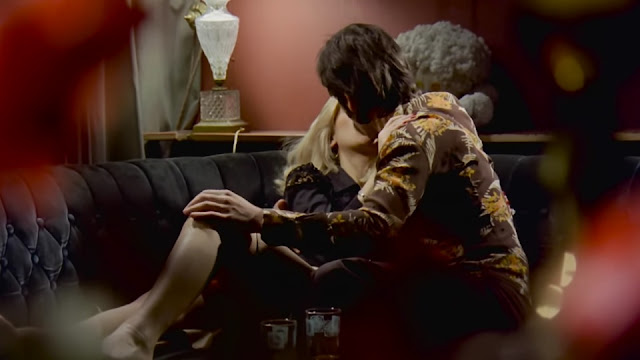 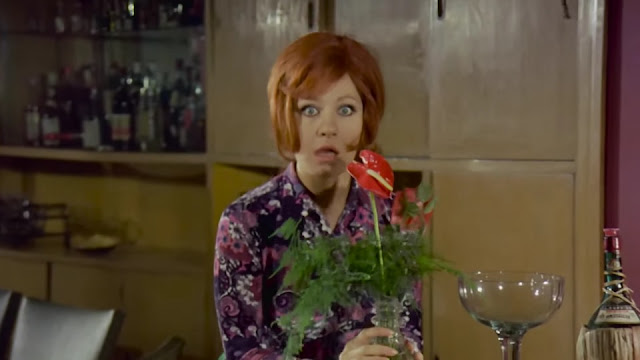 Hulusi is an entertaining presence, grumpy to those who deserve it, and nice to our heroine. He doesn't get a whole lot to do in the [film's] second half, but not nothing though, as he doesplay a big role near the end.

The villains are a varied bunch. We've got the vampy girlfriend Mine, and the two doctors, who are like a Turkish version of Lenny and Squiggy. Whether that's good or bad depends on you, They're amusing enough even f they're clearly not a threat. Mine though causes some trouble!

The acting here is all good. The leads all deliver fine performances, with Emel Sayın being a standout as the cheeky, but adorable and wholesome heroine. Hulusi Kentmenn is also funny as usual as his typical blustering yet good natured self. Engin Çağlar is a good romantic lead. His moustache may be nothing compared to his co-star's, and he's pretty standard, but does a perfectly fine job. 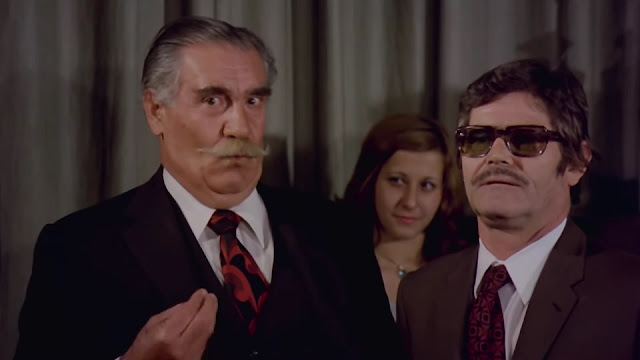 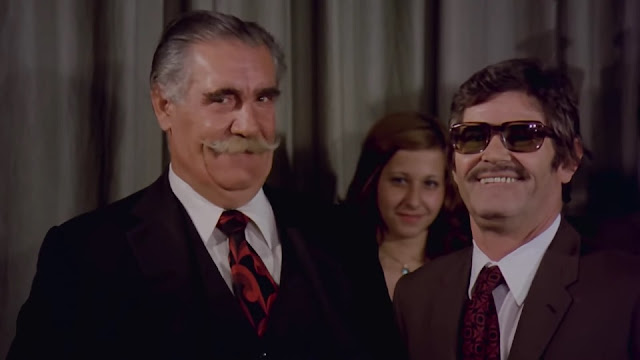 Işın İşsever(?) is fine as the kid, never being annoying or bratty. Ceyda Karahan plays the bitchy girlfriend to a tee, making you love to hate her. And lastly, Mete Inselel and Cevat Kurtuluş are mixed as the comic relief. Some might loathe them, while others might find them funny. I'm somewhere in the middle. As someone who's suffered through Dr. Goldfoot and the Girl Bombs, I've had enough bad foreign comedy relief pairings to last me a lifetime! Compared to that movie, Inselel and Kurtuluş are like Abbott and Costello!

Not only does Emel Sayın perform her duties as an actress, but a singer too. She performs a few numbers, getting as much mileage as she can out of her character's nightclub occupation. She does well   and I give props to her for being animated during these performances, rather than just staying still as a statue. 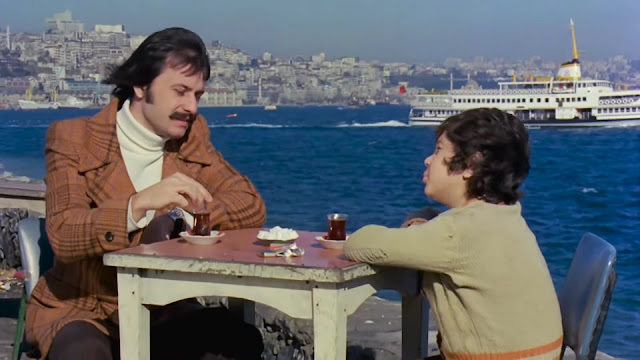 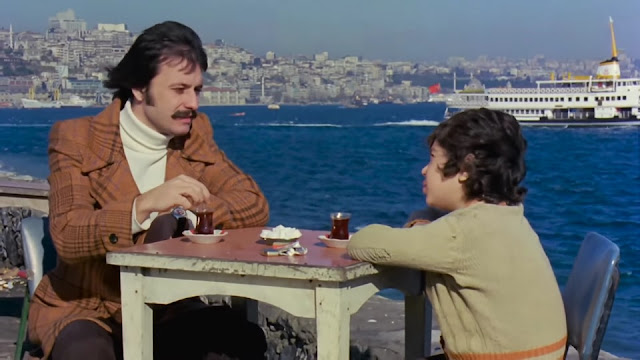 The direction is quite good for the most part, and some shots look quite stylish! The nightclub performances are choreographed well, and the romantic scenes are shot nicely. The only complaint I had was there are a couple of scenes where Mihriban is watching Adnan and his girlfriend, and it's a bit hard to tell where she is in relation with them, and how they can't see her if she's right there (wherever 'there' is). Lastly, there's some very beautiful location work here!

The music here is quite nice. There's a fun instrumental theme for the intro, that recurs at a decent rate, acting as a good leitmotif. The songs all mix with the action well, and are spaced out decently, never too close or too far apart. 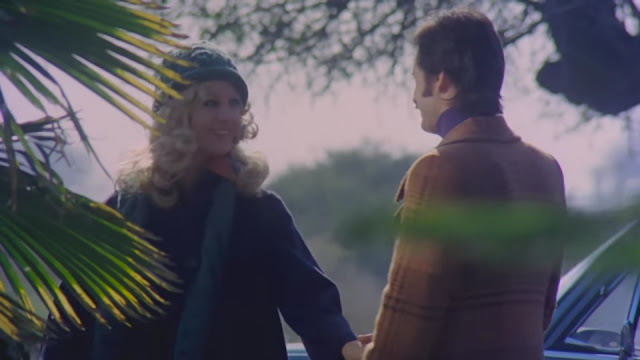 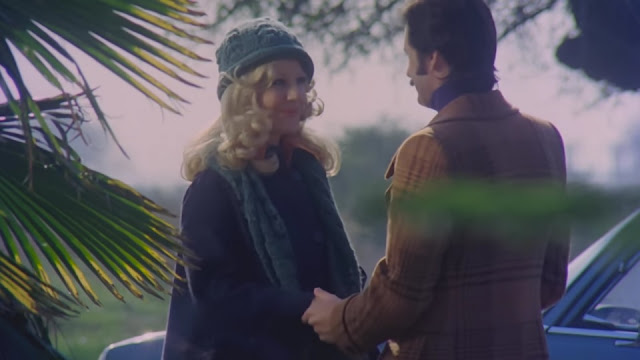 If you're new to Turkish cinema, or just keen on romances, Çam Sakızı is a great time to be had. Not perfect, but a great example nonetheless.
Posted by Chris Hewson at 9:42 PM