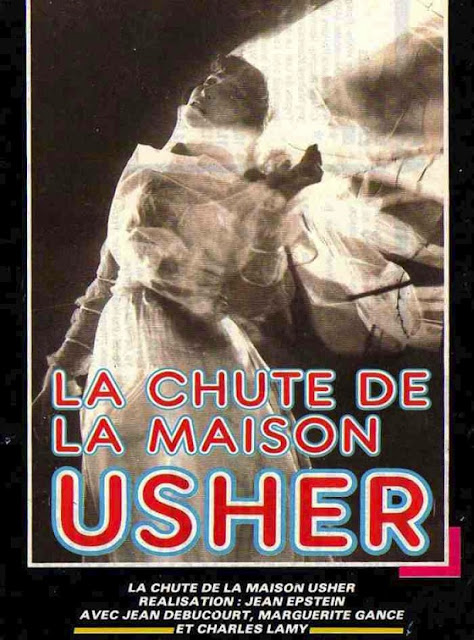 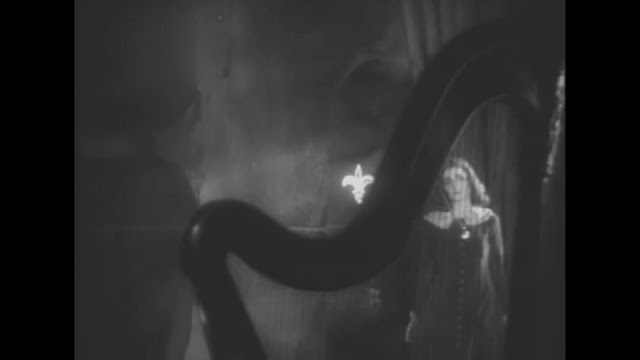 The disturbed Roderick Usher invites a friend over to spend some time at his isolated family estate. While there the guest gets acquainted with Roderick's new wife Madeline, who is being painted by her husband. For every brush stroke that he paints though, Madeline grows weaker, until finally as the portrait is complete, she is dead. A despondent Roderick relies on his friend to cheer him up after the funeral, but strange things begin to happen...

This adaption of House of Usher really left me cold. I went into it hopeful, expecting a nice spooky movie, with a neat arty touch to it, but instead I was bored off my ass after only 20 minutes. I wanted to give it a chance, so I didn't write it off then and there, but when you're already a third of the way through the movie and you're figuratively checking your watch, that's not/hardly a good sign. 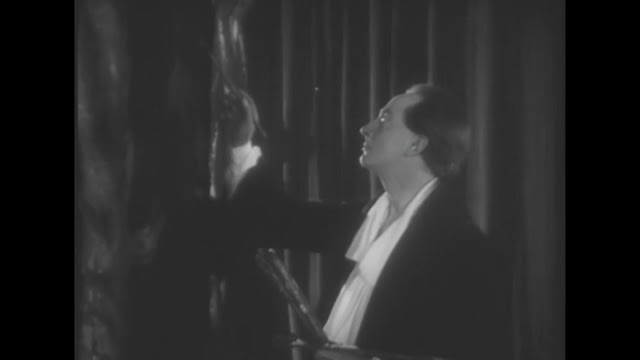 One of the most distinctive things about this film is that not only does it adapt The Fall of the House of Usher, but also The Oval Portrait, another story of Poe's. With all the various indignities Edgar's adaptations have suffered over the years, there are certainly much worse things you could do than combine a couple stories into one   My only worry was that as we reached the halfway point, we still hadn't really seen much sign of the main story kicking into gear, so I was afraid the Oval Portrait stuff might end up overshadowing the titular story. Ultimately it takes up the first half hour, while the second is devoted entirely to Usher. 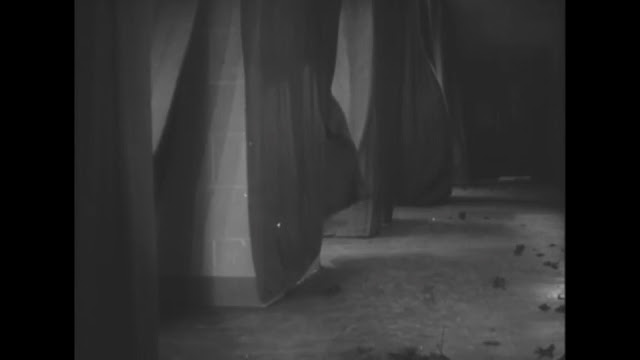 Mixing these two stories doesn't seem like such a bad idea on paper, since  but I do worry it might take something away from   not to mention the simple fact that these are two different stories, and you can't just stitch 'em together and call it a day. 'Dying' psychosomatically from being painted could certainly fit in with the Usher family mindset, but I feel it's better when their deaths are unremarkable events they know are coming. It just happens (or so they think!). 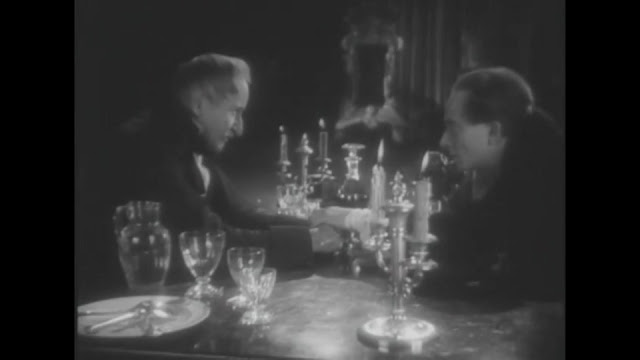 The biggest changes made to the source material in this film are strange ones. The first is that Roderick and Madeline are no longer siblings, but husband and wife. Seems arbitrary, but ok. The second though is far more major-They survive the end of the movie! Excuse me? Ok, nevermind that them being siblings is really quite important, as the change means she's no longer a cursed Usher, why the gosh hell do the Ushers survive? Them dying is the lynchpin of the story! It's the whole point! I guess even arthouse French auteurs from the 1920s were suckers for happy endings.

The set design and direction in House of Usher is the best thing about it by far. It's not perfect by any means, as more than a few scenes are impossible to tell what's going on] (whether this is intentional or not = to me), and there are moments where you're either not sure what you're looking at, or the miniature doesn't really add up with what's happening. As for the pluses though, the =   This film builds up a wonderful atmosphere through its spooky hallways and billowing curtains, its foggy moors, and its =. Just a shame they weren't in a better film. 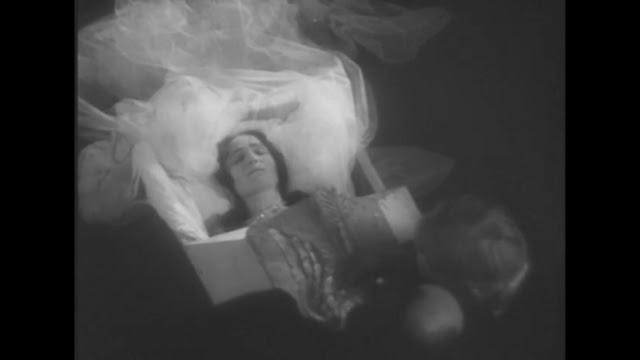 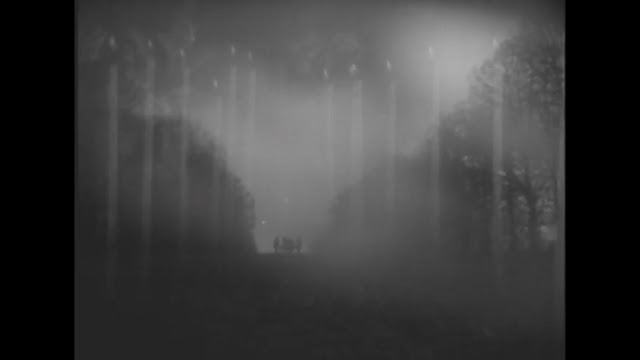 Another thing I applaud the movie for is its ease of access. I might not be able to speak/understand French, but I have read Poe, so I understood what was happening, but the movie is also pretty light on intertitles too, so foreign audiences aren't daunted with 10 walls of French text every few minutes.

The acting is alright. The main role of Roderick is played ok by Jean Debucourt, though he often looks less like a frail melencholic and more like a druggie smiling like he just heard a bad joke. Marguerite Gance is decent as Madeline too, looking suitably sickly and ethereal in her relatively short screentime. Charles Lamy is good as the friend, and his casting was quite a surprise! Most movies based on this story cast a young handsome man in the role, so to see an older gentleman is certainly different! 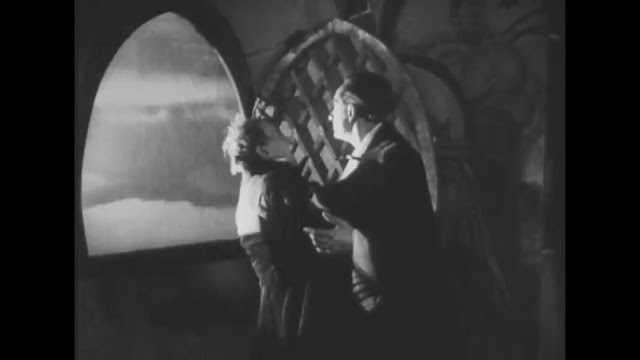 I had such hopes for this version of House of Usher, but overall it just disappointed me. It's got its pluses, but they didn't save it in my eyes.
Posted by Chris Hewson at 9:13 PM