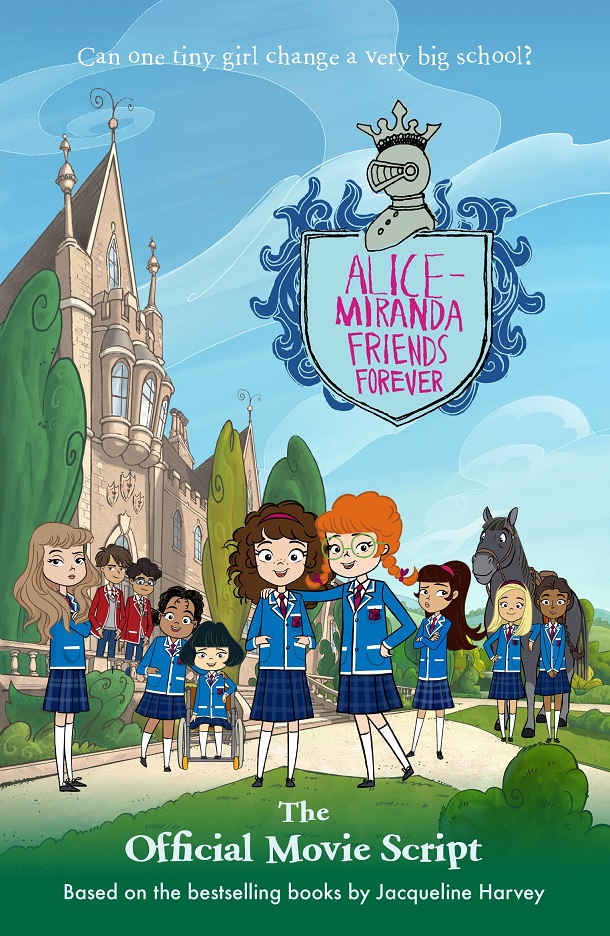 A book series I've recently discovered is the Australian [series] Alice-Miranda, which follows the adventures of the titular young heroine as she meets colourful people, fights dastardly villains, helps those in need, and embarks on thrilling escapades. They're an absolute joy to read. Adorable, adventurous, never condescending, and they can get pretty bloody heavy at times too! It's always nice reading something that knows to be sweet without being saccharine, and mature without getting too grim.

Alice-Miranda Highton-Smith Kennington-Jones has just started life at the boarding school Winchesterfield-Downsfordvale, and is excited to meet everyone there and learn new things. She makes fast friends with many girls, as well as some enemies, and with their help she sets out to win any challenges thrown at her, and discover the mystery behind the school's elusive headmistress... 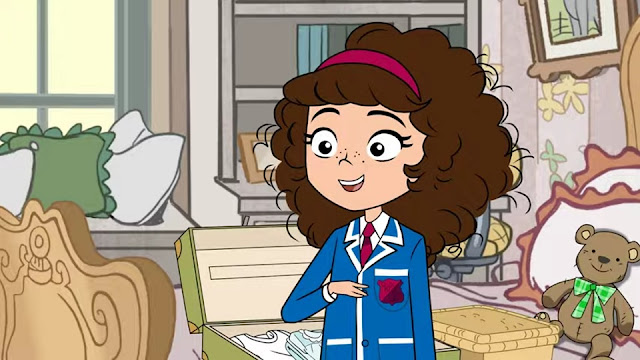 I was really looking forward to this movie! I knew a movie based on the books was coming, but figured it was a long way off yet. Then one day I was casually scanning through the week's new tv guide, when BAM, Alice-Miranda on at 5:30! I dutifully parked myself in front of the tv, all ready for what was no doubt going to be an adorable and fun movie, AND....

Oh boy, I hated this movie!

This is an example of an adaption done plain wrong! It starts off alright, but lots of little things kept cropping up. It began rushing through the book's story like crazy, and got the sequence of events all wrong. The book has a nice and breezy pace, quick to read but taking its time with the story. The movie however feels like it's rushing to adapt as much as it can before it reaches the finish line. It doesn't seem to care about doing it well, but doing it just to say they have. For example, the 3 challenges Alice-Miranda has to go through in the book are here breezed through all in one scene, like they were nothing. There was no camping or thrilling boat race either, or Alethea cheating. The stuff with the prowler hasn't even been mentioned yet, despite coming up much earlier in the book, namely because the third challenge was the climax! 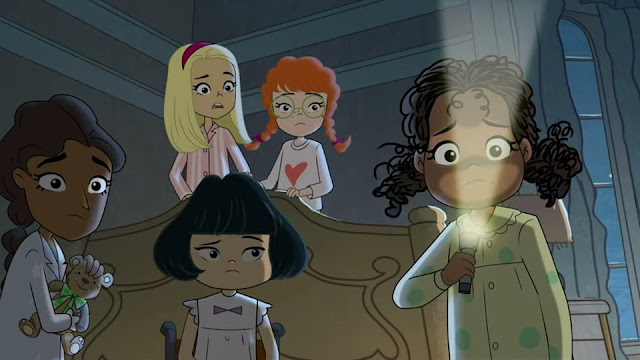 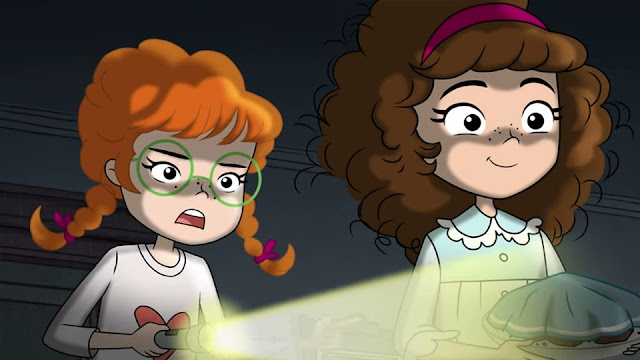 There are many events that I was afraid were just dropped altogether, but they do show up, eventually being the key word. Anything dramatic is just stripped away though, in one scene moreso than any others. What should be a slow and sombre scene, set by moonlight, is instead over and done with very quickly and matter-of-factly, in broad daylight.

Then, with only about 25 minutes left, it suddenly ignores the ending of Miss Grimm's redemption and starts adapting Book 3! As you can imagine, trying to fit in the whole third book and end the first in only 25 minutes is an insane idea, and goes as well as you'd expect.

Now onto the characters. Alice-Miranda is translated decently in places, but comes across a bit more =, naive, and dare I say stupid at times in this version. Some of the characters feel how they did in the books, though not realised properly, while others were completely different! The biggest difference is the school bully Alethea, who's merged visually with a mean girl from a later book, and given other main girl Jacinta's mother troubles.

Then guess who shows up-Sloane! The mean girl they already merged with another character! Geez, it's one thing to compress characters together, but it's another entirely to ignore even that and include them all anyway. What are they gonna do with these characters when they're now identical?! 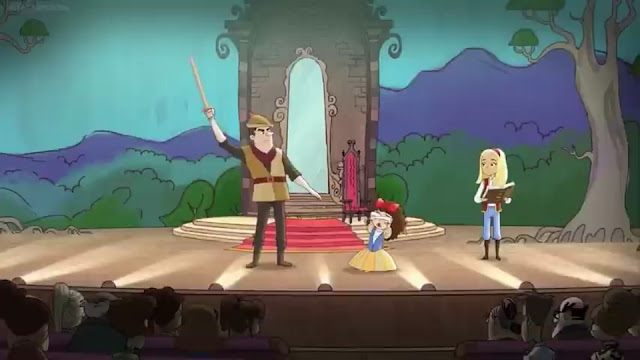 The headmistress Miss Grimm really gets shafted. In the book she spends her whole time cooped up in her office until the end, and has no wish to see anyone, but she still shares scenes with Alice-Miranda, and interacts with the students. She's a mean piece of work for the majority of the book, which makes the reveal later on work so well, and her redemption so sweet. Here though she feels less mean and more sad and isolated, so the ending doesn't have the same punch as it should.

One last note is names. With ones like Jacinta Headlington-Bear, you can tell the series has some kooky appellations! The movie says them very [matter-of-factly] though, as if they're the most normal names in the world, which loses the humourous impact they would have had. With jokes like these you don't wanna lay it on too thick, but no-one likes unbuttered toast!

The voice acting here is tolerable at best, pretty bad at worst. More than a few performances are clunky or unendearing, and it really made the film a chore to watch!

The animation here is nice as still images, looking very clean and cute, although it seems a bit cheap in motion, feeling very much on a TV budget. I'm not quite sure if the audio totally matched with the visuals either, kinda like a bad dub. There's some nice diversity and representation here, which is good. Some of the characters' visuals annoyed me though, such as the cook, with her star shaped pudding hair! 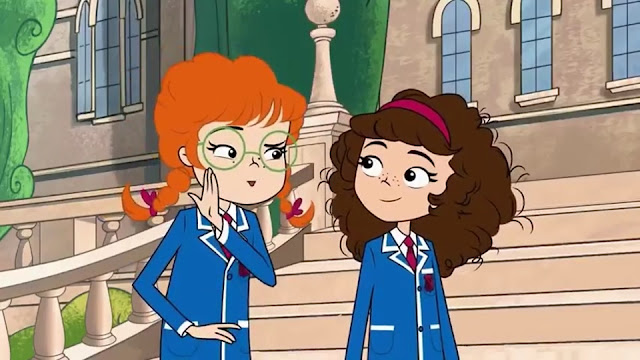 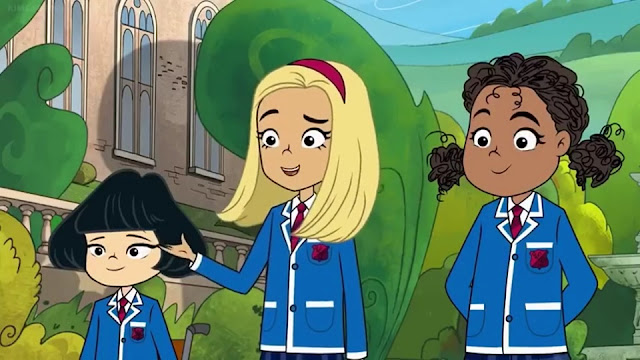 You're probably wondering if there's anything about this movie I did like. Well, I did really appreciate that everyone's Australian! The book's pretty ambiguous about its location (and it definitely takes place in a different and nicer world than ours), but it's pretty clearly England. Here though they changed it up to the nationality of the series, which I liked. It may not be strictly on-book, and we Aussies might not nearly be that classy, but I appreciate it nonetheless! Oy oy oy!

Alice-Miranda: Friends Forever is a great example of what not to do when adapting a book, and what happens when laziness overtakes inspiration. If you're trying to adapt a book but you're lazy, that's PERFECT/perfect. You don't need to exert yourself because the author already did all the hard work. All you need to do is let it play out as on the page, but some people can't help but tinker (or in this case butcher) the source material, try and tell their own story, or just mess things up. This is one bad movie, and I don't recommend it in the slightest. The books though are absolutely wonderful, and I highly recommend you seek them out if you're at all interested in schoolgirl adventures!
Posted by Chris Hewson at 9:37 PM