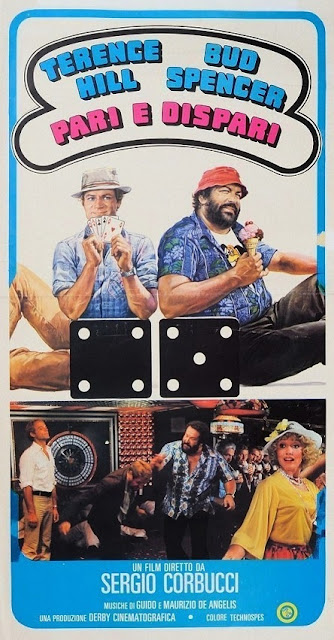 I've always been a huge fan of Italian comic stars Terence Hill and Bud Spencer's output, though there was one entry that I remember not enjoying much-Odds and Evens. As the years have gone by I've been worried I'd given it a bad rap. Maybe I wasn't in the best mood when I saw the film, or misjudged it in some other way. Because of this (and because it's been ages since I have it a rewatch in general), I've been eager to check it out again, and give a final verdict!... 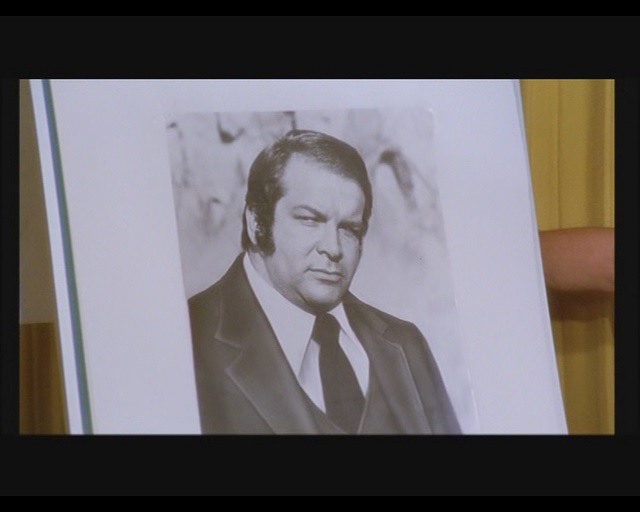 Lietenant Johnny Firpo, a dedicated sailor and athlete, is given an assignment by his superiors to locate and dismantle a massive gambling operation. To this end he pesters big and grouchy truck driver Charlie for unknown reasons. Just as he's ready to annihilate this blue-eyed pest, he discovers they are long-lost brothers. Through some manipulation and persuasion, the duo team up to bring the fight to the crooks at large...
Odds and Evens is a mixed bag of a film. By no means bad, it's got plenty to like, and these two leads are always fun. The movie itself falters in a few ways for me however. The first is that it's a crushing 2 hours, and focuses heavily on gambling, which is a subject I'm hardly interested in. In other words, if you love gambling, you will adore this movie, but if you couldn't give a toss, you will rue that runtime! No individual scene is boring, but add them together and it can be interminable. 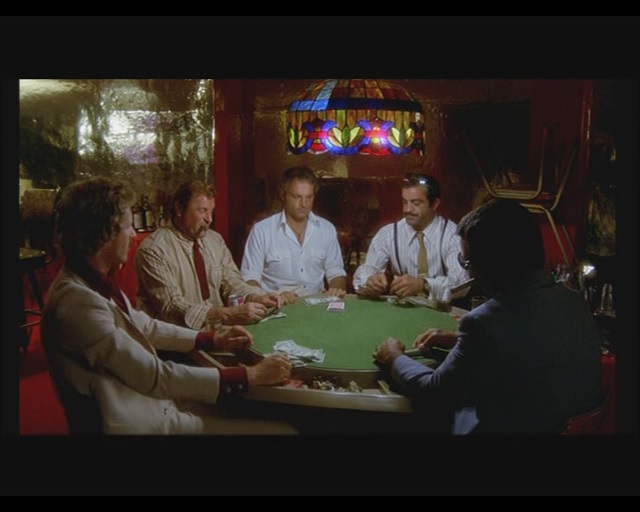 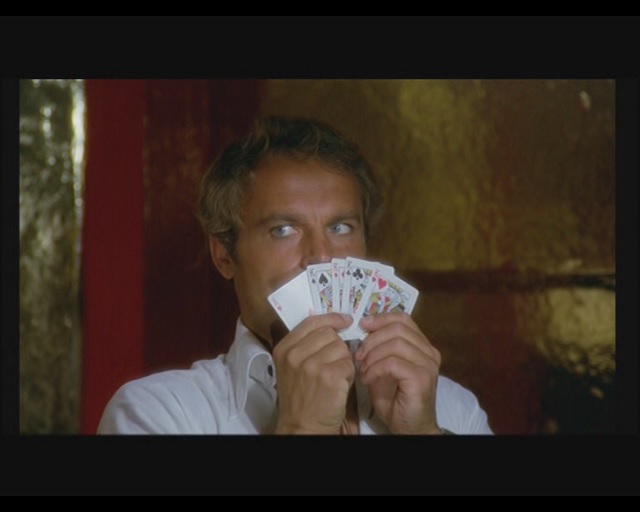 The other big problem with the film is that it's a little confusing. Terence is a sports player who's also in the Navy, and is hired as a special investigator. He's instructed to team up with a man who by a complete coincidence turns out to be not only the same guy he met earlier that day, but his long lost twin brother! And both of them are also the sons of a famous grifter. It's a lot to take in!
The movie never really lets up from this either. It's only an hour in that we finally realise Johnny and Charlie are brothers (and I'm still mystified at how they didn't know each-other at first), and for that first hour I was increasingly unclear on what the plot actually was, beyond the basics of smashing up a gambling ring. 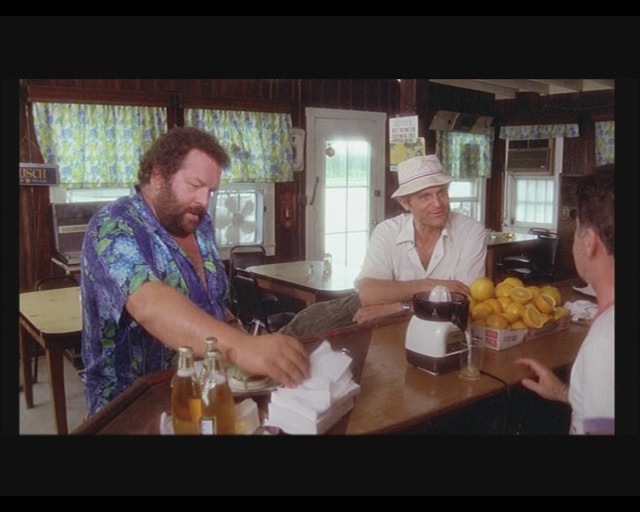 What's interesting about Odds and Evens is just how much of it is taken up by the conflict between Bud and Terence! Usually that's the first 10-20 minutes, with sprinklings throughout, but the plot comes into gear, like the duo teaming up to avenge their dune buggy, become cops, stop pirates, etc. But here they don't team up for the greater good until around an hour in. Even then the criminal plot is never given that much focus. It's always there, but feels more like an afterthought at times, only really coming back into play in the last act.
The comedy is a high point here. From clever wordplay, to amusing situations, there are many laughs to be had, including Johnny's novel way of getting extra drinks, and a certain disguise Charlie dons. 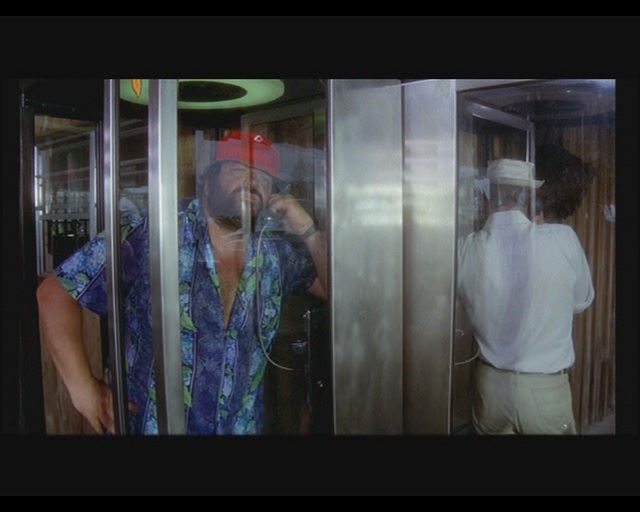 The characters here are your typical leads from Bud and Terence. Fun loving meets grumpy, making a great combination as usual. Although Johnny started pissing me off when he bet Charlie's truck in a match without him knowing, then steals it! The whole time during my first viewing of Odds and Evens, I was wondering where the dolphins were and were they ok!
I also don't understand why he didn't just approach Bud first thing and say "Hi, I'm a special investigator and I need your help to bust a major gambling ring. You in?". I bet he would've had an immediate ally, especially since Charlie has an axe to grind with this particular crime boss. It's strange that he instead spends a whole hour subtly tricking him into gambling against his will and generally making his life miserable, when such an easy alternative could have been achieved. 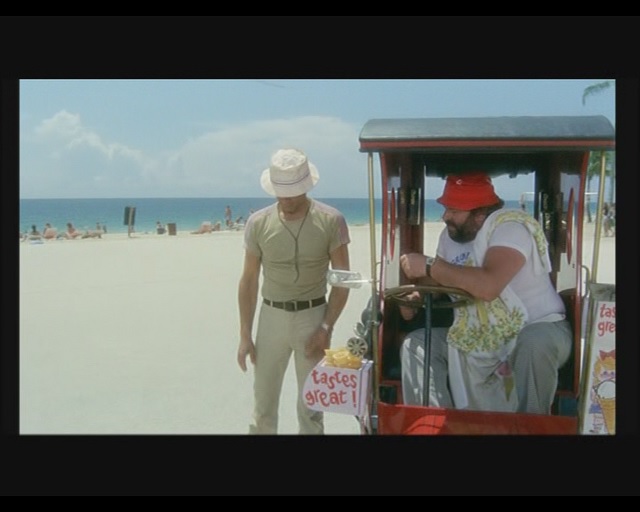 The villains are likewise your typical goons. Nefarious, filled with false bravado, and always up for a fight no matter how many times they get knocked down. As for the main antagonist, he's nothing special. When he does finally show up, he's just a random dude, and never really leaves much of an impression, least of all as a gambler. For all the ominous ways people talk about him, all we see of his gambling skills is getting trounced by Johnny, before getting the crap kicked out of him. 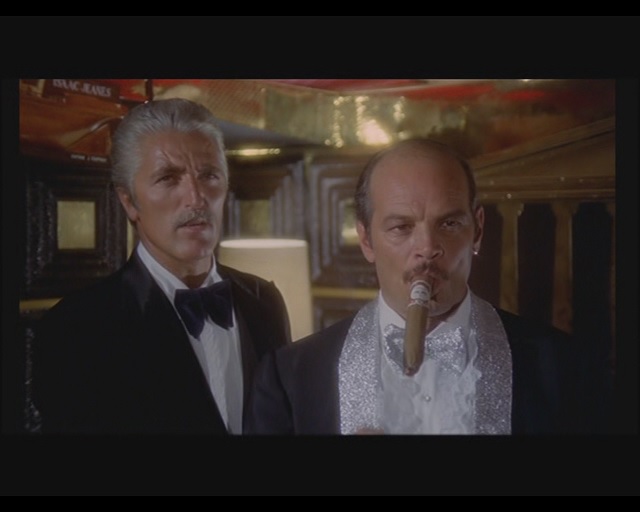 The fights are another highlight in Odds and Evens. All the familiar and enjoyable tropes are back again, with plenty to keep things fresh. As always we see the two heroes battling gangsters in a diner, in the process probably causing more damage than the baddies (but at least they always pay it back!). The pub demolition near the end is a bit hard to watch though, since it's Bud doing all the damage, to an innocent bar, just because he's pissed off! It looks great, but I wish it was under different circumstances.
Lastly there's the climax. It has a hilariously inventive beginning, then continues with much excitement. The heroes deliver a fantastic beatdown, using everything but the kitchen sink to defeat their enemies. And there's so much broken glass too! It's easy to see how these films inspired Jackie Chan!
The score, by Oliver Onions, is a nice one. The main theme (an instrumental this time) has a strange sound to it, mainly from the instruments its played on, but it sounds good, and I liked the rescorings throughout. 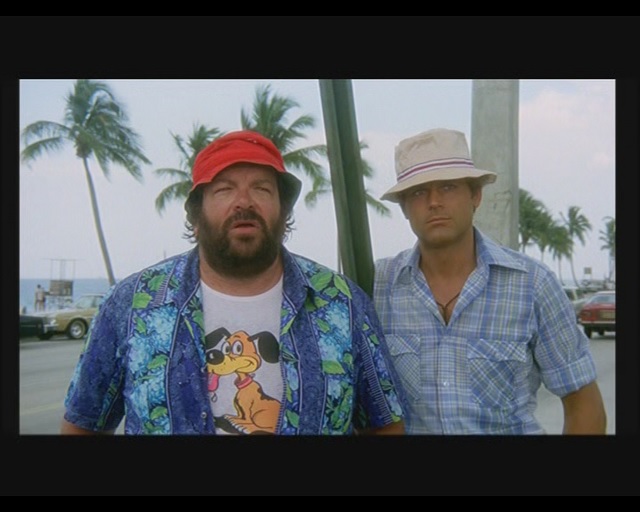 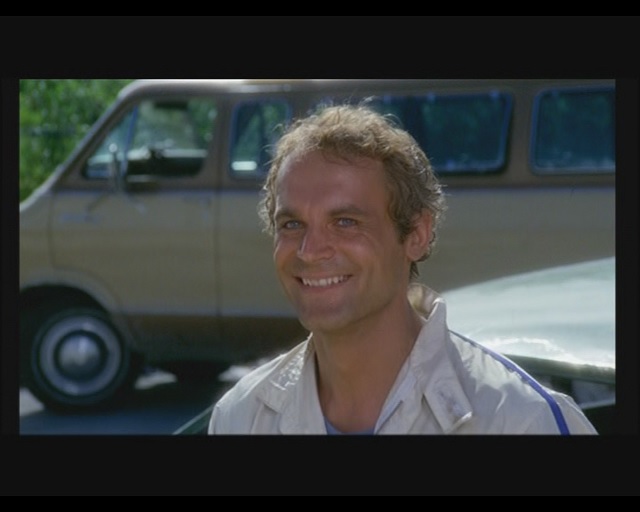 Odds and Evens isn't a bad film, and it's got a lot of funny moments, but it also feels like two films slapped together, suffering as a result. I wouldn't recommend it as your first outing with Terence and Bud, but certainly check it out if you're a fan...
Posted by Chris at 6:48 AM