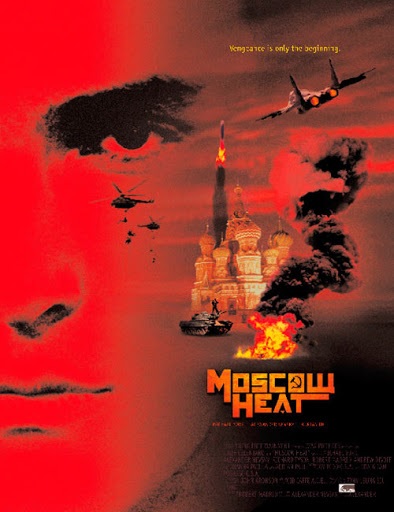 It's time for Storytime today at Not This Time, Nayland Smith. Once, all the way back in 2012-12 I was watching a newly purchased DVD, and it contained a trailer for the amusingly titled Moscow Heat. The film grabbed my attention for two reasons. Firstly, it stars Michael York, and in a serious action/drama no less! And secondly, it seemed like a good movie. I always intended to hunt it down, but such things are easier said than done when you live in a small town. Cut to this year, I remembered the movie and swore to track it down, and now it's finally time to dig in... 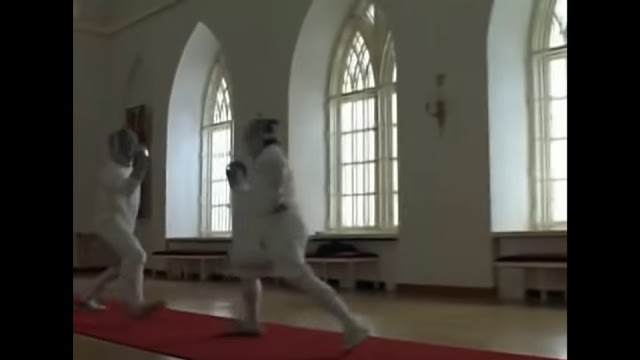 Roger Chambers is an aging diplomat whose police officer son is murdered during a case gone wrong. Wanting to see justice done, he travels to Russia with his son's partner Rudy, the two determined to hunt down ruthless arms dealer Nikolay Klimov. On their side after some coaxing is straight-laced local policeman Vlad, also seeking revenge...
Moscow Heat is your typical mid-90s/Early-2000s action film of the video era. It's got a pretty dime-a-dozen plot, and despite being taken seriously, it's at times silly. But that serious nature gives it a sense of sincerity that a lot of movies of this type had, and it can go a long way. 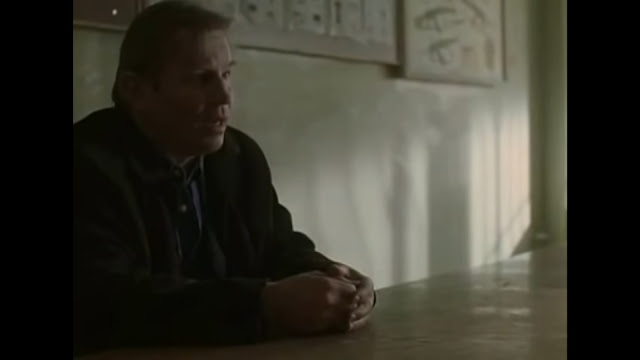 Being what it is, Moscow Heat is an easy target, and I've read many harsh criticisms about it, including some that say it's nothing but 90 minutes of actors wandering the streets of Moscow. Now, opinions are different with anyone, and I don't begrudge anyone who simply didn't like the movie, but in this case I will totally call bullshit. This is not a boring movie, nor is it two dudes walking and doing nothing. There's a serviceable enough story here, it makes sense, and there's a steady supply of action. This might not be the most action-packed movie, but less can be more, and everything is paced well.
The plot is very simple. Dude's son gets killed, he wants revenge, teams up with local cop. Not the deepest of plots, but we get some good emotion from it. We are given some added intrigue later on. It's only in the last half hour when this conspiracy plot comes into play. In some cases this can be annoying, but it works here. Perhaps because the revenge is the crux of the movie, and this is just extra dressing. 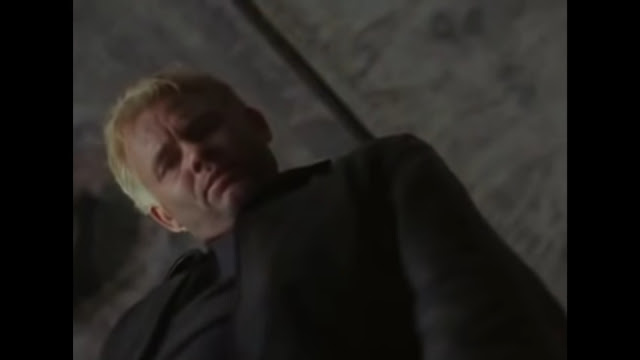 After getting much of the first half to himself, York sadly begins to get sidelined in the second. I don't think it was intentional, I believe it was just an unavoidable side effect due to the film's structure. Since it takes half of the film for he and Vlad to team up, we need more scenes of him to catch up. Thankfully this sidelining does not extend to the last half hour of the film, so we're at least not deprived of Michael York kicking ass then.
Their partnership is the driving force in the movie, so out of everything, it's what the movie's gotta nail most. I thought it was reasonably well handled. One thing I liked is that they're not instantly chummy from moment 1. It makes their friendship seem realer, if you know what I mean. 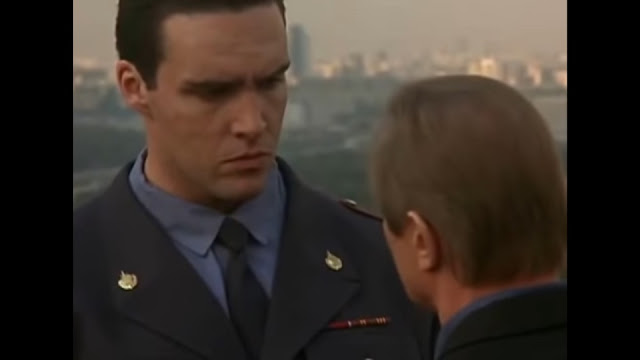 Vlad does get the majority of the big action setpieces, but most importantly, Roger is the one to get the final fight of the movie, getting Klimov all to himself in a swordfight! I liked that the movie began with a fencing match between father and son, then made literally no mention of this skill until this moment. It felt nice to not be beaten over the head with an informed talent the whole movie.
One odd and almost pointless scene is when Roger tracks down Klimov's old girlfriend. She and her buddies make a couple of mean remarks at him, but then a local gangster sends some assassins to kill everyone there. Roger draws his gun, and I grinned as we were about to see Michael York's first action scene of the film...Then he just hides behind a door with the girl! He does an awful job protecting anyone, just letting all of her friends get mowed down! I'd be inclined to bop him one if I were her. Then the gangsters leave, and the scene just ends. 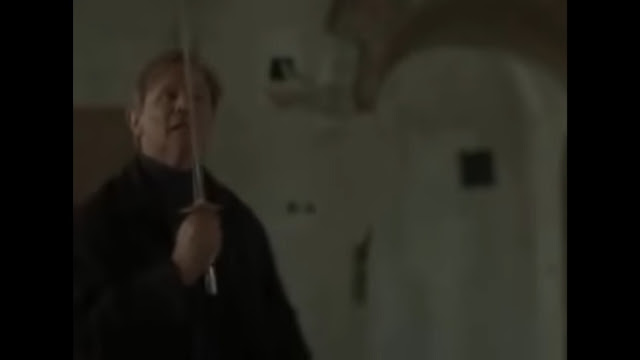 While we're on the subject, Masha as a character also ends up being entirely pointless. The movie sets her up as being an old ex of Klimov's, and a potential love interest for Roger as he saves her from this gunfight, and they team up. But instead she just vanishes for half an hour, then suddenly she's not only still with Klimov, but is a torturer/assassin for him! She has an exchange with Roger in the climax where she really has it in for him, being pissed at him for the death of her friends, which is a bit nonsensical (I mean, it's totally his fault for not doing anything, but he hardly pulled the trigger!). Then she just gets abruptly killed in the most disappointing yet funniest way possible.
The writing itself can be a bit skew-whiff at times, with clunky dialogue and line delivery. Although at least some of it is justified by being English people speaking to foreigners, or vice versa. One thing I appreciated was the film's strong message against government corruption, which is a good message and one that Russia should really take to heart.
Another weird scene is at the end, when Vlad's superior approaches the two and says "Not bad for a couple of civilians". He walks away, then Roger asks what he says, and Vlad repeats the sentence. Huh? If the dude had said it in Russian, I'd understand the need for an explanation, but the dude said it in English!...Now, I'm glad this was repeated since I actually didn't understand the boss, but still! What a weird exchange. 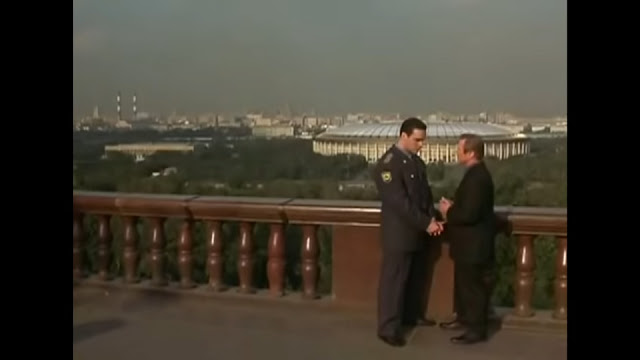 One scene I first saw in the trailer is one that that could have seemed self-indulgent. It's an actual reference to Arnold, but it actually works in context. It's also a nice ending, and really shouldn't be in the trailer!
The action in Moscow Heat is mixed. The choreography and shootouts themselves are pretty good, but they're shot in a very zoomed in, choppy, and frenetic way. It's not as bad as it sounds, as this isn't a full-on shaky cam fest, where watching gives you a headache. I've seen far worse. But it still isn't ideal.
Onto the characters proper. Roger is a good lead. Noble and sympathetic, he's a good dude to watch enact vengeance on these bad guys. His son Andrew is likable enough, and leaves a decent impression, despite being killed so early on. On that note, I really liked that his death isn't caused by any mistake on his part, or idiocy in the script, but instead happens in a completely unpredictable way to him, and one I haven't seen often.
Heroic cop Vlad is your typical straight-edged cop, who also just so happens to be a 6 foot tall bodybuilder. He's pretty flat in some places, but better in others, especially once the action starts. 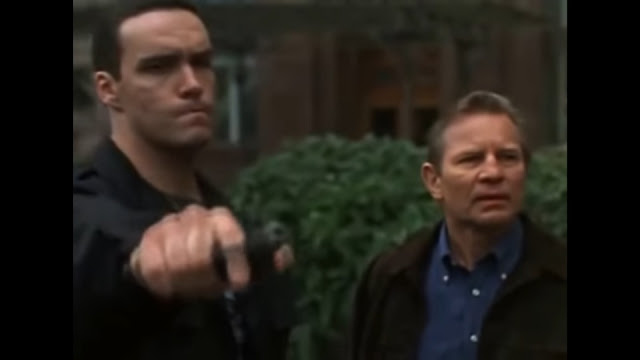 Named for a saint, Alexander Nevsky is a pretty lousy actor, though he at least exudes a likeability of a sort. Don't get me wrong, his line deliveries are incredibly clumsy and he inspires more laughs than chills. But he also entertains if you're in the right mood, and his build makes him a great fit for the action. One notable thing about his performance is his attempt at impersonating Arnold's voice, which is funny, considering Schwarzenegger spent Red Heat attempting a Russian accent.
Richard Tyson makes for a pretty decent villain, and even though he appears fleetingly during certain patches, he doesn't feel underused by the end, and has enough time to sink his teeth into. His Russian accent's more than a bit spotty though!
Highlander star Adrian Paul gets a small role here as the unlucky son. This may no doubt cause disappointment to many, seeing such a well-liked actor die 10 minutes in, but to its credit, the movie is honest about this. The trailer never makes any illusions about the fact that he's killed early on, nor does it give him top billing and a main spot on the poster. 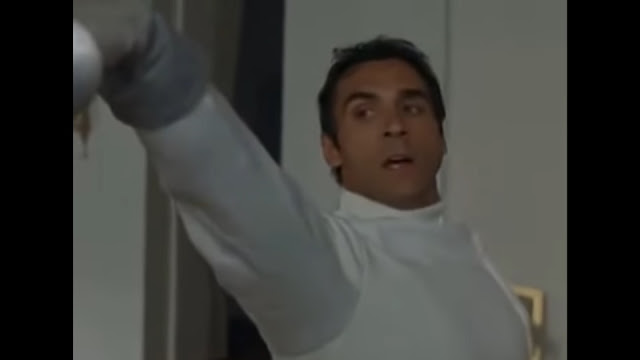 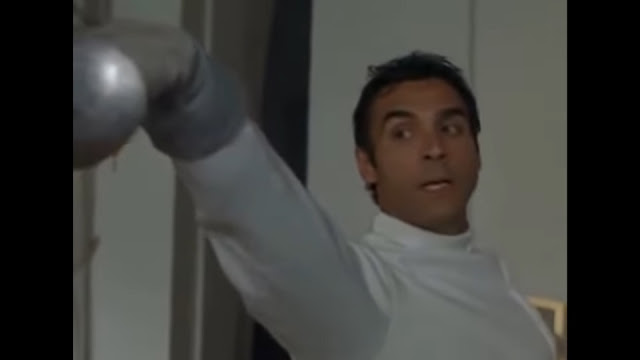 Much is made of the fact that Moscow Heat features actors like Adrian Paul and Andrew Divoff, but only in small roles due to a tiny budget. Which is funny, considering the movie's actual star is a legit A-lister, Michael York! It's a real treat seeing him in a leading role, especially in a movie like this. It's so against type, not only because it's more dramatic, but also being an older man in a DTV action flick (normally a young man's game, at least before Taken really took off).
The music here is pretty standard, but entertaining enough. They go well with the stylish credits, which have more work put into them than all modern movies. Finally, the locale here is great! The streets and old castles of Russia are a pretty sight, and the snowy streets provide a nice atmosphere. The movie is unapolagetic in its aim to book you a holiday to Russia, but it's hard to blame it. 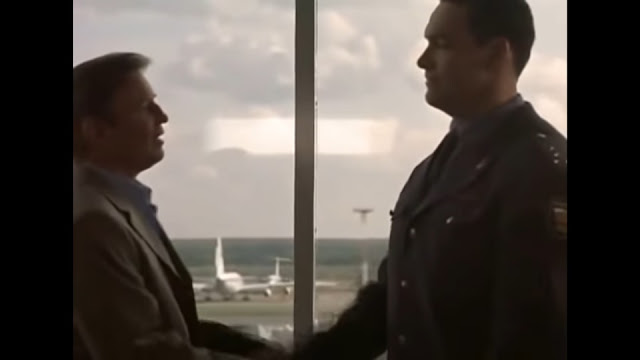 Overall, Moscow Heat definitely lived up to my expectations. In two ways. 1, it was actually a good movie for me despite what many have said, so my innate feeling was right! And 2, I was expecting a cheesy and entertaining DTV action flick, and that's exactly what I got! No arguments here...
Posted by Chris Hewson at 5:49 AM