The Mysterious Castle in the Carpathians (1981) Famed opera singer Baron Teleke Toloko has ventured to the far-off Carpathian mountains for a rest excursion, when he stumbles upon a mysterious haunted castle in the village of Werewolfsville. He investigates further, finding that his long lost love may be imprisoned withing its walls. Determined to rescue her, he goes in with the aid of a local man, finding more than he bargained for inside... 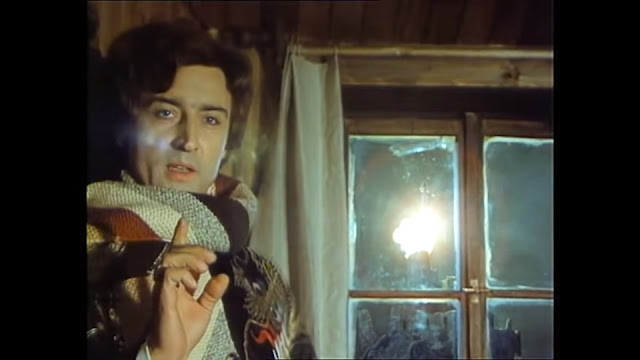 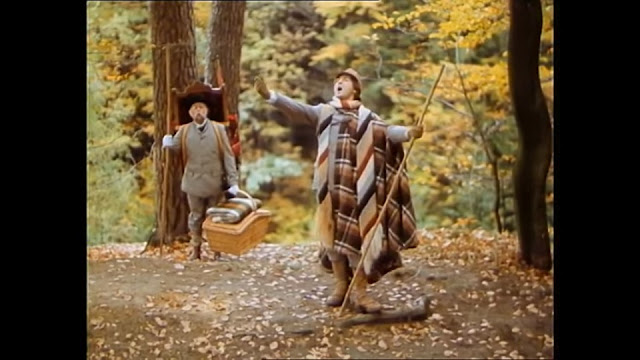 The Mysterious Castle in the Carpathian Mountains is a film that definitely lives up to that long title. It's a very funny movie, and a perfect example of Czechoslovakian cinema. If you ever get a Czechoslovak on the subject of film, this is for sure to be the one they recommend above all else, and for good reason! 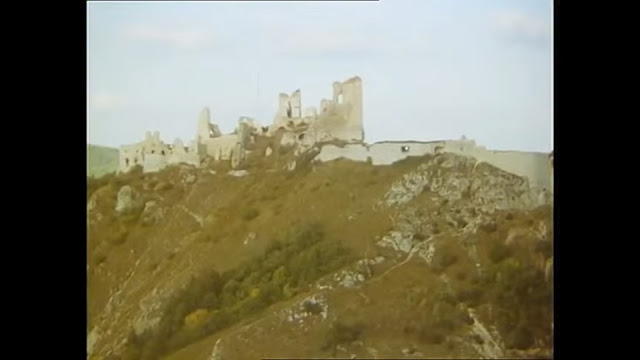 The tone of the movie is a quirky and somewhat black zaniness,    But it never gets too dark. This is definitely a black comedy in places, but never mean-spirited, and   The only complaint one might have is that the humour could detract from the drama in the final reveal. But I think the filmmakers were aware of this, which is why they end the movie the way they did, [with a = curtain call as if to tell us that everything is really ok, and we can relax.]
characters 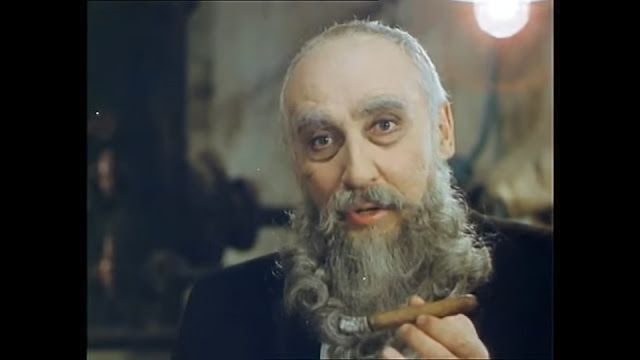 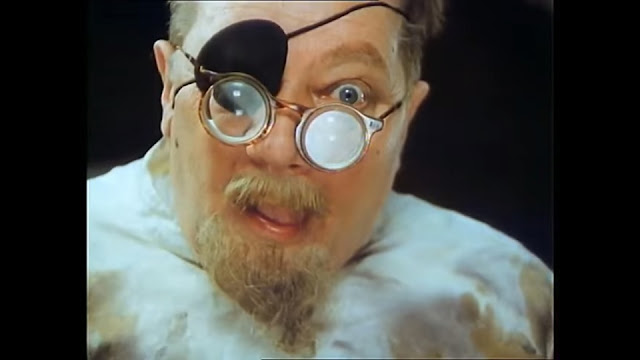 villains
While this film bears a lot of originality all to itself, the story [itself] actually comes from none other than Jules Verne! His 1892 novel The Carpathian Castle  While I haven't read it yet, this seems to be a fairly faithful adaption. Some added local humour and lunacy of course, and the Czechs tinkered with the lead's name to make it = and hilarious, but otherwise it seems pretty untouched. 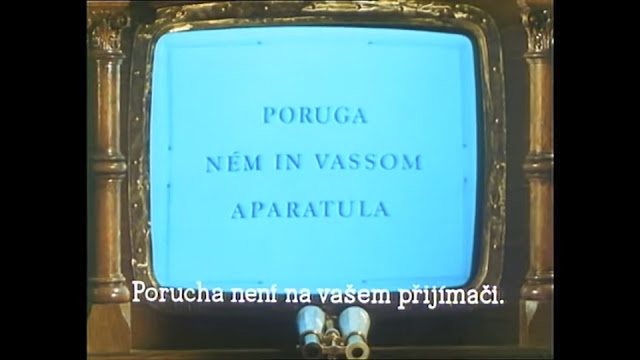 This is set in a classical period, but features a lot of advanced technology. This works in a fun anachronistic way, without being obnoxious and in-your-face about it like other movies can be. It gives the film a really unique aesthetic. Surprisingly, however, all of that is in the book! Shocking, right? You just assume the movie is deliberately anachronistic, but nope, instead Jules Verne was being Jules Verne again, and predicting dozens of future technologies to a tee! And all in a random book of his that most casual readers don't even know! 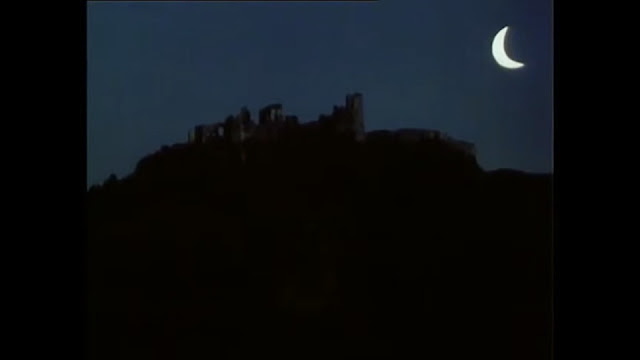 The pace here is really good. The first half hour sets up the mystery well, and successfully makes the castle feel like a foreboding presence off in the distance, completely unknown. When we do finally reach it, the rest of the movie takes place within its walls, and it never gets boring even for a moment. The mystery develops nicely, and there's a nice dripfeed of information. We find out who the bad guys all are by the halfway point, certainly enough to get us interested, while the rest remains unknown for longer. 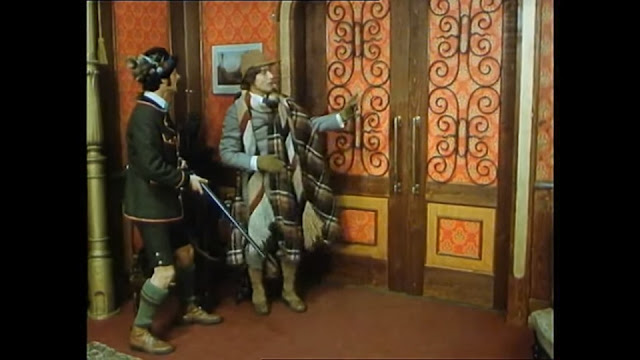 The effects in this film are great! Going hand in hand with the main location, the = always looks stellar, from the gorgeous set design (every chair, clock, painting, and ornament has a unique identity), to the mechanically moving rooms, the neat technology, the stop-motion effects (courtesy of Jan Svankmajer, I think), and much more. In any movies like this where the location is an important part of the film, it needs to look the part, and the castle here truly does. I felt bad when it got blown up at the end, I wanna live there!
The Czechoslovakian wilderness is great too. We get a nice smalltown village, with lush greenery, wide valleys, and dense forests. 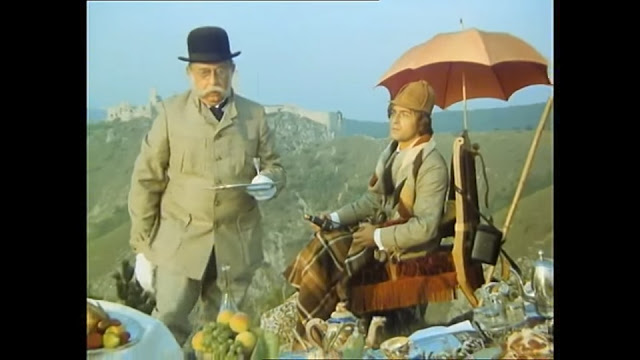 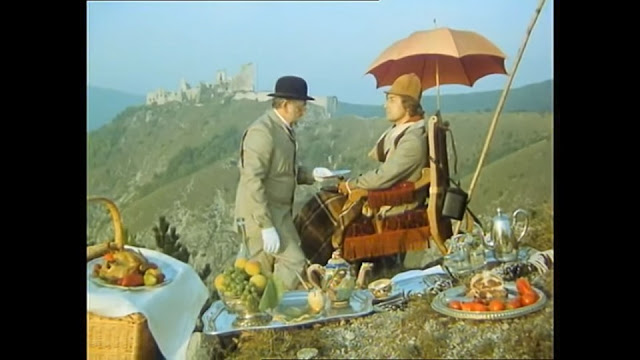 The actors   = delivers a jovial performance as the hero, while = is an effective straight man. The three villains are absolutely bizarre, enjoyable as they are weird. [I would also critique the weird fake beard if I didn't know it's an intentional joke.] The remainder of the cast are fine, with = being cute as the motherly and somewhat disapproving =, and = makes a great impression as Salsa, despite barely actually 'appearing'. 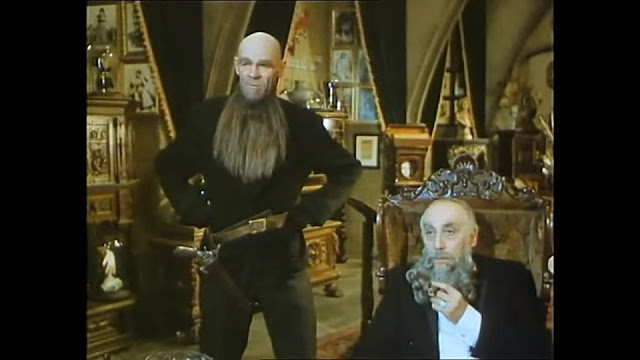 The score in Mysterious Castle is a very nice one, full of classical pieces, and operatic tunes performed within the movie. They nail a good balance between over-the-top and goofy (we can totally imagine these voices really breaking glass and stone!) but without being so overdone that they're shrill and painful to listen to. 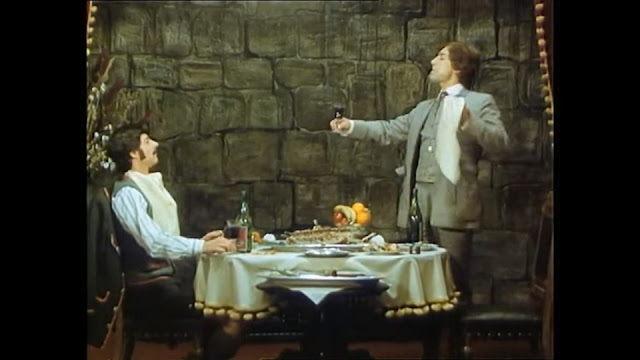 The Mysterious Castle in the Carpathians is a comedy classic for a reason, and is still a staple in its homeland of Czechoslovakia (ok, so its homeland technically doesn't exist anymore, sue me!). I highly recommend it...
Posted by Chris Hewson at 8:25 AM