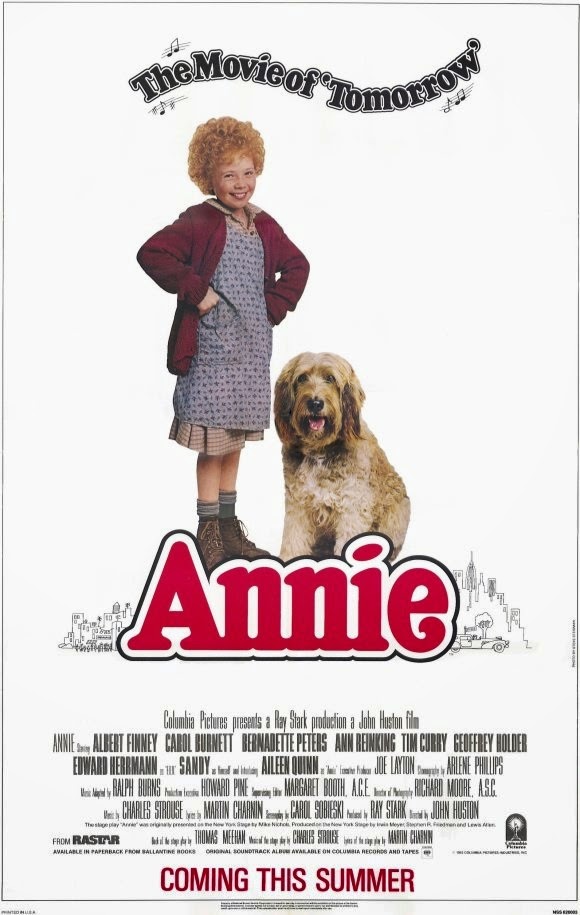 1982 musical Annie is a film that I was worried about going in, as I'd heard negative rumours aplenty about the movie's quality, but I was far from disappointed by it!...

Annie is a 10-year-old orphan living under the 'care' of the cruel drunkard Miss Hannigan. Her crummy life is interrupted one day when billionaire Oliver Warbucks decides to temporarily take in an orphan for a publicity stunt. Annie is ecstatic at the opportunity to live in Warbucks' vast mansion, and she quickly makes friends with all the staff, eventually the uninterested Mr. Warbucks himself, who decides to permanently adopt her. Soon enough, the two go on a search for Annie's real parents, if they're still alive, but unfortunately their efforts attract the attention of a deceitful pair of one-bit thieves... 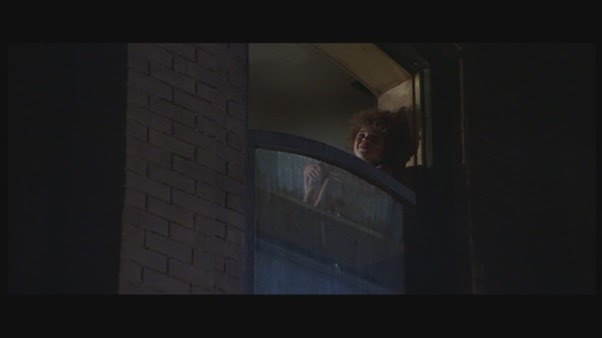 Annie is nicely paced and quick for a two hour movie, and it has a very well-written plot! The 'father-daughter' relationship between Annie and Oliver Warbucks is very well handled! As far as the original Annie stage musical's lyricist is concerned, this is a terrible movie that simplifies and dumbs everything from the play down, but to me, that simply isn't the case at all.

The title character of Annie is great! She's a very likeable and endearing lead character, with plenty of heart, compassion, and all-round character! Annie is awesome, make no mistake about that! She punches out bullies, and sings to FDR!

Oliver 'Daddy' Warbucks is a nicely well-rounded character. Rather than just being a totally cold dick to start with who gets thawed out by Annie, he instead always has a softer side-He's just one of those people who's good without being all that nice. Though of course, he is still touched by Annie's spirit, and made a happier and kinder person-The movie is just less cliched about it than others. 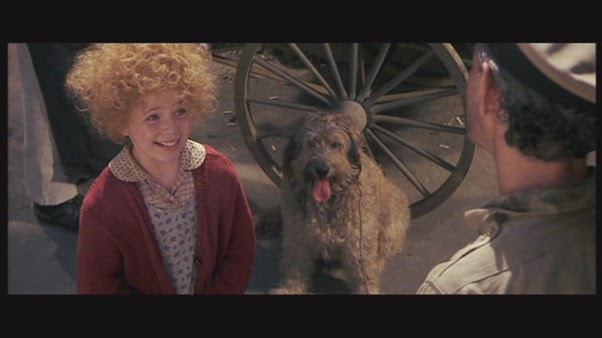 The villains of this film aren't quite as well-handled. Rooster and his Bernadette Peters-helmed sidekick appear just enough to have enough screentime, but I wish they had more scenes. Miss Hannigan on the other hand is another pretty decently rounded character!

The acting in Annie is very good. Aileen Quinn has a lot of work in not only carrying a movie, but a musical at that, and she succeeds beautifully! She's a great singer, a fine actress, and she never comes across as cute in a forced way-She naturally exudes pure cuteness!

By the way, a funny aside. It sure must've been confusing for the young girl to have won both a Best Young Actress award from one outlet, and a Worst Supporting Actress one from another! But then again, that latter 'award' came from the Razzies, and everyone knows they're not a real awards function-They're just a bunch of dicks.

Albert Finney is great as the boisterous and loud Oliver Warbucks, while Ann Reinking is good as the nice Grace Farrell, although she sort-of phases out of the movie after a while. She still shows up now and again, mostly in the background of scenes, and she's in the final musical number, but it's not much. 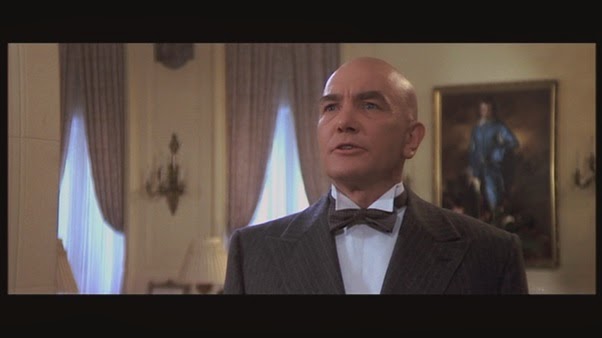 Carol Burnett is a riot as the lush Miss Hannigan, and Tim Curry is a good villain, with a decent American accent to boot! Geoffrey Holder makes for a memorable character in appearance, even if it is baffling why a black guy is playing an Indian named Punjab (Still, could be worse-It could be a white guy playing the ethnic role!). Holder even gets to let out his iconic laugh at one point, despite the character's otherwise stoic nature in the rest of the film! The rest of the acting is fine, their singing is all pitch-perfect, and not one child actor here is bad! Hooray!

The songs in Annie are great! From Tomorrow, to Maybe, You're Never Fully Dressed Without a Smile, and Hard Knock Life, by far the film's (and by extension, the stage musical's) most famous number. Tomorrow is reprised twice in the movie, and thankfully it doesn't get old or overused. The space between its uses is long enough, and it fits perfectly in all the scenes it's sung in, making them completely! 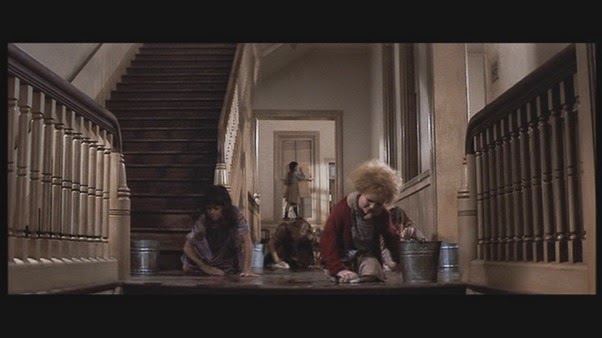 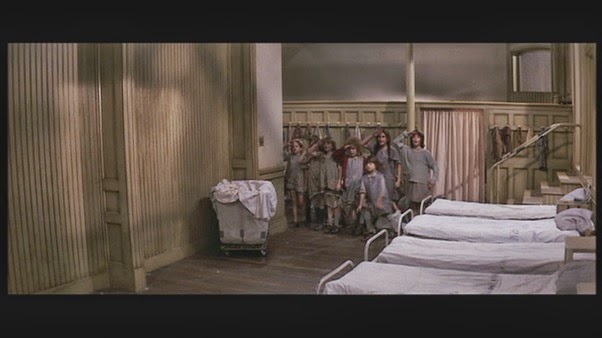 Funnily enough, the only songs in this movie I didn't much like were the ones written specifically for it, rather than taken from the stage play, such as the Dumb Dog, and Sandy ones. They were over too quickly, and weren't very punchy or greatly written. I also didn't like the overlong last third of the Let's Go To the Movies number.

The staging and choreography of a lot of the musical numbers in Annie is great, from the iconic Hard Knock Life, to more extravagant ones such as Let's Go To the Movies (blech), or the glorious final song!

One last thing to note about Annie is that I'm very thankful for frilly and huge 1930's style undergarments, because it makes the movie's habit of the younger actresses frequently flashing the camera slightly less creepy, by just a smidge. 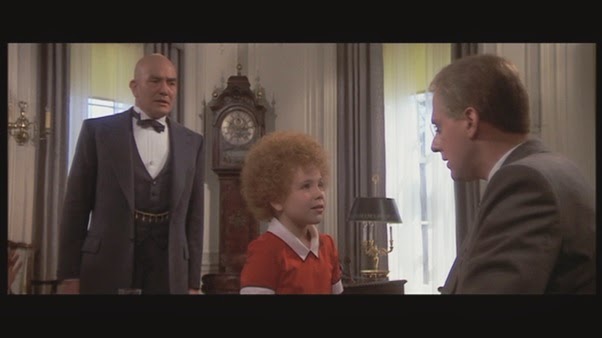 Annie is a great musical, and a very joyful movie! It left me with a huge smile on my face come the end, and I highly recommend it!...
Posted by Chris Hewson at 8:17 AM