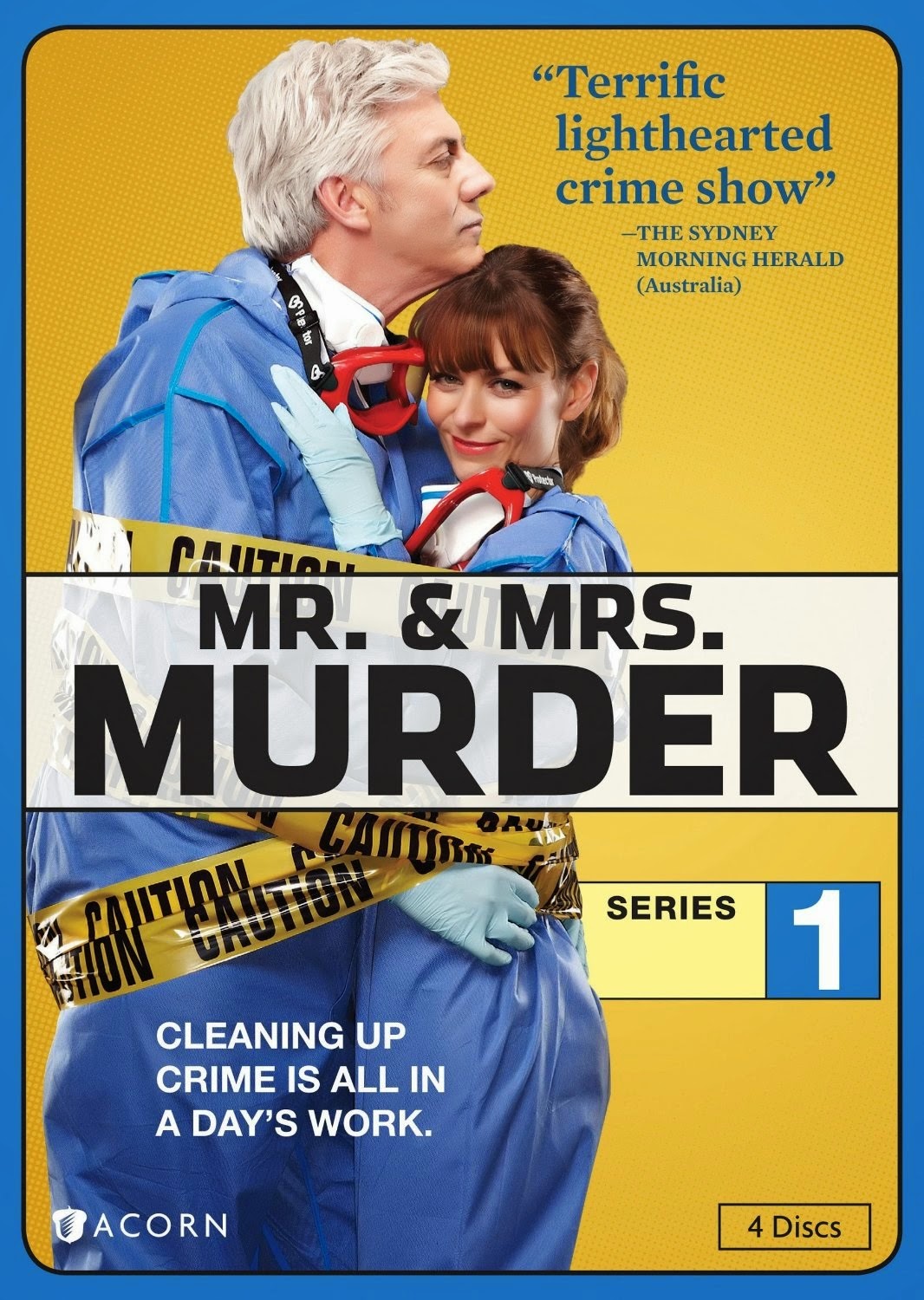 As an Australian, I can attest to there not being nearly enough genre shows over here. While there's some variance in our kids shows, they're obviously not for everyone given their age range, and the majority of shows we get over here are soap operas, shitty reality TV, and dull gangland drama. Naturally, when a show like the funny whodunnit Mr. and Mrs. Murder starts, you can be sure that I'd be extremely happy!..Less so when it was cancelled at the end of its first fucking season though!... 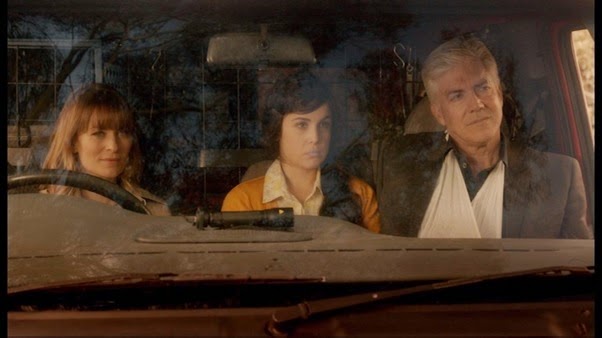 Trauma cleaners Charlie and Nicola Buchanan don't just clear up violent crime scenes, but also have a keen interest in crimesolving. The compassionate Nicola and methodical Charlie use either their status, wiles, or ingenuity to get to the bottom of mysterious deaths, whether outright murder or believed to be suicide,

Mr. and Mrs. Murder is a great TV series! It always has well-written plots, and nicely crafted mysteries! 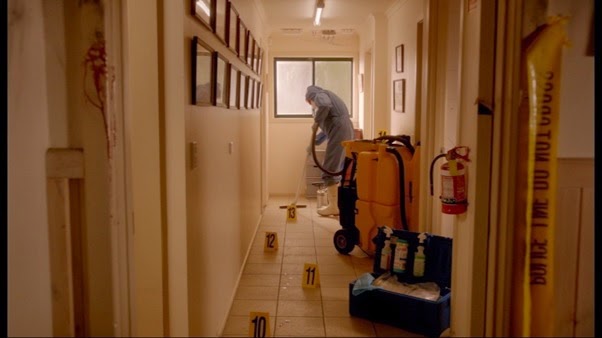 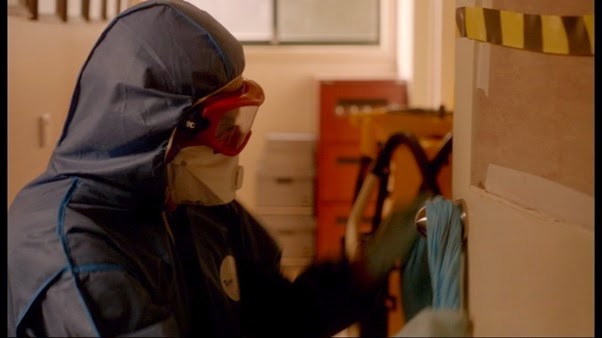 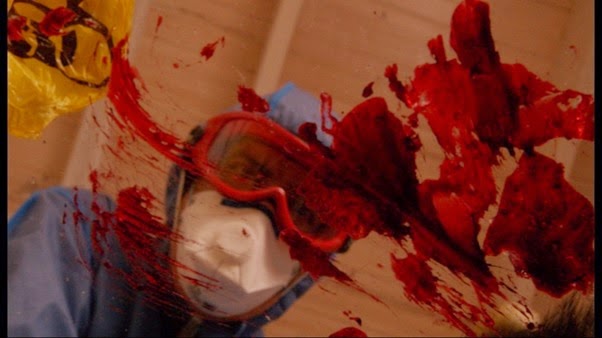 The main characters carry the show awesomely, with entertaining quirks, and great intelligence! Comedian Shaun Micallef is kinda annoying in about 10/20% of his filmography, but Mr. and Mrs. Murder certainly doesn't come under that small pocket.  Kat Stewart is equally great. And then there's the niece, snarky Jess, usually the pawn in Charlie and Nicola's sleuthing schemes. The fourth and final main character is police detective Peter Vinetti, a friend of Nicola's who's wise to the Buchanan's skills, and lets them in on investigations (and frequently frustrated and having to look away when they find clues thanks to less-than-reputable ways of sleuthing, i.e. breaking and entering). 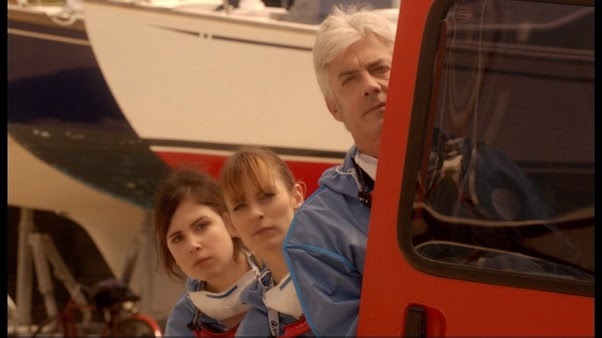 Mr. and Mrs. Murder is very funny. We get humorous dialogue, actions, and situations, as well as some oft-entertaining recurring jokes, such as Charlie and Nicola's one-sided rock-paper-scissors matches, or how Nicola serenely growls whenever hugging people.

The episode prologues are usually pretty tensely filmed, which is a pretty neat contrast to the lighthearted nature of the show, and neither these cold opens, nor the darkness of the rest of the show ever mesh negatively with its more happy atmosphere. The first episode's prologue is my favourite-It's well direction, edited, has an ooky score (which sounds like it'd fit right in in the Shadowman game), and a nifty atmospheric locale and lighting! 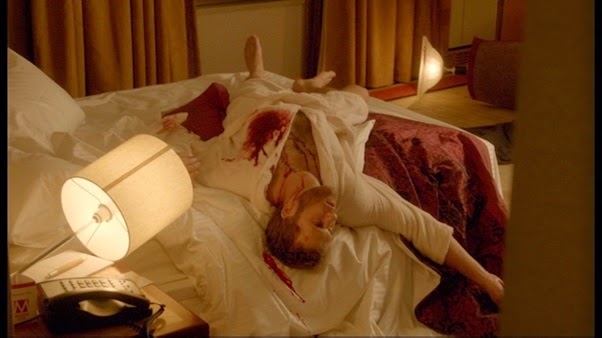 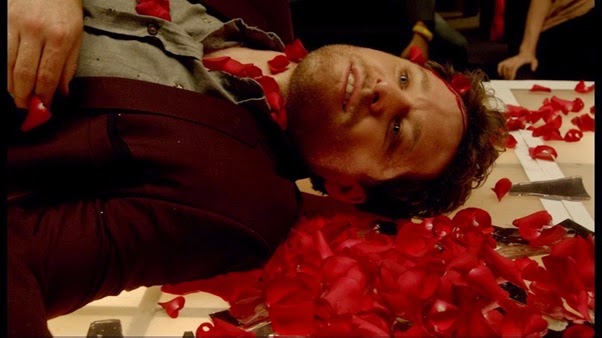 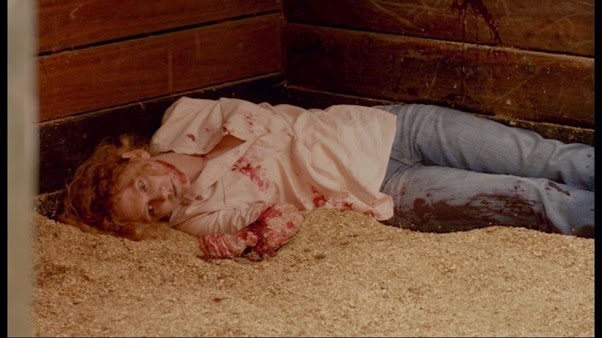 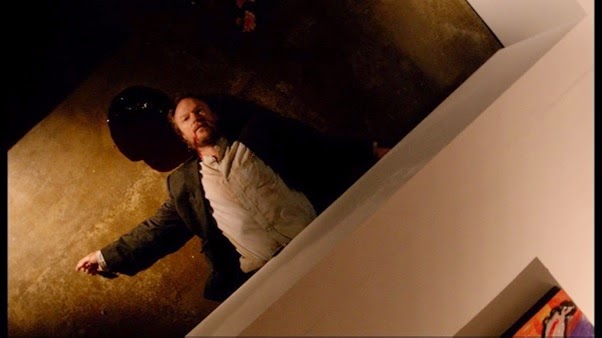 The acting in this show, from major characters to minor, is all good, and some of the actors playing the killers are niftily psychotic once their true intentions are revealed!

With its recurring tunes, leitmotifs, and one-off music, Mr. and Mrs. Murder's scoring is great! The main theme is a very nice tune, and the opening credits are, for one, actual opening credits, and they're very stylish with their comic book nature. 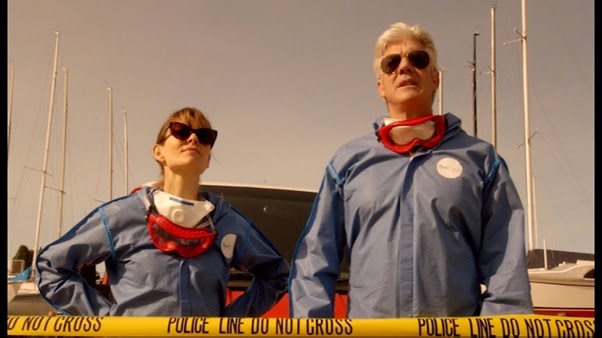 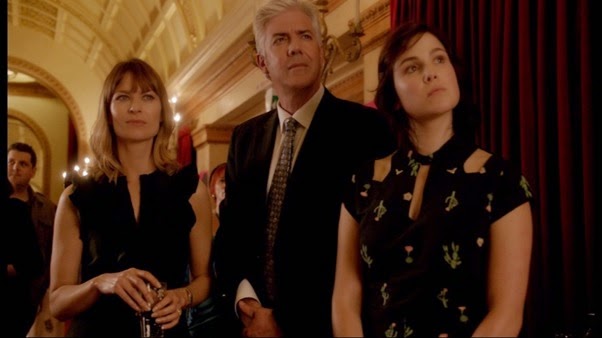 As I said above, Mr. and Mrs. Murder only lasted the one season...I'm pretty sure, anyway. The various region DVD's of the show list it as Series 1/The Complete First Series, etc., which has me a tad hopeful that maybe the show will come back for a second season. I really hope so, because Mr. and Mrs. Murder is a fantastically entertaining, witty, and amusing whodunnit series... 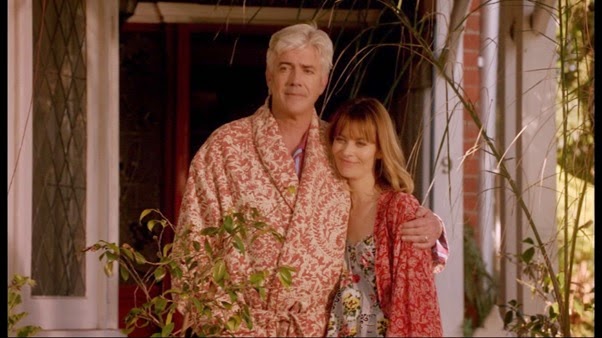