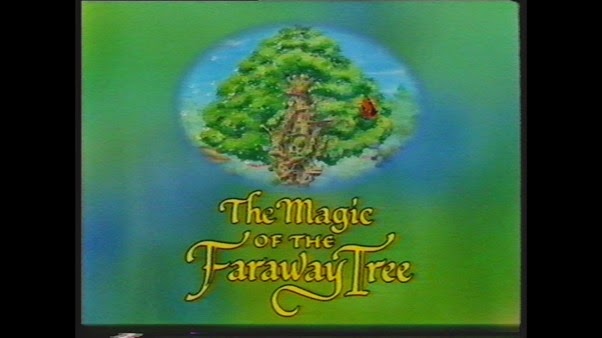 I suppose I'm what you'd call a lapsed Enid Blyton fan. I haven't read any of her books in years, despite my meaning too. A few days ago, I came across the two DVD's of a Magic Faraway Tree cartoon in a supermarket bargain bin, and instantly got them. I wasn't sure what to expect, but I certainly wasn't disappointed with my purchase!...

Fanny, Joe, and Bessie are three kids who regularly go on adventures to the Faraway tree, the home to a variety of wonderful inhabitants such as Silky the fairy, Saucepan Man, and Moonface, among others. The tree also acts as a gateway to other magical worlds, albeit briefly at a time. Whether it's a world of giants, dreams, secrets, or marvels, the Faraway gang always have fun times, even if they do end up hip deep in troublesome situations more often than not... 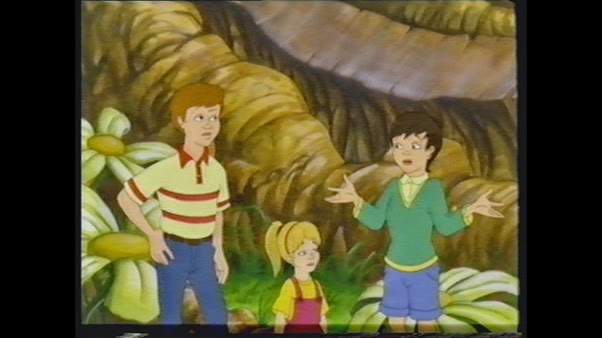 The Magic of the Faraway Tree is a very obscure cartoon series from 1997, and I have yet to find any info about it on the net!

The writing in these episodes tends to be entertaining and surreal! In one episode you've got a wicked Dame who spends her time in various occupations in order to control the world's denizens, while in another, the gang go to the Land of Dreams, where they're arrested by two police officers who take them as far as a pool, but it's empty, so they can't go for a swim. They cry, until their tears fill the pool, then they jump in, turn into fish, and instruct the gang to arrest themselves at the police station next to the giant present! Then you've got one where Saucepan Man and Joe get captured by talking polar bears, who decide to use the two as servants rather than eating them. 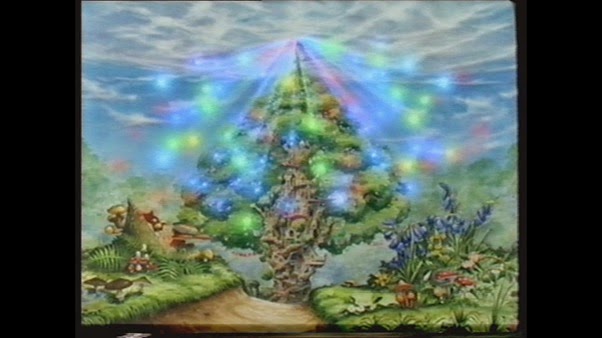 What's especially amusing about these stories is that sometimes they actually teach lessons! Simple ones, of course, but mildly helpful for kids to learn.

The episodes are very short at only ten minutes each, but are well-paced, and never rushed. Still, I wish they were twenty, that way we'd get as much Faraway Tree adventure as possible.

The characters in this series are all fine, although it's hard to understand sometimes why they haven't all murdered the perpetually-grouchy Angry Pixie, and the repetitive Saucepan Man. The jokes concerning the latter being hard of hearing are used constantly, but they never get too annoying.

The only problem concerning both the characters and the series' concept is that the first episode just starts. No explanation on who or what anyone or anything is, it just jumps right in. Thankfully it's quick and easy to get your bearings. 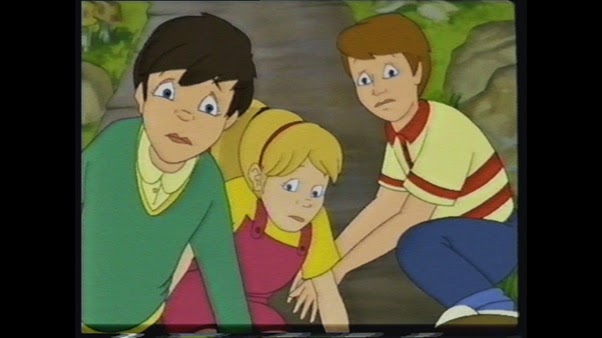 The Faraway Tree's animation is decent. Very primitive for 1997, but it's never bad. It does get a bit obvious though when animations are repeated, such as the same establishing shot of the tree again and again, or one time where a piece of dialogue (involving the Slippery Slip) is actually completely recycled! There's some CGI in the first couple of episodes, and not only is it bad, but it's really noticeable, given its clashing nature.

The acting in this series is largely decent, although the delivery here and there can be a bit weak.

The scoring in The Faraway Tree is decent. The main theme is good, while the regular music is nice. And as a plus, it never gets too repetitive if you marathon the series. 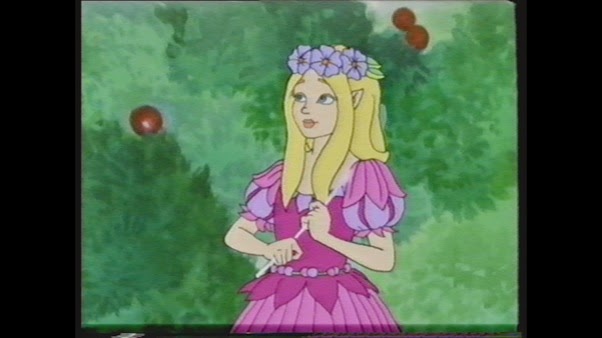 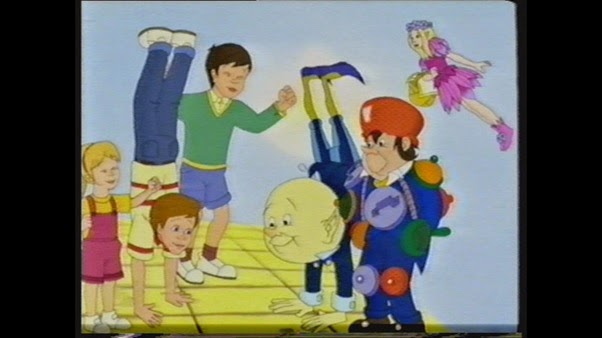 There is one genuine problem I have with this show, and it's a carryover from the revised editions of the books-The naming! The main characters are supposed to be called Fanny, Dick, and Bessie, not Fran, Rick, and Beth! I don't even know why the people responsible for this had such a problem with the name Bessie!...Actually that's not true. I do know, and am in fact stupider for knowing. They went all revisionist history on Bessie because they thought it was an 'old-fashioned' name. WELL IT'S AN OLD-FASHIONED EFFIN' BOOK! The editors of Enid Blyton's books post-whenever come across as literally Stalinistic, and it is insane! 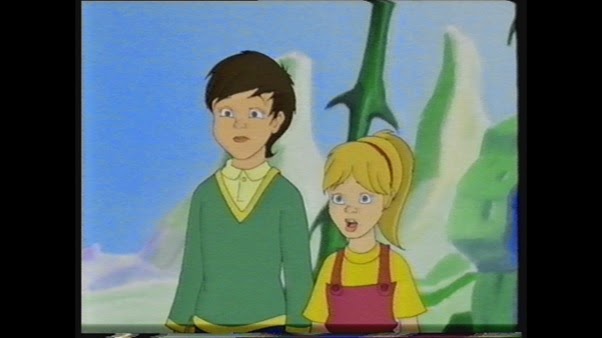 If you're not into kid stuff, I don't recommend The Magic of the Faraway Tree, but if you are, or have/know kids, this is a perfect, albeit all-too-brief treat!...
Posted by Chris Hewson at 8:24 AM