While it does have its fair share of crap articles, reading Cracked can frequently be a positive experience, especially when it allows you to discover such greats as Those Aren't Muskets!

Those Aren't Muskets is a web sketch comedy series that started in 2007. Starring Michael Swaim, and many, many others, it's very funny! The sketches are surreal and diverse. You've got ones involving a murderous phone helpline programs, a ridiculously absurd (yet played straight) action movie fake trailer, a deadly Starfox murder triangle, or zoo attraction Koko the Gorilla revealing his true intentions to his audience, much to their horror. Then there are ones involving the memetics and annoying 'underbelly' of the internet in hilariously absurd ways. 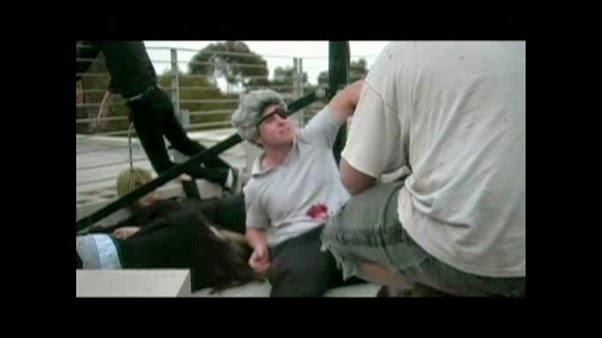 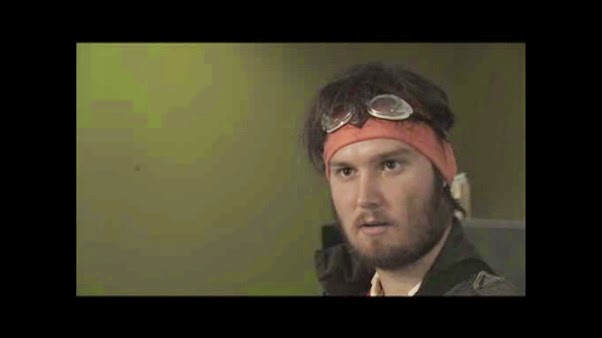 My favourite sketches are Damn You, Batman, a take on the super menacing and dark Batman of 'recent' pop culture, The Dinner Party, wherein a ransom kidnapper's work interrupts a dinner with friends, potentially threatening his marriage, and The Coat, where the manager of a business has the sad duty to inform his board that their company is going under...and the board can't help but notice his new diamond-studded coat. That's just to name a few, and with 32 sketches under TAM's belt, there's heaps to enjoy! 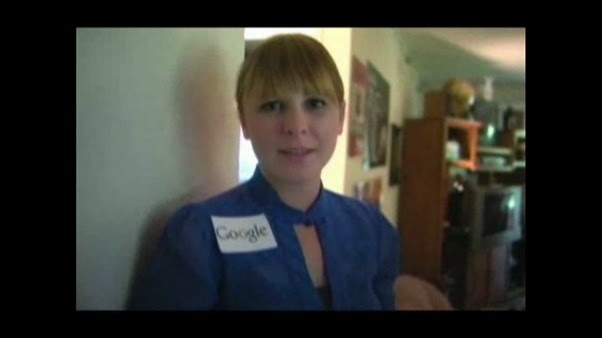 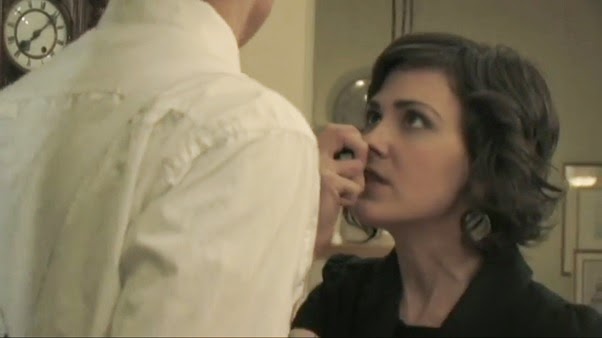 The acting in these sketches is always good, and sometimes deliberately over-the-top or the opposite, such as in the Chops! fake trailer.

The production values of TAM are low-budget, but effective, and the series always looks fine.

Those Aren't Muskets is a hilarious series which I wholeheartedly recommend!... 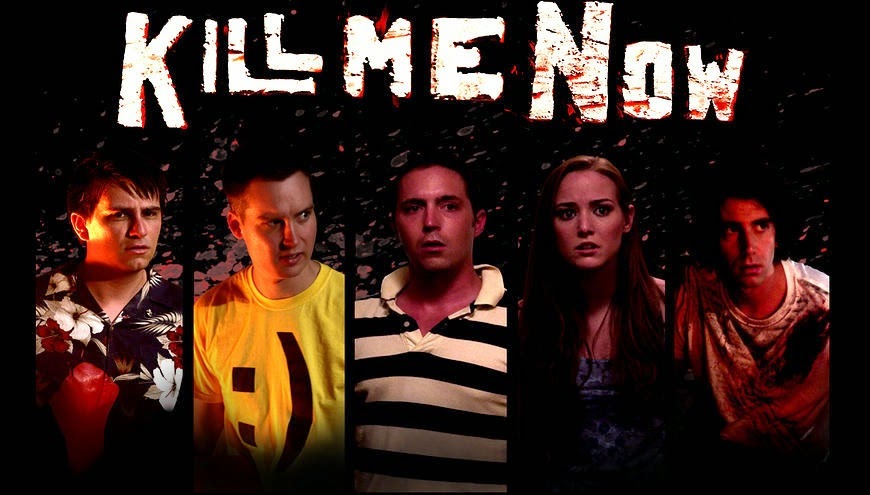 After a long gap without videos, TAM returned bigger than ever with their film effort Kill Me Now, and it's the best thing they've produced thus far!...

Dennis and Noah are two soon-to-be graduating friends, who head to an annoying jock's birthday party in a cabin in some secluded woods. Earlier that day, the jock dented the van of a sinister man, who covertly follows them to their party, with psychotic visions of 'culling the herd' of stupid people... Kill Me Now is a hysterically funny comedy-horror. It's extremely well-written, and the jokes fly fast! The two genres mix together very well. The film never attempts any legitimate scary moments, but rather is a comedy with a dark situation, which works fine. The story is simple, but highly entertaining and frequently hilarious.

Kill Me Now surprisingly has a very small body count, and the the film relies solely on its humour and characters to carry the proceedings, rather than just throw a bunch of gore at the screen and hope it makes up for any shortcomings, as some not-so-good horror films often do. 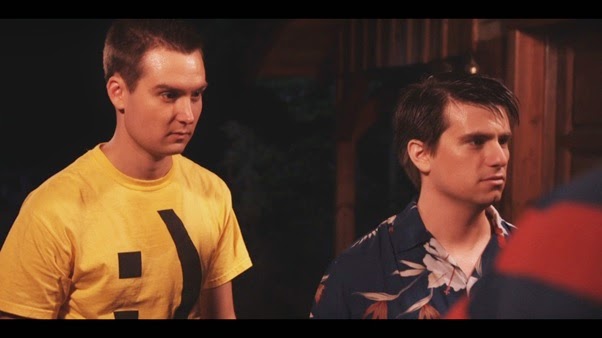 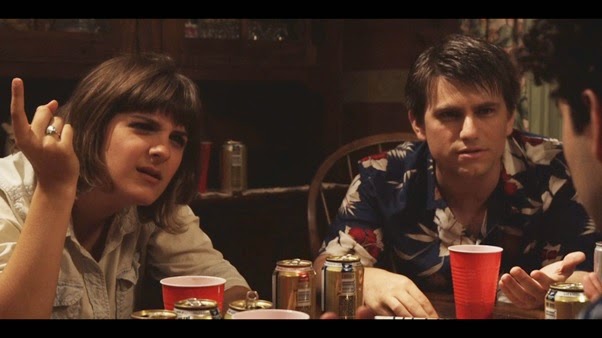 The characters are memorable, and all well-written. The protagonists are likeable, some of the minor characters (such as the acid head) get chances to shine, while the film's requisite dick characters are entertaining rather than annoying, and that really counts for something in horror movies! There's nothing worse than having to deal with unbearable characters for a movie's running time.

By far the best character in Kill Me Now is the killer, who lends so much humour to the film! His dialogue is highly likely to leave you in stitches practically every time he opens his mouth. As for how he's written, it's very good! He's not just a faceless and personality-less lug with a machete and drill, but a more well-rounded antagonist. 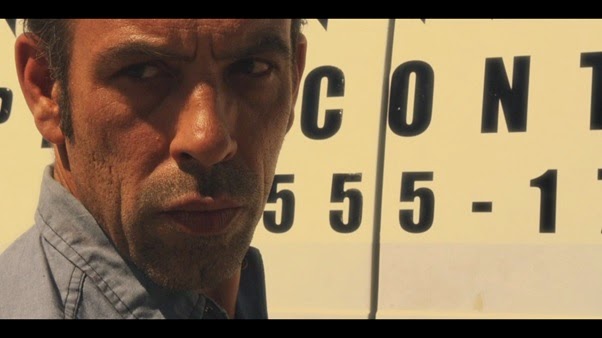 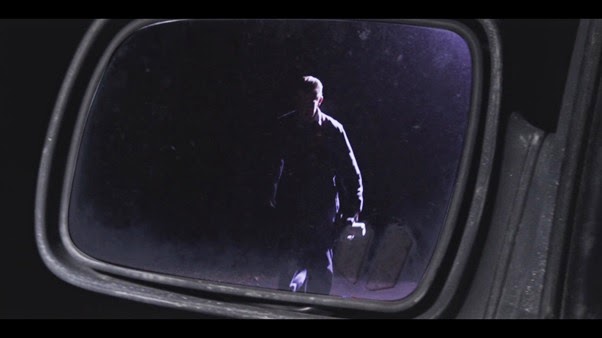 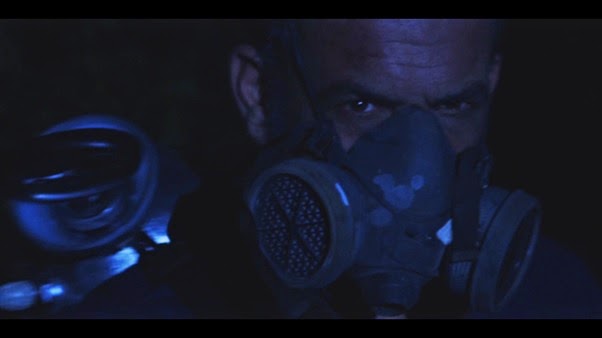 The acting in this movie ranges from good to great, and there's not a single bad performance. Jacob Reed and Michael Swaim make for fine leads, while Brett Fancy is fantastic as the killer.

The look of Kill Me Now is great, as is the direction, although there's one problem involving the killer's van. A character is said to have been gutted and splattered all over the insides of the vehicle, and when the main characters look inside, it's implied to be a very gross sight, but when we see the body later, it's nearly untouched aside from a neck wound. 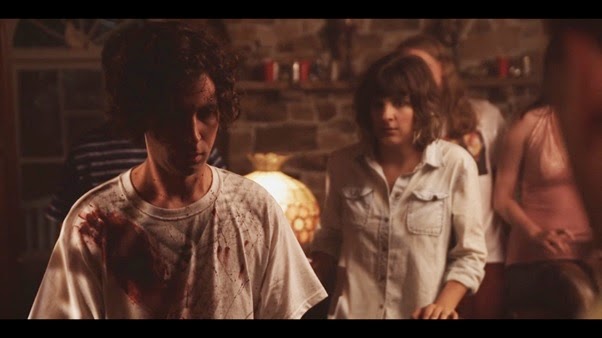 Everything about Kill Me Now works, and I highly recommend it! The film is available here, if you're interested. It's one of the best comedies I've seen in a while, and I can't wait 'til Those Aren't Muskets' next effort!...
Posted by Chris Hewson at 5:39 AM