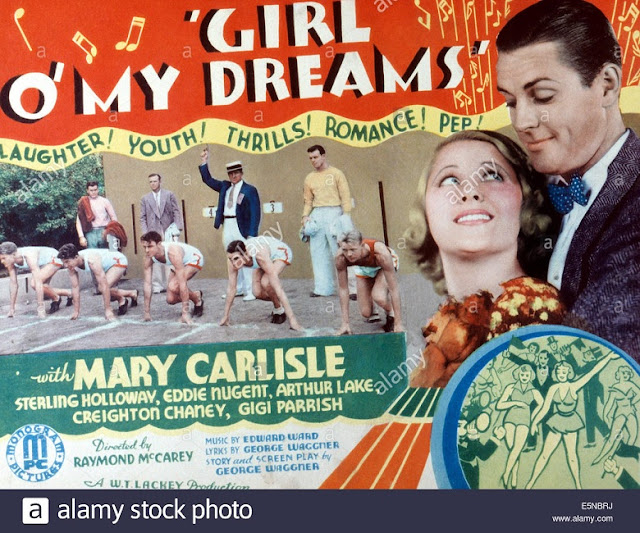 It's a typical year at the = college, with the students pushing through their classes for better or worse, eagerly = sports, or hanging out with their girlfriends-And sometimes all three! Larry's relationship with his sweetheart Gwen is a bit on the rocks though, after she expresses dissatisfaction with how little attention he's paying her. Feeling low, he visits his friend, a college reporter, and together the two conspire to rig the votes, so that popular shoe-in Joe loses to unassuming sportsman Don. Their plan ends up working a little too well though when Gwen ends up partnering up with Don to make Larry jealous, and from this comes a whole mess of relationship entanglement that can only happen in college... 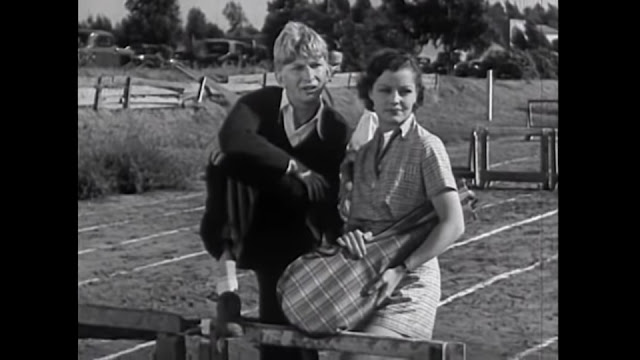 Girl o' My Dreams is a thoroughly entertaining romantic-comedy with plenty to offer. University hijinx, sports stuff, music, and love stories! It tells a simple story with a few complex misunderstandings, which are thankfully always fun to watch. Romantic misunderstandings can so often be a bane, an absolutely infuriating part of a film you want over as soon as possible. Here they're never awkward, and always worth a chuckle.

The film paints a good portrait of college life. One where studies aren't too hard, classes are fun, everyone bursts into song on a regular basis, and sororities aren't nightmares! Even the parties aren't drunken vomit-fests that end with everyone getting unpleasantly laid. 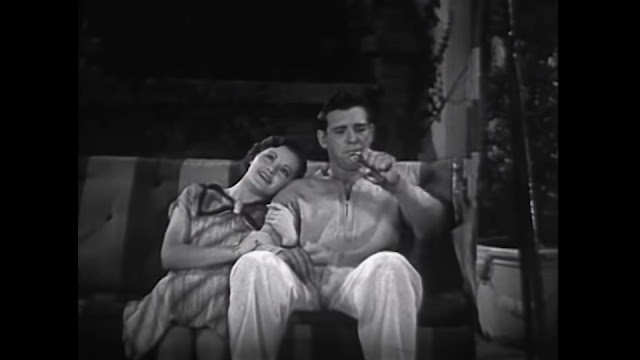 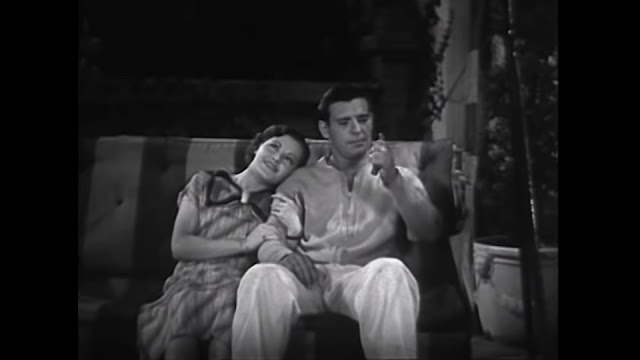 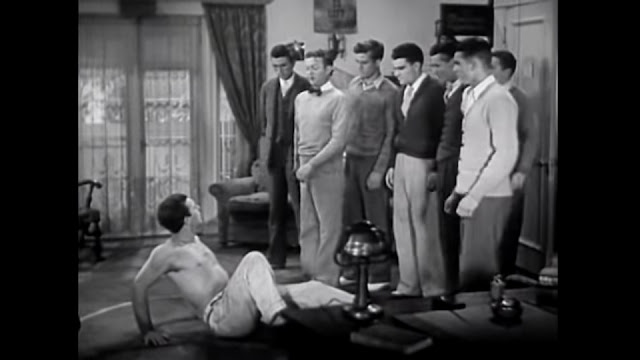 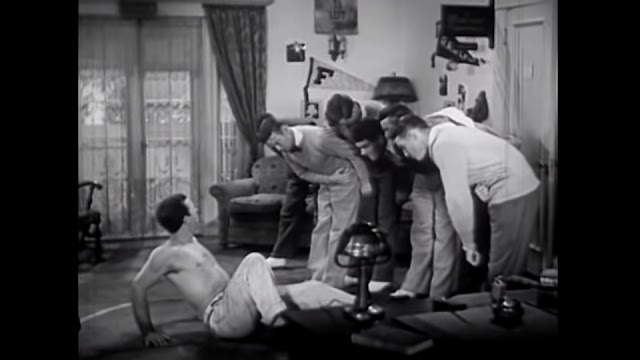 From beginning to end the story is well paced, going from one section to the other pretty seamlessly, culminating in a [thilling] climax. As I said, there's something for everybody, and neither the romance or the sports takes over the film. There's a perfectly equal dose. This means it alienates neither audience. Fans of one thing don't get shortchanged, and neither do fans of the other.

The characters in Girl o' My Dreams are an interesting bunch. Larry and Bobby are entertaining and likeable leads, and you = them as you watch. Don meanwhile is just as fun, not just a hulking meathead, but being nice, as well as a bit meek when it comes to the whole dating rigmarole everyone's stuck in. 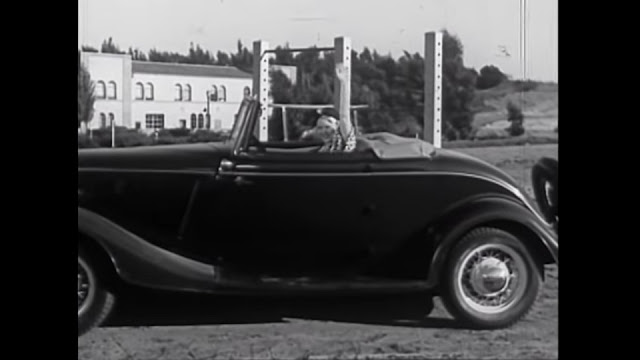 The two main girls, Gwen and Mary, are nice enough, though a bit basic. They fill the [bare] minimum required, but aren't the most compelling. Kitty meanwhile is simply adorable! At first I thought she was annoying, with her squeaky voice far too over the top to enjoy. I quickly got used to her though, and found her to be perfectly fine. Her squeakiness is at a good pitch, and she's never over or under used.

And lastly, the supporting characters. Friend of the leads Bobby is neat, if not particularly distinctive, but his romantic troubles give him plenty to do, as do his later accomplishments. Handsome but vain campus darling Joe is amusingly unlikeable at first, but ends up disappearing into the background after a certain point. Interestingly enough, Bobby may just be a supporting character, but he's the one who gets the final and most dramatic sporting moment in the end! It's quite inspiring seeing such a character make it to the big times as it were. 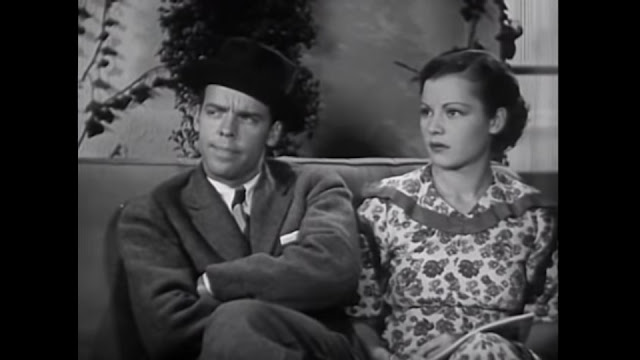 If I had to pick a complaint with Girl o' My Dreams, it's not that there are too many characters, because each serve a distinct purpose, be it big or small, but it's just sometimes a little hard telling them apart. You manage as the movie goes on, although it's pretty/a little tough at first.

The acting here is all good! Edward Nugent and Sterling Holloway give fun performances, as does Arthur Lake, Tom Dugan, and others. Noted genre actress and centenarian Mary Carlisle delivers a decent enough performance, as does Gigi Parrish. Jeanie Roberts is hilarious as Kitty, delivering just enough on the cuteness without being obnoxious. And the Crane sisters Betty Mae and Beverly are an amusing duo! 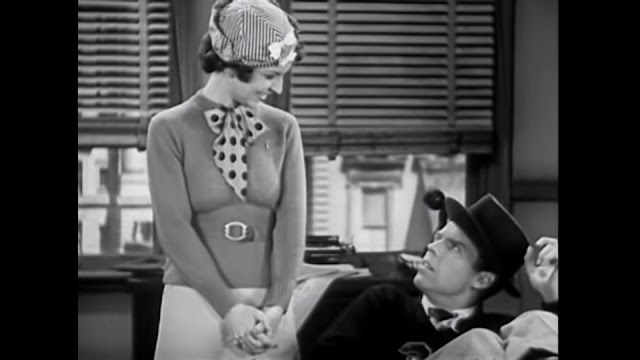 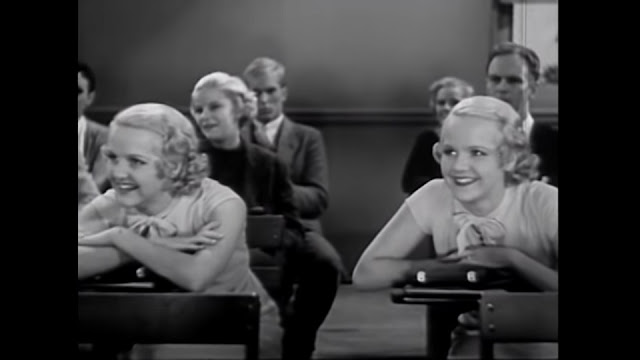 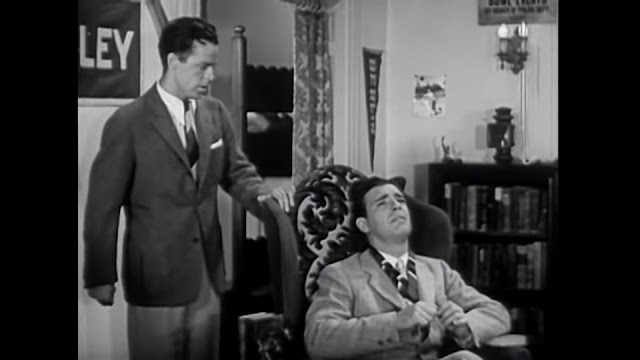 Perhaps the most interesting actor in the bunch is Creighton Chaney...Who's that, you ask? Why, it's the real name of horror great Lon Chaney Jr.! I'd never seen him credited under that name before, and it's a treat! Predating The Wolf Man by 7 years, this role is markedly different than anything else he'd become known for. He does well as a lovestruck jock, doing well with comedy, romance, and music. It's a shame he didn't get to do this more often in his career.

The music in this film is pretty decent. Not all of the songs landed for me, either rhythmically, or performance-wise, but I liked their inclusion nonetheless/anyway, and none actively annoyed me. The soundtrack is all fine too, making you feel like you're at a classical era college/sportstrack. 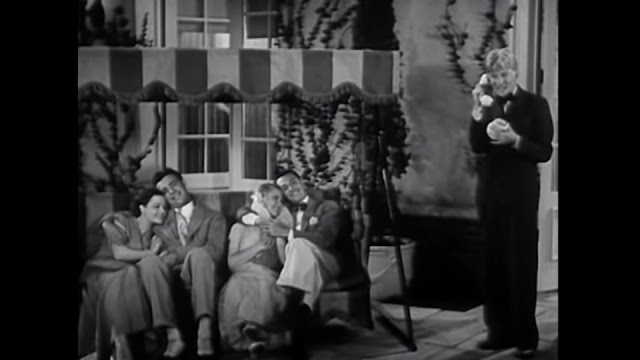 Overall, Girl o' My Dreams is a fun college flick well worth a watch! You can never go wrong with a good ol' Monogram picture...
Posted by Chris Hewson at 5:35 AM