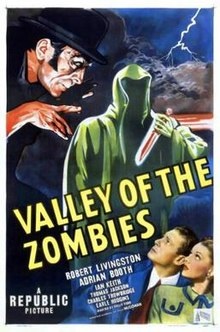 One dark and stormy night, Dr. Rufus Maynard is visited by a mysterious figure asking for blood. Disturbed by the recent spate of blood thefts, Maynard soon realises this is Ormond Murks, a scientist he had committed to a mental institution years ago for his radical theories about using blood transfusions to extend life. Most shocking of all to the kindly doctor is that Murks died five years ago!

A short time later, Dr. Maynard's body is discovered, drained of all its blood and filled with embalming fluid. His nurse and fellow doctor Susan Drake and Terry Evans find themselves suspected of the crime, and have to hunt for the real killer, before more people can die to sustain this monster's unnatural life... 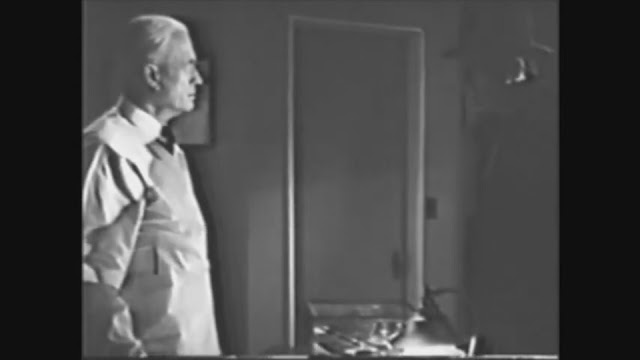 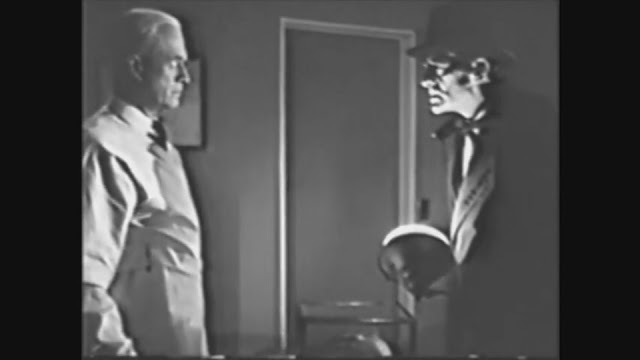 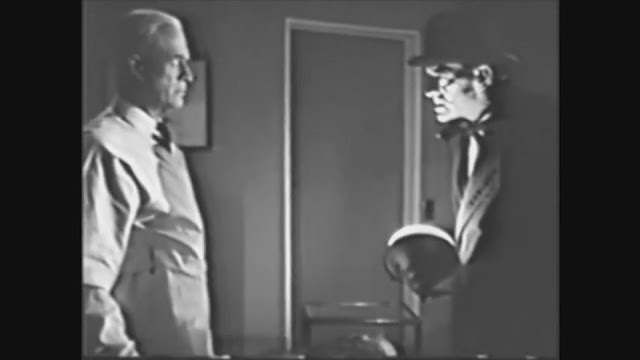 Valley of the Zombies is quite a surprise! There's a huge abundance of classics from the golden age of cinema, and many are well known, but others slip through the cracks  While today's film isn't a classic, it's still very much a gem!

It starts off very interestingly, laying all its cards out on the table from the get-go. Rather than present the = slowly as the film goes on, we see the villain first thing, and find out about his past and = in detail as he monologues to his old enemy. From this point on we get the first victims (with many more to come, onscreen and off), the introduction of the two leads, and their involvement in the case.

It's   seeing these two =  onto this case, pawing at little tidbits that don't really seem to mean anything, only to uncover a mystery, following clue after clue as they're led from one place to another, widening the =. Althroughout, we also see that the villain is onto them, and it's tense knowing that as they're = though the dark, Murks is watching their every move, getting ready to...STRIKE! 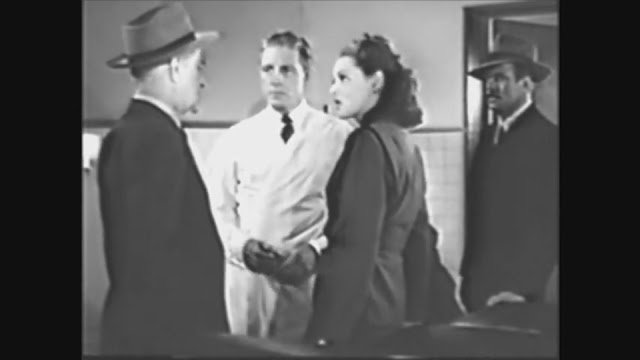 Valley of the Zombies runs at a very snug 56 minutes. While you wish all good movies were longer, this never feels too short, thankfully. The pacing is good for the most part, with the character introductions being effective, the plot being set up well, and the film never rushes itself, despite its short length. The only drawback I had was that the two protagonists don't get a whole lot of screentime at the start. This ends up being made up for as the movie progresses though.

The only real disappointment is the ending. It's all staged perfectly, but the execution is a little underwhelming. The heroes don't actually contribute anything, and it's all the police who save the day. Plus the villain's death scene is pretty underwhelming, [just getting shot and falling from the building instantly, without a word]. 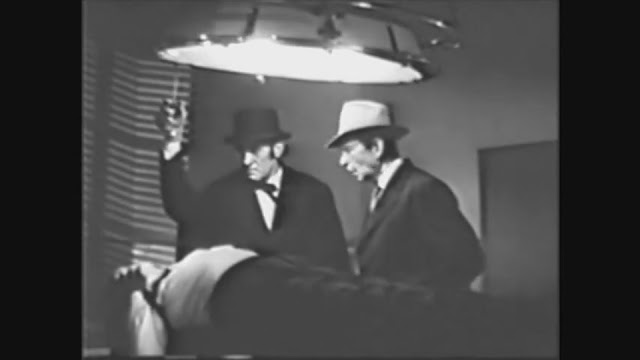 As evident/you can tell from the title, this is a zombie movie, though some people nowadays would disagree. Not that I wanna be too harsh on them, but how silly! Zombies only became the modern day kind in the late 60s. The earlier you get in cinema, the different and more unique zombies become, whether they draw on Haitian/African lore, or other sources. This film definitely holds its rightful place as a zombie movie, and a good one at that. While modern films all blend together, this undead man stands alone.

The characters here are a good bunch. The sinister Ormond Murks is used sparingly, getting a big introduction at the beginning, then receding into the background for a while, often present visually, but not tearing at the scenery every time he appears. It's good, as we never get too much of him too soon. He returns to the forefront during the finale, where we see his = in action. 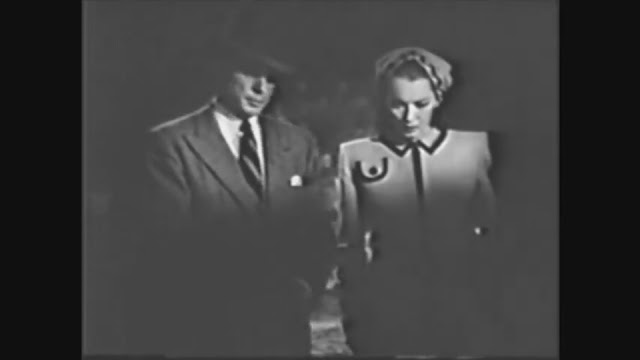 Terry and Susan make for nice leads. They're entertaining, share great banter, and they never feel dull or listless together. The police meanwhile are an alright bunch, but somewhat dopey, and rarely useful (except when they = are!).

Valley of the Zombies has a good mix of horror and comedy. None intrude on the other, and the humour all lands, with some great dialogue.
Susan: "What's the matter?"-Terry: "I wanted to call the hospital but the phone's dead"-Susan: "Dying's getting to be a habit around here."
"Look Susan, when we get there you'd better drop me off and go on back to town" "And leave you alone?" "But there's no telling what I might run into!" "Well we'll run into it together. You might need help. And I'm good at screaming!"
Terry: "If there's anything in there, we wanna sneak up on it."-Susan: "Unless it sneaks up on us first!"
Terry: "Afraid of a few cobwebs!"-Susan: "It's not the cobwebs, it's the spiders in them!" 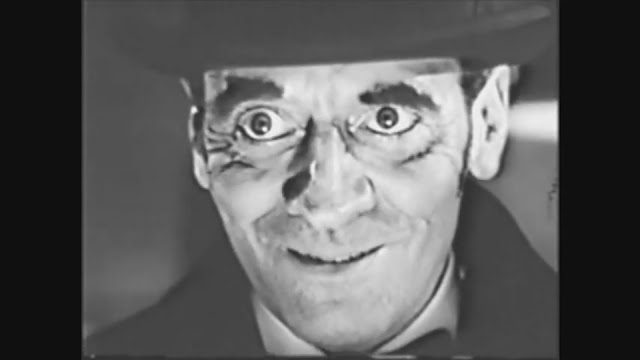 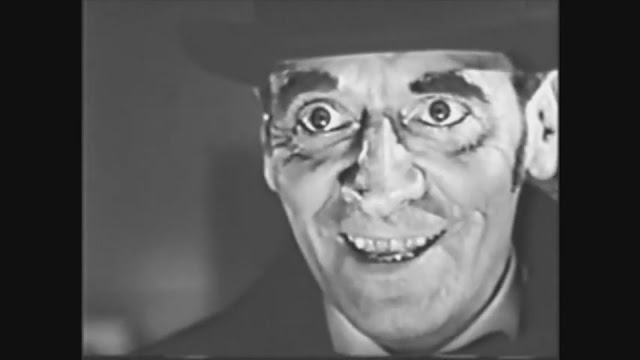 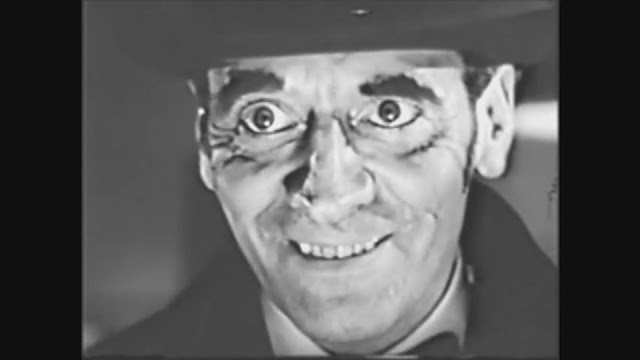 A standout  is the acting. Robert Livingston and Lorna Gray make good leads, with a fun chemistry, and the police are all alright. But the standout is Ian Keith as Ormond Murks. Without a bit of make-up, you believe this man is a zombie, because with an imposing = and a creepy gaze, he sells the movie, and cuts a figure you really don't wanna mess with!...Except when dressed as a gas station attendant. Ormond Murks may be a master of disguise, but he suddenly looks a lot less intimidating when clad in mechanic overalls.

What effects there are here are pretty good, although it never goes that far out, which is a disappointment. I don't mind Murks not looking like a =, but I would've liked/appreciated seeing how he drains his victims! And how/why he embalms them, too! 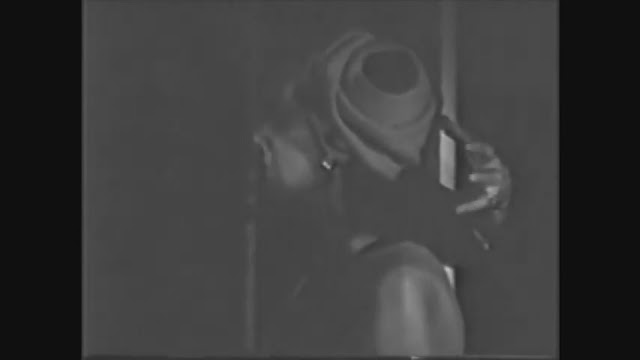 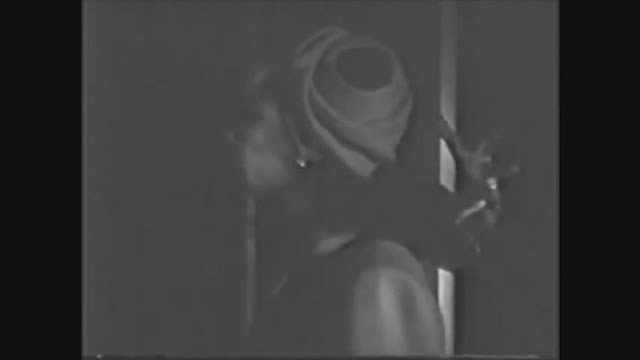 The direction in Valley of the Zombies is good. Philip Ford and cinematographer Reggie Lanning frame the shots well, and get the maximum atmosphere and tension from them, be they slow and quiet = in the dark, quick attack scenes, discoveries of hidden bodies, or calm exploration of creepy crypts. The locations are all nice and varied too, from  bright laboratories, to abandoned houses, and dark crypts.

Continuing on from that, there's definitely a good amount of = in this film
There are other neat scenes too, such as a = car chase with a unique way of following the = vehicle! 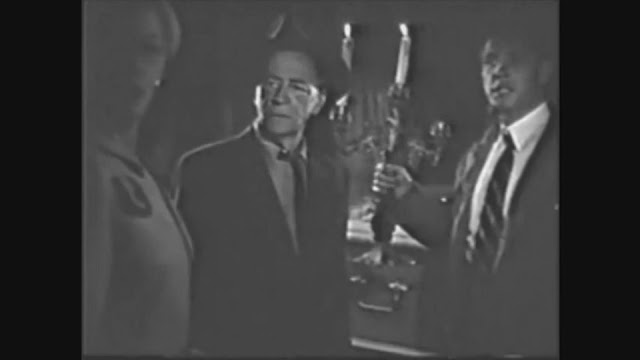 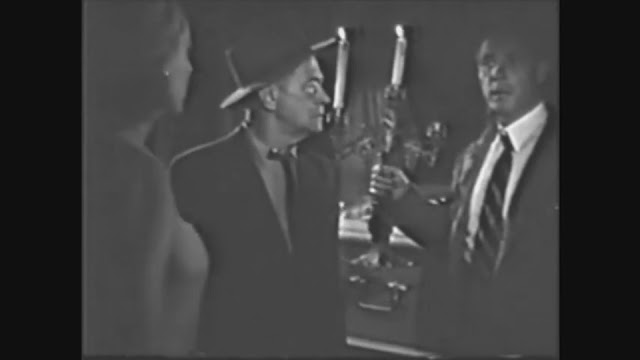 Valley of the Zombies is a very good little flick! Not great, but certainly a surprise compared to other low-budget horror fare of the time!...
Posted by Chris Hewson at 9:18 PM