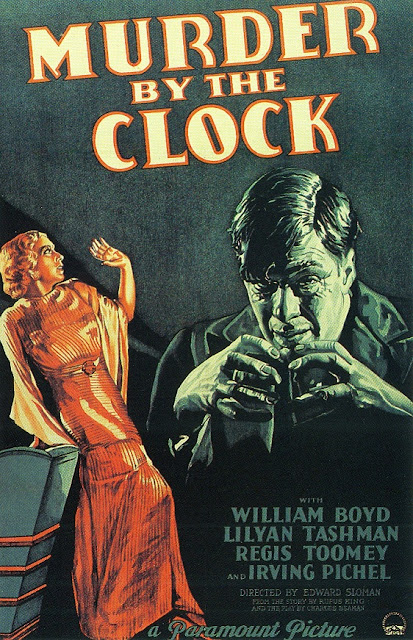 Wealthy Julia Endicott is the eldest member of a once proud and powerful family, but now all hat's ahead of her is a mentally challenged son with none of the drive she envisioned, and a perpetually broke nephew who only cares for her money, married to the devious and clever Laura. Resigned to the state of her family, Julia leaves the money to her nephew Herbert, and a scheming Laura manipulates him into murdering his aunt before she can change her mind again. The plan seems to go off without a hitch, but Laura isn't done yet... 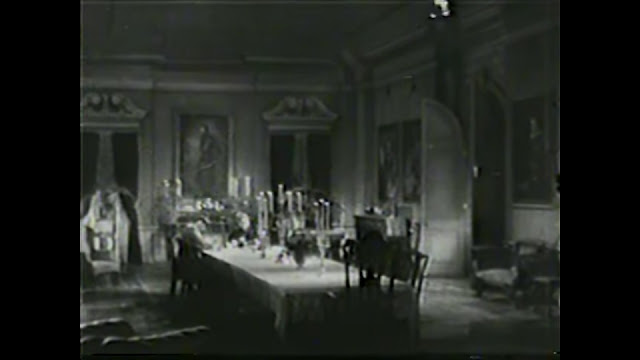 Murder by the Clock is a spooky 1930s horror, coming early in the talkie phase of the old dark house movies. It starts off decently enough, with all the expected pieces being laid out on the chessboard, and the interesting/arresting Chekhov's gun in the form of Julia's fear of being buried alive. Unfortunately the movie just limps on, without really doing much with this premise. Julia's family is too small to make a big impression, she dies pretty quickly, and there's never any scramble for the inheritance. The main focus ends up on the duplicitous Laura.

Discussing the postives to this first, Laura Endicott is a great villain, especially for the time. She's a strong and duplicitous female character, using and manipulating everybody, acting as the poor innocent lamb/defenceless lamb, innocent to the ways of the world, tricking others into doing her dirty work. She uses every wile in the book to ensnare her prey and get her greedy hands on Aunt Julia's fortune, no matter how many people have to die in the process. 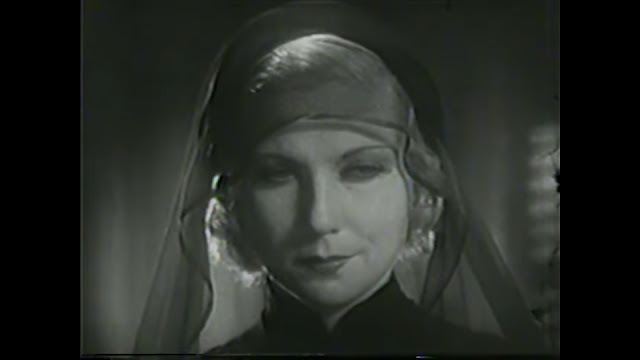 Getting to the negatives, I feel the movie gets too bogged down in her plot. It's clearly intending on showing this whole crazy family, but evil Laura eats away so much screentime that it's almost an hour after Aunt Julia's death when her emergency burial horn finally rings! So much time had passed I'd honestly forgotten, and this development I thought inevitable finally came. Even after she 'comes back from the grave', she's still treated as an afterthought, with nothing to do.

A big problem with Murder by the Clock is the complete lack of mystery. We're not entirely sure who killed Aunt Julia to begin with, but we quickly find out who, with little fanfare. From then on the story's focus is more on Laura's villainy than any ghostly occurrences or mysterious killers, and this detracts from the film. 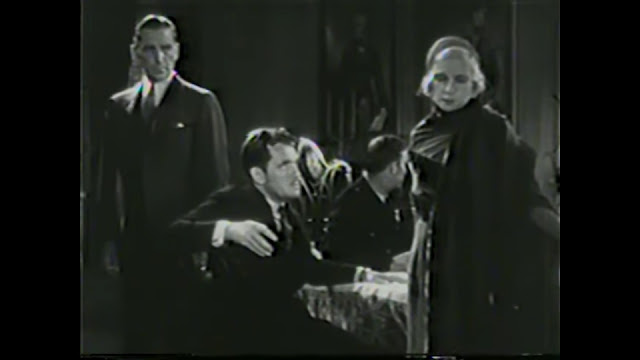 All of this culminates in one of the worst endings I've seen in a while! Laura's trying to convince the inspector that he loves her and wants to take her away, and he goes "We will go away together...to the police station", and then the movie just ends! It's the most limp thing I've seen in ages. No real denouement, not even one last comedy-romance scene with Cassidy and Jane, just a lame retort, and end credits,

The film's protagonist, Inspector Valcour, is servieceable enough, with enough intelligence and doggedness to endear him to the audience. He's not the story's main draw though. That's Laura. She's the kind of character you love to hate, and it's interesting to see how she plots and schemes, and acts so arrogant, knowing that she's untouchable, but not realising the mistakes she makes-One of which being trying to control the uncontrollable Phillip. 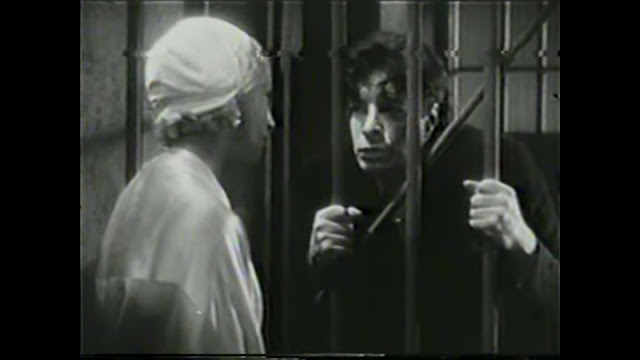 Aunt Julia  but she seems to lose interest fairly quickly. Other elderly matriarchs of unscrupulous families usually play some trick on their money-hungry relatives, to ensure they get nothing, but Julia just goes 'Eh, my fortune's either gonna go to a drunk or an idiot, so it may as well be a drunk', and that's that. And then she dies and the money goes to her nephew, with no hidden trap or anything. If we compare this to something like The Hidden Hand, that showed a much better example of such a character.

Phillip is a bit of a strange character. He starts out as a nice enough simpleton, then abruptly turns out to have psychotic tendencies. I was hoping for some kind of misdirect, but nah, he's just one-dimensionally crazy after a certain point, going from zero to murderous at the drop of a hat. He is at least effective as a wild card baddie, but not as compelling as he could've been.

The old maid, Mrs. Roberts, is  but she suddenly disappears without warning for most of the film, and only returns for a few seconds here and there, with no resolution. 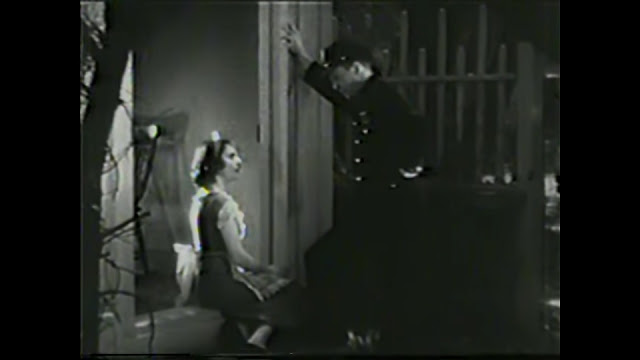 And then there's Officer Cassidy, and the young maid Jane. They're an adorable pair, with a few laughs, and some weird yet sweet romance. I can't imagine many men who could make a statement like "I like you when you're sad, you should go to more funerals" endearing, but Cassidy manages it, and Jane is just as sassy with her lighthearted put-downs.

Overall, there are either too many characters here, or too many separate characters. If they were all part of the family it might be easier to follow, but you've got one character from here, one from there, and another from everywhere. Also, some of the character relationships didn't feel clear. The movie starts out with Julia and the old maid hating each-other, but this is soon forgotten, and she acts like a doting friend later on. Then there's how badly Phillip's turned out, despite the more benevolent maid raising him rather than the more callous Julia.

The atmosphere in this movie is mixed. Some scenes are handled well, but others not so much. The problem is that we know who the baddie is, and they're just a regular human. There's not even a pretense of anything supernatural, and Laura isn't

The direction here is fine, and the set design is pretty good, from the candlelit mansion, to the large and ornate Endicott family crypt. 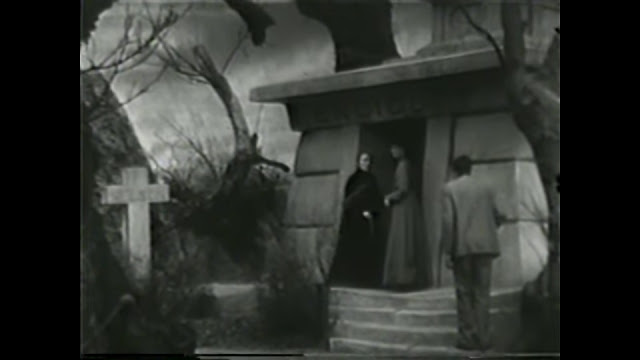 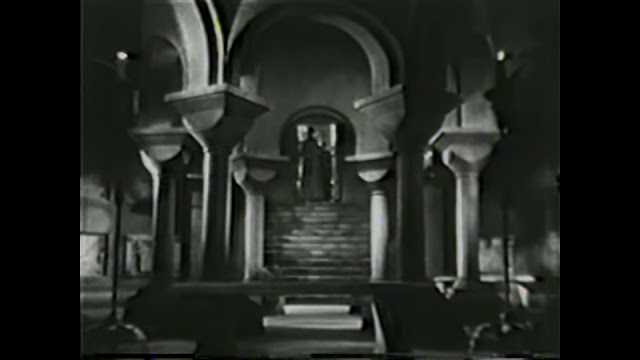 Something a movie like this desperately needs is a spooky score, especially in light of its failings in other departments. Scary music could easily excel it to a higher position as simple as that, turning previously dull scenes into tense or chilling moments to remember. Unfortunately the in-house composer here must've taken his day off, because there's not a single track in Murder by the Clock outside of the opening and ending credits.

The acting here is pretty good, though some of the deliveries are weak as anything, such as the old maid's reaction to Julia's 'resurrection'. William Boyd is a decent lead, while Lilyan Tashmam is neat as the film's antagonist. Blanche Friderici starts out neat, like a devious old woman who's sure to be up to mischief, but then she has the affrontery to die/be murdered 20/18 minutes in and is never seen again. Regis Toomey and Sally O'Neill only have relatively small roles, but they make the most of them, being one of the most distinct and likeable parts of the cast 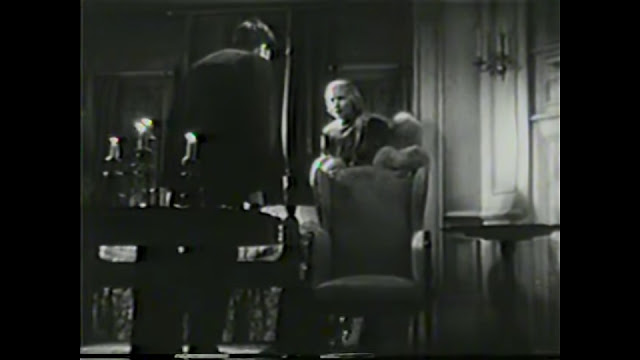 Murder by the Clock isn't that great of a film, although it has some decent atmosphere, and it's not  horrible example of the earlier old dark house movies, although there are much better you could watch...
Posted by Chris Hewson at 4:06 AM