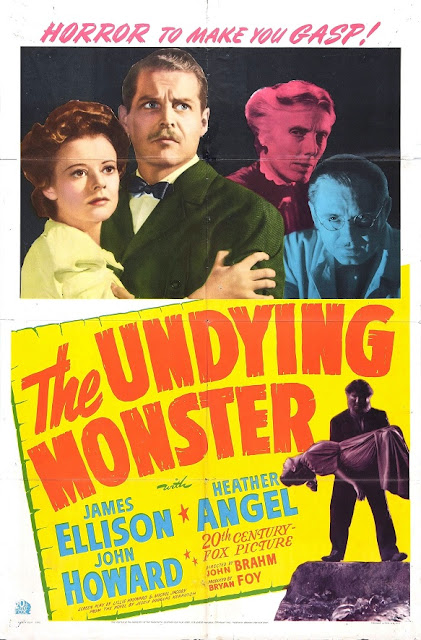 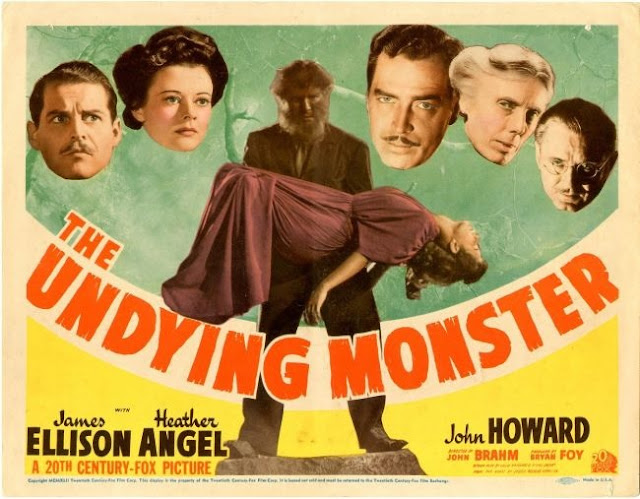 The Hammond family has long lived in fear of an old family curse, which states that a malevolent wolf spirit will kill every new member until there are none left. With only siblings Helga and Oliver remaining, things are tense, especially after a deadly attack on Oliver that leaves another on death's door. Seeking to solve the case once and for all, the police call in scientific detective Robert Curtis and his plucky assistant, who investigate whether there's human foul play at work, or if the terror is indeed supernatural... 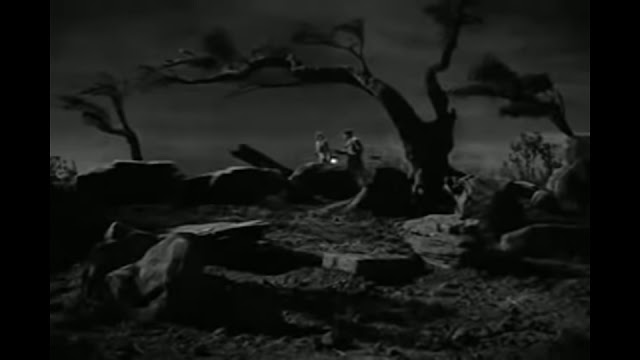 The Undying Spirit starts out strongly, setting the  tone and story immediately. It's a perfectly gloomy horror story, in the vein of The Hound of the Baskervilles. It's got everything you'd want-Misty moor, old family curse, mysterious canine, scheming butlers, and more.

The intro gets straight to the biscuits, establishing everything instantly-The characters, the curse, the first victim, etc. From this point onwards the movie slows down, and I was afraid this might be a case of a film that showed all the interesting stuff in the first 5 minutes because it had nothing else, but this doesn't quite turn out to be the case. 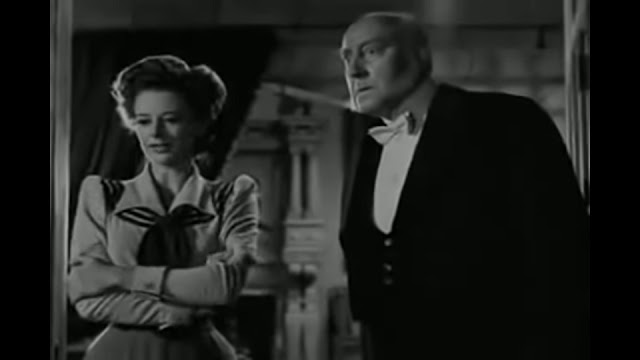 The mystery here is an interesting one. The pieces and players are set up well, and we have plenty of suspects to choose from. The shifty doctor who destroys evidence (quite obviously, if I might add!), the = butler and maid, and the family themselves. I had a definite suspect in mind, and ended up being correct, although my motives were off.

Where The Undying Monster falters a bit is in the story. We never see the werewolf in the first scene, which is understandable, but we never see it again until the last 5 minutes! This begins to make sense after a while, as it seems like the plot's shaping up to be [normal], but then it suddenly becomes supernatural in the last minutes, and you wish it would have set things up better. I felt the plot could've been more interesting if these elements were spread throughout, rather than dumping it all on us in the last act. 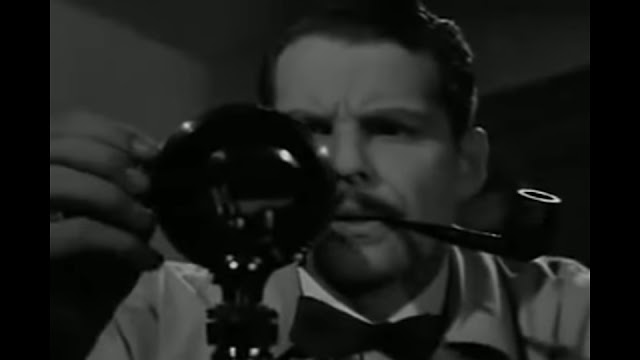 There's also the general pacing issue that the werewolf in The Undying Monster only has two scenes, and it's offscreen in one! I understand we can't see too much of the beast or it'll lose its lustre, but please show us more than that!

The characters are what would make or break a story like this, as they're the main attraction beyond the werewolf. I'd say a supernatural curse is far more interesting than they are for the most part, but these aren't bad characters. Hazel is good to start with, proactive and likeable, though she get supplanted as the lead by handsome American detective Robert Curtis. While it's annoying to see her character basically get left in the dust, especially since she doesn't get much to do after this point, Robert is a good lead, and his relationship with dotty partner Christy is entertaining. 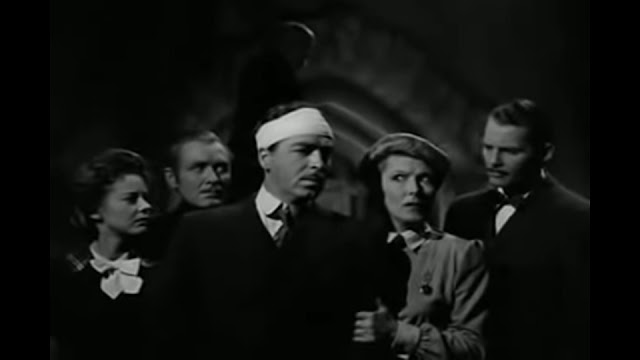 The dialogue here is quite funny, with Christy getting the best lines.
"What a divinely gloomy old house"
"Brrr, this room is colder than a tax-collector's heart!"
"He knows more about this than he's telling"-"That's the trouble, they all do!"

The direction/cinematography here is very good for the most part with some well framed shots. Some moments are a little strange though, in that a few scenes look like the aspect ratio is wrong, like when you watch a movie that's been zoomed in too much. Some of these scenes end in a creative way, but at the cost of making you briefly wonder if you're watching an inferior cropped version. 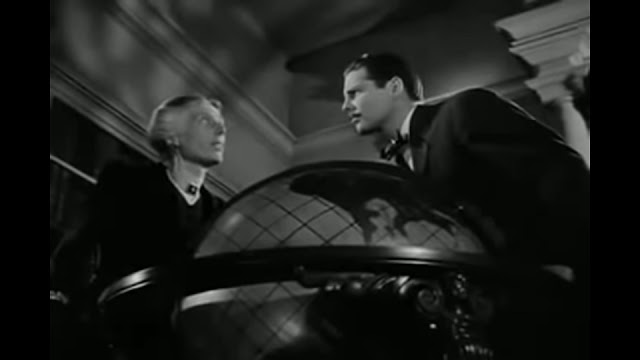 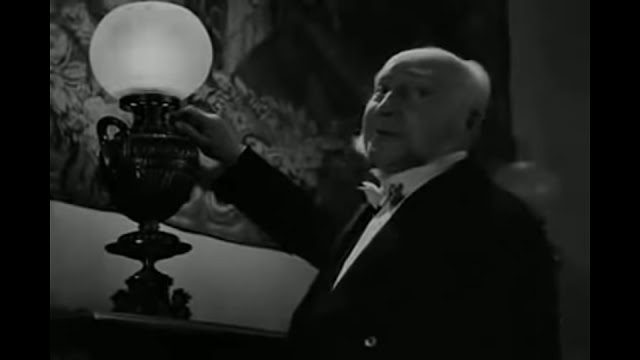 The location work in this film in impeccable. No expense has been spared in finding a suitable location, and it can send chills up your spine even on a hot summer day. Definitely a good sign for a Gothic horror film! The actual effects though are a little mixed. The werewolf make-up isn't bad, but it's not as detailed as it could be, and we don't really see enough of it. Only a couple of close-ups, then he's human again.

Adding to the atmosphere is the score. Whether in slow tense scenes, fast paced action moments, and of course moments of pure horror, it's always effective. The film also knows the importance of silence, to great effect.

The acting here is all good, in different ways. James Ellison is your typical swaggering hero who always knows the right thing to do, while his partner Heather Thatcher really stands out as her own character. Heather Angel and John Howard are good as the Hammond siblings, getting across well their fears, anxieties, and secrets. Bramwell Fletcher is decent as the suspicious doctor. Lastly, Halliwell Hobbes is a quintessential butler, and Eily Malyon is a spooky maid, and both are good at playing servants who are hiding something. 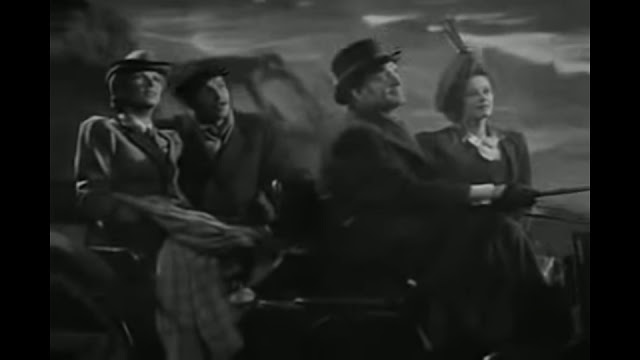 The Undying Monster is a flawed picture, but it's still a neat slice of 1940s horror, and of early werewolf cinema. It's also great viewing for anyone who wants to learn directing experience for Gothic cinema!...
Posted by Chris Hewson at 4:02 AM