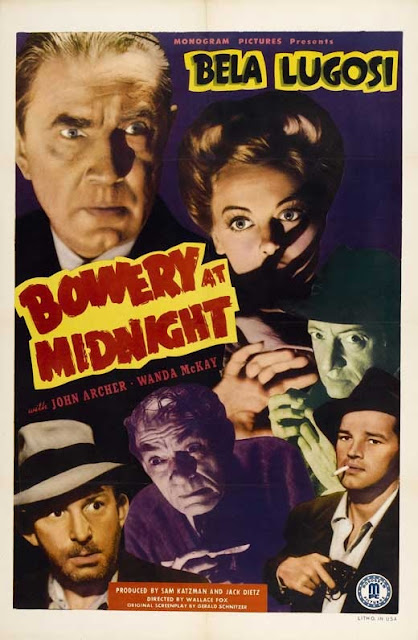 In the Bowery of New York, sinister goings on are afoot. Criminal mastermind Karl Wagner operates a popular mission that harbours a secret. Behind the scenes he orchestrates violent robberies all over the city, always leaving an accomplice dead at the scene, and always with a revolving door of staff,  whom he usually buries in his own personal indoors graveyard when he manages to keep the bodies. His trusty nurse Judy suspects nothing, but her high class boyfriend Richard does when he goes to investigate, and discovers something terrible...

This is a movie that threatens to be somewhat interesting at times, but mostly ends up disappointing. Discussing some positives first, the concept of mixing a by-the-numbers crime story with a horror is a good one, and I also dug the antagonist's attitude to his employees, making a habit of killing them after each job, usually to serve as a distraction, like when he hilariously tosses one of a rooftop. There are also weird stylistic touches, like the aforementioned cemetery, which even comes with names. Who does that? And what'll happen when he runs out of room? 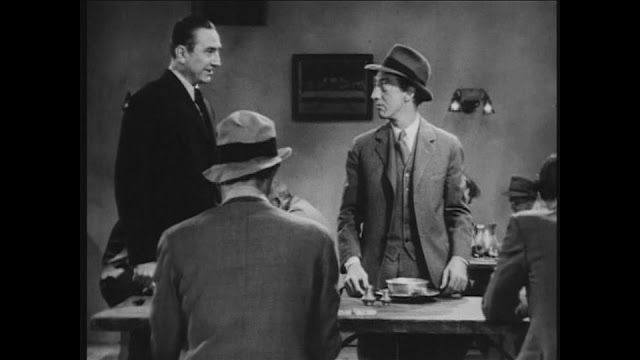 The story also takes a few unexpected turns, like Richard actually getting killed! Dude isn't just in danger, but presumably met God (or was at the least in a cosmic waiting room, getting to read the afterlife's selection of magazines), yet is lucky enough to be in the company of a mad scientist, who promptly brings him back to life.

Bowery at Midnight's biggest failing is that it feels like everything that happens in it is on the periphery of a better story. Criminal ringleader Karl Wagner/Dr. Brenner is also a respected professor and doting husband, so one wonders about his motivations. You get the impression in a couple of scenes that he's only doing it to keep his wife living comfortably, showering her with fancy gifts, and this is supported by him suffering from horrible nightmares, as if his criminal life is something he doesn't want to do at all, but feels he has to. Interesting stuff! Shame the movie intermittently forgets all of that, as in all the scenes where the wife's not present, he's one-dimensionally evil, with no qualms or scruples.

Secondly, there's the plot regarding the undead, which is almost an afterthought! We see so little of the drug-addled Dr. Brooks and even less of his zombies, nor do we have any idea how he resurrects the dead. The one and only thing the zombies do is dispatching Lugosi at the end in an ironic punishment, then nothing is made of this amazing scientific advance, and Richard is a-ok too, seen in the final scene squandering his second chance at life by continuing being a prick to his spouse. 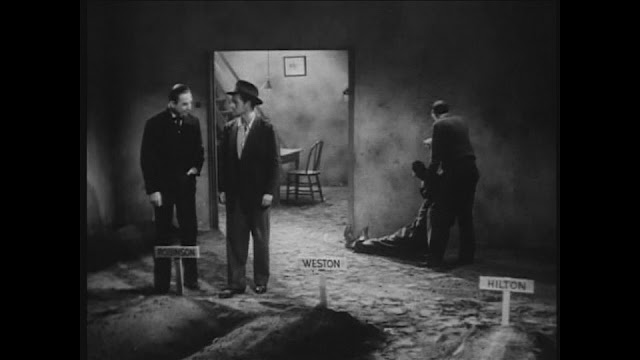 A bit of a plot hole is why Dr. Brenner even has a pseudonym for his double life anyway. He could easily just run the mission under his own name, as its not like his alter-ego is known for criminal deeds. Only good could come of his operating there as the Professor, and his plans wouldn't be so quickly and easily ruined just because the police want to talk to both Karl Wagner and Professor Brenner. It's also strange that Brenner kills Richard at all. There were several points in that scene where he could've let the young dope leave none the wiser, without having to take him into his secret HQ, show him everything incriminating, then have him shot.

Another problem is that the film can't pick a lead and stick with it. Is the newly promoted young policeman the protagonist? Or is it college student Richard? Or his girlfriend, Judy the mission employee?

One thing that bugged me is how numerous characters (mostly rich dicks) constantly badmouth the Bowery, acting all like 'Heavens, why would you want to associate with...poor people!', or 'Gasp! My son's in the Bowery? He's probably dead already! Get the police immediately!', and such lines amounting to that. It'd be one thing if this was part of some message, but nope, doesn't seem like it. While we're on the subject, Richard is a 'charming' example of manhood, with lines such as "Judy, I want you to give up that silly job. Saving humanity, it's ridiculous!". He proceeds to say he's not asking much, and doesn't want his future wife to be 'wasting her time' with a job, then gets all passive aggressive when she rebukes him. She apologises, and he uses her anger as an excuse to further criticize her job. Ughhhh, I'm glad he gets killed! Just a shame he doesn't stay dead. Whether or not he's improved at the end depends on how much of a sense of humour he has in the ending. 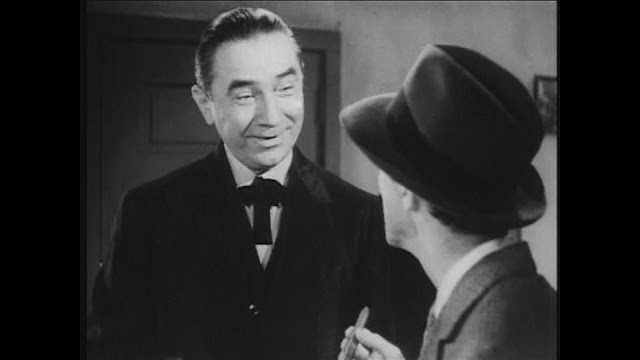 Bela Lugosi somewhat plays against type here. He's still the villain, but he's a crime-lord, not a monster or mad scientist. You'd expect him to have played the role of the put-upon doctor who resurrects the dead like it's nothing, and given said character a bigger role (as they should've anyway, regardless of who's playing him). Regardless, it's nice seeing Lugosi in a different role for a change, even if only slight.

The rest of the acting is serviceable, with Lew Kelly not being that great as the jittery mad scientist on Lugosi's employ, but distinctive at the least.

Getting back to Lugosi, there's an amusing goof in one scene where a poster for The Corpse Vanishes can be seen in the background of one shot as some characters walk by a theatre! It also made me chuckle as it showcases just how quick movies were made back in the day, especially by Monogram, as The Corpse Vanishes was released in the very same year as Bowery at Midnight! 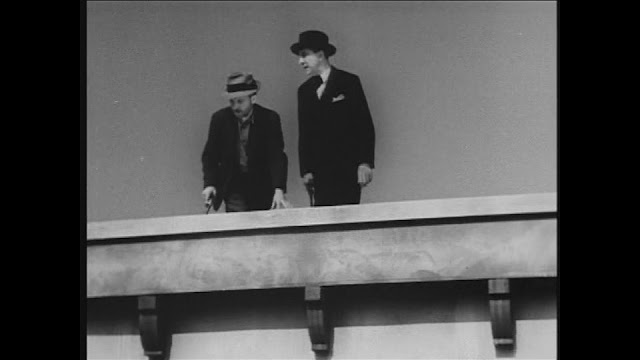 Bowery at Midnight fails to live up to a lot of things  even its own title, as most of the movie is set at daytime. It's not awful though, and I still recommend it if you're a fan of its illustrious lead. It's mostly inoffensive...
Posted by Chris Hewson at 6:13 PM