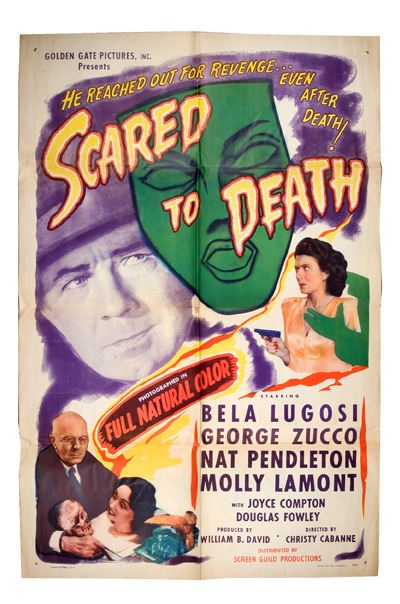 In a morgue lies a woman dead not from any physical injury, but from a stopped heart, as if she died of sheer fright. Through her narration, we find out the events that led to her death. The woman, Laura, is the bitter wife of  Ward Van Ee, son of a noted Doctor, who Laura is convinced is trying to scare her to death. Strange apparitions soon start to occur involving a sinister green mask, and a figure from the doctor's past also comes to the estate for unknown reasons... 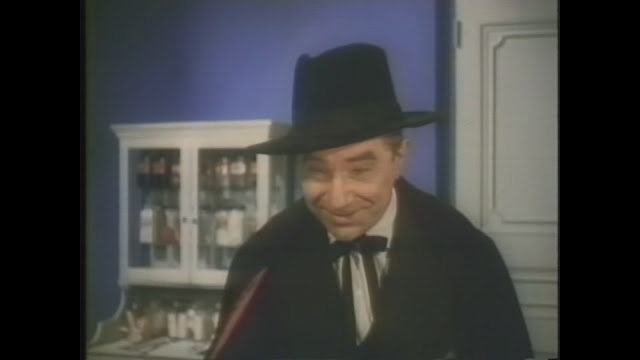 Scared to Death is a film of conflicting tones and quality. As I watched  I was never sure if the movie was creepy and intriguing or stupid and underdeveloped, if the dialogue was intentionally funny and witty, or just unintentionally cheesy. Ultimately the movie was a failure for me. The irreverent characters wore on me too much and the interesting story ground to a dead halt, with people running around from one room to the other yelling at each-other. It's a shame, because the story was very nearly quite fascinating, and even the final reveal is quite good, and would've been improved with a little more foreshadowing.

For all its humour, this is a pretty bleak story. From the get go we know that Laura's fate is a foregone conclusion and that she will die. Things also get darker for a while when it seems one of the more lighthearted characters has met a violent end, but she's later revealed to be fine, just in a hypnotic trance. 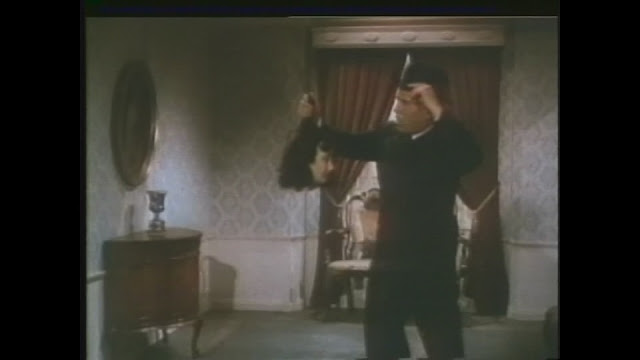 The biggest problem with Scared to Death is how every 5 minutes or less we're lurched back to the framing story, with the same "OooOOOOoooOOooooo" noise beginning and ending the scenes, with the inert corpse of Laura only ever saying 1 sentence. We'll cut away from the action like 'oooOOOOooo'-"My husband and I had an argument that night"-'oooOOOOooo'. It gets unintentionally hilarious very quickly, and happens so much you could be forgiven for thinking this is like a proto Garth Marenghi's Darkplace.

While some shots are framed quite well this movie is filmed like a stage play, with prolonged scenes made up of characters talking in one room, with minimal (though not motionless) action from the camera. 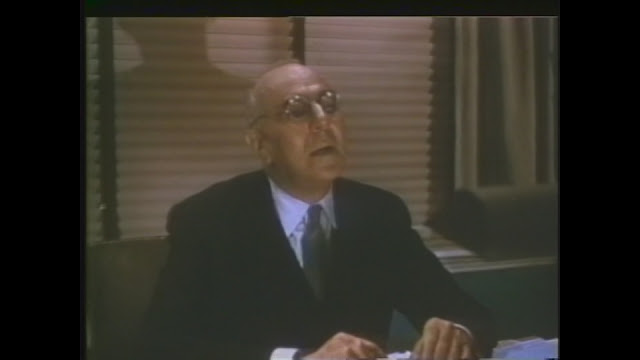 The characters are an unexplored and insufferable lot. The silly comic relief ex-cop seems to be the main protagonist, if the story even had one, along with the maid Lilybeth, but then the journalist Terry and his 'squeeze' Cordelia come onto the scene and take the reins. Shortly after, Lilybeth exits the picture in a surprising manner! I wasn't expecting  comic relief character, but she thankfully ends up returning. A relief too as she was my favourite character, though she doesn't get much to do in the final act. Cordelia is a bit of a hapless dope, while Terry is a misogynistic prick.

Weirdly named Doctor Van Ee is a total creep, but his motivations and plans are far too unexplored. The same is aaalmost true of Bela's character, but he at least gets resolution. He also has some good lines, ranging from the interesting ("Who can ever be sure what's behind a mask"), to the creepy )"She would look so beautiful lying here" he says, comparing the woman in question to the corpse lying on a table. Yikes! Makes you wanna huddle in fear behind a couch! 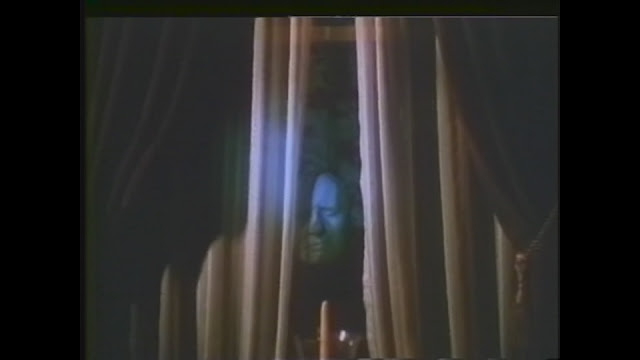 There's more amusing dialogue found in Scared to Death. From calling women dishes, to the 'golden' exchange of "Sweetheart, have you ever heard the old saying about little girls? Little girls should be seen and not heard, now go on, powder your nose.", and "I want the facts and I want them now, let's cut out the mulberry bush routine".

George Zucco is pretty good as the amoral and mysterious doctor, though vanishes quite frequently in the second half   Despite his equally intermittent screentime, Bela Lugosi is an off-putting presence, who you're never sure of. Does he mean well, or is he a more sinister figure? Angelo Rossito is severely underused. Most of the time he's just randomly standing around, or scurrying away from people, and that's when he even appears at all. Douglas Fowley, Nat Pendleton, and Joyce Compton are varying degrees of annoying and tolerable, while Gladys Blake is more bearable. 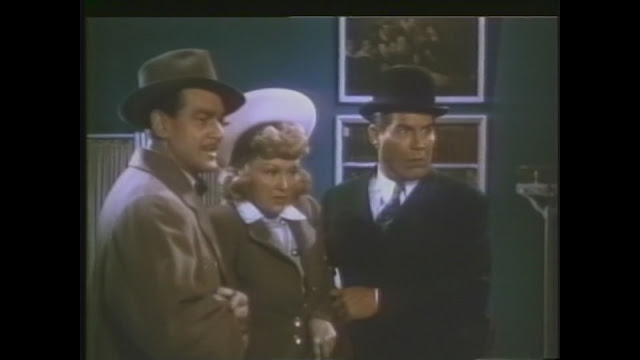 Scared to Death has certainly got some elements of genuine interest to recommend, be they intentional or not, but I don't really recommend it. Even the presence of Bela Lugosi isn't able to help elevate it. If you must watch it though I do recommend checking it out earlier than he rest of his filmography. Then again, I don't think anyone would be keen to watch his filmography in linear order, otherwise they'd end on the movies of Ed Wood!...
Posted by Chris Hewson at 10:05 AM