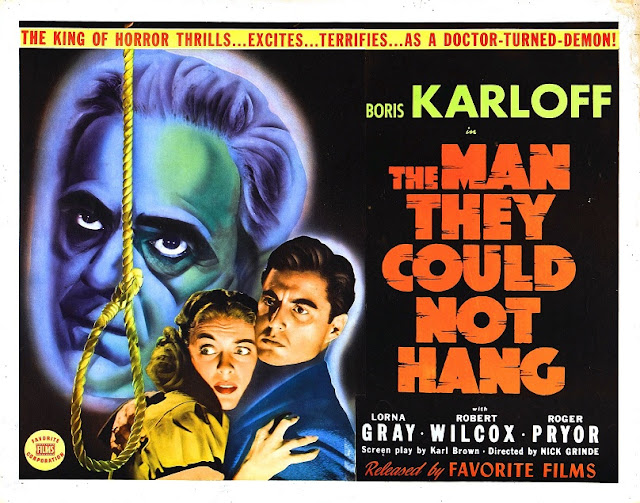 Well in fairness, they could hang him, but he was just resurrected after the fact...

Scientist Henryk Savaard is researching a new method of anaesthetic, where the patient temporarily dies, allowing for easier surgery, then is revived. He starts to test it out on a willing subject, but the college boy's girlfriend gets worried and calls the police, resulting in Savaard's arrest and the boy's permanent death. There's a sensational trial, and despite many on the jury sympathising with Savaard, he's ultimately found guilty and executed. His faithful lab assistant has him brought back from beyond the grave through Savaard's science, but the doctor is now heavily bitter, determined to take a terrible revenge against those who wronged him... 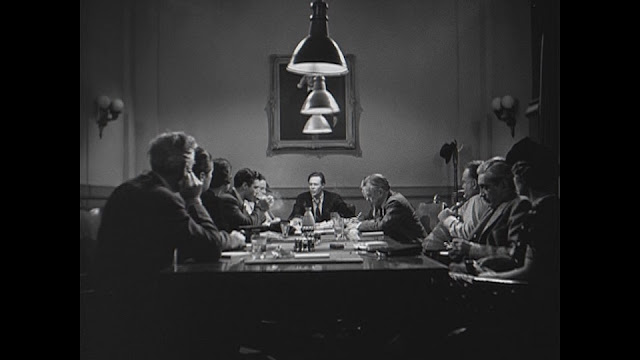 The Man They Could Not Hang starts out more as a drama than horror. It opens with such shining optimism that you just know something terrible is going to happen. Mainly it all goes wrong due to the intervention of the test subject's girlfriend, who decides to try and save her boyfriend from the completely voluntary experiment he asked for by calling the police over and wrecking the machinery, killing him in the process. This whole section is cringy to watch, but if one thing's for sure, it definitely makes you feel a grave miscarriage of justice has occurred

From then on, a sizeable chunk of the movie happens offscreen, with 6 of the jurors being found mysteriously hung. At first thins annoyed me. I wouldn't necessarily have minded the other 5 being offscreen, but at least show us the first! There turns out to be a reason we didn't see the demise of those ones though, because it turns out the latter 6 are the special ones, who most of all earn Savaard's ire. 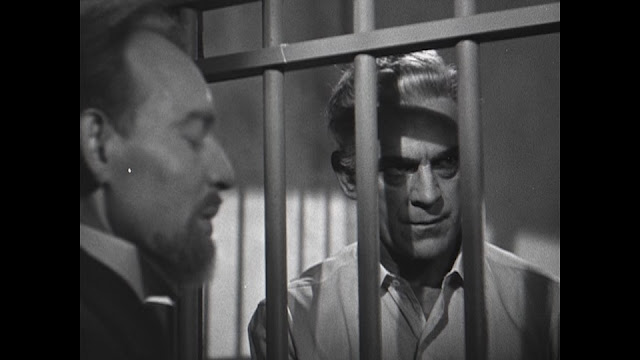 It's at this point where the film starts getting very interesting and enjoyable. The remaining jurors and officiators of the Savaard case have received mysterious invitations to come to his old house, where the man they sentenced to death lurks in the shadows, waiting to take his revenge in a very cat-and-mouse fashion. It's a thrilling concept, and executed really well! My only complaint is that we only see two deaths of the 8 or so people there before the climax, so while what's on display is great, there's not much of it to see.

The death scenes are prettye good, with a twist of lemon. One didn't end up going the way I expected. After the judge inadvertently kills himself, the others figure that if they all stay together and form a circle around the next man to die, he'll be ok. Seeing them standing juuust next to a suspicious looking chandelier, with just enough space around the man in the centre that it'd only crush him, I thought for sure that was would happen. I would've been a bit dismayed by the stupidity of these characters if this had've happened though, so kudos to the writers. 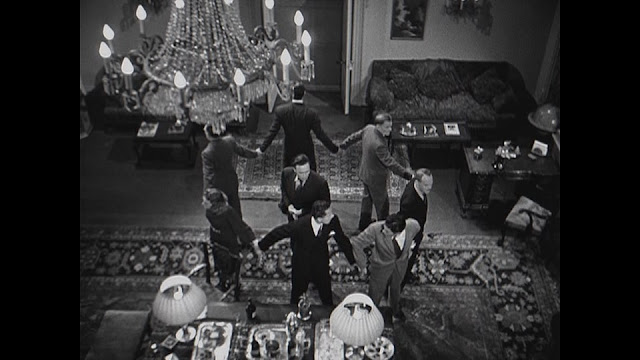 Also present during this final act is the reporter Scoop, a close friend to Savaard's daughter Janet. He's a 'kind' sort, telling her to get ahold of herself and not to worry too much, after the verdict sentencing her father to death! Besides that, Scoop isn't that bad a character, though he doesn't really do enough in the last act to be considered the protagonist. No-one does, in fact! Only Janet gets that distinction when she shows up in the final minutes, after having been absent the rest of the time. I really liked what happens with her in the end! It does what few 'Boris makes amazing but controversial discovery, is hounded for it, and dies before proving its potential viability to the world' movies don't do, and that's to vindicate his discovery in a way.

There are two things I quite enjoyed. The first was the acknowledgement that the reason only 6 of the jurors have been invited to the 'night of punishment' is because Savaard knows very well how those others tirelessly fought in his defense. One still has to wonder why he hung them all anyway, but oh well, I guess that was his way of providing a mercy killing. It's a shame he didn't resurrect them all for the end though! Wouldn't that have made for an interesting twist!

The second is when Betty meets the resurrected Savaard and softly repeats "No", realising without a shadow of a doubt that her boyfriend would've been fine if not for her actions. Quite an effectively subtle moment! 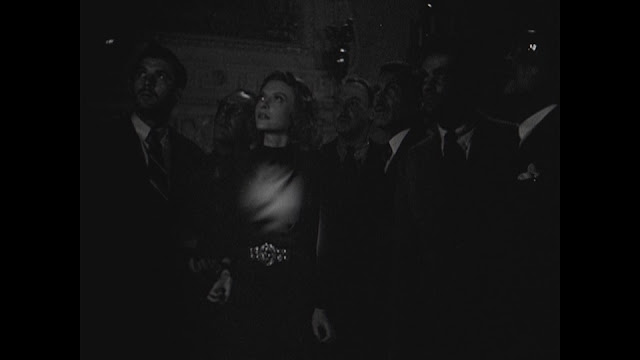 The move's most loaded part comes when Janet is trying to sway her father to not hurt the remaining jurors, and to simply show himself and the proof of his amazing scientific find to the world, to which he responds with "Not this world of savage cruelty. We gave them wings to fly and they rained death on us. We gave them a voice to be heard around the world, and they preach hatred to poison the minds of nations. Even the medicine we gave them to ease their pain has turned into a vice to enslave half mankind for the profit of a few.". Bloody hell, that's certainly a heavy statement for such a movie!

The science of the film sounds legitimate enough even if it turns out to be bunkum, but from what I've read it's actually rather a little prescient in a way, albeit presumably exaggerated in order to accommodate resurrecting the dead of course. 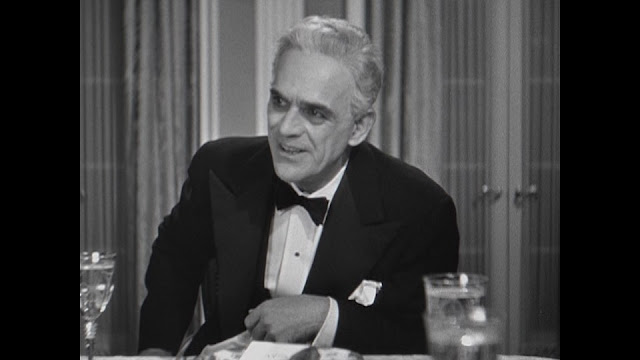 The acting in this movie is probably the only unremarkable thing in it. It's certainly not bad, just average all round. All save for Boris Karloff of course, who provides a fantastic performance, as both a gentle and benevolent scientist, and a wronged vengeful murderer, akin to a deranged Count of Monte Cristo.

The Man They Could Not Hang is a prime Boris Karloff film, and definitely one to seek out...
Posted by Chris Hewson at 12:57 AM