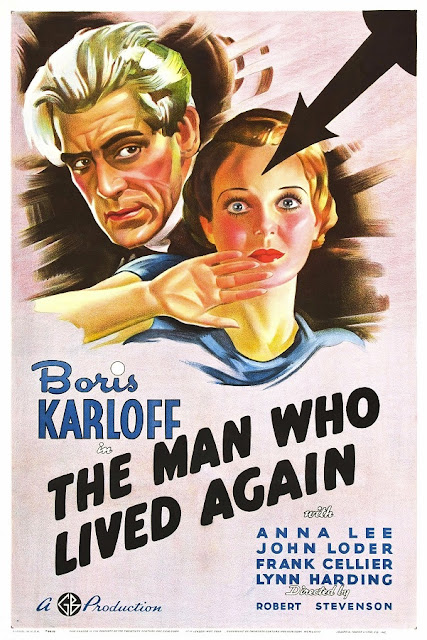 Young doctor Clare Wyatt has been called up by an old associate Dr. Laurience to participate in his controversial new studies on the human soul. Things go well at first, but after having been picked up by an interested financier, Laurience's remaining reputation is ruined in front of the scientific community, who scoff at his ideas. The financier Lord Haslewood is furious, demanding the termination of Laurience and the destruction of his equipment, but the doctor is too fast, transferring the mind of his bitter invalid 'friend' Clayton into Haslewood's body, and letting the real lord die in Clayton's terminal body. Now with unlimited funding, Laurience sets about using his research not for the betterment of mankind as originally intended, but to take revenge on his enemies, and gain the love of Clare... 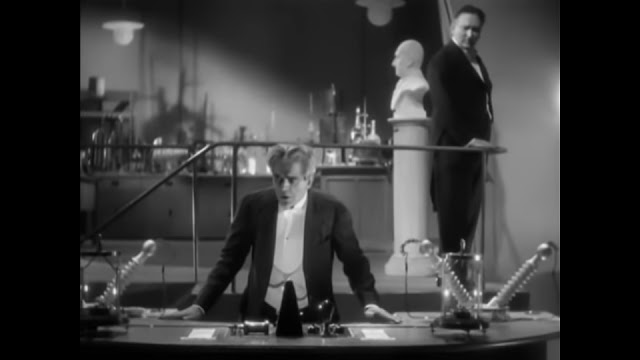 The Man Who Changed His Mind is a film with mixed-up pacing/storytelling. It starts off with Clare being hired by her old friend despite warnings for her to stay far away from him, and that he's up to creepy experiments, then Laurience is picked up by an optimistic sponsor, given great funding and a public platform to speak about his theories, where he's publicly ridiculed and driven off the scientific stage, going mad. It feels like we should've had the acceptance then shock and ridicule first, then the old associate going to the creepy small town house where the doctor has since taken up residence, where the townspeople all whisper and shudder behind their backs about the experiments he's committing. Instead it feels the other way round. 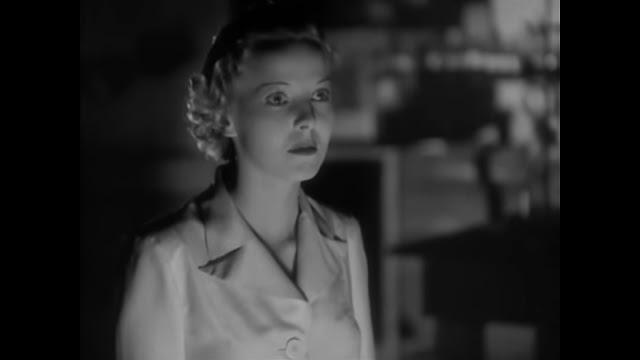 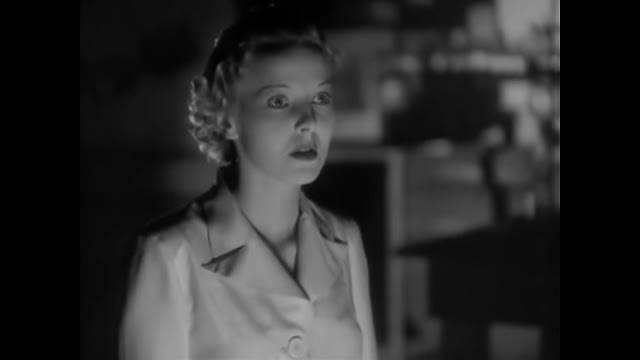 This aside, the story here is quite well written, with the villain following a noticeable arc, from an isolated and beleaguered scientist who's still open to the public, but gets burned so severely by their harsh reaction that he loses his mind and is driven to commit terrible acts to probe himself over the world, and to get his revenge.

Clare is a very strong protagonist. Intelligent, determined, and proactive, she holds her own superbly, and manages to save the day all by herself! There's never a moment where a man does something for her and gets her out of danger, and instead she's always the one in control of herself, and the one who sees through Laurience's lies after he's swapped Clayton and Lord Haselwood 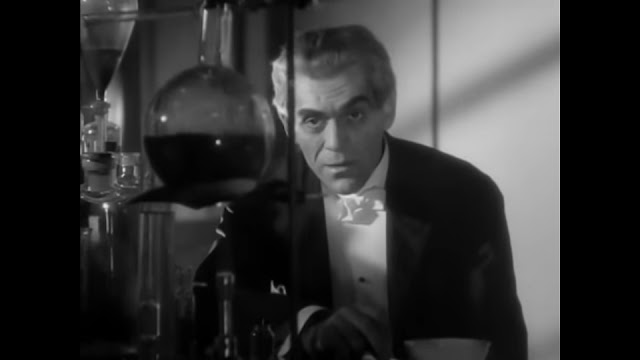 The dynamic between Laurience and Clare is really good! For a start, she's not a nurse getting test tubes for him, but is instead a doctor, and a trusted colleague, and he holds a great deal of respect for her, openly acknowledging how important she is to his studies and how he can't go on without her help. After the halfway point it changes considerably, and not for the better as far as poor Clare is concerned. Not for the better as far as the script is concerned either, I feel. While I like that Laurience's intentions towards Clare are him considering her to be his only equal rather than an object of dominance or revenge, I kinda wish they'd kept the positive relationship between the two.

Clayton is quite an amusingly toxic little man, and he gets some funny lines, hilariously bad things to say about women, and one surprisingly deep scene. After the body swap he's living the high life now that he's on easy street, but then just a she's about to chug a glass of beer, he finds out his body has a serious heart condition given his irreverent nature, you'd think him the kind of guy to just chug it down the hatch anyway, but instead we actually get a really good and subtle moment, where he approaches a mirror and muses silently on his mortality. Given he only just left a crippled and dying body, I guess we can imagine he's none too pleased to get himself right back into such a situation. 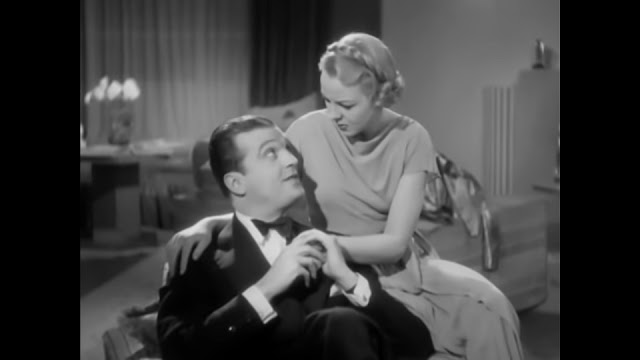 The title is pretty rubbish, albeit amusingly so. It's of course referring to mind swapping, but it's so poorly worded that it makes it sound like a man deciding whether he should order a pizza, before settling on Chinese food. The Man Who Lost His Mind would've been much better, especially because of the double meaning that'd hold. The film is also knows as The Man Who Lived Again, which is ok but not quite as interesting. Dr. Maniac is another, and it's bloody hilarious. 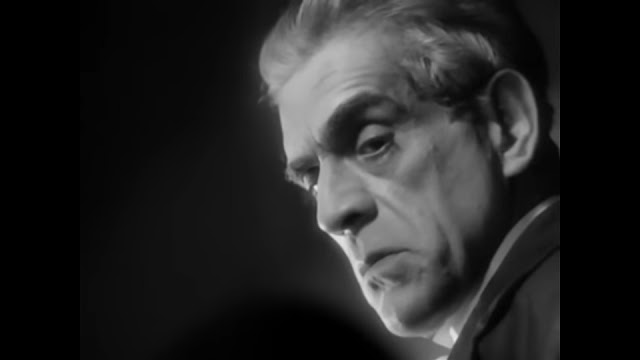 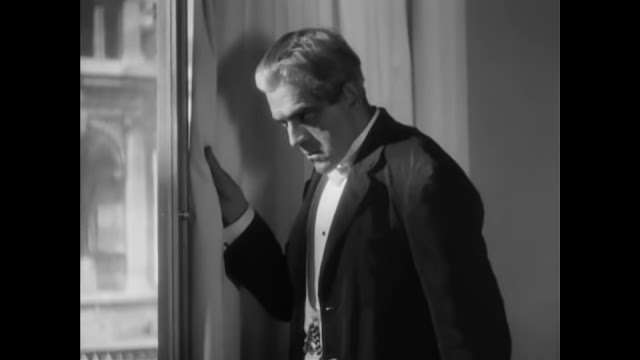 There's some major overacting involved from some of the players, but everyone mostly does well. Karloff's performance is quite different to other mad scientists he's played, from his way of speaking, to his physical mannerisms, more high pitched and hunched over. While we know he's correct in his theories, he comes across as a crackpot very well, and his quick to anger demeanour in the second half works well. He's downright terrifying in some shots!

Frank Celier is also very impressive! Donald Calthrop is very good as the misanthropic old invalid Clayton, but his body dies at the halfway point, and Celier has to pick up the slack as Clayton in Lord Haslewood's body. He imitates Calthrop very well,  John Loder also impresses in his short turn as Karloff. I applaud the direction in this movie! Anna Lee is a great protagonist, and deserves just as much credit.

The Man Who Changed His Mind isn't perfect, but it's got some great moments of horror, suspense, and intrigue...
Posted by Chris Hewson at 10:36 AM