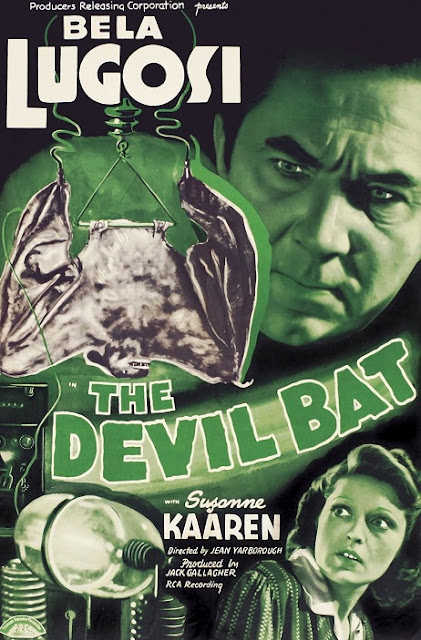 Disgruntled chemist Dr. Carruthers is furious about the company he develops perfumes for making millions off his creations while he only gets a 'mere pittance' of tens of thousands of dollars, so he plots a terrible revenge for the Heath and Morton families, creating a giant killer bat that's attracted to a specific scent. Carruthers gives a sample of his shaving lotion to his victims one by one, watching on with glee as they meet horrible ends. Reporter Johnny Layton arrives in the town to investigate what's going on, and starts getting to close to the truth for comfort... 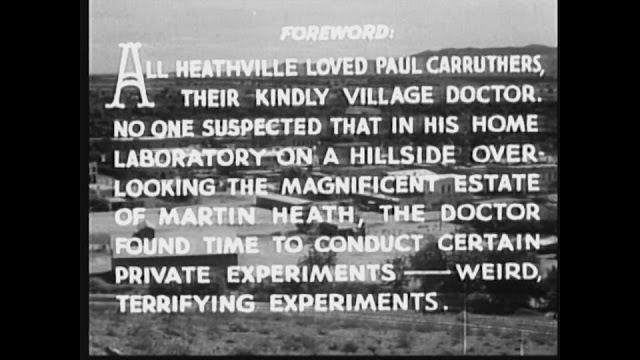 I originally thought The Devil Bat was a Monogram picture. After all, a cheap budget, plus Bela Lugosi, and ultimately in the public domain? But no, it actually came from PRC, an equally cheap company. The low budget of this movie is apparent in a few ways, from the fake bats whose wings barely flap, to obviously re-used newspapers with different headlines each time but otherwise unchanged.

The story here is decent enough. There's a good hook, and even though we the audience know what's happening from the start, it's fun watching the journalist lead edging closer to the truth. The last act takes some fun turns, culminating in a final showdown with Lugosi that ends very well, in a great bit of poetic justice. The climax is pretty thrilling, although the ending is typically abrupt. 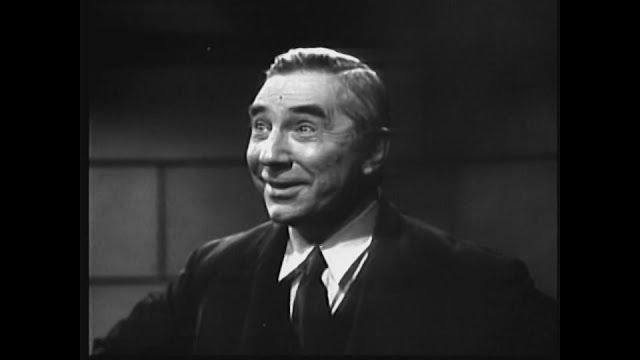 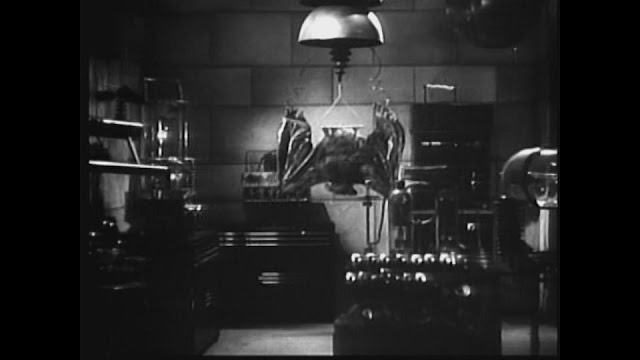 The (amusingly named for a Hungarian) dastardly Dr. Carruthers is a suitable villain, and a good motivation makes up for his relative lack of screentime (he gets a decent amount, but quite spread out in places). While it's a motivation a bit alien to people who feel that some money is fine and don't care that they didn't make all the money on Earth, it's still an effective driving force for his character.

While from his first scene Johnny seemed like an annoying smart alec reporter, I found myself quite liking him, and even his comic relief photographer One Shot McGuire isn't too intolerable. I quite liked some of his scenes, like rigging up a fake bat for a photoshoot, and I dug his interactions with the French maid Maxine.

Mary Heath doesn't get a whole lot to do, but she's ok, and assertive when need be, not taking what she sees as a deception lying down. By the way, I can only imagine people asking her in later years how she met her husband. "You two make such a nice couple. How'd you meet?"-"Oh, typical stuff, really. You see, two of my brothers were brutally murdered by a mad scientist's enormous bat monster, and we met and fell for each-other during the investigation". The local police detective is surprisingly friendly with Johnny, even assigning him to the case. Hell, he's kinder to him than Johnny's actual boss! 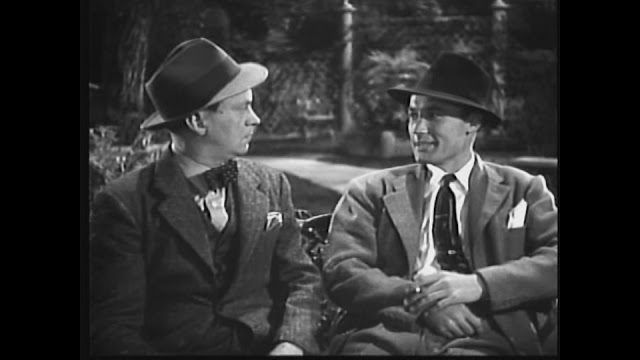 One last character to mention is minor, but one I appreciated. At the midway point, a radio presenter talks about the devil bat, inviting an expert on the subject over, who not only patently denies the existence of such a bat, but also singles out Johnny's photo as a hoax (in quite an amusing way). When the real devil bat is taken down I was hoping we'd get a follow-up scene with this guy, and we actually do! I didn't expect such an act from a movie like this.

A relatively minor problem, but still a nuisance is how almost every male character in this film looks exactly the same! It got to the point where I briefly thought Mary was having an incestuous relationship by being engaged to her brother, only to realise these were two different characters. Thankfully the devil bat starts 'thinning the herd' as it were, making things clearer to watch. 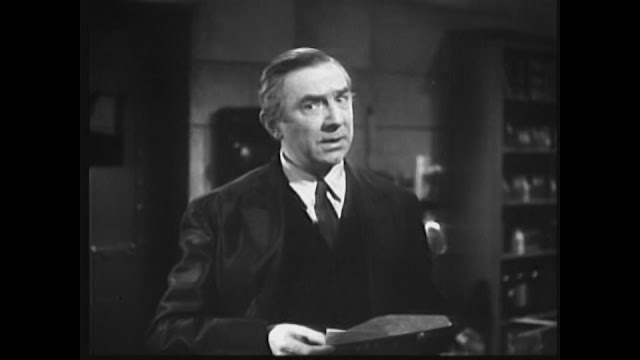 Speaking of, the characters here aren't incompetent per se, but there were a few times where I was yelling at them. 'It's just a bat! Punch it! Grab its wings then toss or kick it half a mile away!...Hey, you, you're right next to a chair! Use it!'.

The actors here are all pretty fine. Nothing great, but nothing terribly mediocre, while Bela Lugosi is the best screen presence as the scheming antagonist.

I'm probably one of the more charitable people towards The Devil Bat, but I really quite enjoyed myself with it. It's nothing special, but for a b-movie of its kind, it was a very satisfying watch...
Posted by Chris Hewson at 10:06 AM