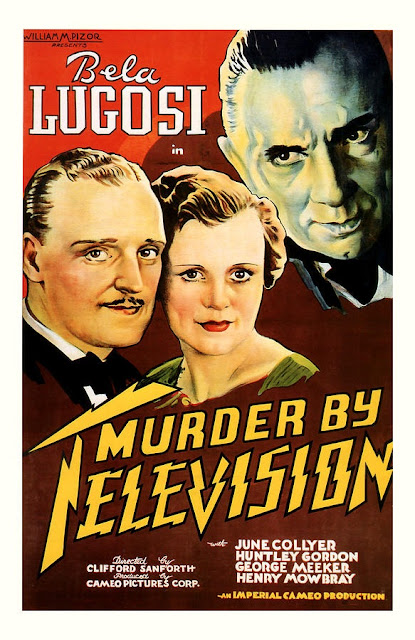 Television existed in 1935? Bloody hell, that is surely the greatest mystery of all in this film! I thought it didn't come about till the 50s! 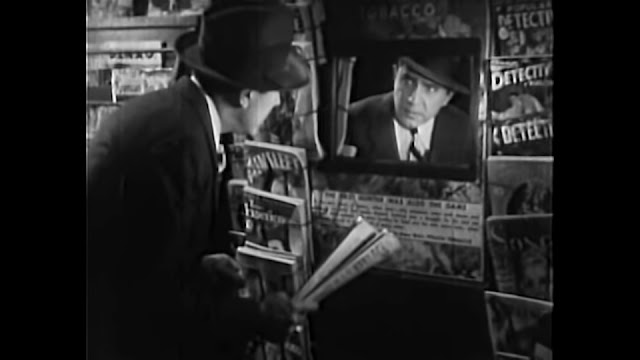 Inventor James Houghland has created a revolutionary new broadcast method, and various interested parties (both legitimate and criminal) are keen to acquire it, but the man refuses all offers. During a public demonstration of his device's capabilities, Houghland is murdered in an unexplained way, and the police try to figure out how this baffling murder was committed...

Murder by Television is a pretty early B-picture starring Bela Lugosi. It's not as late or as low quality as his Monogram offerings, but still isn't on the level of gems like Dracula, or The Black Cat. It's more of a mystery than it is a horror, but it's still a Lugosi feature, and with a title like that how could I not cover it for October?? 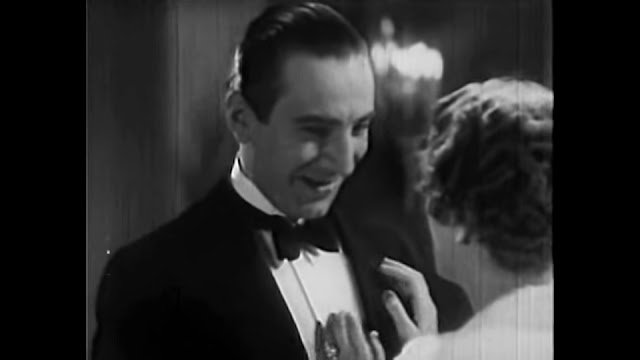 The plot to Murder by Television must've been quite interesting back in the day. It's still neat now, but to people new to the concept of TV it would've been more eye-opening.

Unfortunately this is a pretty leaden affair for a lot of the runtime. There's not much investigation, and we mainly just see characters sitting around.

Things gets a little bit more interesting in the final act, but moreso because of soap opera style shenanigans more than good writing, and these comes to late to redeem the film much in any case. The reveal of how the murder was committed though is quite neat, even if it possibly doesn't make much sense, and isn't possible for the audience to work out for themselves. If nothing else, I'm glad the movie does live up to its title and ultimately present a murder-mystery involving the new technology of television, rather than just have the victim be stabbed or shot like any other whodunnit. 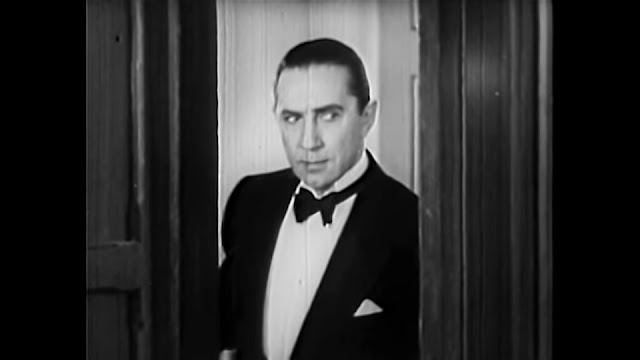 Bela Lugosi gets to play the hero for a change in Murder by Television, though it takes a while. He plays a dual role, though you wouldn't know it to look at him. He doesn't really play either character differently, and the first is a bit of a dull character in that he's just a random business associate.

The direction in Murder by Television is pretty static, but we get some well shot moments. One interesting bit was a flashback to an earlier scene but from a different point of view. It was really neat seeing such a thing from a movie of this older period!

The rest of the acting is simply ok. Actor Allen Jung gets the pleasant distinction of being an actual Chinese actor in a Chinese role! How nice for him! Just a shame his character is made to speak in a "Me no understand what happen" fashion, but at least the movie establishes that his reason for frequently spouting ancient Chinese proverbs is because he's a Charlie Chan fan ("He has a mania for courting confusion/quoting Confucius", one woman says about their superstitious movie buff manservant). He gets paired with genre role stalwart Hattie McDaniel. Their roles are both stereotypical, but they look like they were at least having fun on this murder-mystery movie set, and got to hang out with Bela Lugosi/getting to hang out with Bela Lugosi! Ah Ling and Isabella make for a fun duo, even if their acting can be a bit shaky (ok, a lot shaky). 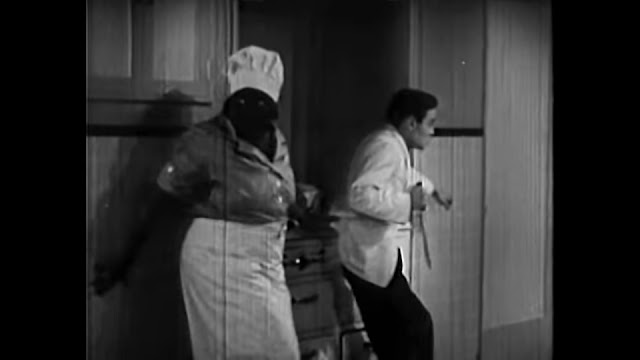 Murder by Television isn't terrible, but I don't really recommend it unless you're a completionist, or really interested in possibly apocryphal portrayals of early televisual technology...
Posted by Chris Hewson at 10:05 AM