College professor Julian Blair is conducting experiments on how to read the human mind and transmit thoughts, as one would radio waves, and is a success, even if only in a primitive manner this early in his research. Tragedy strikes, however, when his loving wife is killed in a car accident. After a chance incident in his lab where the thought patterns of his dead wife are recorded despite her death, Blair becomes convinced that his discovery can allow him to communicate with the other side. While not skeptical, his colleagues feel this is a bridge too far, and refuse to help Blair. Only his assistant Karl is of any help, offering to take his employer to a medium-Mrs. Walters. The woman turns out to be a fraud, but Blair realises that there was one unexplained incident at the seance that wasn't her doing. Finding her to be a gifted individual with a perfect affinity for electromagnetic whatsitgummy, Blair hires Walters to help him with his experiments. She seems to be taking her own cold interest in his work though... 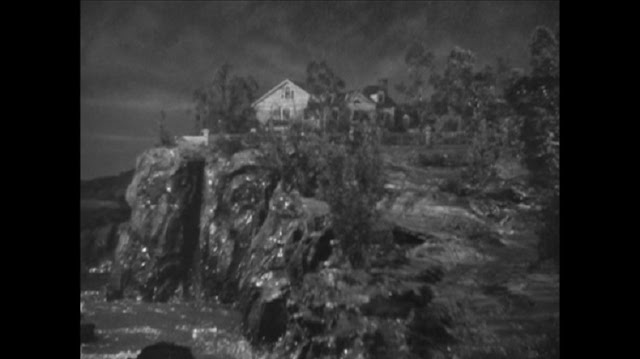 The Devil Commands is an interesting film in that it's very nearly Lovecraftian (bearing a resemblance to parts of Arthur Machen's The Great God Pan), but public unfamiliarity with those stories presumably led the writers to take this more unique story and attach a more simple "The devil did it" approach to its marketing, which can be seen in the poster, and the title, even if not in the movie itself.

The story starts off quite positively! Dr. Blair's experiment is a resounding success, convincing even his most skeptical peers, then his wife comes over to take him to the train station for their daughter's arrival, to celebrate her 20th birthday. They get the wonderful cake from the ever-friendly baker, aaand it's about here the inevitable penny drops.

The conniving Mrs. Walters subtly takes control of the Doctor and organising a 'sea change' to a new town, perhaps recognising the money his discovery could net her in the future, and she's decidedly the one with less scruples, who goes as far as convincing the doc to steal bodies, and cover up a death in his laboratory. 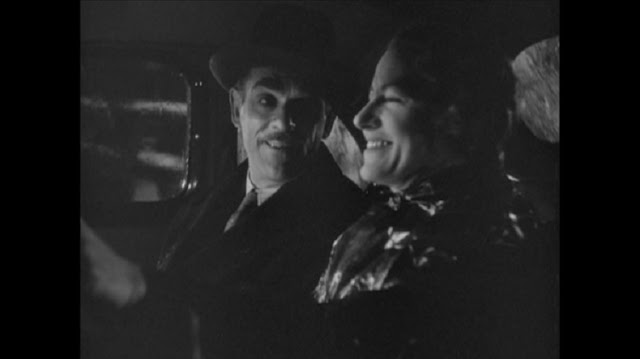 The biggest hurdle The Devil Commands faces is that it takes a little too long to get to the really interesting stuff, and by that point the movie's almost over. The time jump of two years also 'helps' in making the story's elements feel too unexplored for my liking. A lot of the story is told to us rather than shown, by the dull narration, and we never really get a concrete reason for why the doctor's experiments are so horrifying. They're not good due to the whole body snatching an' all, but aside from that, you never get the sense of an evil power or presence behind anything, certainly not the devil. You get the impression that the experiments would turn out fine if Blair was left undisturbed (and invested in better laboratory straps). I feel exemplifying this lack of further thought in the script is how despite the two year advance, a full laboratory setup, with half a dozen corpses sitting around the table looking like a macabre deep-sea diving conference, the results of Blair's tests are still exactly the same, trying to continue the same jutting line on a piece of paper.

Dr. Blair is a good lead, going through a definite change over the course of the movie. As for the reactions the scientific world has towards his discovery, they do somewhat believe his claims, but their objections are more based on the worry that by breaching the veil between the living and the dead, this will unleash some unknown horror onto mankind. Not quite sure how they reached that conclusion, but I will agree that tinkering with the afterlife perhaps isn't the best of ideas. On that note, it's amusing that Karloff has played both villains and victims in this 'struggle', from doctors trying to resurrect the dead, to those brought back from beyond the grave by said madmen. 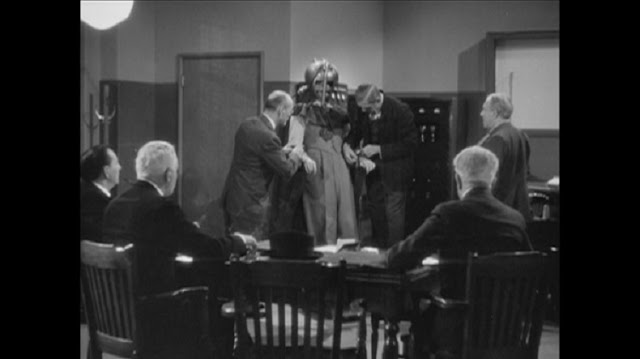 The character of Miss Walters is interesting, as she's clearly up to no good, perhaps with an ulterior motive to keep the Doctor's research going!...Then she abruptly exits the story. It turns out cash really is her only motive! Following that we get Doctor Blair becoming the defacto villain by trying to use his daughter for the experiment, which makes sense given how its explained to us, but it's not where the film was going. Walters should've had a bigger role in the climax, with her sinister machinations coming to a head, but instead it feels like the actress has a pressing engagement and had to leave.

Carl is a more fleshed out 'disfigured' lab assistant than most Igor types. He's mentally challenged, but is portrayed with more personality and good nature...until he gets zapped on the noggin' rather severely and becomes reduced to a much more one-note character.

Despite her constant and rather clunky and intrusive narration, Dr. Blair's daughter Anne is an unproactive lead, who even gets kidnapped and restrained offscreen, she's so useless. For all her flowery droning, she actually has rather little real dialogue, and most of her character and feelings are merely relayed to us rather than letting us see them for ourselves. 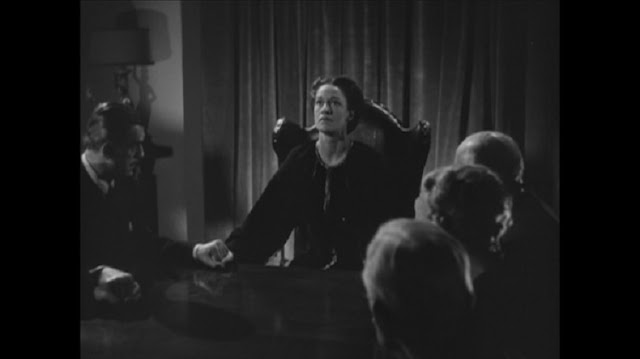 The townspeople are a bunch of assholes. The sheriff is the kind of guy who draws a gun on a handicapped manservant simply for the crime of entering a room in his own house (the movie doesn't seem to realise this is an overreaction), while the villagers grow to hate Dr. Blair despite knowing literally nothing about him. Just because he's isolated and doesn't socialise he's suddenly the devil in their eyes. Yeah, as annoying as they are I guess I can't fault the movie for realism! Bloody townies... The lynch mob at the end felt a bit unnecessary though, feeling like something out of Frankenstein, and they contribute nothing to events. Admittedly though, this particular lynch mob is entirely accurate in their suspicions regarding Dr. Blair conducting arcane rituals with the dead, even though they really shouldn't be based on what they have to go on.

Overall I quite like the slightly against type crafting of the main characters. You have the mad scientist who's careful and considerate (well, less of the former as it goes on), a medium who admits she's phony, and is only in this business for the money, and a mentally handicapped lab assistant who's not your typical deranged stereotype. 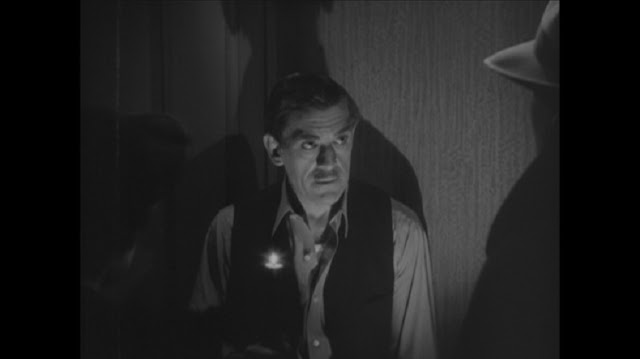 Karloff's performance is really good, going from an assured scientist with a gentle sense of humour, to a disheveled shell of a man resigned to his experiments no matter how far they go. As for Anne Revere, I'm not sure if she's really good at playing an emotionally detached villain, or just really wooden. It's genuinely hard to tell, as in some scenes she has a somewhat off-putting air to her, but in others she's pretty lousy. The rest of the acting ranges from ok to mediocre.

The set design by Lionel Banks is really good! The metal outfits worn by those involved in Dr. Blair's experiments look weird, and a little bulbous, but otherwise make for a pretty interesting sight.

The Devil Commands ultimately doesn't really go anywhere, but it's still worth a watch, isn't long at only 64 minutes, and has a fine performance from its auspicious lead...
Posted by Chris Hewson at 5:21 AM