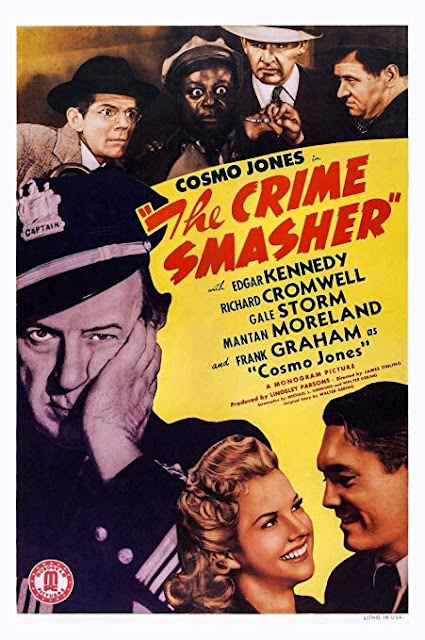 A wave of crime has swept the city and it seems like the police are powerless to stop it. One night, the body of a gangster is discovered by psychology student Cosmo Jones, who fancies himself an amateur criminologist. Determined to help the police and bring a stop to these foul deeds, he enlists the help of local janitor Eustace to help. Meanwhile, heiress Phyllis Blake is kidnapped, and it seems only the one and only Cosmo Jones can rescue her...

Cosmo Jones, Crime Smasher doesn't get off to a great start, as it takes forever for its protagonist to be introduced. Almost 10 minutes! For all that time I was wondering if any of the characters we'd met so far were the titular Cosmo Jones, but nope, he just takes his sweet time showing up. The same goes for Eustace too, who's a main character as well, with a sizeable role, yet doesn't show up until the 20 minute mark! This is only an hour long film, mind you! 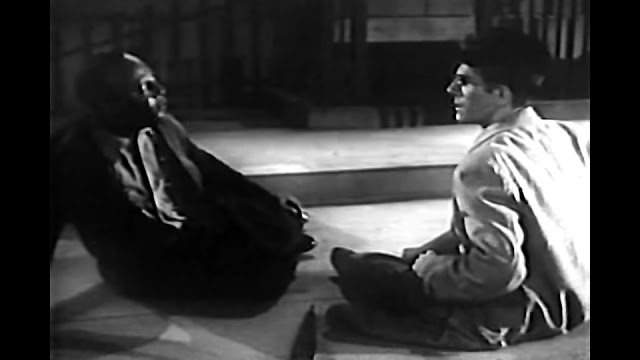 While Cosmo Jones, Crime Smasher feels like a total character jumble at first, it actually ends up being quite well realised. Once you get to know the barrage of people introduced, they're the ones who stick around. The young cop Flanagan, his grumpy boss Murphy, kooky investigator Cosmo, janitor turned crimefighter Eustace, and the three or so villains. It's a surprisingly manageable cast once you get your head around them!

The story here is quite a fun one, with a few twists and turns, and a good climax, with a few tense moments and clever ploys.

Onto the characters. With a sobriquet like Crime Smasher I guess I was expecting someone a little more burly and less weedy. Cosmo Jones is a little annoying at first, and comes across as the kind of know-it-all you just wanna slap. He ends up improving as a character once he's got Eustace to talk to. I guess because he's a more willing ear and more impressed, whereas the police are obviously about as interested in a PI getting all up in their affairs as a rash of appendicitis, with Cosmo's book smarts and lack of real experience rubbing these officers' and their street smarts up the wrong way!   Ultimately, Cosmo Jones is an endearing and entertaining protagonist, and it would've been fun seeing him get further adventures. 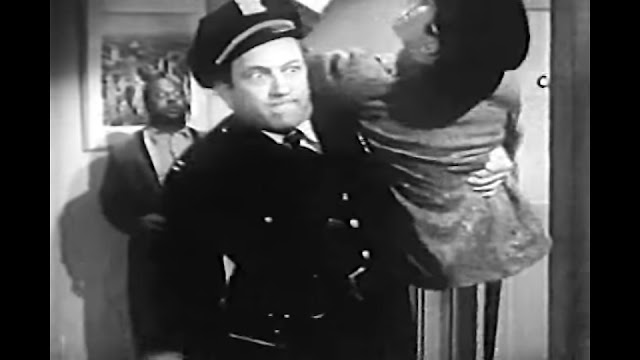 An aforementioned issue is the amount of time it takes for this hero to show up. There are even times where he seems superfluous in the face of the police protagonists, like when he goes to convince Miss Blake to vindicate Flanagan, and the very next scene has Blake visiting Flanagan herself to tell the truth. This actually is because of Cosmo, which is a plus, but means a not insignificant scene played out entirely offscreen!

Moreland's character doesn't feel subservient at all (he's even referred to as Sir by the protagonist in their first meeting!), and him holding a menial job doesn't play into how anyone treats him because his capacity in the film is as an investigator, and people treat him as such. It's very refreshing to have a black character in an older film treated with utmost respect. He also plays a big role at the end in helping stop the bad guys, taking out a couple himself! Evildoers beware of Mantan Moreland, for he will strike you with his giant hammer of justice! 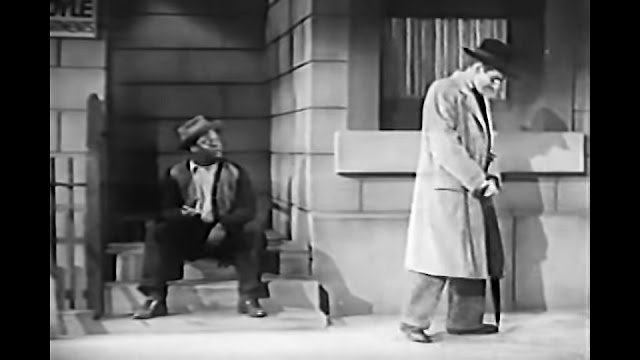 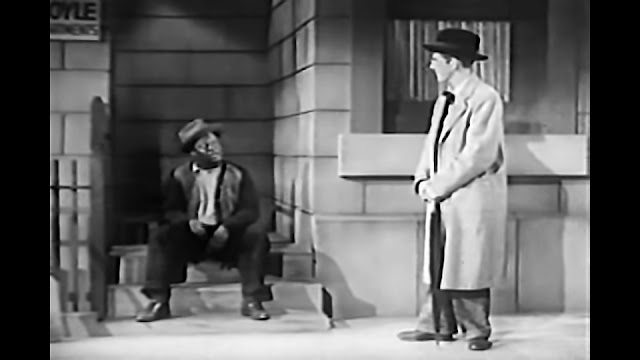 The long suffering Captain Murphy is portrayed well by genre stalwart Edgar Kennedy, who plays the role with his usual amount of bluster, entertaining thoroughly. The remainder of the cast are pretty fleshed out, save for the villains, who are fine antagonists, but not terribly developed.

Flaws aside, Cosmo Jones, Crime Smasher is a really enjoyable watch, and well worth checking out!...
Posted by Chris Hewson at 8:50 AM