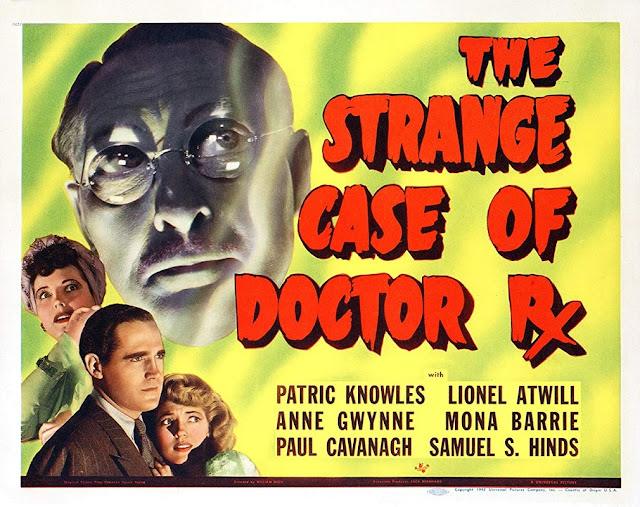 A mysterious killer is striking against recently acquitted criminals, and famed/noted detective Jerry Church is dragged out from his retirement to crack the case. He's aided by his trusty manservant Horation B Fitz Washington, and on-off girlfriend Kit. The Mysterious Doctor RX however always seems to be one step ahead in the game... 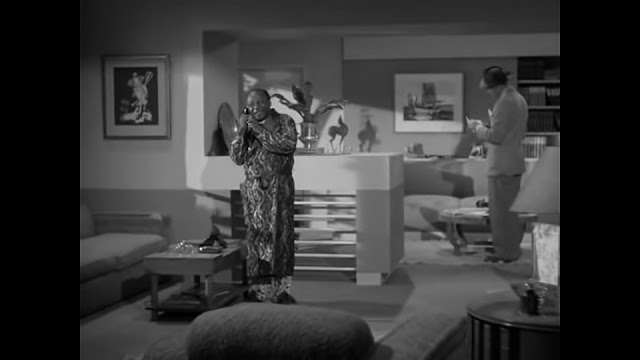 What I found to be a little on the weaker side is the mystery itself. It doesn't go poorly, but there's not a whole lot of progress made as the movie goes on. Few clues found, not really any motives since that's clear from the get-go (in a good way), not a large amount of suspects either, and the climax only comes to pass because Doctor Rx kidnaps the hero, not because Church found him. These are minor criticisms of what's otherwise a fine enough plot though. 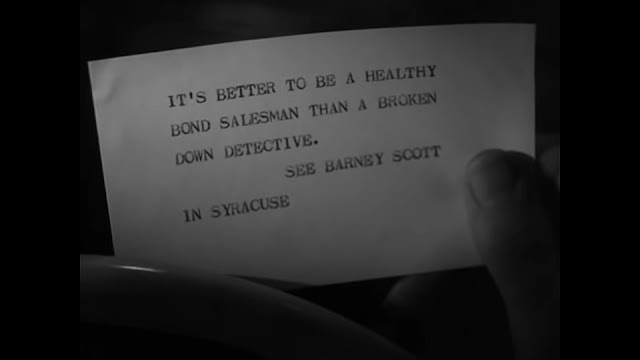 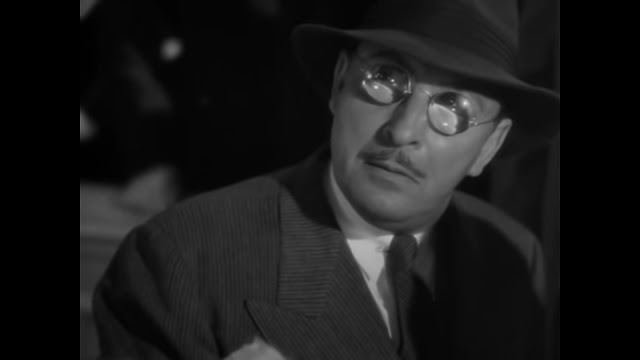 The climax/conclusion manages to be very thrilling despite the peak absurdity that occurs, with mad scientists and human-to-gorilla brain transplants out of nowhere. If you can believe it, things get weirder after that point! It's a strange conclusion, but despite everything I just said it doesn't jump the shark and it all makes sense, even managing to throw in a big surprise too!

Jerry Church is a charismatic and intelligent hero   not sexist, though sometimes gets amusing lines like "You sweet little thing, you'll figure it out". Such lines feel knowing, and all part of the banter. While the men in Rx are either heroic or dopey and somewhat useless, the women are quite domineering women. Church is also a hero who doesn't take misogyny lying down. There's one great scene where a gangster's moll is manhandled by a goon, and Church responds by getting up and promptly decking him. Nice to see, dude!

Kit is a mostly likeable character, but gets her sour moments, like her bad attitude to Church whenever she wants him to either do this or do that. 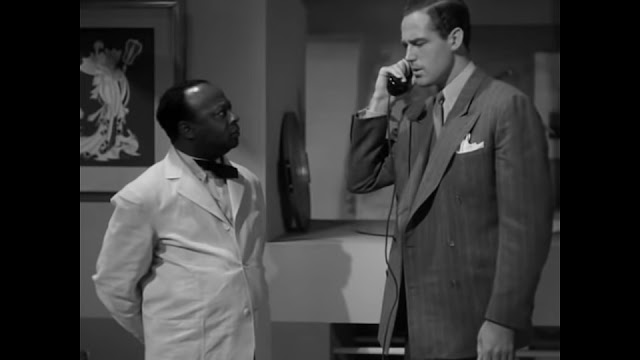 The film uses Lionel Atwill sparingly. He's a lurking presence throughout in the first couple of acts, before coming to the forefront in the ending. Moreland meanwhile gets a fair bit of screentime, even if there are a few long-ish gaps. He's not an important character to the story until the climax, but he does provide a lot of the humour. He gets many funny moments such as his his memory tests, haggling a police officer who's wanting for for booze, and the hilarious ending.

Other hilarious moments include some golden dialogue like:
Jerry: "Why I oughta break your neck"-Kit: "Why?"-Jerry: "Oh there are a thousand reasons"-Kit: "Just give me one-Jerry: "Well, that silly guy from Bermuda who fed pretzels to the fish in the aquarium"-"-Kit: "I was only studying him"-Jerry"Yeah, in night school"-Kit: "Well you were taking a correspondent's course with that redhead."-Jerry "Oh, that was business. A legitimate suspect"

Dude: "Church? Any relation?"-Jerry: "Only by Marriage"-Dude: "Oh, isn't that rather sudden?"-Kit "Everything that's happened to me since I've met Jerry has been rather sudden...and usually violent."

"The names Church. Jerry Church. I'm afraid you have me at a disadvantage"-Lady: "That's the way to have any man!"
There's more snappy dialogue where that came for, and I shan't spoil it all. It's a hoot to watch! 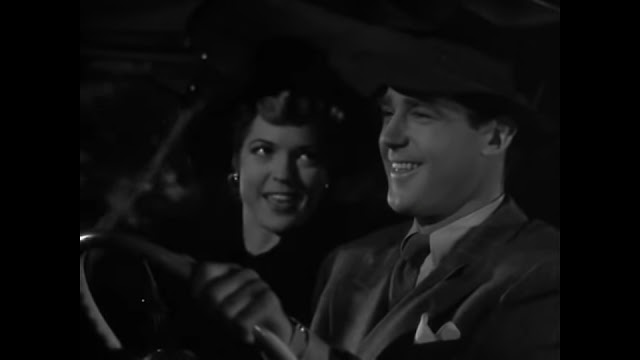 There's good acting all-round from everybody. There's a surprising and kinda weird small role from Shemp Howard of all people! It's actually not as shocking when you realise Mantan was considered to be a new member of the Three Stooges after Curly Howard's death. As for my thoughts on that, it would've been interesting for sure, and great for the Stooges to have a black member as well as a new 'character' rather than continuously trying to impersonate their dead members, but on the other hand I'm glad Moreland's career was wholly his own. 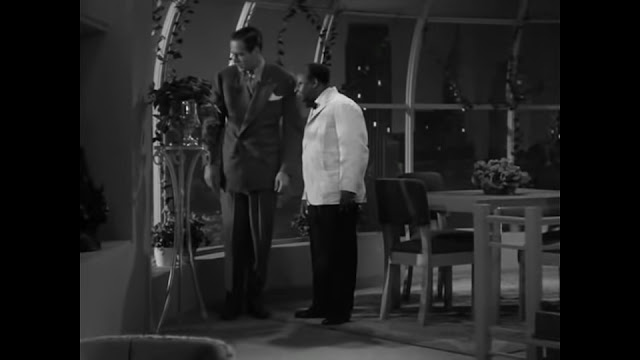 The direction here is really good, especially coupled with the set design. This looks like a movie with love and care behind its looks rather than a cheap done-in-one shot over a couple of plywood walls masquerading as a wall.

The Strange Case of Doctor RX may only be an hour long but it feels longer, in a good way, which is the mark of an attention grabbing film! It's an entertaining mystery-comedy, and certainly deserves the title of strange!...
Posted by Chris Hewson at 9:13 AM