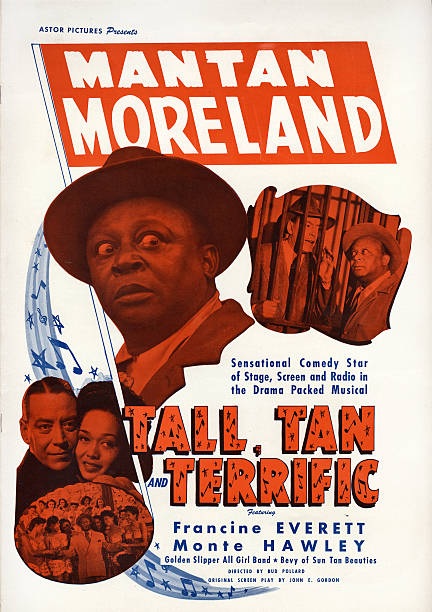 Nightclub owner Handsome Harry is being bothered by Duke, a notorious gang owner who desires both Harry's club The Golden Pearl and his star act Tall, Tan, and Terrific. Harry is pushed to the edge, and Duke ends up shot dead, but Harry swears he's not responsible. His stalwart comedian friend Mantan is convinced of his innocence and sets out to find the real killer... 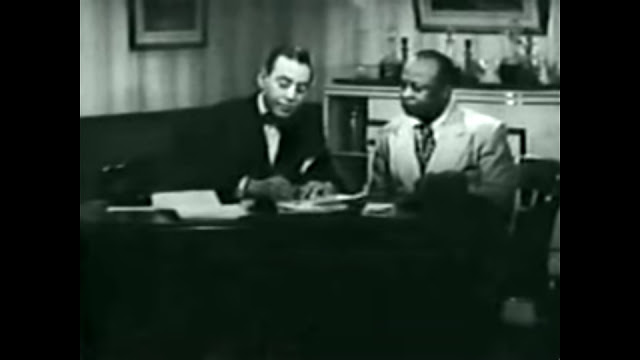 Tall, Tan, and Terrific is a great title, but I'm sad to say this picture does not live up to it. The first 10+ minutes are just variety acts, we get a small plot in the middle, and the last 10+ minutes are more variety acts. It's not that said performances are bad, but the plot is so minimal. The movie's only 42 minutes long, and the story takes even more of a backseat than you'd imagine, taking up only a fraction of that already massively reduced length.

The concept behind the plot is pretty neat on paper. Mantan Moreland, playing himself, has to solve a murder! Who wouldn't pay to see that?! He doesn't actually do that much sleuthing though, only looking at one picture that he didn't even find or take himself, which allows him to immediately work out the killer's identity. That snapshot is the only clue, and it's quite hard to make out given the crappy picture quality of the film.

The reveal of the murderer is nonexistent, as is their apprehension, happening entirely offscreen, Who they are and why they killed Duke is also of little importance. The titular lady does very little either, scarpering as soon as the murder is committed, and only returning once the movie's practically over. 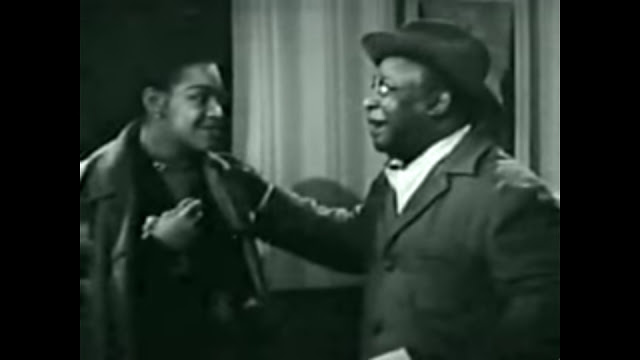 The dialogue is amusingly hip or unhip, depending on your preferences, with lines like "Dig ya later!".

Tall, Tan, and Terrific is recommended if you're an aficionado of African-American cinema and general talent from this time period, and carries far more importance as that sort of a time capsule than it does as a movie...
Posted by Chris Hewson at 6:14 PM