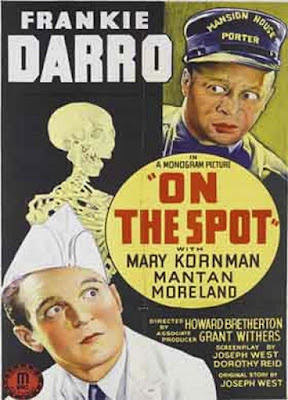 Pharmacy soda boy Frankie and hotel porter Jeff are chatting away when they're suddenly accosted by a mystery man, who makes a phone call to an underworld associate asking them to come over to town, and that he'll entrust the information he needs to know with these two kids, as he knows he's not much longer for the world. Once that the call finishes, he says "Tell him that...that..." then proceeds to ungratefully die mid-sentence, leaving the two boys in one heck of a jam, when neither the gangsters nor the police believe it really happened that way, convinced they know more than they're letting on... 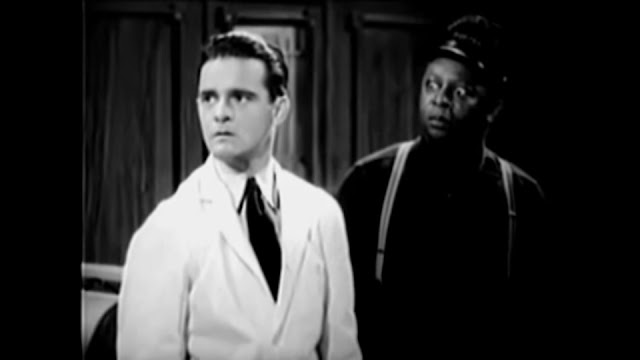 On the Spot is a dull little affair. The story feels too laidback for its own good. Early on, I briefly thought the movie might get a little clever and reveal oncoming crook Smiling Bill to be the female reporter. I figured she wouldn't be a love interest since the pharmacist's daughter already fills that role, and that leaves literally only one other possibility for her in a film like this-A femme fatale. Unfortunately Smiling Bill is just some random guy. The reporter lady does pretty much nothing, as if the writers genuinely didn't know how to write for a female character who wasn't a doe-eyed love interest, or a figurative-moustache twirling villain. She gets a couple of tiny scenes that are somewhat ok, but a 1940s cheapie film isn't gonna go much in for genuine three-dimensional characters. On that note, the love interest gets pretty screwed over for screentime too. Goddammit, I wanna watch a movie about these two women. They're way more likeable than Frankie Darro! 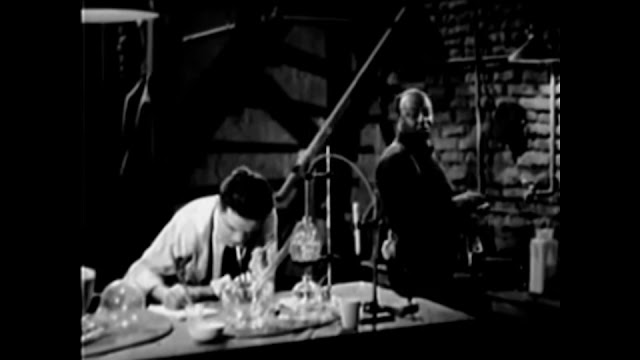 Just when the film was beginning to bore me, it threw a curveball and got my attention again, only to promptly squander it once more. It's only in the final 19 minutes when the leads finally bother investigating the case themselves  The identity of the murderer is kinda obvious, given there's only one person it could be ('Gee, I wonder who the killer is? Could it perhaps be the high falutin' asshole who's literally the only suspect?', I thought). There's a pretty tense climax, but it spoils itself by letting the killer get away unidentified, and the film meanders along for another 10 minutes before the actual conclusion. This second climax does at least let the lead do something clever and in keeping with his character, so that's appreciated.

On the Spot isn't really racist, but isn't that progressive. The 'Mr. Frankie-Jeff' problem crops up again, and is akin to if Costello always called his partner Mr. Abbott. Making it worse is the fact that Frankie Darro is a 3 foot tall gnat who has no business not calling anyone Mr. or Mrs. There's one irritating moment when the police detective is asking the two for testimony, yet only tolerates hearing it from Frankie, telling Jeff to shut up when he offers his side of the story. 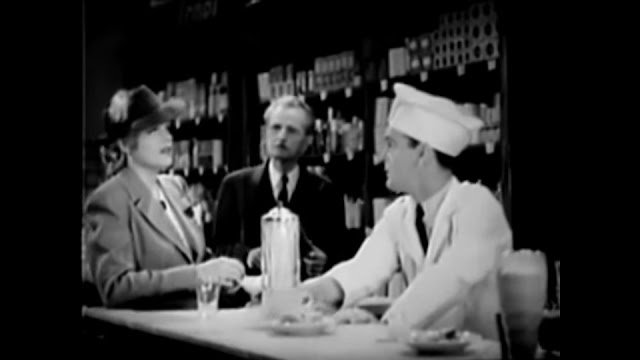 The acting's ok. Darro is almost annoying, Moreland comes close to stealing the show, while Mary Kornman and Maxine Leslie are good but underused. Interestingly, the guy playing the sheriff has a John Carradine style voice!

On the Spot is mediocre, but a tolerable watch...
Posted by Chris Hewson at 7:17 AM