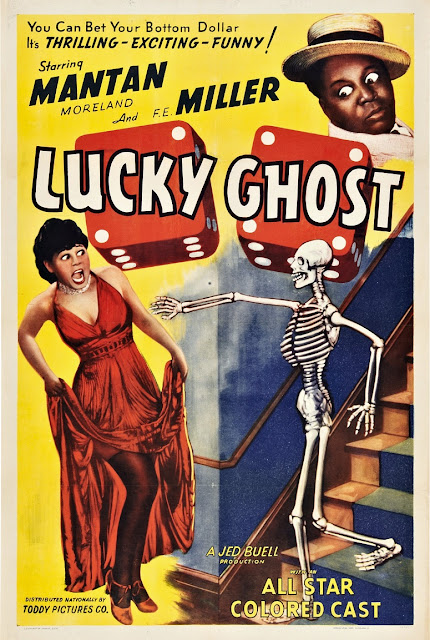 Travelling transits Washington and Jefferson have just come into a new town, where after a few tricks of the trade they soon come into a large amount of money. Since their unlucky opponents were on their way to a local gambling den, the two decide to head there themselves. Running the establishment is the gruff and temperamental Brutus Blake, who doesn't take kindly to Washington and his interactions with his number 1 girl. After a tense showdown of wits and strength, the duo end up taking control of the entire business, but they soon have to contend with the angry spirits who reside in the area, who don't take too kindly to the den of inequity... 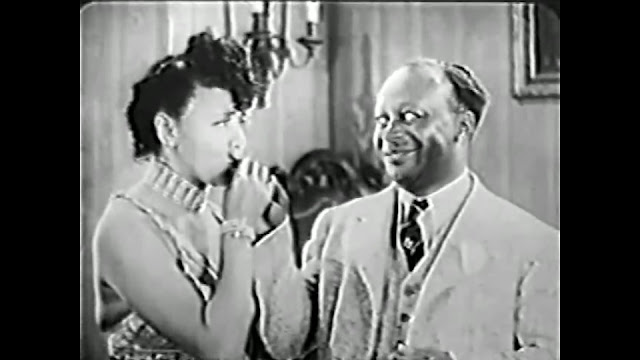 Lucky Ghost is the kind of Mantan Moreland movie I wanted to be watching for this marathon, in that it's an all-black movie, with nary a whitefolk in sight! And not only that, but a legitimate starring role for the guy. So many of these movies fell under the radar just because their stars weren't caucasian, and that's so not fair. Even more frustrating is when some people try and decry them as racist, which is really disrespectful towards African-American cinema history, and belittles the struggles it must've taken to get even stuff like this made.

The plot to Lucky Ghost is pretty normal at first. With a title like that, and a set of opening credits that specifically credit the ghosts (which one would hope isn't spoiling whether or not there's a Scooby Doo twist), you'd think this would be about the supernatural. It is, but it takes a while! More than half the movie is devoted to the two leads bumming around, showing their misadventures as they stumble into a new town, come into a bunch of money, and end up in a gambling den. It's only at the halfway point when the restless spirits come out of their graves. Given how they play into events, it makes sense for them to start getting involved later on, but I wish we would've gotten a few extra scenes with them earlier, just to establish that they're part of the plot. 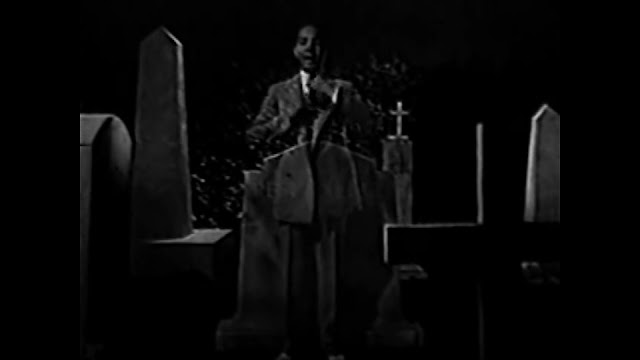 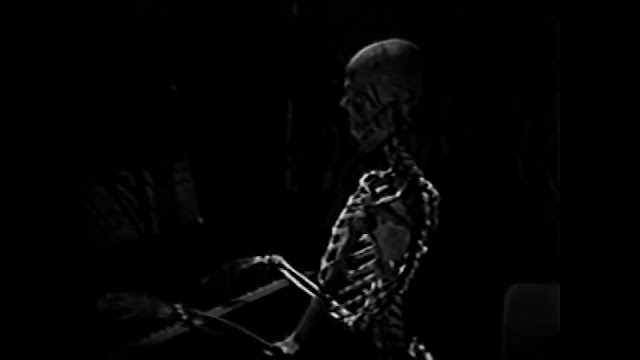 We don't really know much about the two heroes, but that's ok, as their dialogue informs their characters well enough. They share many great moments together, and the banter flies so fast it's sometimes hard to hear what they're saying! This is either good or bad, depending on how you look at it.

The comedy in Lucky Ghost doesn't land all the time, but when it does, it does! It's downright hilarious at times. So funny I had to pause the movie a couple of moments!

Present is that typical African-American dialect of the time. It was probably really spoken by many people (still might be), but seeing it in movies can often run the risk of being awkward and potentially offensive (if written by someone without the right know-how, that is), or at the least overused. It's done in moderation here, and I'm not going to cry racism that the all-black production spoke how they want, especially when they deliver such lines as "Is we is or is we ain't out of gas?". Other characters are more well-spoken, too, using words fancy enough that many people might be scratching their heads over the meaning. 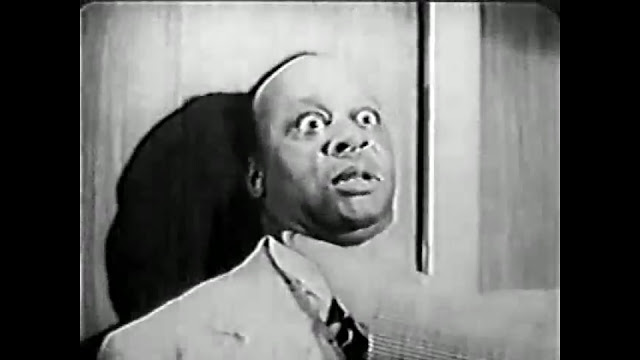 The acting's pretty good. Mantan is great fun. Being the straight man of the duo, F.E. Miller isn't quite as distinctive as Moreland. He's still fine, but not the one who steals the show. Florence O'Brien is a pain as the gambling den's hostess. When it comes to romantic foils/female buddies for Mantan Moreland, I prefer Marguerite Whitten myself, seeing as how she can actually act. I haven't seen it but I'll also hazard a guess she can sing, too.

The effects here is ok to decent. The ghosts look good, and the invisible manipulations we see look neat, even if it it obvious how some of them were achieved. The skeletons at the end look silly and unconvincing, but lively all the same. 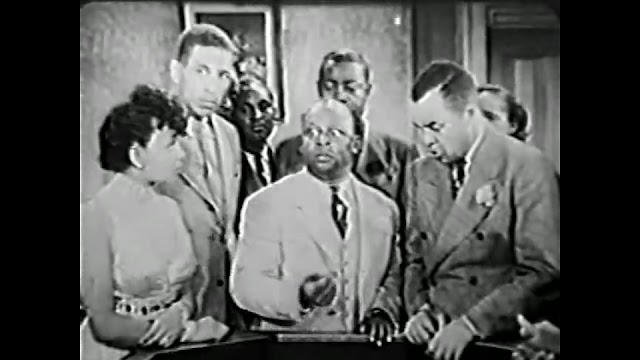 Lucky Ghost is a very funny little comedy. A quick and easy watch, it's worth seeing, for sure. If nothing else, it was an occasion where a bunch of African-American actors got to have an easy break, with roles consisting of just relaxing at a ritzy dinner party with catering, jazzy music, and dancing, and that's actually more sweet than the movie itself!
Posted by Chris Hewson at 9:18 AM