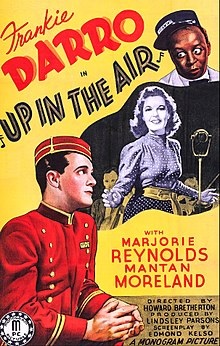 Young page Frankie spends his time at work holding auditions for new secretaries like Anne Mason, masquerading as a high up employee. Lucky to have not yet been fired, he's reprimanded, and the bosses' attention is focused squarely on Rita Wilson, the radio station's troublemaking starlet. Soon after, she's shot to death during a broadcast rehearsal, and Frankie sets out to find the killer... 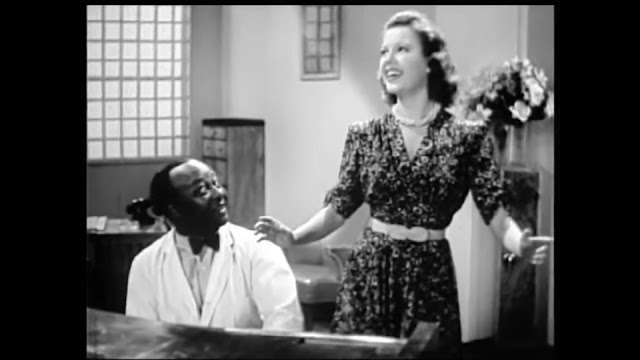 Up in the Air is a pretty mediocre flick. The story takes a very unexpected turn 16 minutes in, changing from a typical Sing Hostess style movie of a talented young singer working a menial desk job triumphing over a bitchy and conceited starlet, to a murder mystery! As much as I love whodunnits, I was actually preferring where the movie was previously headed, especially since the mystery plotline is a disappointment. We get no clues, and the characters don't even find any until the last ten or so minutes. As for the reveal, my reaction on finding out the killer's identity was '...Who?', which says it all.

The lead character of Frankie has all the sex appeal you'd expect from someone whose vocabulary includes the phrase "I won't take no for an answer". Upon Rita Wilson's murder, he's more concerned with trying to groom Anne Mason as a replacement (with a grin on his face, too), all with the express purpose of getting laid rather than out of altruism to a friend. To top all that off, he's possessive when other men deign to talk to her, and he becomes furious when she gets popular, but he's not. What a vile little prick! He eventually becomes bearable, but there's only like 15-20 minutes left of the movie at that point. 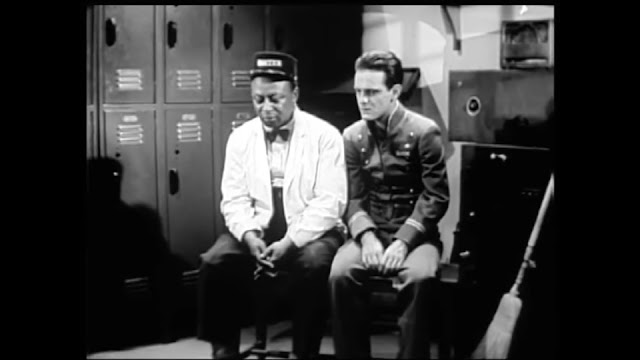 Jeff is a likeable presence, not adding much to the story, but appreciated by me all the same. Meanwhile, Anne is the best character in the movie. I especially loved how she calls Frankie 'Page' for almost the entire film. Also neat is that while you assume it'll happen offscreen after the movie ends, the two never actually get together! Yay!

You probably weren't wondering if this movie has any blackface. The answer is yes, by the way. I can only imagine Mantan slapped either Darro upside the head, or whoever else thought this was even a remotely good idea. The biggest crime besides that is the skit itself is actually pretty funny, but its ruined by Darro's offensive make-up and delivery. Also, who wears blackface (or any kind of make-up for that matter) for a radio show?! Who I tell you? To be fair though, there is a reason for that, and it does lead to a funny line from Jeff!

Also questionable is how Moreland's character always calls Darro's Mr. Frankie, but he always just says Jeff in return. Some friend you are, you casually racist bastard! 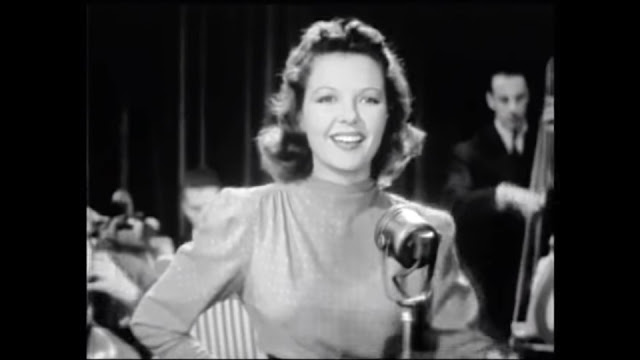 Coming to the acting, Frankie Darro didn't impress, but I'm willing to give him the benefit of the doubt just this once and assume he was let down by a lacklustre script. Marjorie Reynolds is pretty fun, and she can sing well, too. I wasn't crazy about her Conga number at the end, but was otherwise decently impressed. Moreland is playing his pretty stock standard role, but does so well. Everyone else does ok jobs.

Up in the Air is not very good, but not entirely a waste of time, and has its mildly, mildly entertaining moments...
Posted by Chris Hewson at 7:16 AM