The 12 Days of Mantan Moreland: Conclusion 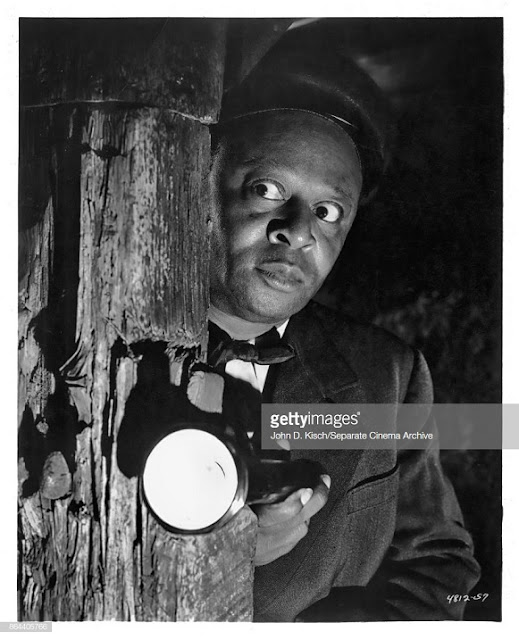 Merry Christmas and a Happy New Year to you all! I hope you had a wonderful year, and will have an equally good 2019...

Like 2016 when I did the '12 Days of Regis Toomey', I intended to do the 12 Days of Mantan Moreland last year, but I got a bit busy, so halfway through my marathon I decided to take it easy and leave it for the following December. As it turns out, this December was even busier than the last, but oh well, Mantan Moreland waits for nobody!

Mantan Moreland was predominately a supporting actor in countless Hollywood productions, usually playing beleaguered manservants, but inhabiting the roles with such life that they moved beyond the stereotypical nature of such roles. Even when he was only in minor parts, he often stole the show. Beyond that, he also got many lead roles in race films (those with an all African American cast and crew), and had a very popular career outside of the film industry as a comedian. Such was his reputation that he very nearly became a new member of the Three Stooges.

One beloved section of his career are the eight films Moreland made together with Frankie Darro. While I personally didn't care for them, they're still very popular among his fanbase. One really nice comment I saw on youtube that sums up their films together was "Frankie Darrow/Mantan Moreland-What a team! Love Mantan's common-sense attitude combined with a perpetual state of confusion when unwillingly becoming involved in Frankie's schemes."﻿.
Another chunk of Moreland's filmography is his role of Birmingham Brown in the Charlie Chan series. Adding an extra bit of diversity to an already plentiful series (besides the main lead, but we'll get to that another day). As one of Chan's chauffeurs, he provided some comic relief to a lot of the later entries, and I think even took up some of the slack when lead actor Sydney Toler's health started to fail. I've yet to see these movies, but only because I want to see the Charlie Chan films from the start. I'm sure they'll be a great time, and an example of what Classic American cinema could be like when it said nuts to racism! 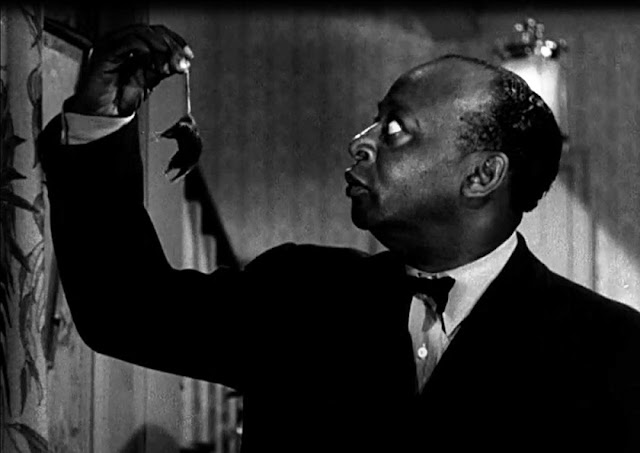 By some accounts Moreland was discontented with the sometimes stereotypical nature his roles took on. This interview was in the 1950s though, and I imagine the bitterness from the flack towards the Civil Rights movement and the amount of media jobs (among other industries) it stripped away would've been fresh in his mind. He lived for almost another two decades, so I'm sure his viewpoint would've improved as time went on, and as his movies kept on being enjoyed by a whole new generation as his vast catalogue of movies saw plentiful TV syndication. And of course he never stopped acting, even if it was in a much reduced capacity, and one of his final roles was warmly typical of those he so often portrayed, in the kooky horror extravaganza Spider Baby. What a career high note to just about end on, right?

Mantan Moreland died in 1973, having lived a long and productive life as one of the most popular and beloved African-American comedians of the early 20th century...
Posted by Chris Hewson at 8:15 PM