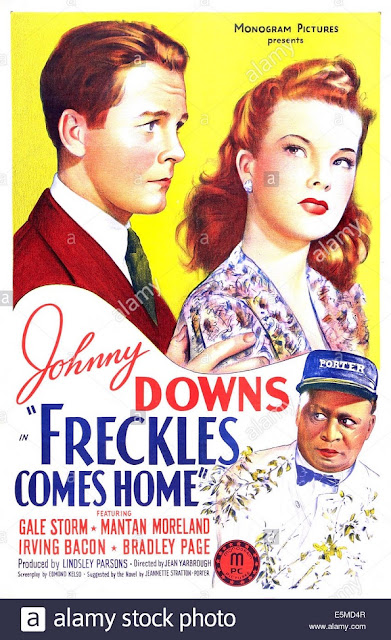 Young man Freckles Winslow has just returned to his hometown, Fairfield, 'the community with-a-future' (though their egregious misuse of hyphens proves they don't). Accompanying him on the bus ride to this isolated village is Jack Leach, secretly a gangster fleeing after a bank robbery turned deadly. Freckles' old friend Danny is in some financial trouble, so together they formulate a plan to introduce a new highway into the struggling town to breathe new life (and new money) into it. Recognising a great chance for some quick cash, Leach decides to help out the two boys and calls a suspicious 'investor' friend. Things take a turn for the worse when Leach ends up dead, and faced with an incompetent sheriff who's chasing everyone but his own shadow, Freckles and Danny try to find the murderer themselves... 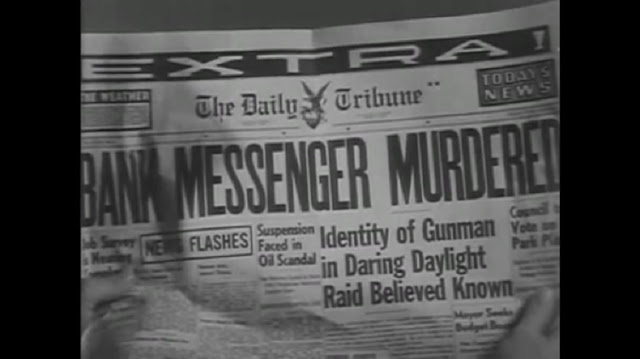 Tangentially based on the 1929 novel, Freckles Comes Home is a pretty dull and mediocre watch. The whole 'bank robber on the lam' story feels a bit unnecessary, as there's already plenty enough going on with the protagonist coming back to his hometown, sorting out old rivalries, rekindling old romances, and trying to revitalise the place. Things feel a bit too busy with the criminal plotline, especially since good chunks of the film's midsection are taken up by hotel porter Jeff and butler Roxbury's antics. Even more unwelcome is when the movie suddenly becomes an old dark house mystery in the last 20 minutes!

The humour in Freckles Comes Home comes courtesy from Mantan Moreland and Lawrence Criner. While it's wasted in/for a crap movie, they slightly amuse. There's one amusingly disturbing scene where Roxbury becomes a homicidal barber in his sleep and tries mutilating Jeff. The ending is similar in vein too. I'd read some amusing reviews on IMDb that spoke of the ''disturbing and 'misjudged' ending, and was curious what they meant, assuming it had something to do with the romance. 'Does it end with a really off-colour joke, or extremely sexist remark', I thought? Neither as it turned out! 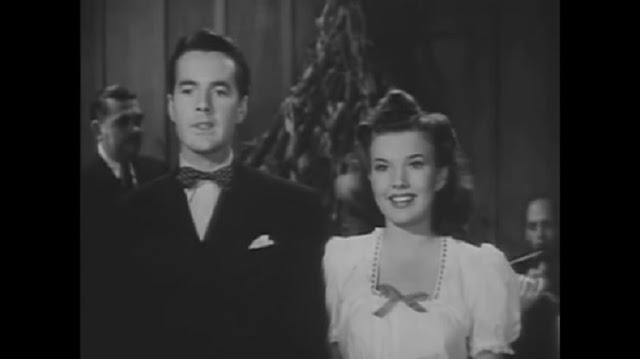 Freckles is quite a horrible lead character when he's not entirely forgettable. He's not trying to revitalize the town by having a new highway created because he cares about its future, but rather so he can bail his dumbass friend out of trouble and that's it. He barely hesitates to rekindle his romance with Jane solely to try and wheedle his way into her father's good books and get him to help set up this road. Thankfully she is no stooge, and tells the louse exactly what she thinks of him.

The bumbling sheriff is sometimes annoying, and a little funny at other points. The two feuding patriarchs are annoyingly stubborn, but as exaggerated and unrealistic as their unwaveringly staunch behavour is, I probably can't fault it for not being true to life, since people can be stupid assholes! As for the villains, they're all a forgettable bunch. 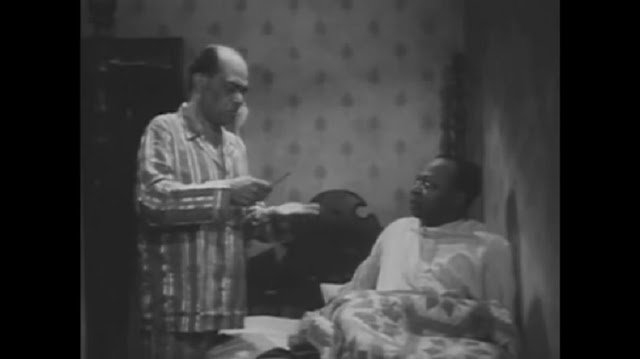 The acting is all fine at best, creaky at worst. As for Mantan, he has an ok role. Not the biggest, but not inconsiderable either. He certainly doesn't have as big a role as the pleasantly misleading opening credits claim. Moreland has second billing below Gale Storm! Yep, he's credited higher than the dude playing the lead character. Really goes to show who's more important.

Freckles Comes Home is hardly worth checking out. It's short at the least, and there are a couple of good scenes, but overall it's just a dull time. It's the kind of story that'd make more sense if you saw the previous movies, except for the tiny fact that there are no previous movies. This was it!...
Posted by Chris Hewson at 7:49 AM