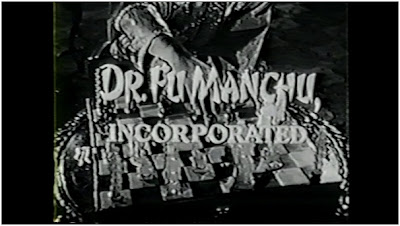 Well here I am, back again with more of The Adventures of Fu Manchu!

Fu Manchu Incorporated focuses on the Devil Doctor's plan for a bunch of nefarious gangsters... 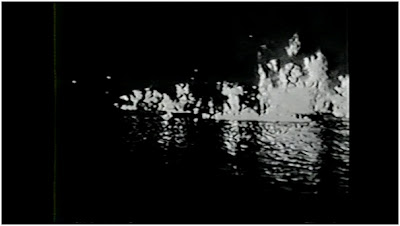 The episode opens with a massive fire (complete with explosions), and a newspaper montage pinning the blame on gangsters fighting. The montage also reveals that head kingpin 'Big Syd' Vesta (Ted de Corsia) is hiding out in East Africa, and is going to be extradited by the American police.

Dr. Petrie and Betty are going on a flight to Africa-'the dark continent' as Petrie calls it! They go to Lorranco Marquez (I may be heinously mispelling that), in Mozambique. They're headed there because Vesta is claiming to be too sick to be extradited back to America and put on trial. 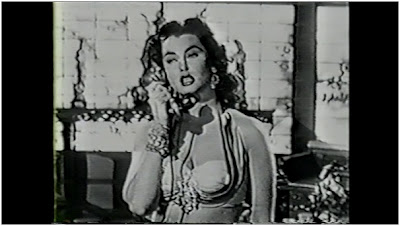 Meanwhile, Fu Manchu has kidnapped Vesta. Fu tells Vesta of his plan to join their two organisations, and to have Vesta secretly sent back to America, so he can conduct his crimes in his homeland. Fu tells Vesta about a drug of his that will make Vesta seem seriously ill for an hour. Later, Petrie and Betty go to Vesta's villa to examine him. Vesta is comfortable, playing golf in his room when his man-servant tells him of Petrie's arrival. Vesta takes Fu's potion-drug and is immediately gripped by pain. He stumbles around for a little while, then collapses on his bed...and drops the drug vial on the floor for all the world to see! You'd think Fu Manchu would have gottten a drug for Vesta that could have left him ok long enough to hide the vial! 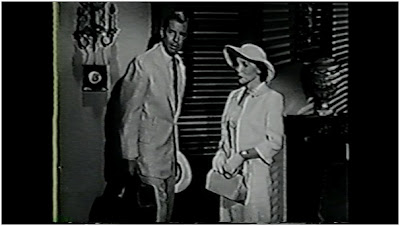 While Petrie examines Vesta, Betty finds the vial on the ground. Then, Petrie's narration abruptly cuts to him, Betty and Nayland Smith talking about Vesta (Petrie: "That vial Betty picked up in Vesta's room smacked of Fu Manchu!" Huh?! 'smacked of'?!). Petrie says that the vial smelled of an oriental drug that he once came across (Nayland: "I may have a suspicious nature, Petrie, but when you say 'Oriental drug', I hear 'Fu Manchu!'"-Shouldn't he have said, 'I may NOT have a suspicious nature'? That's two possibly flubbed lines in under a minute!). They later find out that Vesta has 'died suddenly'. 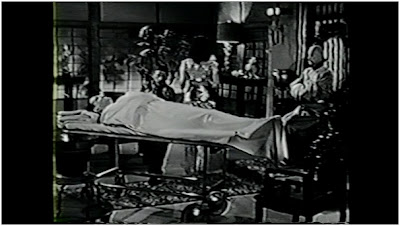 After Petrie, Smith and Betty search Vesta's grave and find it empty, Fu Manchu has Vesta's prone body (Fu Manchu: "He makes a magnificent corpse. Seems rather a pity to disturb him"). Fu revives Vesta from his drugged 'death' and informs Vesta of his plans... 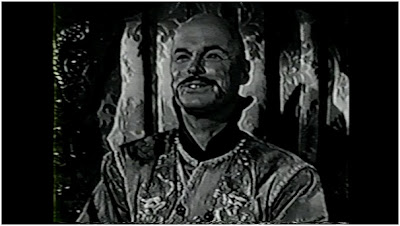 Meanwhile, the analysis of the vial-drug has come back, and Petrie says that it's an oriental drug, which is proof for Nayland Smith that Fu Manchu is involved (a wee bit paranoid, are ye, Sir Dennis?). Soon, Fu Manchu's evil plan (Murder Incorporated as Betty compares it to) is put into action. 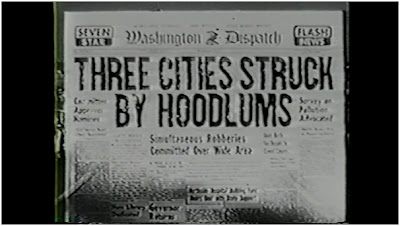 Boston, Pittsburgh and Philadeplphia are all suffering from dozens of simultaneous robberies. The only lead to the next targets is a wounded henchman of Fu Manchu's... 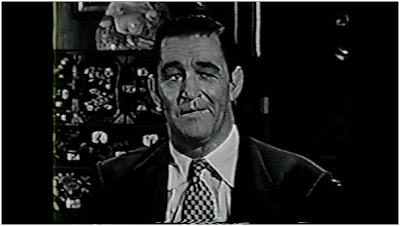 Will the robberies go as planned?
Will Petrie, Smith and Betty be able to stop them?
Will Fu Manchu manage to gain more money than Gomez Addams? 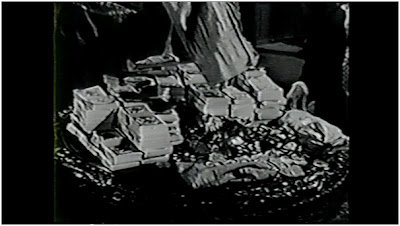 Fu Manchu Incorporated is one fun episode! It has a cool plot, that plays out well enough for a program that's only twenty-five minutes long, the acting's decent, and there are two particularly awesome scenes. One is the climactic gunfight, and the other...

The other is a hilarious and totally unexpected scene! Fu's injured henchman is in the hospital, and to get him to talk about Fu's plans, Nayland Smith decides to impersonate Fu Manchu! It's funny-as-hell, and it actually works! The henchman spills the beans!

Karamenah and Kolb are very underused in this epiode though-they only serve as background characters for Fu's lair.

So, all-in-all, this episode of The Adventures of Fu Manchu  is a load of fun!...
Posted by Chris Hewson at 9:10 PM