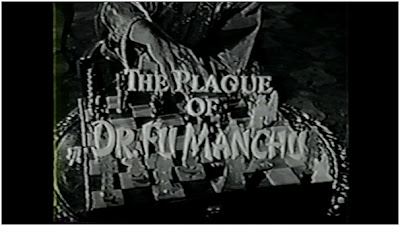 The Devil Doctor, Fu Manchu is back!-With a vengeance, in The Plague of Fu Manchu...

Fu Manchu has developed a highly contagious plague (and an antidote, to give himself immunity), and he's made a woman (Eve Miller) a carrier for it (Typhoid Mary of Fu Manchu!). He tells the woman to walk around the city and infect as many people as she can. 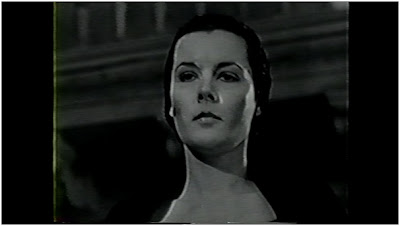 Virus-Lady comes across a squeaky-voiced little girl (Mimi Gibson) (who's butchering Rockaby Baby to her doll) and doesn't want to touch her, but has no choice when the girl pulls her over. After running off, Virus goes around infecting dozens of people.

The girl collapses, and the episode cuts to her in a hospital, being checked on by Dr. Petrie. He was called over to check the girl to see if he could recognize the girl's strange affliction (Doctor Scott: "This thing has our entire staff licked!"), but he can't recognize it either. Betty comes in and tells Petrie that five more patients suffering from the same symptoms, and there are many more reported cases. 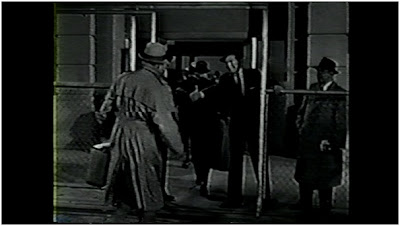 Nayland Smith comes over, having gotten a essage from Fu Manchu, who wants a meeting to be arranged between government officials (and naturally, since the show is only twenty-five minutes long, all of this happens in Petrie's voice-over). After an old-lady spy informs Fu of Nayland Smith's arrival, Smith talks to the board of officials, who are unwilling to give into Fu's demands-withdraw American troops from a key defense location, which is tantamount to 'calling all of America's enemies into the white house'. 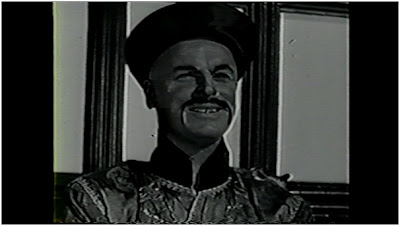 A phone call interrupts the meeting, and the caller wants to speak with Nayland Smith. Smith takes the phone...AND DOESN'T RECOGNIZE FU MANCHU'S VOICE! What is wrong with you, dude? You really have no excuse for not remembering his voice! Fu taunts Smith and the board, then hangs up. 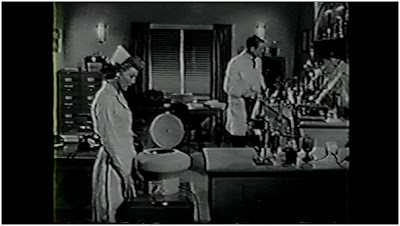 After the meeting is over (with the board undecided on what to do), Dr. Petrie starts 'Operation Maggie' (Maggie being the name of the infected little girl), a bid to try and find a cure for the plague. After Smith, Petrie and Betty talk about stuff, they all say goodbye, in a scene which feels like the end to an episode of The Waltons! (Goodbye Betty-Goodbye Sir Dennis-Goodbye Petrie-Goodbye Sir Dennis) and Smith leaves. As soon as he does, he's kidnapped and stuffed into a car with Fu Manchu, who gloats evilly, and says that he'll hand over the plague's antidote if his demands are met. Smith is dropped off and Fu drives away. 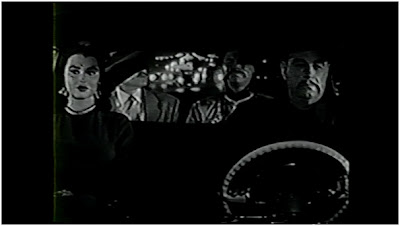 Back in Fu's lair, Karamenah gets a call from one of Fu's clients (someone who'd benefit from U.S. withdrawl from the 'defensive line'), whose wife has been infected with the plague. Fu tells Karamenah to go to the client and give him some antidote. She leaves, and as she goes to the client's location, she's cornered by Virus-Woman-the phone call was a setup-who infects Karamenah... 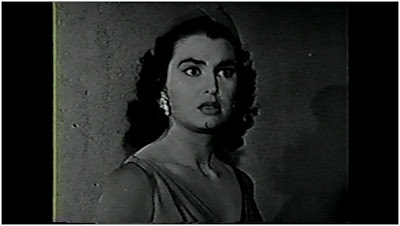 Will the deadly plague be stopped?
Will Smith and Petrie get the antidote?
Will I have to make six+ more of these 'Will' jokes? (It's getting harder, people!)

Well this episode was something new! It actually had character developement from Fu Manchu!

The Plague of Fu Manchu is a fun episode, with a cool plot-a cool plot that actually fits in rather neatly into the twenty-five minute running time, when it so easily could has felt forced and rushed.

As for that character developement, when Karamenah is infected and taken to the hospital, Fu murders the jealous Virus-Woman (whch Kolb grins at!) and, shaken at the possible loss of Karamenah, he calls Nayland Smith, admitting defeat and arranging a deal with the antidote for Karamenah (which Fu does break, he is a villain, after all). 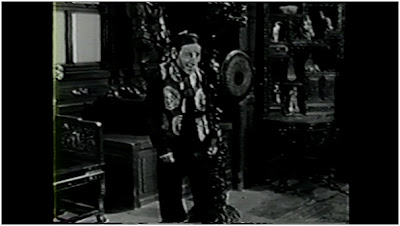 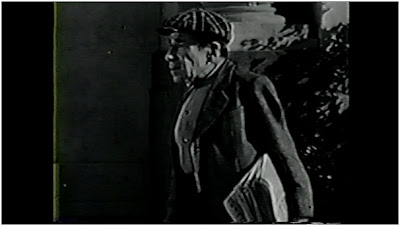 The episode does have a few oddities though. Neither Smith or Petrie recognize Fu Manchu's voice over the phone, even though not only have they battled him through hell and high water, but Petrie himself has been kidnapped by Fu-he should recognize his damn voice! And when Karamenah is taken to the hospital, while knowing that she works for Fu Manchu, neither of the two heroes know who she is! DON'T YOU RECOGNIZE KARAMENAH, YOU DIPSHITS?! These two have the memory of a goldfish!

Karamenah gets a bit to do in this ep, but Kolb doesn't, but he's more than background in this episode, at least! And Betty gets her usual screentime-almost as much as Smith and Petrie.

All in all, The Plague of Fu Manchu is a very good entry of this series!...
Posted by Chris Hewson at 9:31 AM