"You're lying, Chris! There was never a 'Jaws 5'!", you're probably thinking. And you'd be half right. Cruel Jaws is a Bruno Mattei film, alternately known as Jaws 5. For those who don't know who Bruno Mattei is, he was an Italian director who, along with Claudio Fragasso (most of the time) made dozens of exploitation films, from post-apocalyptic killer animal flick Rats: Night of Terror, to the totally shameless and totally fun Dawn of the Dead ripoff Hell of the Living Dead! He also made Terminator II in 1990, which was actually an Aliens ripoff, and this movie, Cruel Jaws, which is a ripoff of Jaws! So, 'is it worse than Jaws: The Revenge?', you ask-you'll find out soon enough!

[By the way, I saw this movie via Youtube, and the video had a symbol at the top of the sceen saying 'Wondershare'. So that'll be in all of the screenshots I've taken, just so you know]

The movie opens with a diver being killed by a shark. The film abruptly cuts to marine biologist Billy (Gregg Hood) and his girlfriend Vanessa (Norma J. Nesheim), who are driving into the coastal town of Hampton Bay. They go to the local aquarium, which is run by Hulk Hogan lookalike Dag Snerensen (Richard Dew) and his paraplegic daughter Suzie (Kristen Urso). Everything goes fine until Dag gets an eviction notice from the town's mayor. 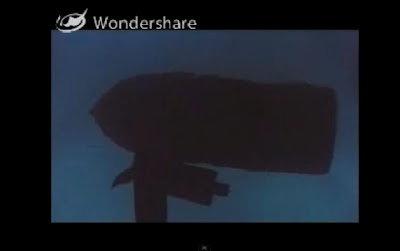 Later, two beachcombers find a mutilated corpse. The body is taken to a coroner and given an autopsy, which proves that the man was killed by a shark.

Sheriff Francis (David Luther) goes to Mayor Louis (George Barnes), and warns him of the shark. Louis ignores the warning, since it's the tourism season (sound familiar?), and there's an upcoming regatta. After Francis and Billy leave, the mayor talks with his son Ronnie (Carter Collins), and says that he's suspicious that the whole shark story is just a fabrication by Dag out of revenge from losing his aquarium. 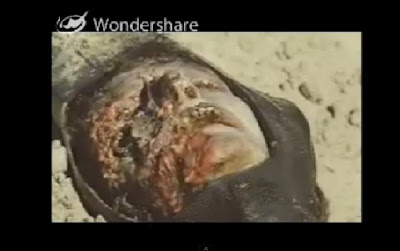 The film then cuts to a couple going out for a swim at 'nighttime' (there are the usual bad day-for-night failures, like the visible shadows, and the BLUE SKY!). In a scene that rips off the opening to Jaws, the girlfriend is eaten by the shark... Later, The mayor's daughter Gloria (Natasha Etzler) is going out with Dag's son Bob (Scott Sylveria). Midway through her date, Ronnie arrives, forcing his sister away and he and his goons bash Bob. 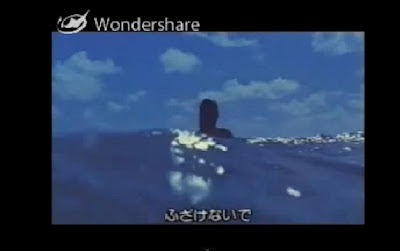 Ronnie and his goons go to the aquarium and try to poison the animals there, but they only manage to get a single poisoned fish in the aquarium before Dag patrols the area, having heard Ronnie and co. Dag finds Ronnie's bag full of poisoned fish and realizes what's happened. Later, he and Billy treat the dolphin, and it survives-I guess that even though this is a Bruno Mattei film, it still doesn't have any balls! 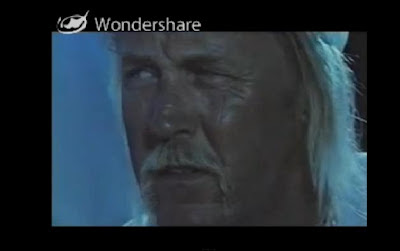 Billy is having trouble with his girlfriend, who thinks he pays too much attention to fish than her-and she says a hilarious line that could have only come from a Bruno Mattei film: "I want you to find the tallest skyscraper you can and throw yourself off, and then go fuck yourself!" The mayor decides to appease the sheriff and has safety nets installed at the beach. Later, Francis is on a lifeguard tower and is approached by a bunch of prick tourists, who have come to see the 'beach where that shark killed all those folks'. Later, a shark is found and killed by a guy in a helicopter, and taken back to shore. While everyone celebrates, Billy is unsure that it's the shark responsible for the recent carnage... 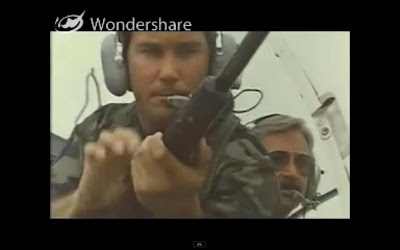 The regatta starts, and Billy is worried-"It's so strange, it's almost as if someone's trained him to attack and kill!"-so, it's a SHARK then! This guy's a marine biologist, and at times he acts like he's never seen a shark before in his life!

THE shark gets through the protective metal netting and attacks the regatta, causing a bloodbath. Ronnie and Bob are both nearly killed but they, along with many others, are rescued by Dag. 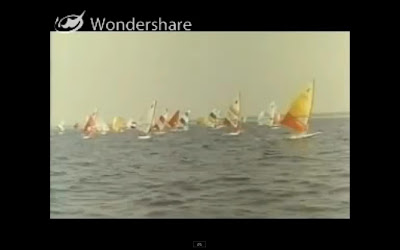 Next it's time to rip off Jaws 2! Ronnie and his friends leave in their boat, armed and ready to take the shark down, and as they leave, a 'familiar' bit of music play...Bruno used the Star Wars theme for this scene! They eventually find the shark, and Ronnie shoots at it (and keeps missing!), but he gets knocked in, and the woman on board shrieks while holding a jerry can of gasoline upside down. Anyone who's seen Jaws 2 knows where this is going! 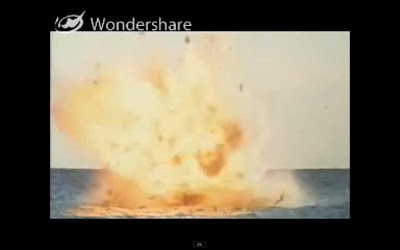 Francis breaks the news to Louis about his son's death, then goes to a helicopter, ready to take the shark down once and for all

And you can bet you life that he says 'We're gonna need a bigger helicopter'!... 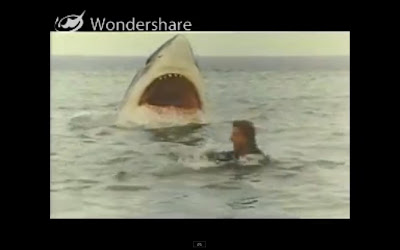 Jaws 5: Cruel Jaws a fun Jaws knock-off, although it suffers from the same problem as most shark movies. It has the same plot as Jaws! I am sick of seeing plots of shark films being about a shark menacing a coastal town, and a local and sheriff try to stop it, and the mayor is a bastard. Cruel Jaws gets some leeway from me though, as it's a ripoff, not just badly unoriginal.

I've only seen the first Jaws movie, so I don't know how many scenes Cruel Jaw rips off from the rest of the series. There are moments similar to the original movie, and there's an imitation of one scene from Jaws 2 that I do recognize, that I mentioned above. There's one Jaws staple that isn't in CJ, and that's the theme. Instead, Mattei uses the theme from Star Wars! More than once!

The acting ranges from pretty decent, to pretty bad, and some actors give clunky line deliveries. There are no particular standouts, or overactors in the film, which is a shame, but at least there's a guy who looks like Hulk Hogan and a guy who sounds like Brandon Lee!

The film is pretty unpredictable with its character deaths though, although there's one seen where Paraplegic Suzy is knocked fom her wheelchair, and the massive shark comes closer...and she's saved at the last minute. For a director with some dark, DARK film on his resume (including, but not limited to, the darkest nazisploitation movie ever!-Women's Camp 119!) the poisoned dolphin, and the little girl surviving certain death is funny!

Cruel Jaws is pretty overlong though, at nearly a hundred minutes, and it does drag in the second half. There's also a confusing plot point about a wrecked ship that the shark's connected to, that brought in right out of left field.

So in closing, Jaws 5 is probably better than Jaws: The Revenge, and it's worth a watch, especially for fans of Jaws, and Bruno Mattei.
Posted by Chris Hewson at 6:43 PM