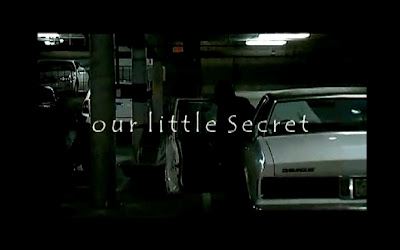 Well this was unexpected! A search for actresss Zette Sullivan on Youtube led me to a (short) movie she was in that wasn't listed in her IMDb filmography (which is comprised only of two films).

Who's Zette Sullivan, you ask? She was Jack (Jo) Deth in Trancers 6! Sure, Trancers 6 is mostly a pretty bad movie, but Sullivan is heaps of fun as Jo Deth! I guess I should go into a bit of detail on the Trancers (aka Future Cop) series. It's a Full Moon Entertainment series starring the awesome Tim Thomerson as Jack Deth, a cop in the future who hunts down (singes, as the movie sometimes calls it) Trancers, zombie-like people under the control of a crimelord, Whistler. Long story short, time travel exists in this series' continuity as going down your ancestral line, for example, Jack's [consciousness] is sent back inside his ancestor Phil's body. Jack is sent back to stop Whistler, who's planning something big for 1985... Five movies later and Jack Deth has singed Whistler, defeated Richard Lynch (R.I.P.), demolished Andrew Robinson, and travelled to a medieval dimension, killed the same man twice (twice! Whistler and Caliban!), and braved the Castle of Unrelenting Terror! 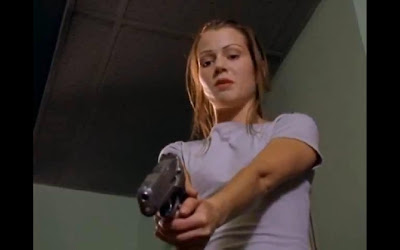 Then, in 2002 eight years after Trancers V, a sixth movie was made, with a micro-budget, bad special effects, and no Tim Thomerson! While the lack of the series' main stalwart does detract from an already not good experience, Zette Sullivan, in my opinion, did her best to replace him! 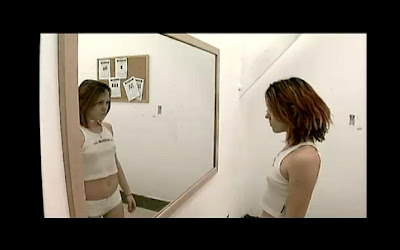 Our Little Secret focuses on Secret (Sullivan), a strange young woman being questioned by the police (Bryan Callen) about her possible run-in with a serial killer, and another questioning by a Dr. D (Gina Devetorri).

OUS is a short and confusing psychological film. It doesn't have much plot, and what plot there is isn't explained much. This works partly to the film's advantage, as it adds to the movie's mystique, but it also detracts, as I want to be less confused about what's going on. The film also ends pretty abruptly. 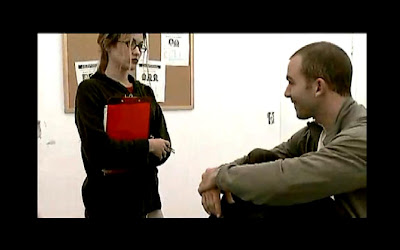 The direction by Clark Graff is good, nothing I had any problems with, and the acting all thoughout is good too.

And...I guess that's all I can say about Our Little Secret. I'm not use to reviewing short films. So is it worth a watch? Maybe, depending on how much you like dark psychological tales...
Posted by Chris Hewson at 7:06 PM