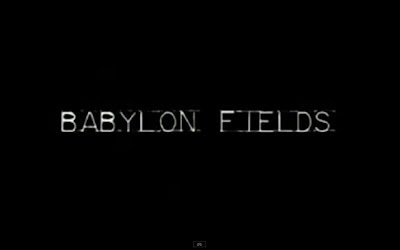 There have been many, many TV shows cancelled only a handful of episodes into their run. The cult Conan O'Brien-Adam West show Lookwell, that unfortunately only lasted one episode, the stale-joked Heil Honey, I'm Home, that fortunately ran for only one episode (although I really want to see the locked-off other seven episodes!), the Glee precursor Cop Rock, and many others. Babylon Fields is notable in that it lasted for no episodes before being cancelled! It was axed right before the first ep was due to air! 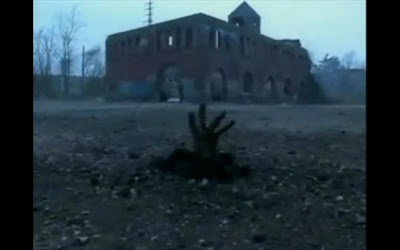 Babylon Fields centres on the sudden unexplained zombie uprising in the town of Babylon, and these zombie tear throught the town in a bloody massacre!...Just kidding, it's actually about the undead going back to their old lives and living as human-ly as they can...kinda like if Frankenstein was immediately accepted by the public, and the whole story was about him trying to get a well-paying job in the burbs! 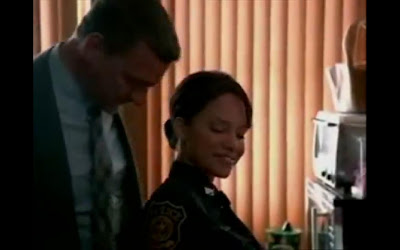 BF starts off with policeman Carl Triptree (Ray Stevenson...yes, that Ray Stevenson!) on the job and romancing his coworker Louisa (Leila Arcieri), and mother and daughter Shirley (Kathy Baker) and Janine Wunch (Amber Tamblyn) driving home from shopping. Carl is urgently called over by his sister Martha (), and he goes to her house. Meanwhile, Shirley and Janine arrive home and inside they see Ernie (Jamey Sheridan), their abusive husband/father. They run out, and see the streets are filled with the undead. 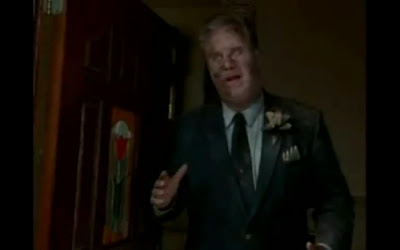 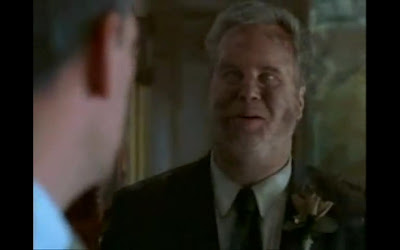 Carl arrives at Martha's house and is greeted by his dead (John Larroquette lookalike) brother-in-law, Dick (Adam LeFevre). Inside, Martha and Dick tell the unbelieving Carl what's happening, and he decides to check out the cemetery on Dick's instructions. 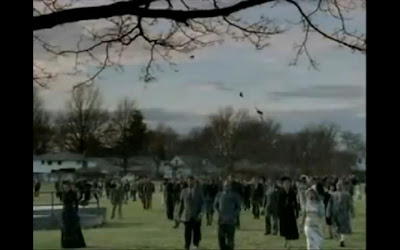 While Shirley and Janine drive around town, seeing hundreds if zombies, Carl looks around the cemetery for his dead wife Rebecca. Meanwhile, a sensible person is actually taking care of the zombies, Rhodes style! A family of strict catholics are shooting the zombies (who just keep getting back up) from their home, and they take in Shirley and Janine (Guy 1: "Just like the bible says, 'when there's no more room in hell, the dead will walk the earth'" Father: "That's from a movie!"-Guy 1: "The hell it is"-Guy 2: "Not even, it's from the poster!". Well someone hasn't seen Dawn of the Dead, and that someone is the writer of this show!). On the other side of the town, Churchgoers are being zombie-racist, until Carl and the church's reverend stop the anti-zombie mob. 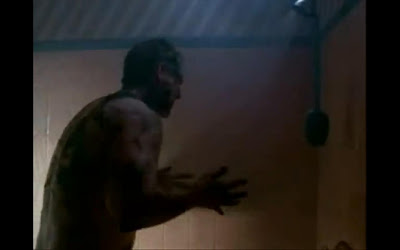 Carl goes to an abandoned military compound (I guess) and finds only Mattie, a soldier and friend. After a short conversation, he goes to his home to see if Rebecca is there.

Dick and Ernie have a zombie-chit-chat, and then Carl tries to remember how he died (the story going around town was that he ran off with a stripper).

While Carl has to go back to the station before he can see if Rebecca's home, Ernie breaks into a bar and starts to steal a case of beer when he's confronted by the armed bartender. Ernie scares the bartender, who falls backwards and accidentally shoots himself! (dumbass). Ernie eventually retraces his steps to where he rose from-a shallow grave in an industrial yard, with an axe blade that matches the mark on his head... 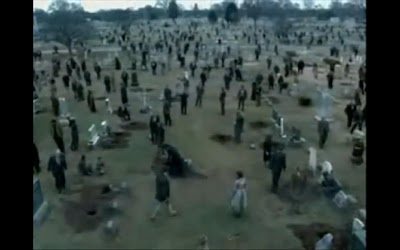 Babylon Fields is a show with an intriguing premise-what if all the dead rose up?-and it only partly does it justice. The episode isn't bad, and it has good acting, but it's pretty boring. Plus, it has a depressing feel to it. Whoever said this show is an apocalyptic comedy, I doubt they've ever seen a single frame of this show! It's not even a black comedy (although, according to actress Amber Tamblyn in an interview about the show she gave, it would have gotten elements of black comedy if it had gone on further).

One little negative is the soundtrack. It's good for the most part, but there are a couple of incredibly out-of-place rock songs here and there. Another strange thing, plotwise, is that all phones, TV's and computers are down. Why? The only thing that's happened is the dead rising from the grave-nothing's ever explained about why everything's gone out, or whether not it's the dead-rising or not. 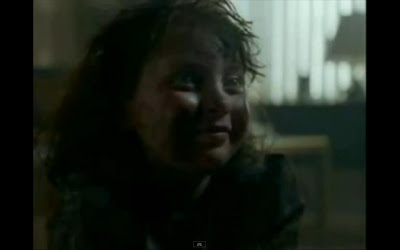 One thing I noticed is a possibly recurring symbol-crows. So...Brandon Lee caused the dead-uprising? Then where's Ernie Hudson?!

So, in conclusion, I don't recommend Babylon Fields unless you're in the mood for a melancholy and unfinished look at an intriguing premise...
Posted by Chris Hewson at 11:34 PM