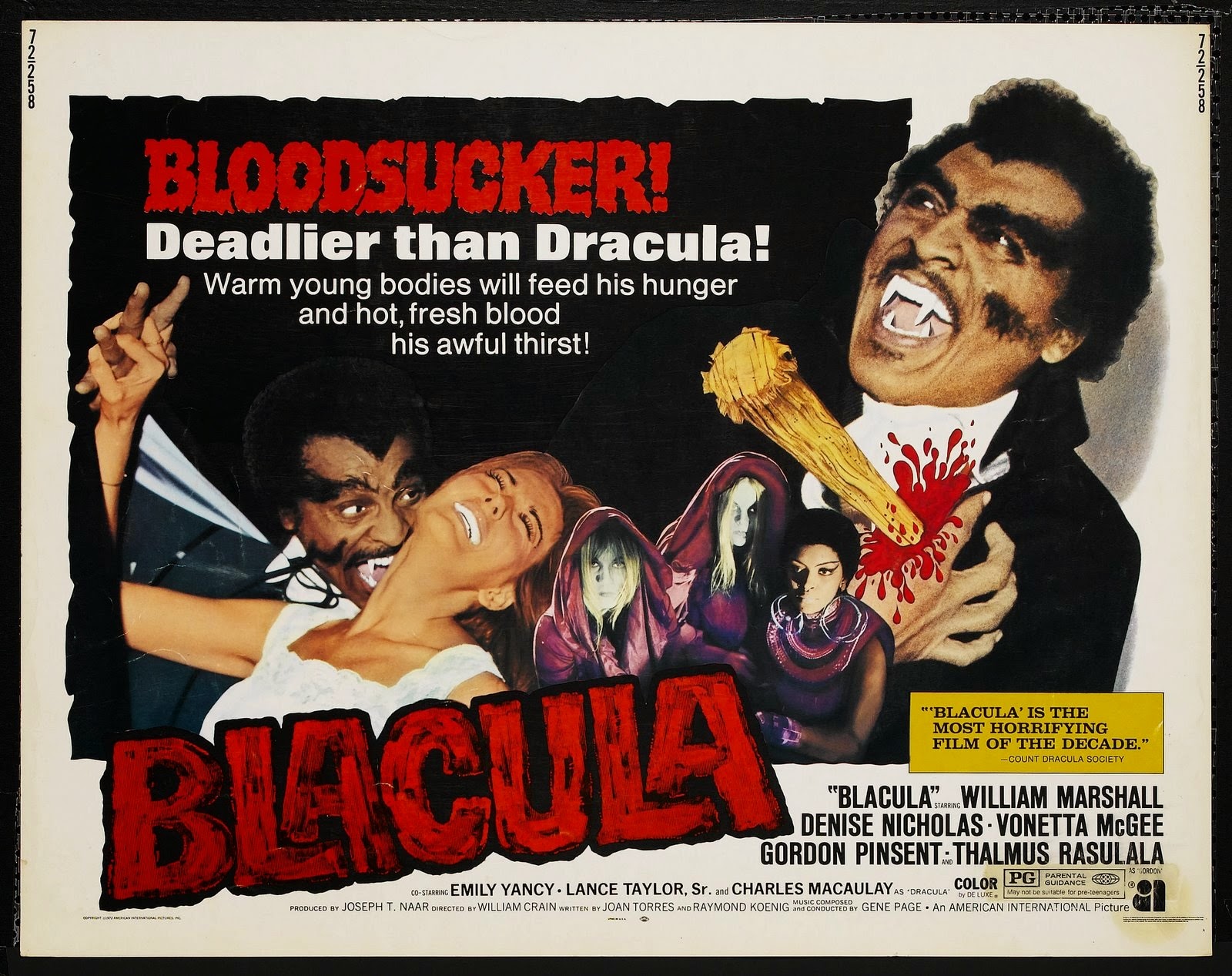 Back in the 70's, there was an influx of Blaxploitation flicks-Movies which featured predominately black casts. These films ranged from original material, to sort-of knock-offs, with entries such as Dolemite, Blackenstein, Black the Ripper, and Mr. Honky and Professor Jive!...Ok, ok, I'm kiddding on that last one. I made it up, because that movie's real title is so dull-Dr. Black and Mr. Hyde. That's so boring! While black and Drac rhyme, that one is just a lazy swap. Now, for me to start talking about the vampire whose bite was outta sight-Blacula!... 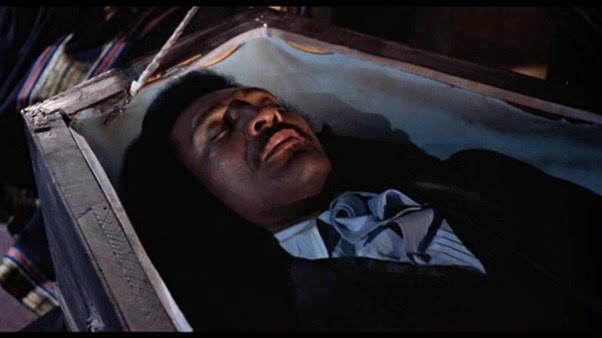 Dignified African prince Mamuwalde visits Count Dracula in Transylvania to discuss the potential abolition of slavery, but talks quickly fail when it turns out the count is racist. He detains M, turning him into a vampire-Blacula! He's entombed for hundreds of years, and his love is murdered. In the modern day, two decorators purchase Dracula's old castle, and take a coffin back to America. They soon make the mistake of opening it, and are turned into vampires by the coffin's inhabitant-Blacula. Now with free rein, the vampire goes roaming, quickly finding the reincarnation of his lost love. As he seduces her, it's up to Doctor Gordon Thomas to end the undead threat...

Surprisingly enough, the film called Blacula isn't a comedy! It's a dead serious horror movie! Despite issues, it's a decent vampire movie, and its pace is nice and brisk. The plot is simple, but the villain's got a decent drive and motivation. 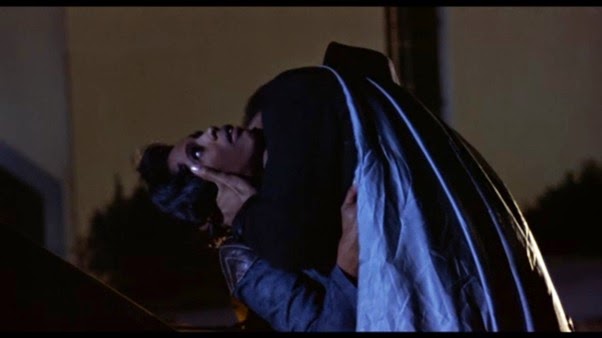 Blacula is a pretty good villain, thanks to William Marshall's performance. He's an intimidating antagonist with a bit of depth to him. Not a whole lot, and the plot could certainly stand to be fleshed out a bit more, but he's definitely not bad. He ain't no Drac-This bruthah does drink wine!

The rest of the characters in this movie are mostly tolerable. The lead, Dr. Thomas, is pretty useless, as he gets multiple people killed! He's absolutely pathetic at one point, where a cop is about to be bitten by a vampire. Lt. Peters is about to save the guy, but Thomas holds him back, saying "It's too late!". Well it is now, you fucking jerk, thanks entirely to you! 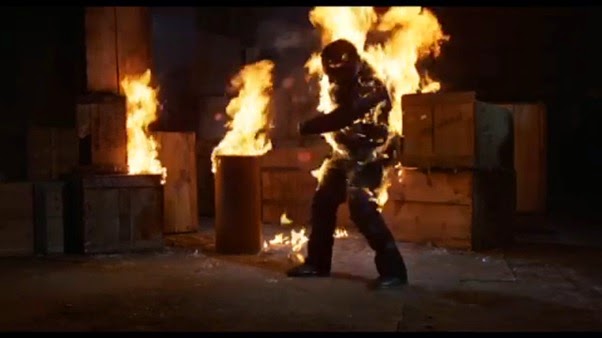 At first, the movie seems quite progressive for its time, as we've got a interracial gay couple, but this becomes a moot point since they're quickly killed, and is totally invalidated when the film's leads start using stick-bundling slurs.

Blacula is either an extremely dated film, or a neat time capsule. It really depends on what the viewer thinks. It certainly is a product of its time! So many afros! One thing's for sure though, the score certainly suffers for it, as I'll get into later. 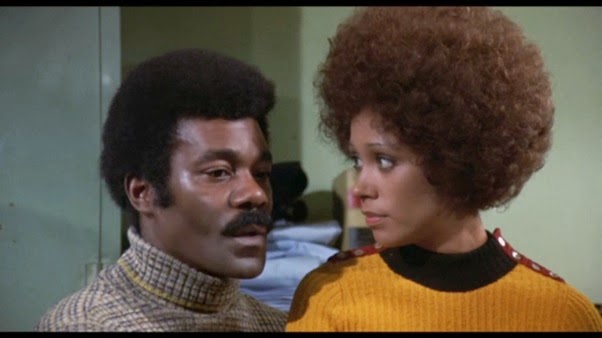 William Marshall has been thought of by many to be one of the most underrated actors of all time. He's a very Shakespearean actor, turning in a performance so much classier than you'd expect from a film called Blacula. One would think the titular vampire would be acting like a Wayans brother, or Dave Chappelle, but Marshall plays the role with charm and dignified villainy.

The effects in Blacula are middling. The vamp-out make-up for Blacula is decent, but the rest of the undead look pretty chuckleworthy. They're not quite terrible, but not totally convincing either.

Blacula's soundtrack is quite good, particularly with the main theme, however the score does get a bit too funky at times, completely ruining the mood. Wakka chikka wakka does not work for a serious vampire movie! Also a tad annoying are the musical numbers at the nightclub the film likes to frequent. 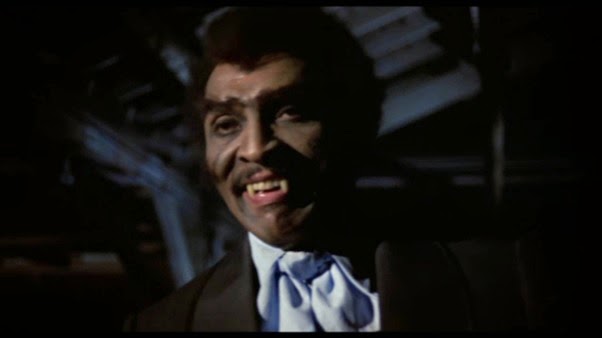 To finish, even if you're really in the mood for a horror film, Blacula will leave you wanting to watch Shaft, and you'll be pissed off if you don't happen to own a copy, but this is otherwise decent...
Posted by Chris Hewson at 7:19 AM