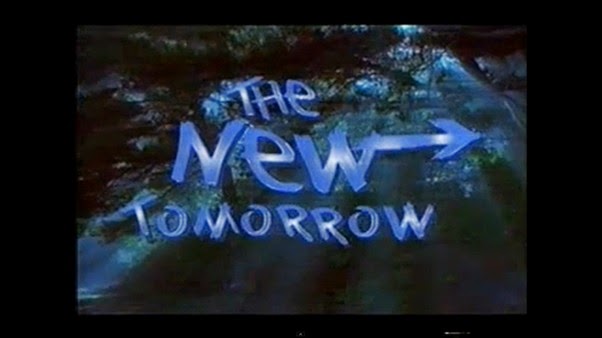 Say, do you dislike soap operas? Do you find them boring, and wish that someone would make a genre soapie, and then we might actually get one that's good? Well Dark Shadows proved that a horror-soapie is still a soap opera, with all the trappings and cliches. Next, you may think 'Man, wouldn't it be awesome if we got a post-apocalyptic soap opera!'. That too is sadly a bad idea, as evidenced by The Tribe...

The Tribe was a New Zealand/Canadian TV show set in a world where all adults have died, leaving the young to fend for themselves in a harsh new world. Lasting for a surprisingly short 260 episodes (as opposed to 12,000), The Tribe was quite popular, but simply had to end once the producers realized their actors had now visibly become adults, therefore negating the entire point of the show. Two years later, a sequel was made, called The New Tomorrow... 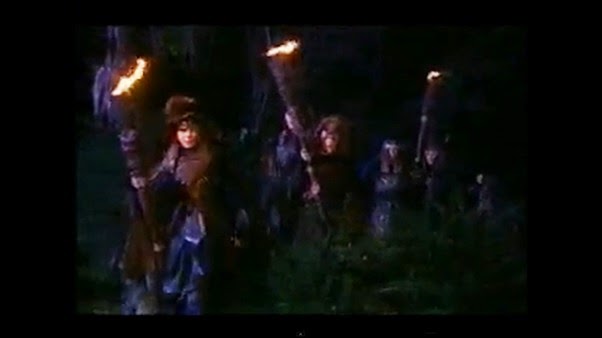 In the far future, civilization has fallen, and all adults have been wiped out by a virus, leaving only children as survivors. Hundreds of years after the apocalypse, the virus is long since dead, but other ancient threats still abound, such as a group of mysterious patrolling machines in the area known as The Forbidden Zone. The new society is made up of various tribes, such as the Ants, the Barbs, and worst of all, the Privileged (Privs) and their Warps. While the Ants and Barbs are peaceful farmers and hunters respectively, the Privs are greedy conquerors, who want to expand their empire by taking over the neighbouring tribes. Now the Ants and the Barbs, two tribes with no love lost between them, have to team up to fight off the oncoming threat...

The original Tribe was a miserable show. I found it to be stupid and maudlin, with mediocre to terrible acting. As for The New Tomorrow, I hated it back when I saw it in 2005. From the acting to the story, and everything else, stupid young me thought it a horrid little show. But is it? No, actually, it really isn't!

Rather than focus on teens like its predecessor, The New Tomorrow was instead about actual kids, and this is a problem at first. The show seems optimistic that kids will be smart enough to set up tribes, customs, and agriculture, and preserve knowledge and language, following the apocalypse wipes out all adults. I suppose that is plausible, but seeing these kids all act as adults, especially the villains, who look so unthreatening at first, come across as impossible to take seriously. However, the show takes everything seriously, and because of this, as well as the good characterization, we begin to buy the age of these characters, their roles, and their intelligence. 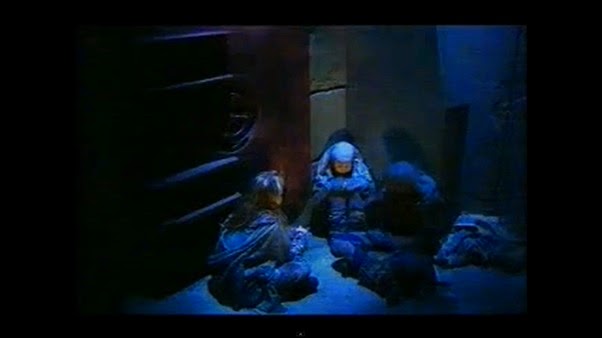 The New Tomorrow is a very well-written show! It builds up its world really well, thanks to the numerous factions and their relations with each-other, the interplay between the villains, and the compelling and intriguing mystery about the malevolent machines that roam the Forbidden Zone. The religion in the show is also well-handled if you ignore the huge and maddening continuity errors it poses in regards to the original Tribe show. It brings a level of depth and darkness to the show's universe, and an impending sense of possible armageddon. Overall, The New Tomorrow has complex themes for a kid's show, such as war, which brings a genuine sense of tension and urgency; and religion, which gets both dark, and twisted at times, which is a mature subject for a show for ten year olds! 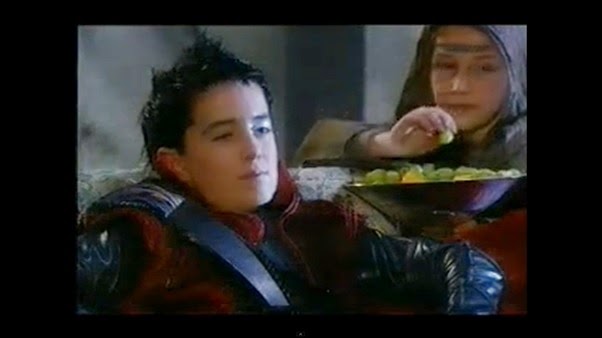 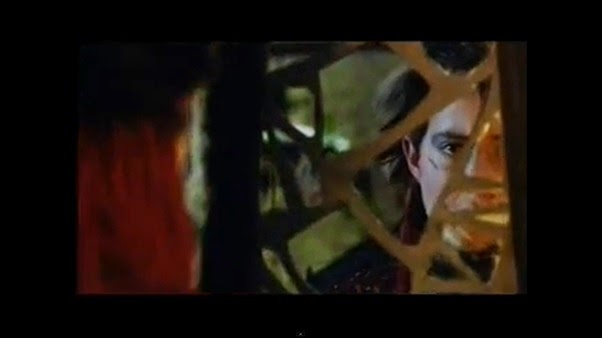 To compare this to its prequel, this show is miles better than The Tribe. The plot is a lot simpler, and more complex because of it, whereas from what I remember, the original Tribe show had too many plots, and was overcomplicated. The New Tomorrow is also a lot more positive, and thus true to its title. This really is a new tomorrow, and these protagonists are a hell of a lot more effective than the stupid Mall Rats.

Now let's get to the cast of this show. The characters in The New Tomorrow are all different and distinctive. For some, it takes a little while, and some can be annoying at times (for example, Omar will piss you off a lot at first, and you'll want Erin dead A LOT!), they genuinely evolve, and have a lot to them. The show also doesn't take the easy way out. For example, with the character of Gwyn, you'd expect her to be a Priv spy at first, then eventually realize the error of her ways thanks to her newly found brother, and the kindness of others, as she's just a meek former slave, but that doesn't happen at all, and Gwyn becomes quite a villainous and duplicitous character! 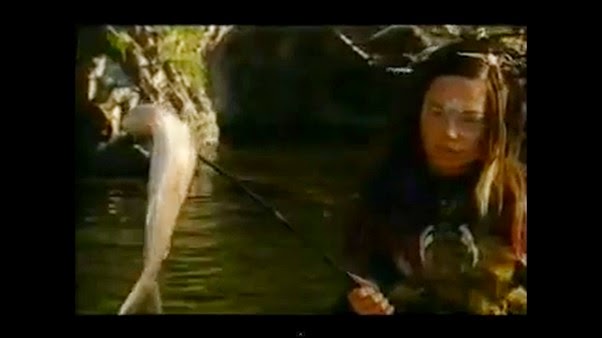 Unfortunately the ending to The New Tomorrow is rushed, due to its cancellation. It's not poorly done, it's certainly passable, and these character changes from the villains feel natural, but in one case, it feels like this should have happened after a longer passage of time. However, I am glad that the writers had the decency to genuinely wrap up the show. The show's still open for more adventures, of course, and the machines are still a mystery, but the series doesn't just end with a random episode, or a finale that accomplishes nothing. Ultimately, there are 26 episodes of this show, and it's certainly enough.

The effects in The New Tomorrow are very good! The village sets are well-made, and the Priv stronghold looks very fitting. And then there are the machines, which are well designed, and the sound effects for them gives them an eerie feel.  One amusing thing about this show is that despite the apocalypse, and the long passage of time, there's still more than enough hair dye and gel to go around, apparently, because every kid in this show has slicked-up hair, and multiple highlights! And then there's the face dye! Finally, one aspect to this show does feel unforgivably cheap-The establishing shots. Whenever the show cuts to the Priv camp, it keeps showing the same couple of establishing shots again and again. It's insane! Thankfully these begin to be phased out at the halfway point, and are replaced with newer, and more numerous ones. 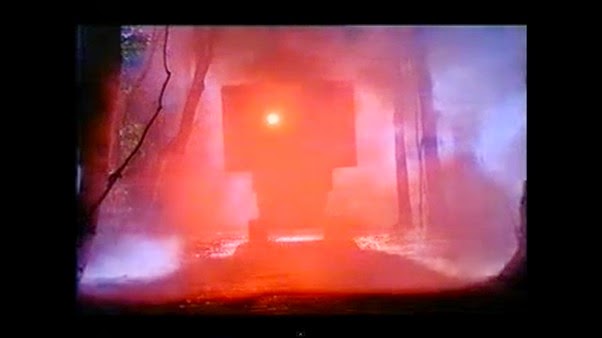 The New Tomorrow is just barely connected to the original Tribe series, and the continuity is really off in many respects. For a start, where the hell are all the adults?! In the original series, it made sense, because the apocalypse had just happened and wiped the adults all out, but The New Tomorrow is set at least a hundred years in the future!

What's really a problem is that Bray and Zoot are elevated to god status in the eyes of everyone. Why is this a problem? Well, Bray and Zoot were characters from the original series, and they sure as hell weren't gods! They were just people! Assuming that these kids are the descendants of his bunch, how did their history get so damn corrupted that they thought Bray was a god who would return one day, as opposed to just some guy? And why have they cast Zoot as the evil god of their society? Zoot was an anti-villain who died in Season 1 of The Tribe. Now, stuff did happen involving worshipping him in later seasons of the show, but it was stupid there too, because Zoot was just some guy who died! He really wasn't as important as either the Zootists, or Mega thinks! He only died eight episodes in, leaving no time for him to make any kind of impression! Either way, Zoot was NOT that much of a bad guy, yet the characters in this show paint him as if he was a vile god of evil!

Hearing the Ants constantly worship the 'almighty' Bray is annoying as he was such a useless protagonist. He always screwed up! Hell, he didn't even succeed in stopping the mini second apocalypse at the end of The Tribe! And the fact that the machines exist just goes to show how useless Bray is! The Mall Rats were losers! 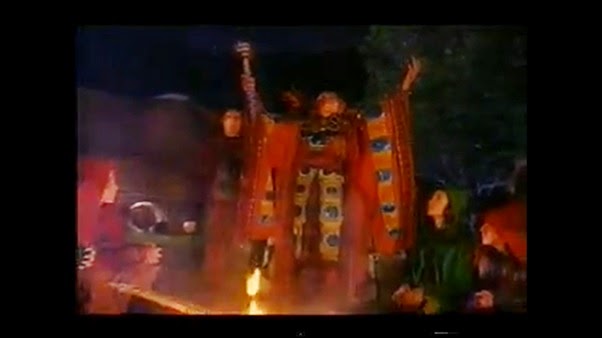 The acting in this show doesn't seem to start off well, and some performances are worse than others at first, but overall, the actors in The New Tomorrow do a really good job!

The scoring in The New Tomorrow is really good! The main theme is good, but too short (a longer version is played at points in the series, but not very loud, as it's just incidental music. On that note, unlike the original Tribe series, the people behind The New Tomorrow actually knew how to balance sound), while the other tunes are really good, lending greatly to the feel of the show.

The New Tomorrow is Conal Cochran's worst nightmare, and a great show for everyone else! As far as I know, there's no DVD release, but the episodes are all on Youtube, so you could watch them there. Unfortunately, they're in low quality, and most of the videos have huge (and glaringly incorrect) subtitles, as well as extremely intrusive sign interpreters, and digital interference. Long story short, if there already isn't a DVD release of The New Tomorrow, I hope there is soon, because it's a show that really deserves one!...

This post is for The Shortening, a blogathon set up by Emily of  The Deadly Dolls House of Horror Nonsense.
Posted by Chris Hewson at 10:57 PM