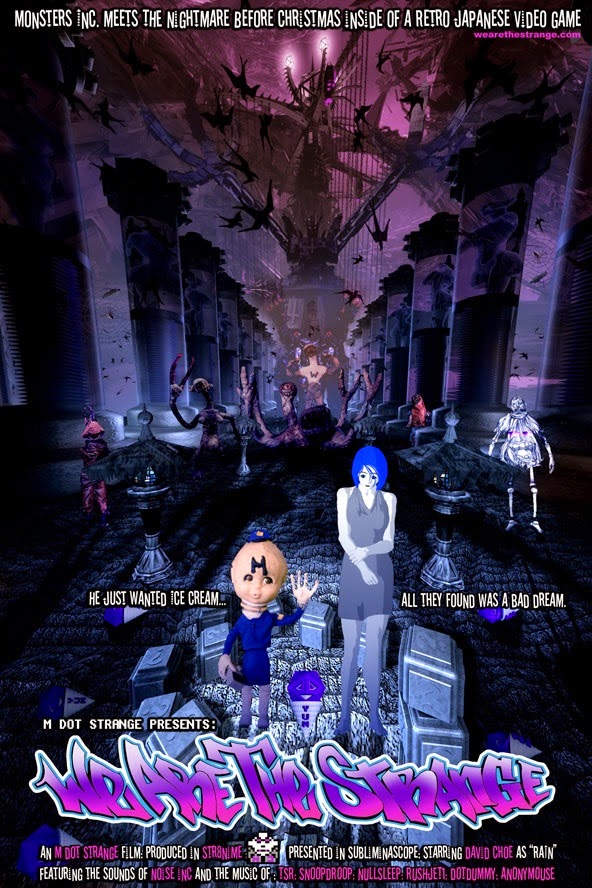 I've seen a lot of really weird things in my day, and quite a few of them have been underwhelming. Today's film, however, was not! We Are the Strange is a 2007 animated movie by indie filmmaker M Dot Strange, and has gained a sizable following and much praise, especially after it aired at the Sundance Film Festival...

In a bizarre and morbid world, monsters roam the land, and a collection of characters cross paths on their various quests. eMMM the dollboy is just looking for some ice cream, while Blue is despondent over an apparent disease which turns her skin scaly whenever she opens her mouth, or even smiles. The two end up palling up together, and elsewhere, the vigilante Rain and his paper sidekick Ori fight to protect the land from the horrible and violent creatures that inhabit it. The worst  of all is Him, a slimy sleazoid despot with a most sinistarrrr side... 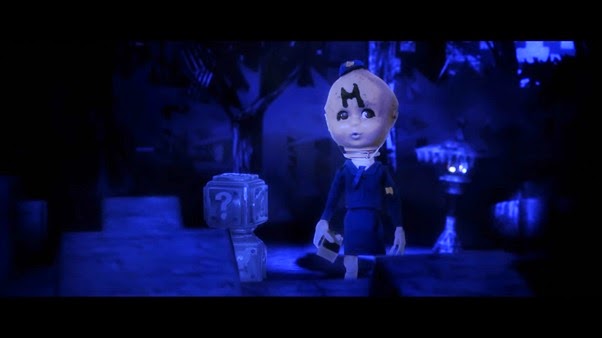 We Are the Strange is a very niche movie. There are probably many who won't take to its utter insanity, and that's fine. As for me, I'm on of the strange people who get a kick out of movies like this!

We Are the Strange doesn't really have much of a plot, but is rather just a progression of scenes that all come together in the end. Thankfully the lack of story doesn't detract from the movie, or make it boring. As for what story there is, it reminds me of Lexx in a way, given We Are the Strange's surreal and dark setting, where a series of strange and varied protagonists end up together in a huge fight against a completely evil enemy. 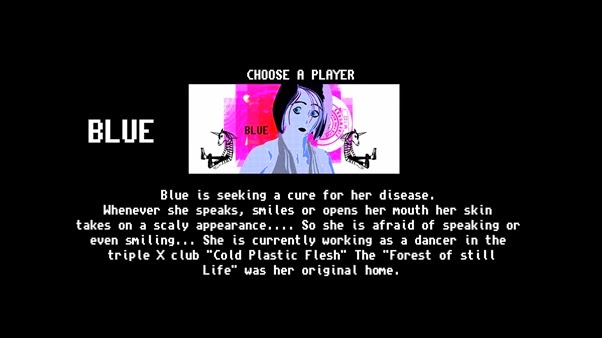 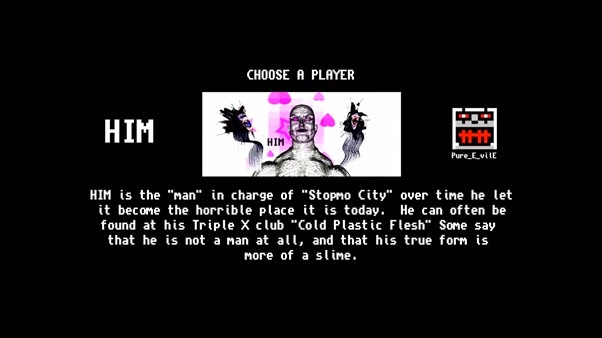 True to its title, We Are the Strange is a very bizarre movie, and the weirdness feels natural. It actually has a place in the film, and its insane world, and isn't at all forced. This is a unique and distinctive movie, and if you're looking for something strange, this'll certainly fit the bill and then some!

This movie is heavily inspired by video games. The film's aesthetic, from sound, music, graphics, as well as plot devices emulate video games of various sorts. And then there's the neat framing device of the movie itself being a game, where after a character select scene, we 'choose' Camera, which passively and invisibly views the action. 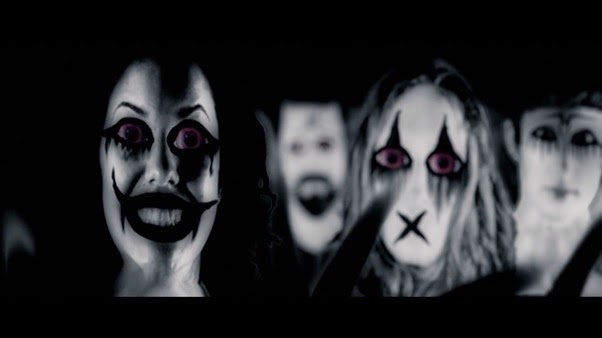 The look to We Are the Strange is great! There's animation of the 2D and CGI 3D variety, claymation, and stop-motion. Not only is there all that, but the animation is arranged and presented in many different ways over the course of the film. Not all are successful, but for the most part, the different styles mix well, and don't feel out-of-place together, which is a damn impressive feat!

We Are the Strange's soundtrack is integral, given the large absence of dialogue, and thankfully it carries the film well, providing a lot of atmosphere, and plenty of neat tunes. This ooky world wouldn't be nearly as effective if not for the scoring. 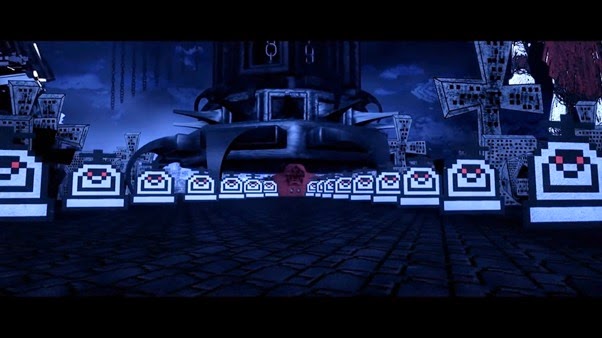 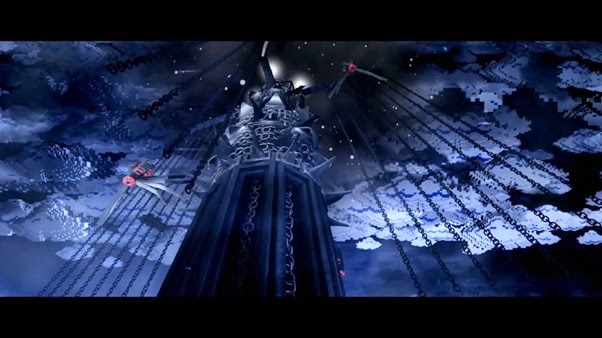 The acting here is quite good! There's not much of it given the largely dialogue-free nature of the film, but what there is is great, from David Choe's tough guy Dirty Harry type voice with Rain, Halleh Seddighzadeh as the emotional Blue, and the evil Him, voiced perfectly by M Dot Strange himself. 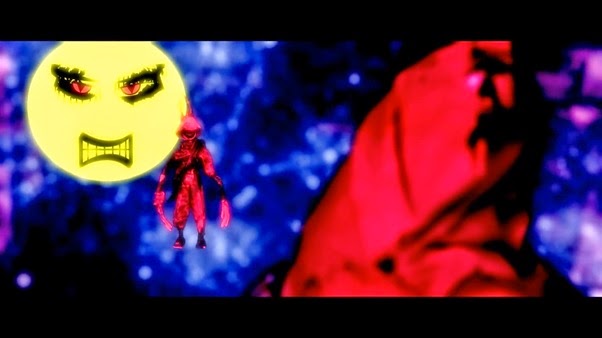 Now onto some negatives. The choreography in the final fight isn't all that great, and the film wraps up too quickly. There are a couple of moments here and there where the movie's weirdness just feels stupid and forced, and worst of all, if you're an epileptic, We Are the Strange will probably kill you! There's way too much flashing, and not for any real reason other than "Ooh, shiny!".

We Are the Strange is a divisive movie. Some may enjoy it, while for others, it's simply not their cup of tea. If you're of the former, I highly recommend this movie! It's only a Youtube watch away (put there by M Dot Strange himself), so if you're keen in an insane sci-fi animated movie, look no further!... 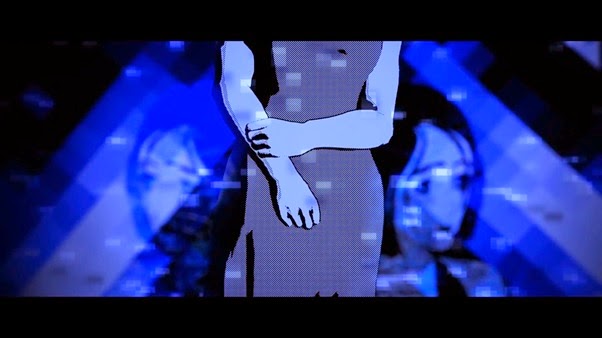 This post is for The Shortening, a blogathon set up by Emily of  The Deadly Dolls House of Horror Nonsense.
Posted by Chris Hewson at 7:52 AM