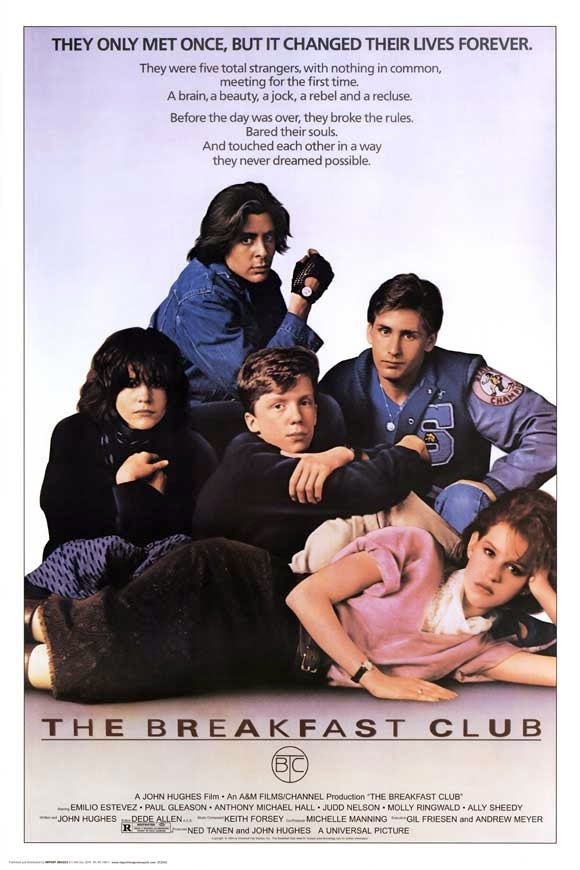 I remember when I first saw John Hughes high school classic The Breakfast Club. It was in high school, and pretty much the only halfway decent memory from that place. Not that it was terrible, but rather just extremely boring. Teenagers are of course dicks, so I just spent my time casually ignoring everybody in sight, and keeping entirely to myself, staying quiet to the point where some classmates showed surprise when I occasionally talked.

The Breakfast Club, like all big John Hughes movies, is one of the most iconic films about teenagers and high school from the 1980's. Even today...especially today, it's still one of the best (if not THE best) high school movies of all time!... 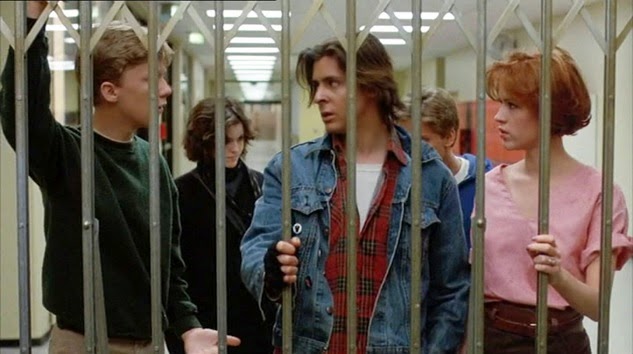 Bender, Andrew, Brian, Claire, and Allison are five teenagers in Saturday detention. They have to spend their 8-hour sentence writing an essay on who they think they are, but instead fool around, and start talking with each-other. Sometimes they snap, other times they open up, and come the day's end, this rebel, jock, nerd, princess, and basket case are going to be a lot closer...

The Breakfast Club is an intelligent film, focusing on themes of teenage stereotypes, growing up, sins of the parents, and personal change. It does a great job, and not one conversation is mishandled in my eyes! However, some think the teens here don't talk like real teenagers, but rather like adults. Do I think that too? Well, that's true in some places yeah, but hey, great dialogue is great dialogue...I guess.

The teenage stereotypes The Breakfast Club analyzes are all spot on! The film's characters are extremely identifiable, and chances are, you'll see yourself in one. For me, it's Allison. I wasn't totally like her in high school, but there are definitely similarities. 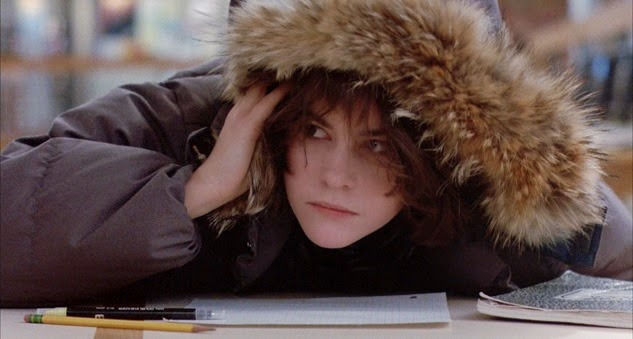 There are a lot of small moments in this film that are handled really well, from the opening character introductions (Allison's in particular), Principal Vernon's small supblot, which provides a counterbalance to the problems the teens are facing, and then there's how we don't see Vernon's reaction to the Breakfast Club note at the end. This allows the audience to interpret that part of the story how they see it.

The Breakfast Club isn't set in real time, but it is set exclusively inside a school-mostly the one room-and is only of people talking. The fact that it's not only a great movie, but that it can hold the attention of teenagers so much is nothing short of amazing!

I only have one problem with The Breakfast Club, and I think you know what it is already-The marijuana scene. It's pointless, stupid, and downright absurd! It paints the leads in a poor light, and contributes nothing to the story. I don't even find it to be all that funny, and it feels out-of-place!

Rather than just doing the uninspired, potentially lazy, route of using a bundle of licensed material like you'd expect from a teen movie, The Breakfast Club's score is very interesting! It's predominately a new wave soundtrack, and a very good one! The instrumental pieces are soft, and fit in perfectly with emotional scenes, while Karla DeVito's We Are Not Alone is a neat party song, and Simple Minds' Don't You Forget About Me is a fantastic main theme! 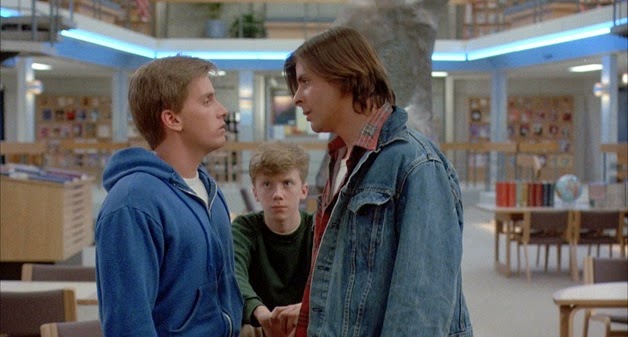 One thing that really annoys me to do with this film is a tagline used on certain posters-"They only met once, but it changed their lives forever". Now, while some believe that the five leads will become permanent friends, others interpret the film's message being that they can't, due to their cliques simply not allowing for the possibility. Taking that latter point away from the film is acceptable, as everyone's going to have different interpretations of what they see. What isn't acceptable, however is flat-out saying that's what happens on the damn poster! So much for ambiguity! Also, it doesn't help that the tagline is just non-factual! They have met before, and at the very least, they'll see each-other again! This isn't graduation day!

The Breakfast Club is one of my favourite high school movies, and the same goes for a lot of other people. I can't recommend this enough!...
Posted by Chris Hewson at 8:13 AM