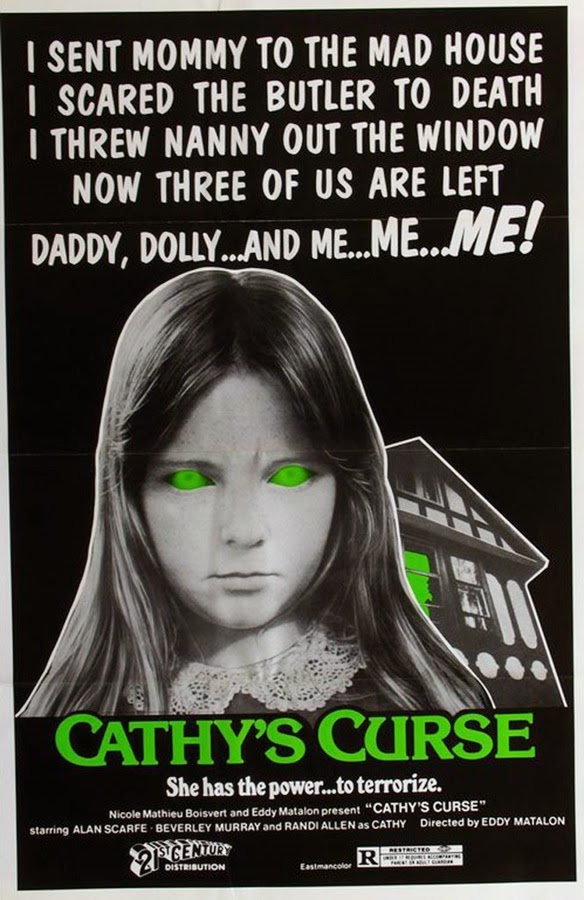 When it comes to horror films of specific genres, I like to know the benchmarks. For example, Silence of the Lambs, Psycho, and Texas Chainsaw Massacre are the benchmarks of movies based on Ed Gein, and, in the case of tonight's film, Cathy's Curse is my own personal benchmark for killer kid movies... 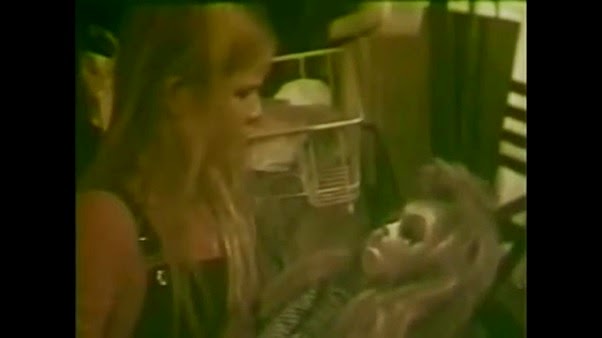 In the 1950's, a mother has left her husband, taking her son along with her, leaving her daughter behind. The husband, furious at his wife, and all women, takes his daughter with him to look for the runaway half of his family, but is caught in a car crash, and both he and his daughter are killed. Decades later, the son is all grown up, with a wife and little girl of his own, and he and his family go to live at his old home. His daughter Cathy goes rifling about in the attic, and she finds an old doll, which takes possession of her. Cathy, now misogynistic and murderous, the possessed Cathy tries sending her nervous wreck of a mother to the nuthouse, and kills anyone else who comes between her and being with her father...

Cathy's Curse is a hilarious horror film, with many quirks. This probably isn't what you'd call a good movie, but it's highly entertaining, due to its numerous amusing qualities.  Either the film is a bit dense and unintentionally funny, or the filmmakers knew exactly what they were doing, and Cathy's Curse is a lot smarter than people give it credit for. 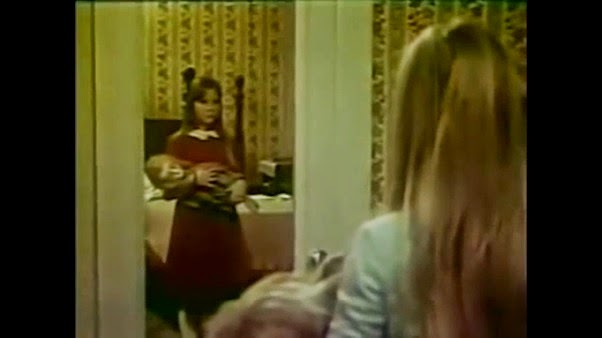 If we look at the plot on its own, it's ok. The pacing is decent, we get many ooky scenes, and deaths, with a neat conclusion. Cathy's Curses quirks really do add to the movie. If you were to make it as a good movie, and take away all the goofiness and 'so bad it's good' stuff, you'd end up with just a painfully standard by-the-numbers possession movie.

The dialogue in this movie is hilarious! Hearing young Cathy spouting mean misogynistic remarks is highly amusing, and helps the film stand out from more cliched fare-"All women are bitches. Repeat!". Then there's golden lines like "Well, if it isn't the great Medium herself. Medium?! I'd say more like an extra rare piece of shit!" 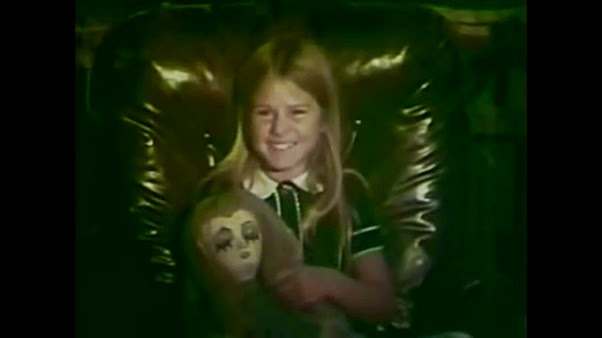 There are plenty of unintentionally (I think) funny moments in this movie, such as when Cathy hurls her bowl halfway across the room, and the babysitter just innocently assumes the girl accidentally dropped it! What's even funnier is when she cleans up only a couple of big bits of broken china, leaving the rest of the shattered mess there, then says with complete sincerity "There, it's all done"! And then there's how Cathy's teleportation doesn't serve to mystify her mother in the slightest, but rather just pisses her off.

If I were to have any genuine problems with Cathy's Curse, it'd be the climax. For the whole movie, it seems pretty clear that Cathy's being possessed by the evil father, but in the last few minutes, she's possessed moreso by the daughter. Huh? What's going on?!

The acting in Cathy's Curse ranges from good to bad. Randi Allen (Cathy) is by far the most entertaining actor in the movie, getting many amusing moments, delivers her lines with a hilarious touch, and is great at being evil. Hearing a little girl saying lines like "Make us laugh, you filthy female cow!" is just so enjoyable! 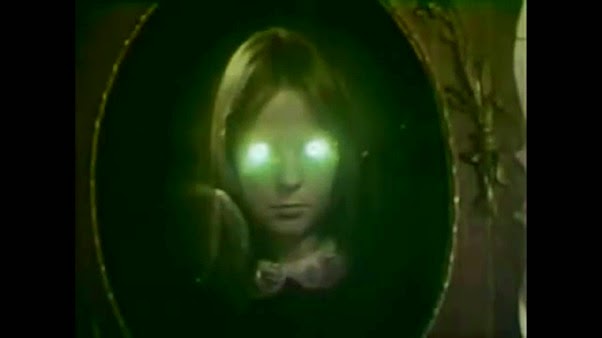 The score here is over-the-top, but does the job decently enough, providing the film with an extra layer of camp charm.

The effects in this movie are ok, but I hesitate to call them good. Not because I think they're bad, but because it's hard to tell given the film's low quality. Cathy's Curse is a Public Domain movie, and the only English prints currently available are low quality. Fingers crosses we get a remastered HD DVD soon! Hey, it could happen! After all, we got one of Bloodlust! Thankfully, there are higher-ish quality copies available, and on Youtube no less!...Unfortunately they're in French and Spanish, respectively, but hey, we should be glad for small favours! For reference, the French title is Une si Gentille Petite Fille, while the Spanish one is La Maldicion de Cathy. 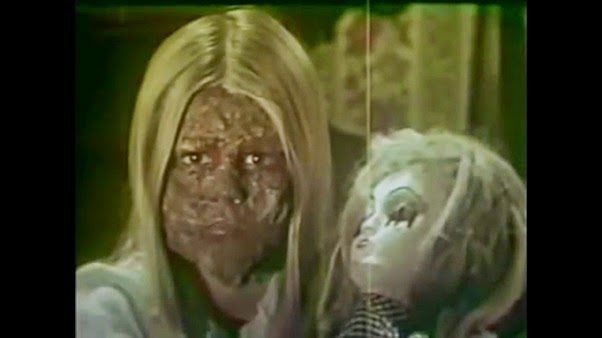 The jury's still out on whether Cathy's Curse is a 'good' movie, but it's certainly an entertaining one, and I highly recommend it! You're sure to get a huge kick out of it!...

This post is for The Shortening, a blogathon set up by Emily of  The Deadly Dolls House of Horror Nonsense.
Posted by Chris Hewson at 8:01 AM