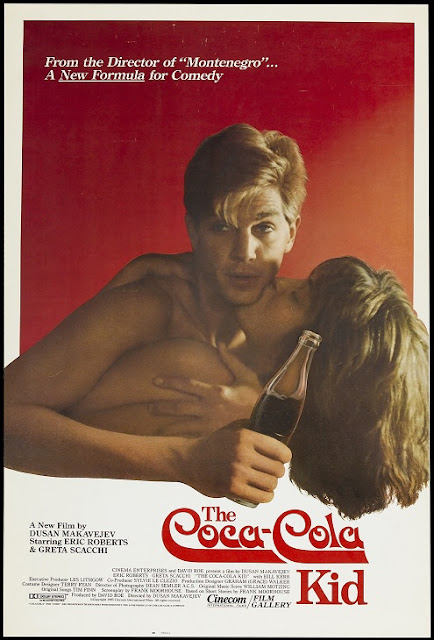 Yugoslavian director Dušan Makavejev was known for his surreal and transgressive movies, and he has the dubious honour of being too much of a communist for Yugoslavia, and was exiled for being a dangerous influence, and making 'sexually deviant' films. With this in mind, you're probably as surprised as I am that he took a trip to down under, and shot a conventional rom-com!... 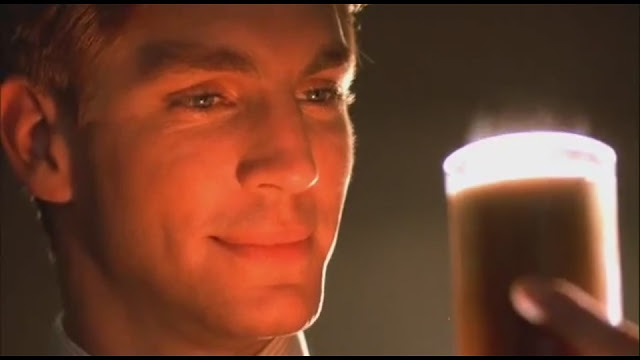 Becker is a troubleshooter for Coca-Cola. Considered a business whiz and a prodigy, the higher-ups of the Australian branch are warned of his arrival with headquarters stressing to let Becker do his own thing, as he gets results and then some. As he looks on a map, he sees a spot with no sales, and finds Anderson Valley. It's a small town controlled by a single man. He runs the shops, hotels, schools, and most importantly the local bottling plant, which sells his own soft drink. His eye set on selling everywhere, Becker will stop at nothing until Anderson Valley is flowing with Coca-Cola...
The Coca-Cola Kid gets off to a strong start. It introduces us to an eccentric main character, and sets up all the pieces of the plot well, leaving us interested where it's going. 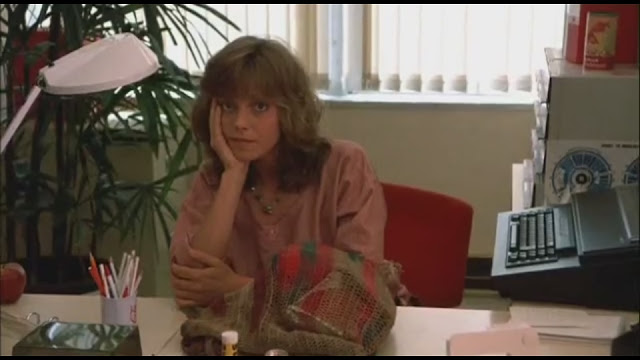 The main focus of the movie is that of business imperialism. As Becker says, "The world will not be free until Coca-cola is sold everywhere". It doesn't matter if profits are good for them, profits must always be better, and it doesn't matter if this random small town in the middle of nowhere doesn't sell Coke. Make them buy it for breakfast, lunch, and tea. They basically invade a country, fill it with millions of identical products, and often put local family companies out of business.
The people behind this movie never actually sought permission from Coke for licensing, but the company didn't mind and allowed it because the movie was such a good portrayal of them. One has to wonder what they must be hopped up on, because it's a pretty scathing indictment! But then again, it's scathing in that it simply shows what they are. They probably watched this representation of them at their typical worst and it never occurred to them that they were watching anything bad. 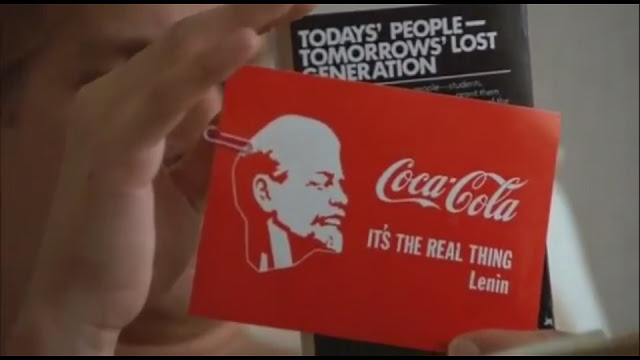 Besides all this, we've also got the romance story between Becker and his loopy assistant Terri, who's always getting into some sort of hijinx, be it leaving her things lying around everywhere, hiding in the freezer [for no discernible reason], or for her extremely public brawls with her ex. She also comes onto Becker like there's no tomorrow! Down, girl, take a cold shower!
Where Coca-Cola Kid falters is that these two halves feel a little disconnected. It's not their presence I mind, as you could easily devote half of the movie to each, and they are interconnected. But the movie as it is just doesn't do the best of jobs, as either subplot will disappear for 20 minutes or so and be completely forgotten. This can be explained when you lean the movie is based on two different short stories. 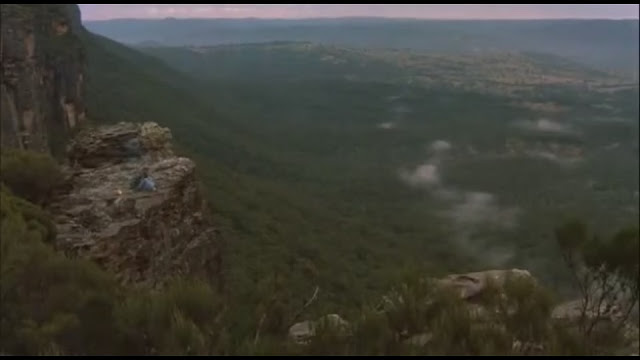 The characters are a weird mob! Becker is a protagonist who confuses just as much as he entertains. I think the movie perhaps could have showed us a clear example of why his bizarre ways are so effective, because as it stands we have to suffer through the whole movie wondering why this larrikin is so damn hot when all he's doing is trying to sell coke in a tiny outback town. I kept a sharp eye waiting for the big Aha moment when all his eccentric machinations would come together, and you'd realise what a genius he is, but it never came. Besides that he get some good moments. His interactions with the daugher are the most  and he shows a surprising amount of emotion.
Terri is a character no doubt meant to be quirky, but soon shows herself to be more crazy than anything. She hides in freezers, hits people with dinner plates, and seduces Becker in such a ridiculous and slapper way. You begin to wonder if she is fit to be a mother or not! Although at least her daughter has turned out well-adjusted, despite becoming accustomed to a bodypainted mother and drunk father beating the crap out of each-other. 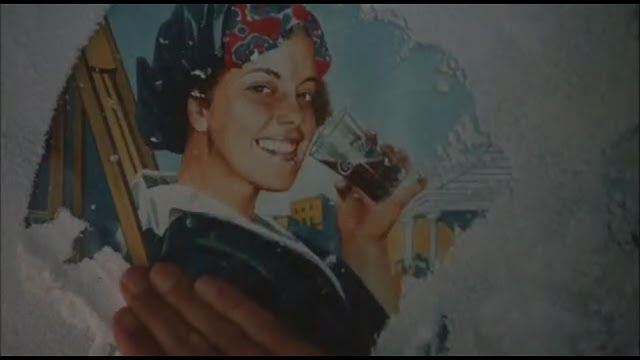 In one of the film's weirder moments, Terri cajoles Becker into being invited to a dance party, and has drag queens come onto him, and snap up photos of this. Why? No idea, it's never mentioned again. I didn't understand, and it just felt a bit unpleasant really.
The ending feels strange. It doesn't feel like an ending at all. The characters are just doing this, just doing that, something happens, and the movie stops moreso than it ends. I wasn't sure what I was supposed to think. What happened to Becker's job? Or to Anderson Valley in the end? There's also a strange text card at the end, which some interpret as an apocalyptic foreshadowing, but it'd make far more sense to be referring to Cola wars. 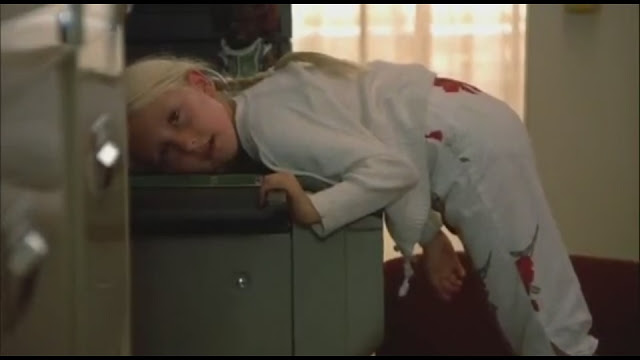 The acting is good all round, though not without faults. Eric Robert's performance is a bit weird. Good weird some of the time, but for the most part something felt a bit off, I'm not sure. Tell you what, the role would be perfect for Tom Hanks! I think that would have gone a way to making him more endearing. The Southern charm would have felt more . Greta Schacchi is good in her role, definitely visually distinctive, but does too good of a job in making her character act crazy. Bill Kerr does an amusing job, playing a barmy character his own way. And lastly, the diminutive Rebecca Smart is an adorable presence as the daughter! The rest of the cast are all fine, made up of a few familiar faces to Aussie theatregoers.
The direction by Makavejev is pretty neat for the most part, with many cool shots, and a great showcasing of Australian nature.
The music here is pretty neat, with a fun main theme that mixes together some didgeridoos with modern (80s) pop, and it really works! The sound mixing is poor in a couple of scenes, such as the loud factory and nightclub. Characters speak, and we're meant to understand what they say, but it was barely intelligible at all. I was like "WHAT? WHAT? SPEAK UP!" over the din.
While the film may have many issues, there is one thing I'll say in its favour-It's an Aussie film! Dušan may not have been from around here, but he understands us far better than the Americans ever have, so he's bloody tops in my book! 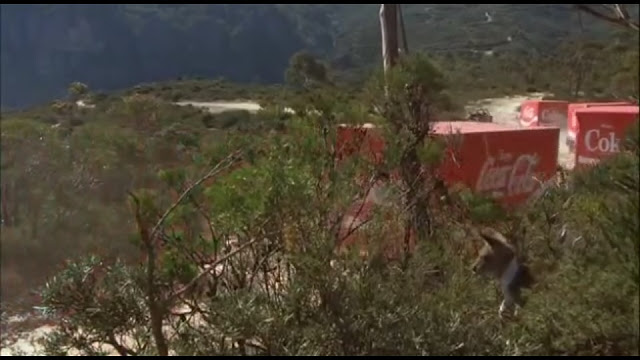 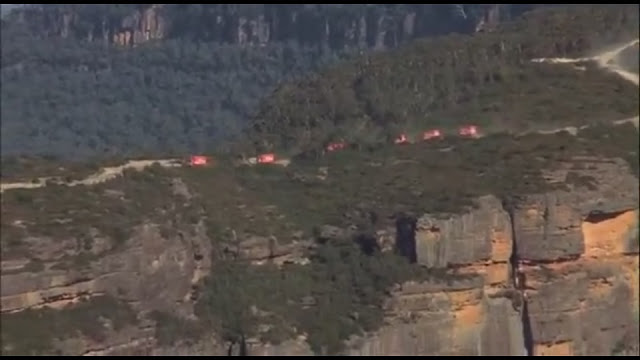 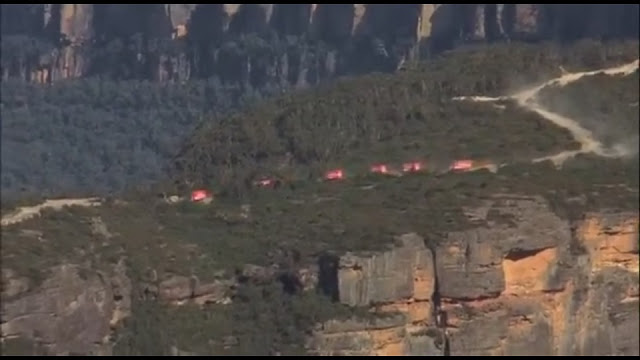 The Coca-Cola Kid is as eclectic a movie as its crew. Yugoslav director, American lead, and Aussie production! It has its pros, but also just as many negatives too. Whether you wanna see it or not really depends on how interested you are after reading this review. If you like the subject matter, then go for it, but otherwise you might wanna watch something else...
Posted by Chris Hewson at 1:34 AM